How to survive a childhood in St. Louis

You know the expression, you don't realize what you've got till it's gone? My appreciation of St. Louis grew substantially when I left for college.

In fact, my senior year of college I took a public speaking class and gave a 10-minute speech about surviving a childhood in St. Louis (spoiler alert: I was being facetious because I didn't just survive my childhood, I THRIVED!). I think my non-St. Louis friends will attest to my St. Louis obsession.

As of Tuesday, Sept. 2, I no longer work in Miami, I don't have a place to live, and there isn't much left for me there since the only people in MIA I actually like are busy in med school. Anyway, Tuesday night I realized how much I miss St. Louis so I booked a flight and was in the Lou by Wednesday morning.

It was the best decision I've made in months.

Miami is a great city, but St. Louis is better. That's just the truth. And there are stats to back this up. Whether it's the friendly people, the cleanliness of the city, the free museums and zoo, the professional sports, proximity of everything in the city, the amazing public schools... the list goes on and on.

One of my all-time favorite St. Louis pastimes is attending St. Louis Cardinals games. So much so that within one hour of landing in STL on Wednesday, I was at a Cards game with Papa Stones. I also went to tons of games with friends and ate my weight in soft pretzels. Although the Cards are my favorite STL professional sports team, I did attend the Rams home opener with Papa Stones and Micaela.


St. Louis also has this awesome hot air balloon race that leaves out of Forest Park each September, and the night before the race there is a balloon glow. Basically, all the hot air balloons are tethered to the ground and they light up. It's gorgeous.


What else have I done... I went to the Zoo with my dad, ate lots of brunch food, rode around on my dad's bike, tried new restaurants, enjoyed the 65 degree weather, hung out in Forest Park, practiced archery, ate some delicious Ted Drewes frozen custard, walked around the St. Louis Art Fair, took a cooking class with my grandma, and went to the dog park A LOT with baby Carter (who I brought with me to STL) and my sister's new puppy, Sitka.


The saddest part about leaving for South Africa will be leaving baby Carter with my dad and sister here in St. Louis. Not only will we miss each other greatly, but he's already 12 years old and I really hope he doesn't pass while I'm abroad (although the Vet said he has the health of an 8-year-old! Carter-1, Aging-0).

I leave for South Africa in exactly four months. I don't know what the next four months hold for me, whether I'll stay in St. Louis... Naples... Miami... but for the time being, I'm livin' it up here in the Lou. 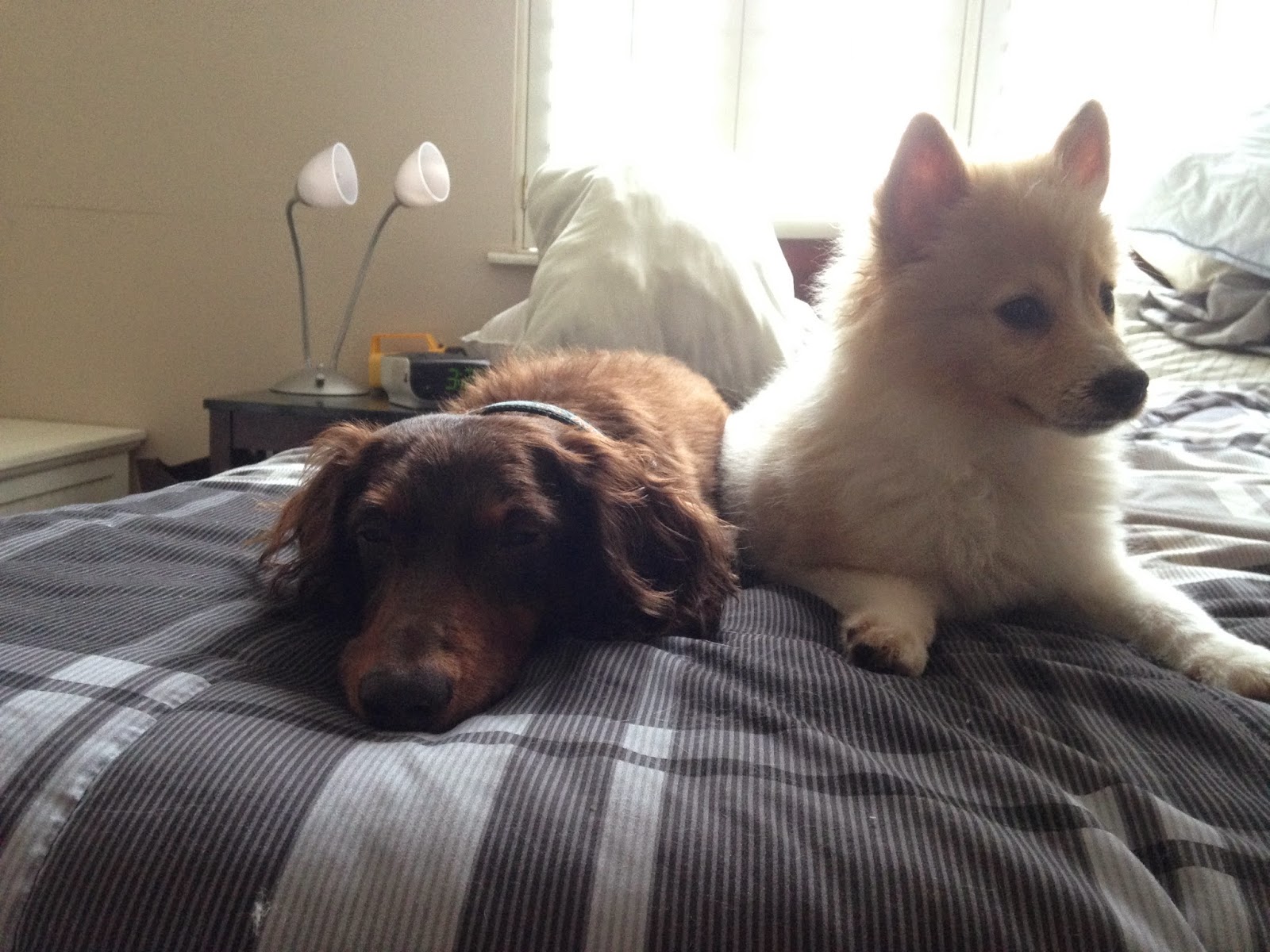