**If you’re only interested in the updates, scroll down ;)

South Africa is a unique country for many reasons, but one that stands out the most to me after living here for over 5 months is the economic disparity throughout the country. Yes, economic disparity exists in every country around the world, but not in nearly the same way that it does in South Africa.

In America, some people are rich and some people are poor, but there are not whole towns without running water, indoor plumbing or electricity (actually, there are, but not as many). In my village, I have to bathe in a bucket, pee in a hole in the ground, pray that the JoJo has water, and live without air conditioning and heating. That’s not a problem for me. What’s a problem for me is that less than two hours away in Pretoria, all of those amenities exist yet are unavailable to the people in my village.

A story that has really stuck with me throughout my service is something that happened during PST. My cohort was in Pretoria for a museum trip, and naturally we get a lot of questions from locals about being Americans and what not. A man said to my friend Jess, “I’m glad you’re here. Everyone in America thinks we are poor and hungry, but now you can see that we’re not”. Well sir, I hate to break it to you, but just a few hours from here, people are poor and they are hungry. Just because you’re blind to it doesn’t mean it doesn’t exist.

Other volunteers frequently tell me about experiences they have bringing white South Africans to their village, or showing them pictures of the conditions in their village, and they actually cry because they didn’t realize what was going on in their own country.

In some schools there aren’t enough teachers so students spend an entire semester-long class sitting alone in a room trying to teach themselves the material. What broke my heart more than anything was seeing a little girl make an outfit for her stuffed bear out of a used plastic bag, and a volunteer in Northern Limpopo says that she frequently sees little kids eating out of the trash pit.

Education is power. It’s the same reason why blacks were denied education during Apartheid (cause those in power knew what educating people can lead to – smart, self-sufficient, strong, capable people – something that makes oppression much harder).

In the small way I can, I want to help. I want to start a girl’s group to teach young women about puberty and safe sex practices. I want to start a boy’s group to teach them about gender equality. I want to give children the resources and confidence they need to finish school. I want to start as young as the pre-school teaching kids about self-confidence and education. I want to help teach young children English so when they get to school, they are a step ahead and can keep up in the English-taught classes. I want to create a perma-garden at the youth center to teach about sustainable growth and income generating activities. I can’t make people succeed, but I can give them the resources and tools to help them try. After my initial integration period, I hope to implement some, if not all, of these projects.

We talk a lot about sustainability in the Peace Corps. In the grand scheme of things, I am in South Africa for a very short time and I can’t change the whole community in two years. Therefore, my job isn’t to lead; it’s to guide. I want to give people the resources to do the job for themselves, that way, when I leave, the projects I help implement can continue without me. This is especially important for me cause I may be the last volunteer at my site, so what I create now needs to last.

Peace Corps also operates with a bottom-up approach. I don’t spend anytime lobbying government for new infrastructure, or petitioning for a change in the school system – I work with people to help them move up.

When I left for South Africa, I thought that everyday would a complete culture shock, that I would spend everyday trying to adjust to life here, and don’t get me wrong, that happens a lot (like when I look out my window and there is a cow staring at me, or when someone yells at me in Setswana and I have no idea what they are saying) but more often than not, I find myself forgetting that I’m in South Africa. Maybe I’m just adjusting quickly, but I’ve come to the conclusion that people all over the world are just… the same.  Other than the fact that we speak different languages, people here are just like people in America. Yes, they have to worry about money and food in a way that Americans don’t, but in reality, they do the same things. South Africans wake up, go to work, come home, cook dinner, hang out with friends, go to bars on the weekends, and gossip. Kids like to play games with friends, they go to school, avoid doing homework, and rebel against their parents.

A few years ago I met a psychologist who worked with female Sudanese refugees. She said she was very worried that she wouldn’t be able to help them because she had never experienced something so horrific and couldn’t relate to their experiences. However, when she met the women, they mostly wanted to talk about their boyfriends, the women they didn’t get along with, and how their kids were misbehaving. Despite the huge cultural differences, we all have a lot more in common than we think.

People here are living their lives, just like people in America; it just looks a little different from the outside.
UPDATES!

June 13-16 was All Volunteer Conference. Every PCV in South Africa met in Bloemfontein at a conference resort/hotel place and we got the chance to meet other volunteers and attend sessions. I see people in my cohort a lot (well, a bit), whether at trainings or in my shopping town, but its hard for me to meet people who aren’t in my cohort, and even harder to meet the education volunteers since we don’t have any trainings in common and we have different bosses, but this conference gave me the chance to interact with people I normally never would have met. I think there were over 100 PCVs in attendance! I also got to learn from other CHOP volunteers about programs I’ll get to implement in the future. Free food all day doesn’t hurt either ;) Can’t wait till All Vol 2016!

After two blackberries and multiple repairs, I finally got my IPhone unlocked! It took weeks to contact ATT and restore the phone so it would be compatible with a South African sim card, but it’s well worth it. Now I get to sell my shitty blackberries to finance my travels. Also, I totally forgot how to type on an IPhone…

I got a tattoo! If you follow me on instagram (@morganleestoner – and you totally should) then you already know this. It’s cute, right? 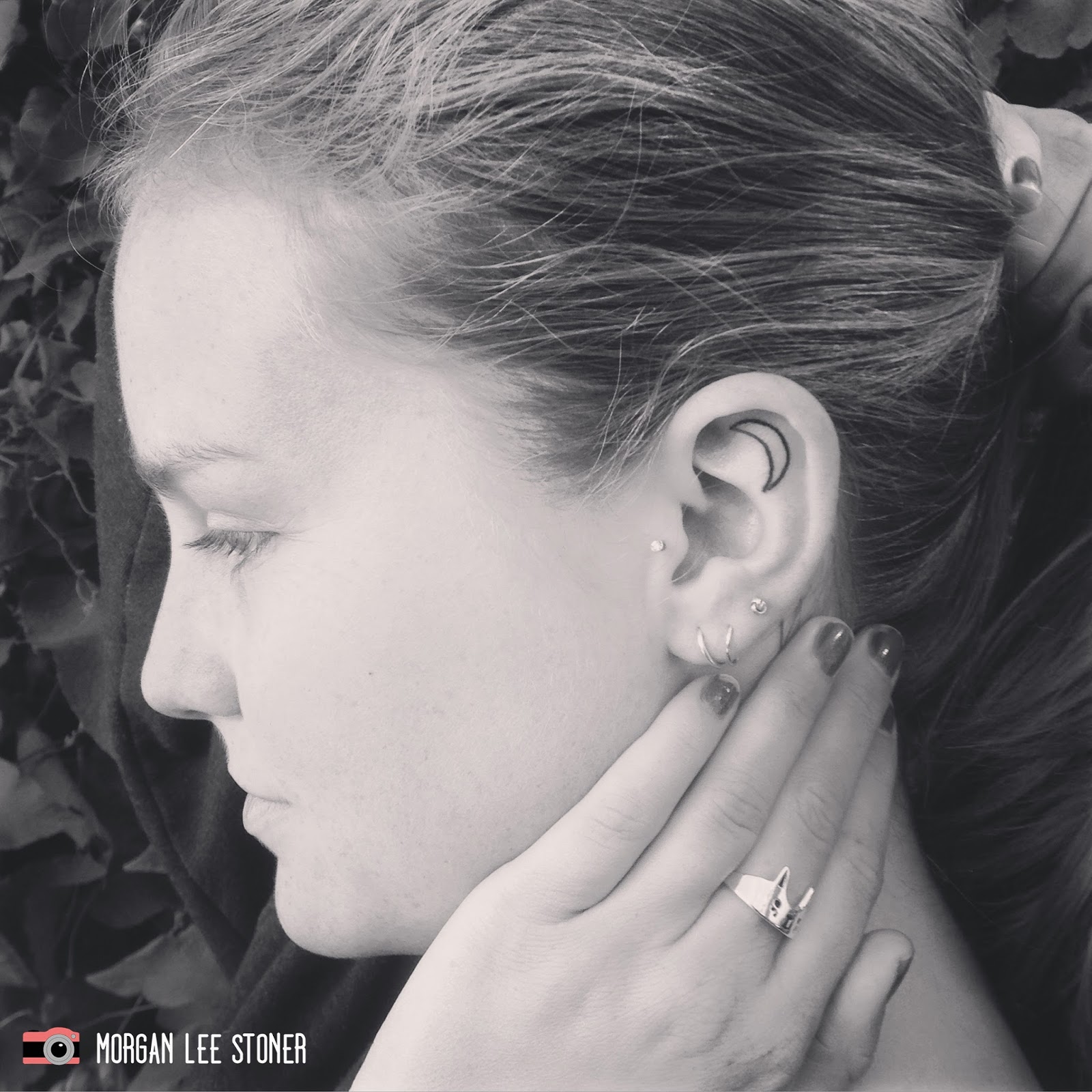 My org recently got a donation of 7 brand new laptops! Now we get to teach the kids computer skills, which will come in handy when it’s time for them to write CVs and apply to university or jobs (especially since most of these kids have never touched a computer before). 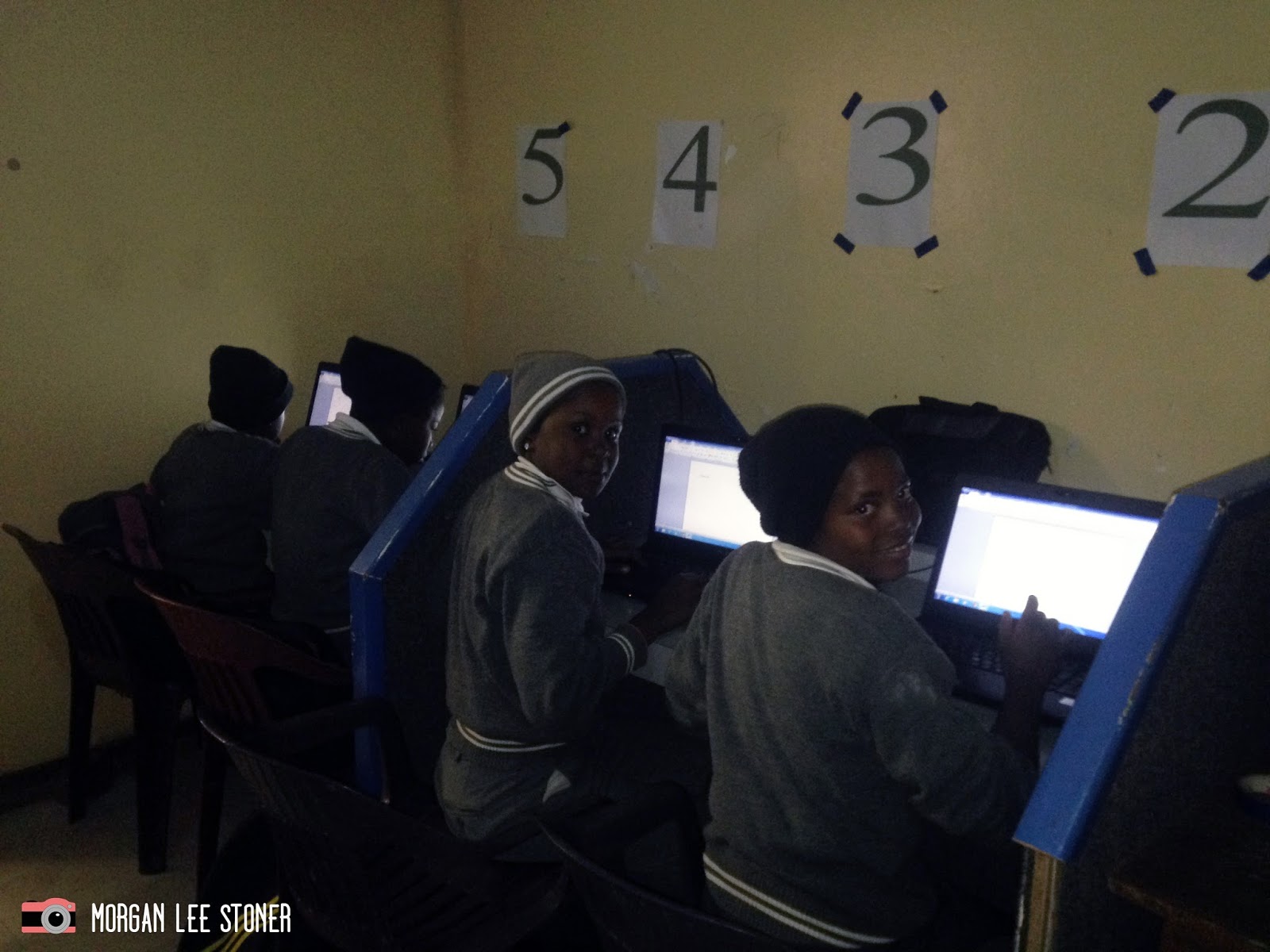 I thought I’d include some more pictures of my home/life since people seemed to enjoy my house tour. 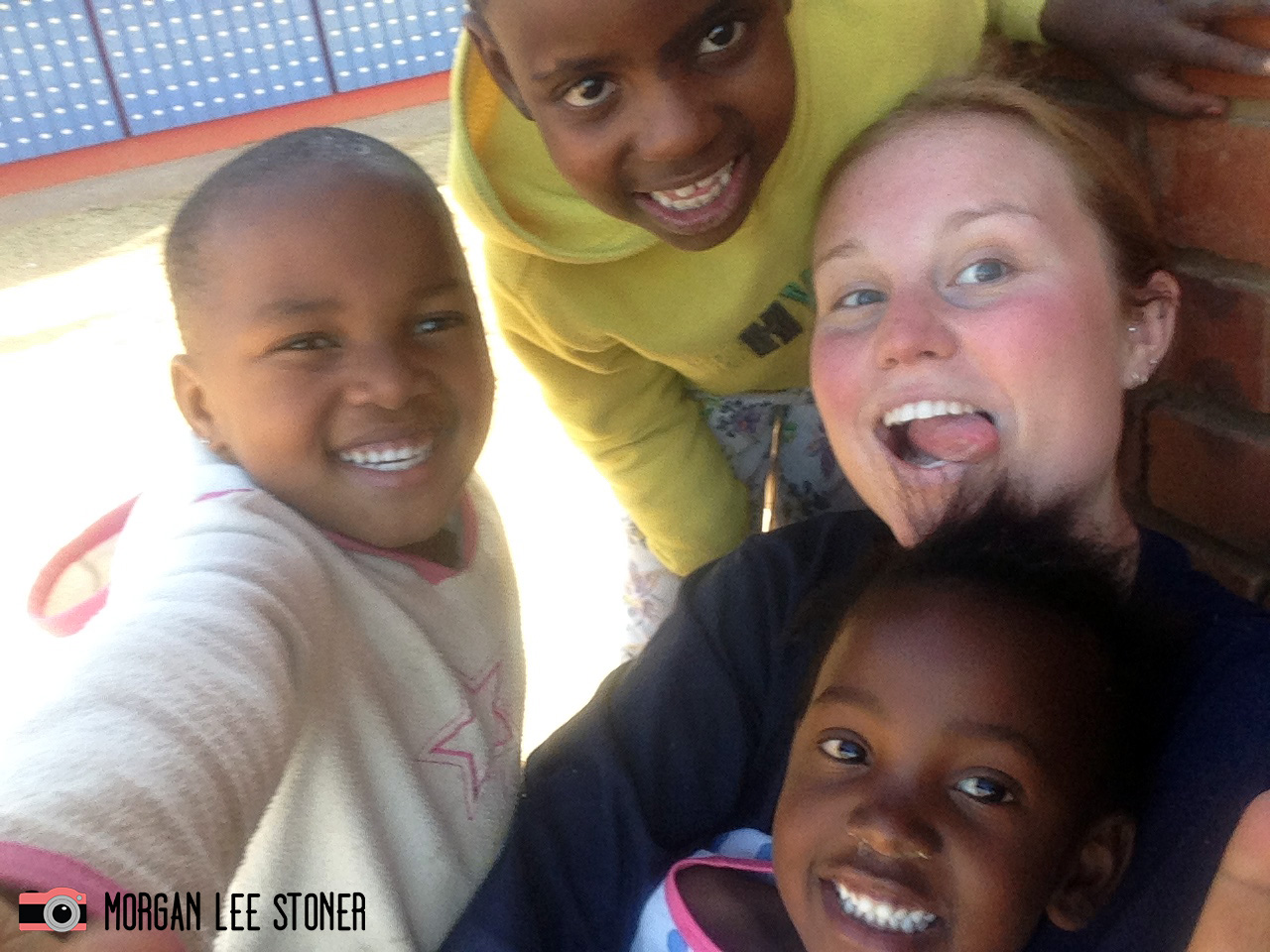 (Laundry is the worst 2 hours of my life, but not gonna lie, seeing all the clean clothes hanging on the line is pretty satisfying) 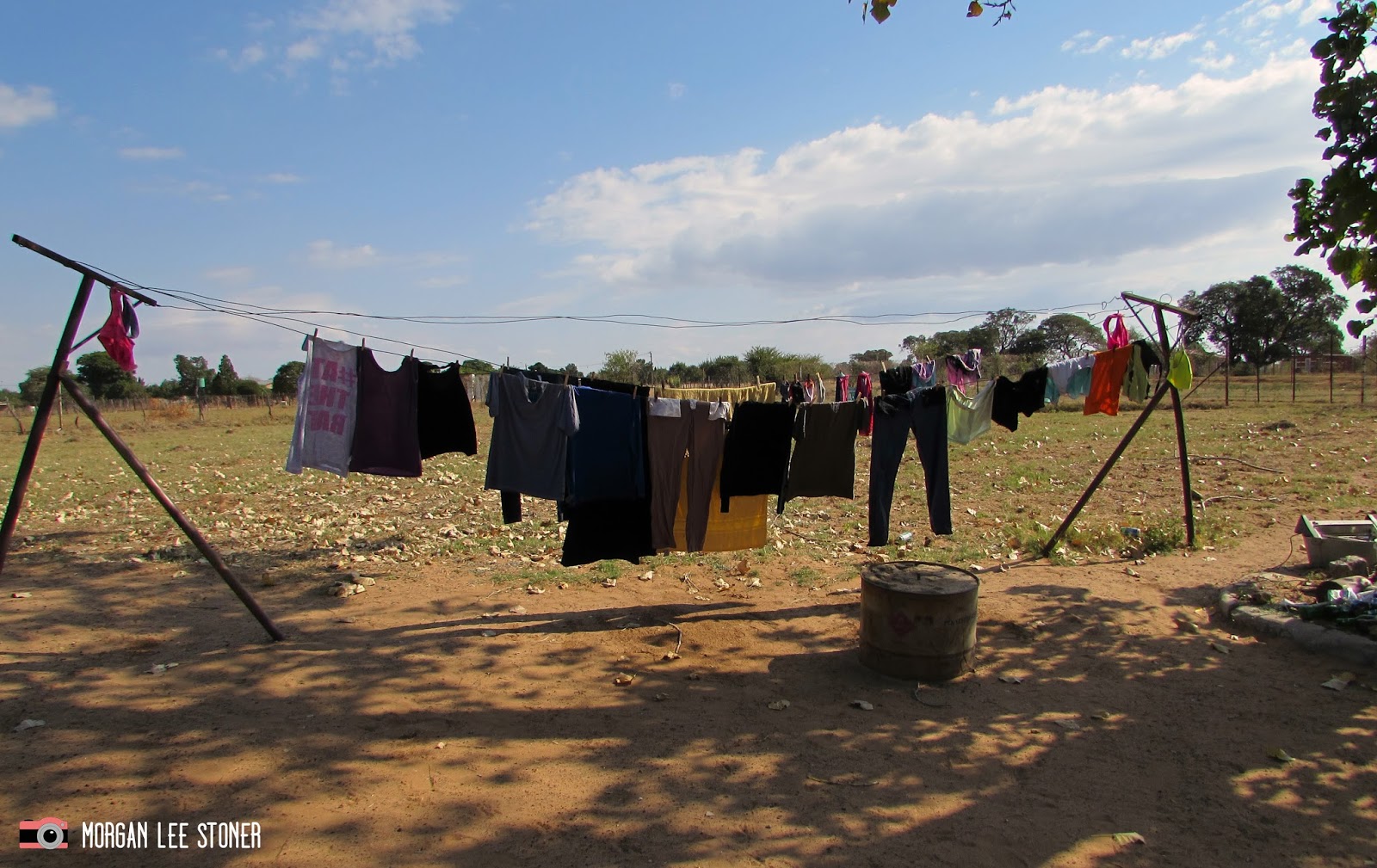 I “adopted” my neighbor’s dog, Short Stack. I started calling him that cause he’s short but I didn’t realize it would stick so quickly. Now, I kinda hate the name but it’s too late to change it cause all the kids call him “SHORTY!” I like having him around cause I get all the benefits of having a dog without all the responsibility.
Shorty just killed his first chicken (which is a BIG no-no in African culture) so he’s been tied up :/ 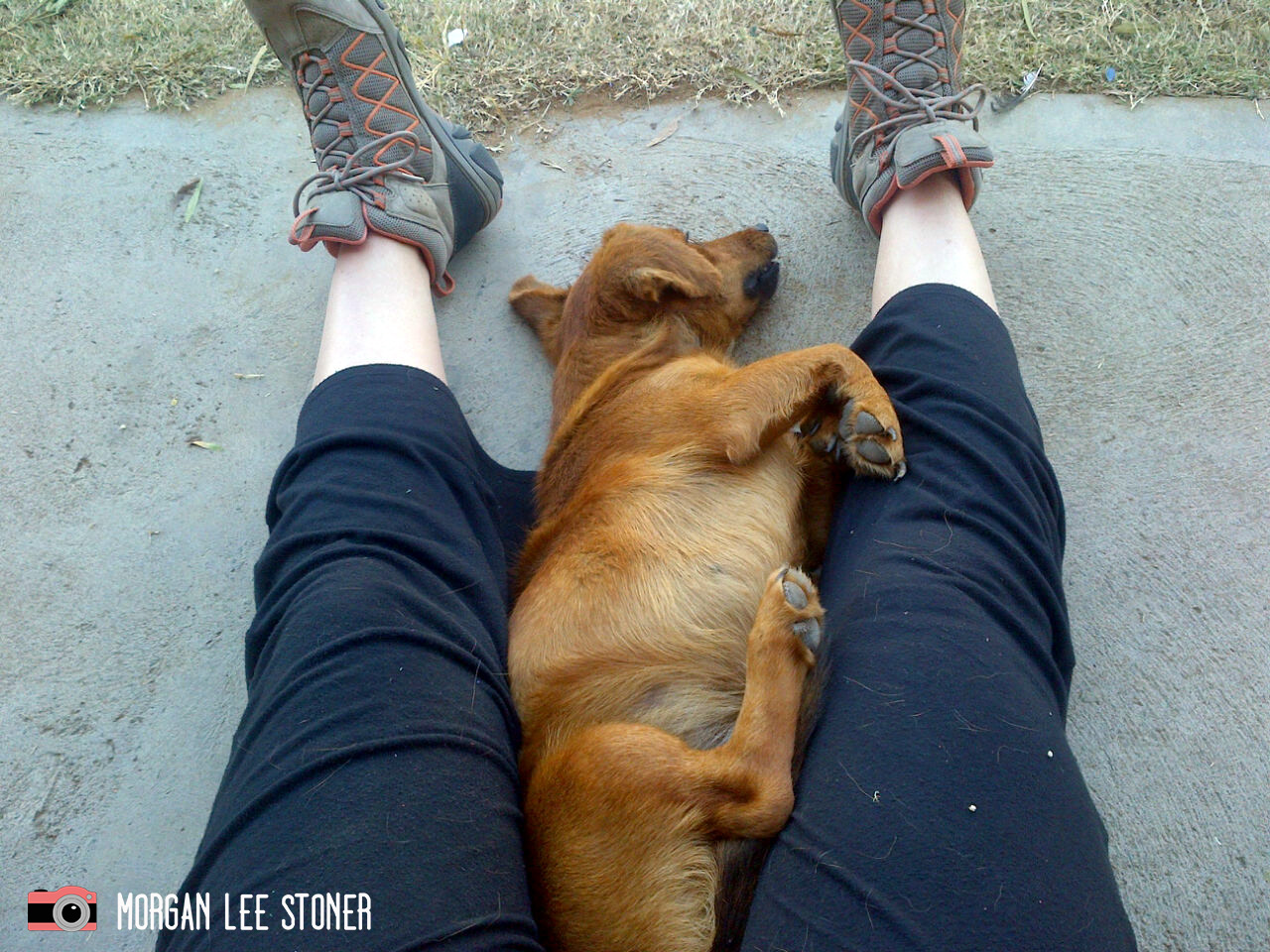 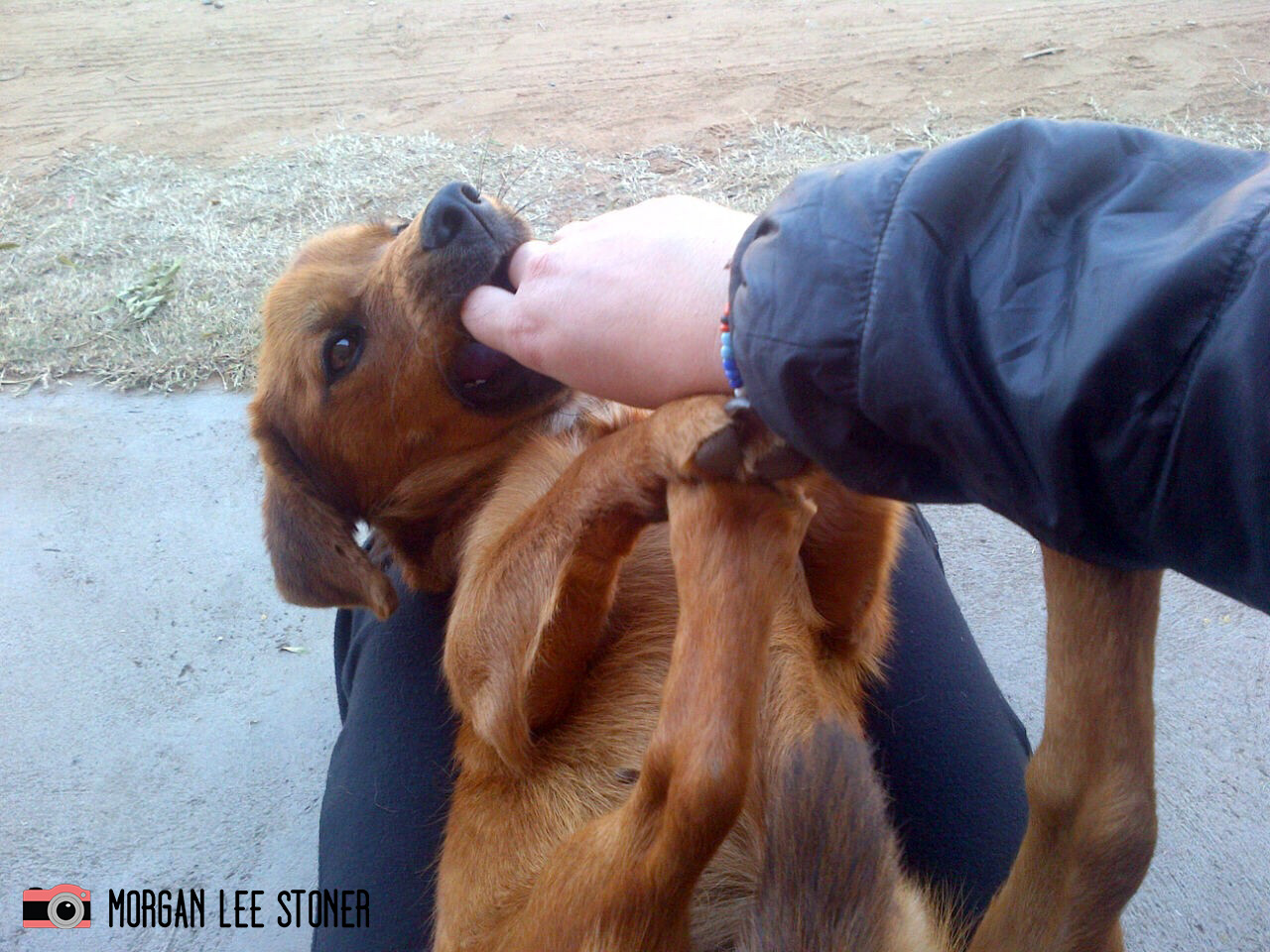 I’ve been in South Africa over 5 months now and I’m lovin’ every moment!