In addition to July 4th being the day of Independence in America, it was also my family’s TOMBSTONE UNVEILING! (also, follow me on Instagram for my Fourth of July post hehe @morganleestoner)

What is a Tombstone Unveiling, you ask?

In South African culture, when someone dies they are buried in a rudimentary grave with rocks and a place-holder tombstone, but sometime after the death, the family buys a tombstone and “unveils” it. Unlike American funerals, which can be a somber affair, South African funerals and Tombstone Unveilings are straight up parties.

Recipe for a great Tombstone Unveiling:
I spent 30 minutes talking to my supervisor about the reasoning behind Tombstone Unveilings, and this is what I gathered (I’m still kinda confused): Maybe the family is waiting for coffin to be built. Coffin stealing is pretty common in South Africa so apparently waiting a year lessens that chance? Maybe initially the family couldn’t afford a tombstone when the person died. A Tombstone Unveiling is also a show of wealth because some families splurge on large, ornate tombstones. A common theory: If you don’t spend money, you don’t love the deceased. 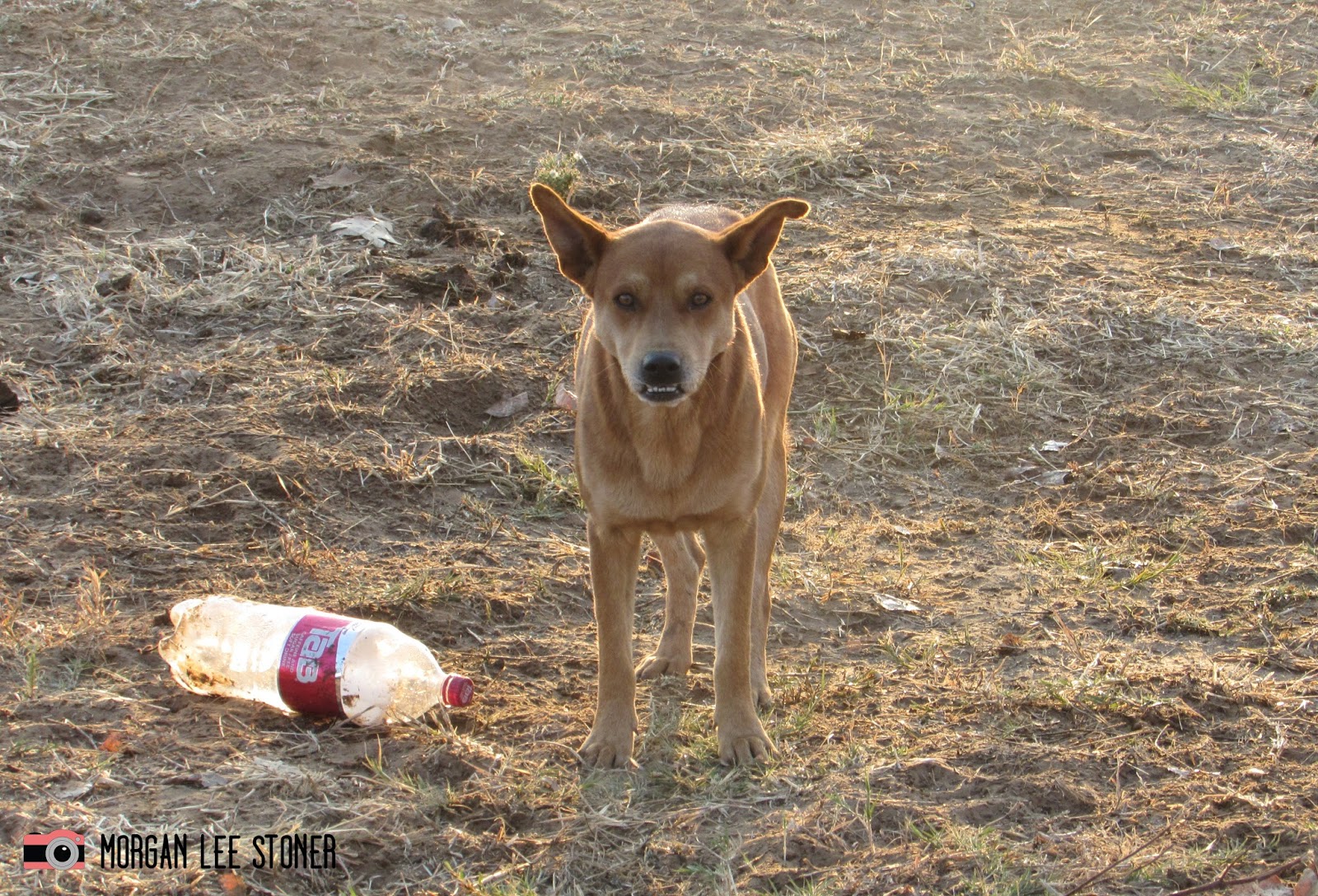 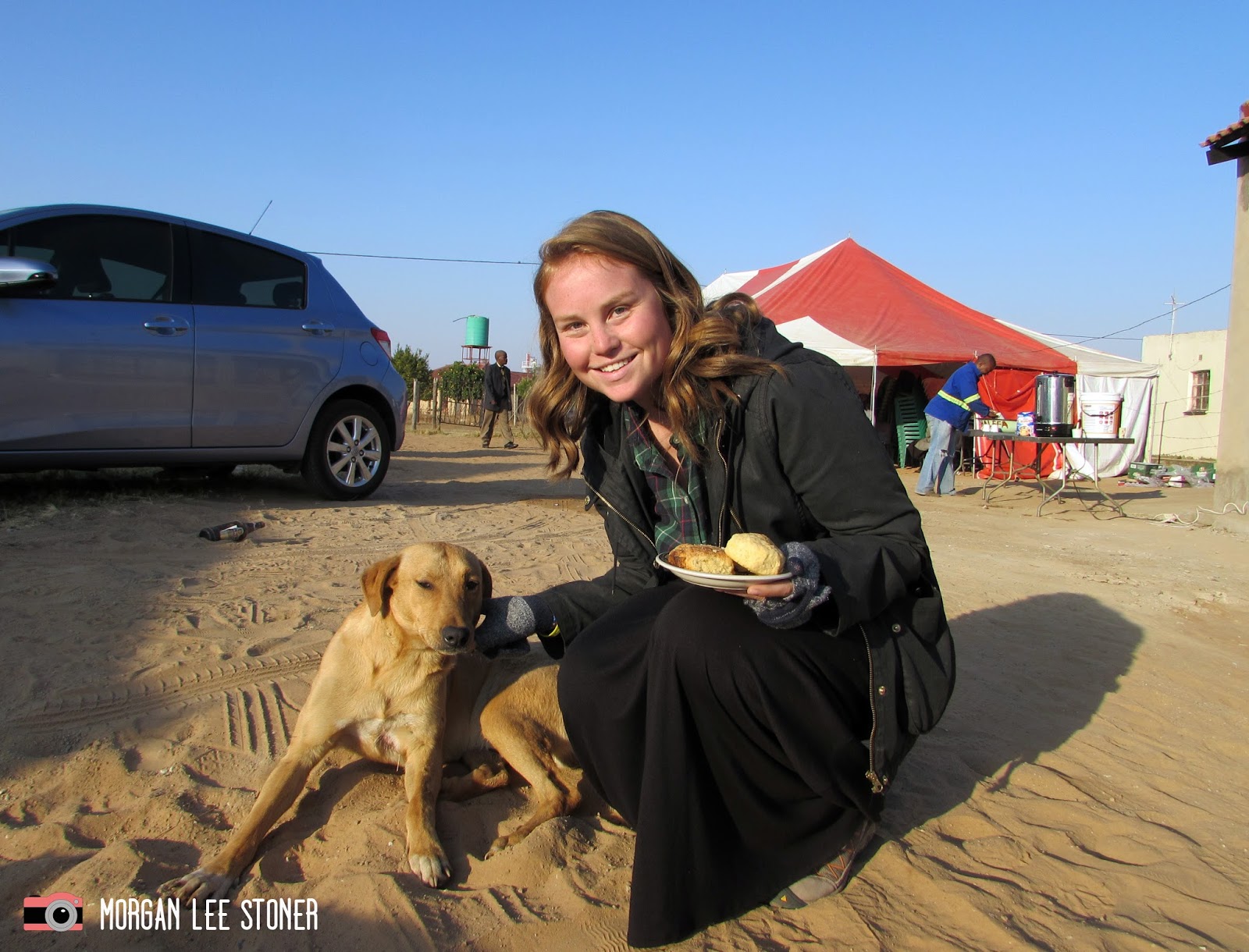 We spent the morning at the African Catholic Church and from there, we moved on to the cemetery to “unveil” the tombstones. My family’s tombstone unveiling was actually for six family members because my mom was most likely trying to save money by having all the unveilings together with one party. After the church and cemetery portion of the day, the party started.

There's a group called a "TROPA". I'm not sure exactly what they do, but they come to all funerals and Tombstone Unveilings. They perform traditional military type ceremonies with singing and dancing and wear awesome uniforms.

I had a quick outfit change for the after party into my traditional Sepedi dress. It was a huge hit and gogos loved talking to me about it! 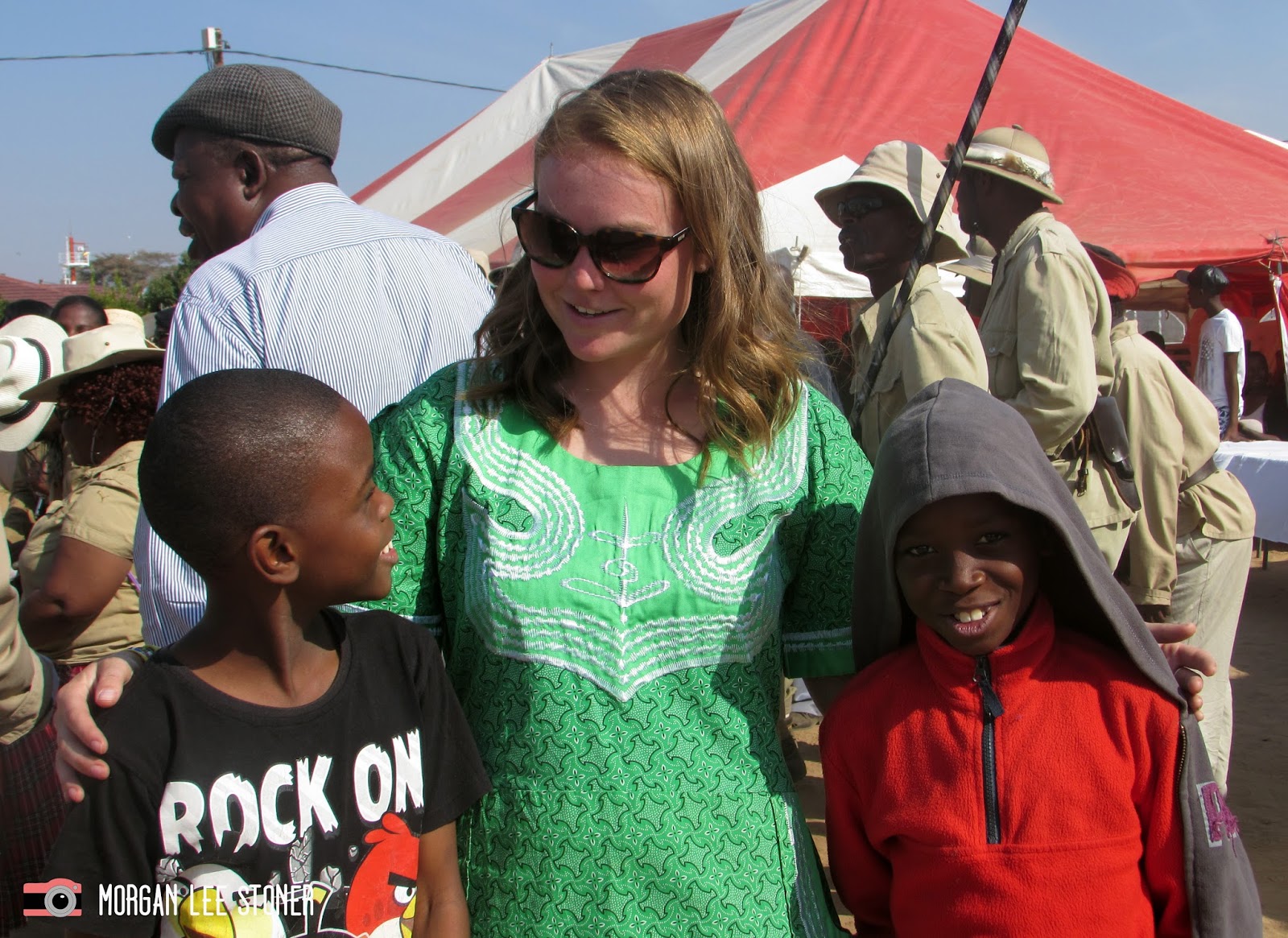 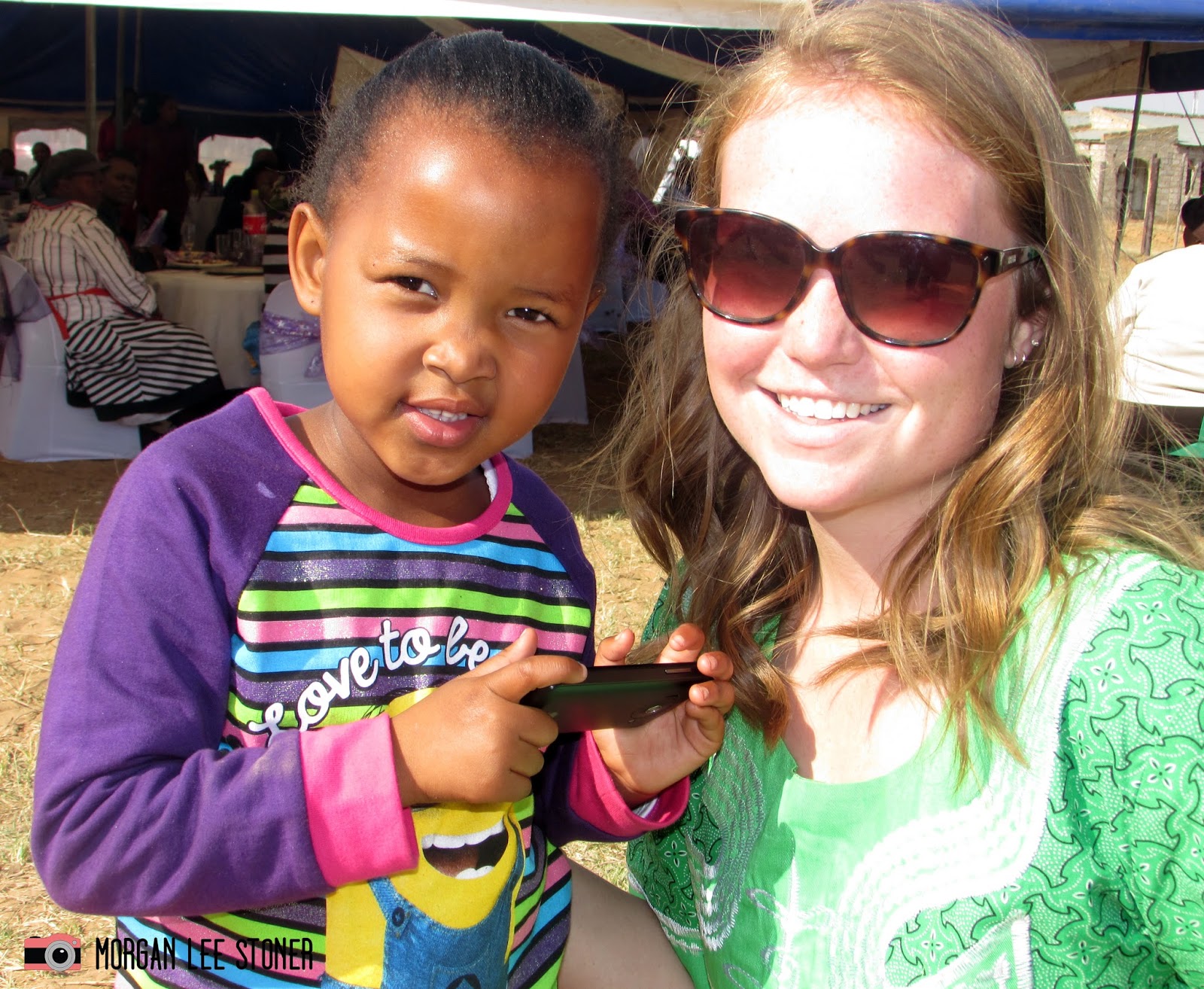 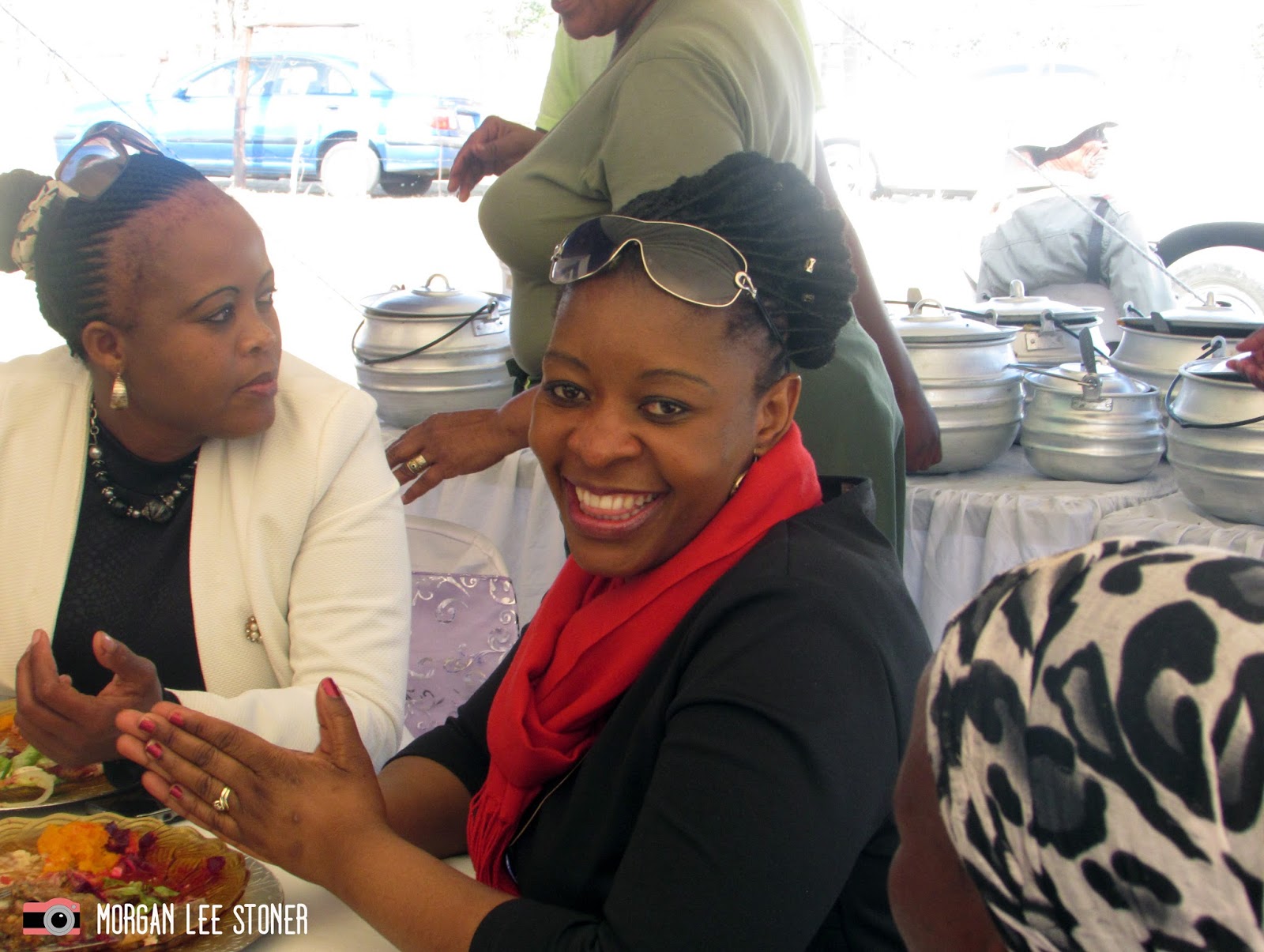 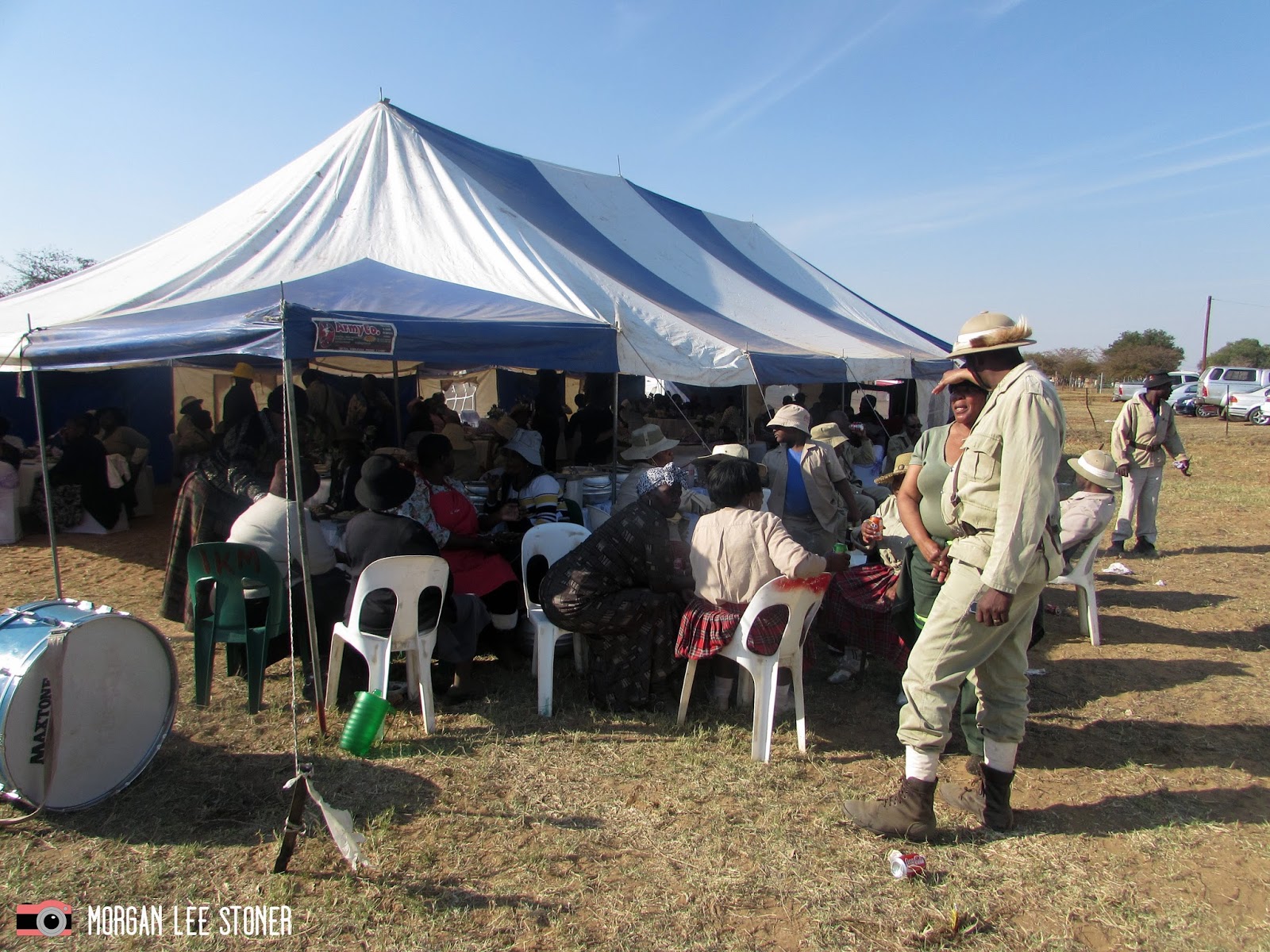 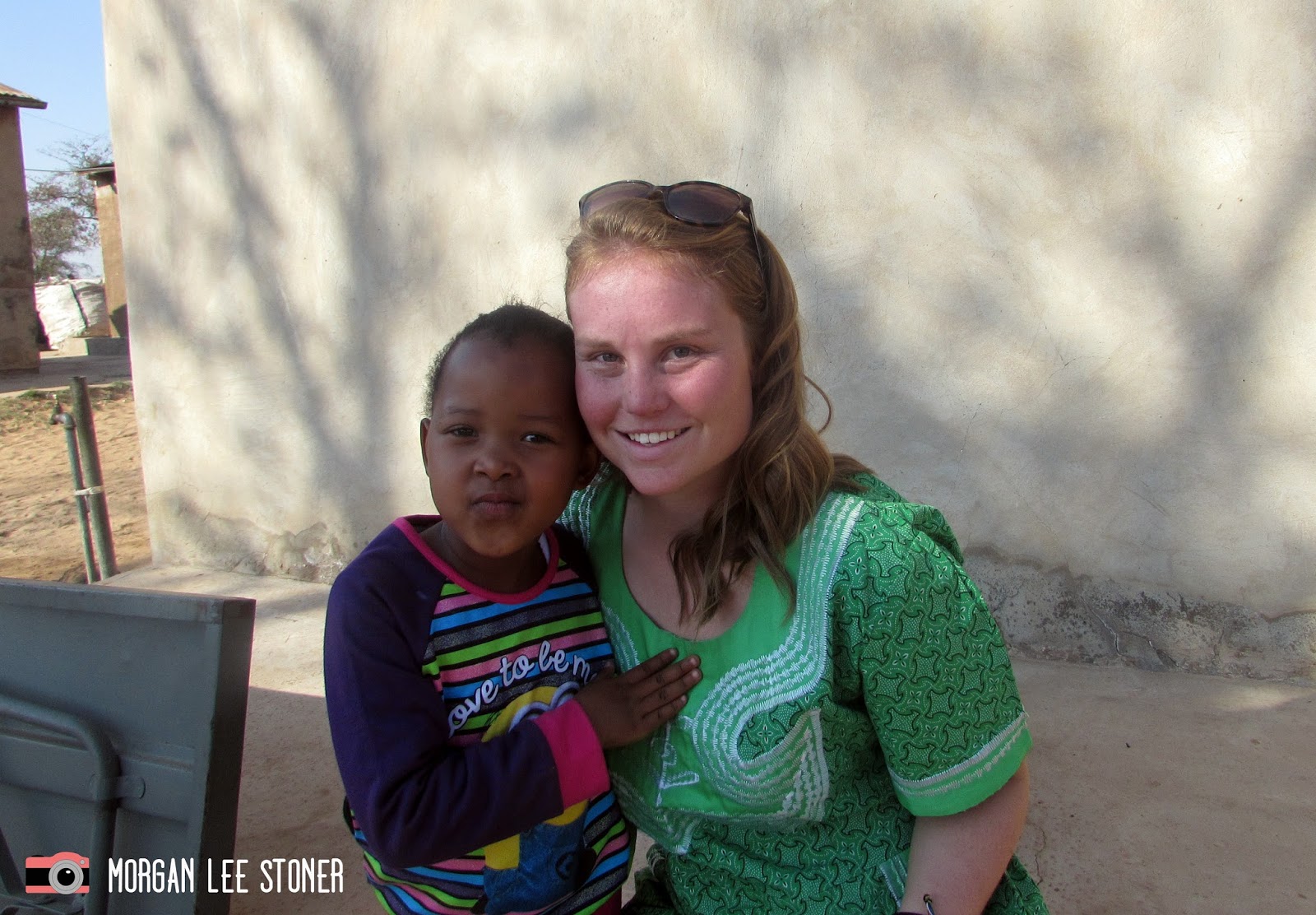 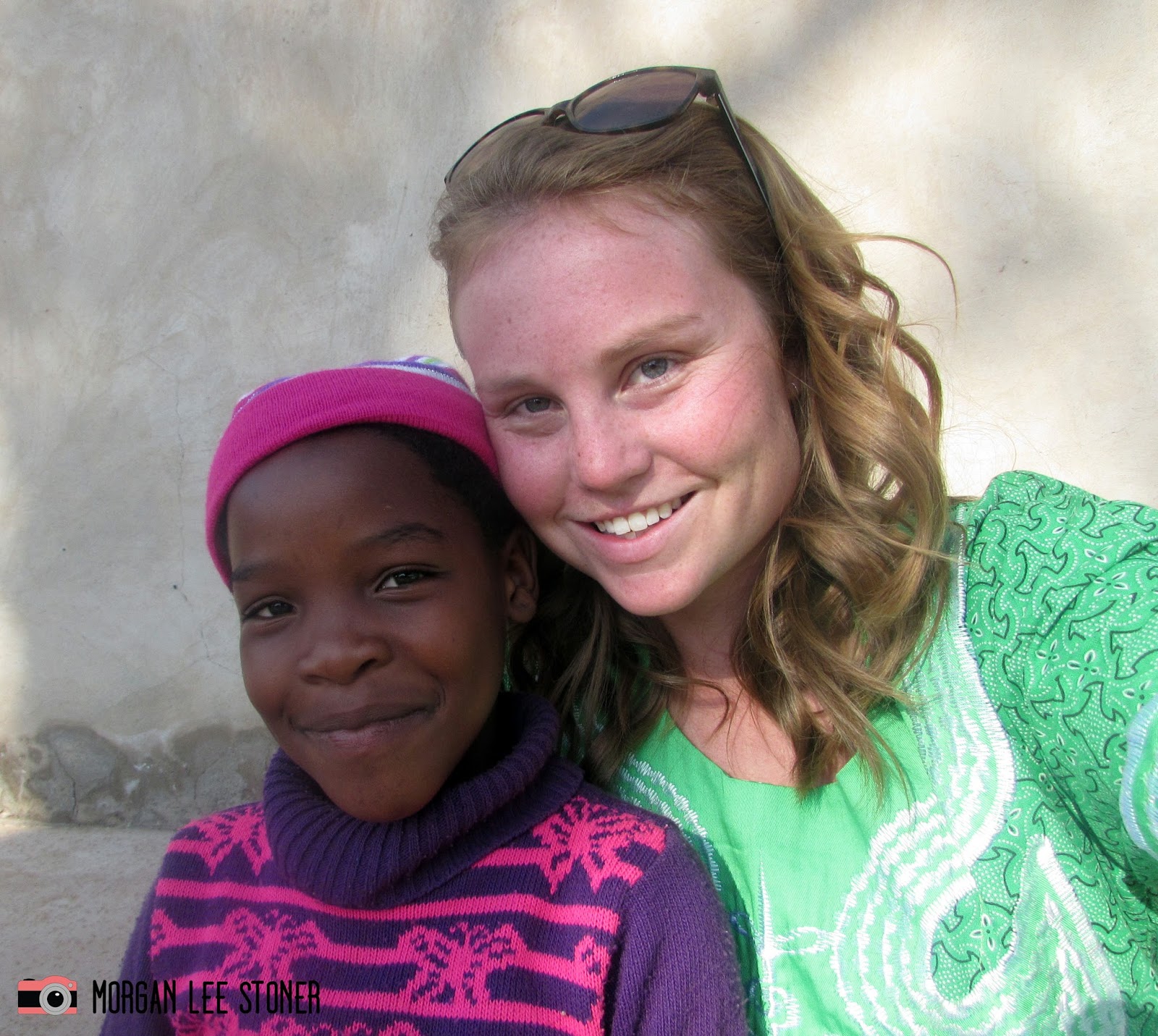 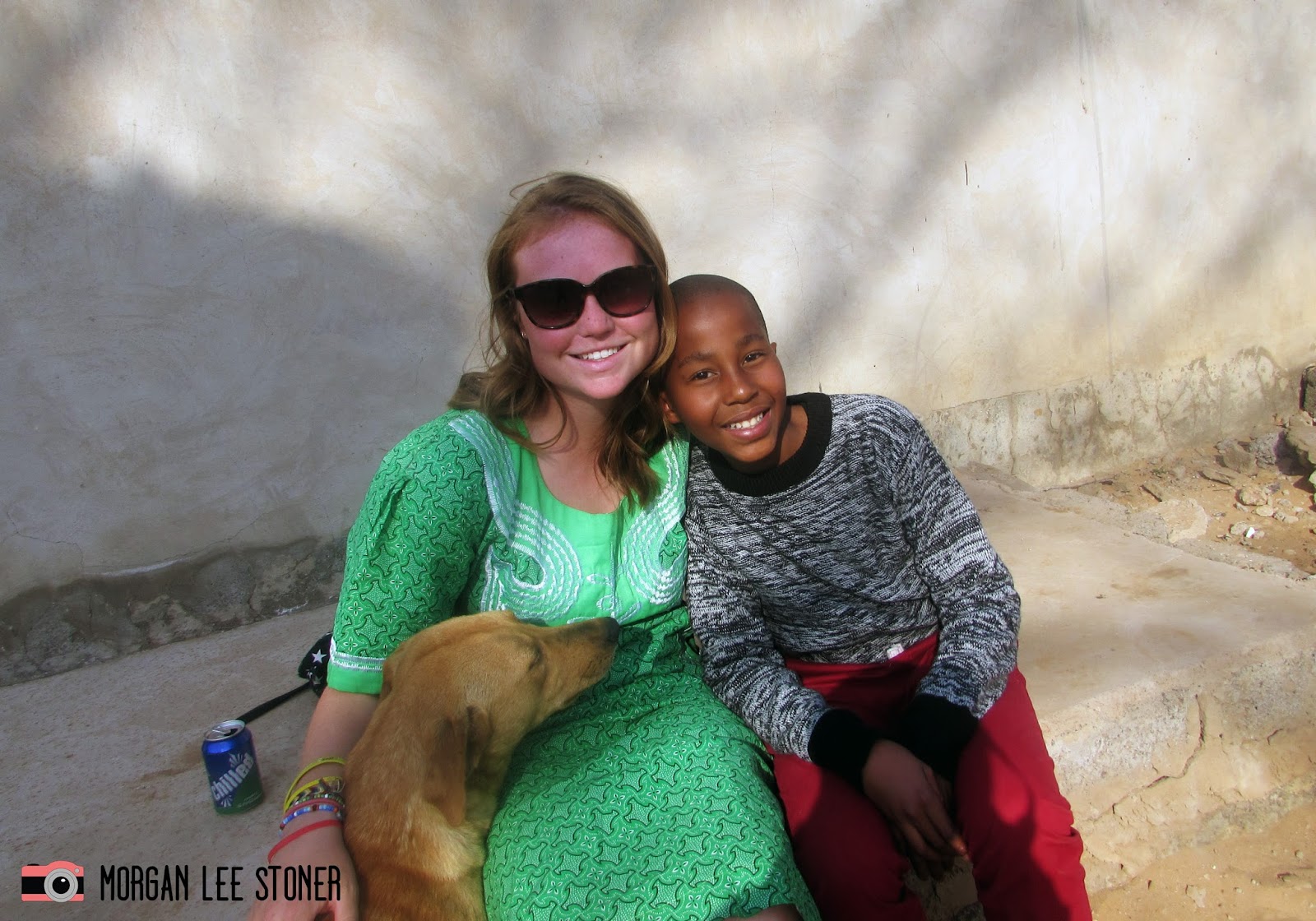 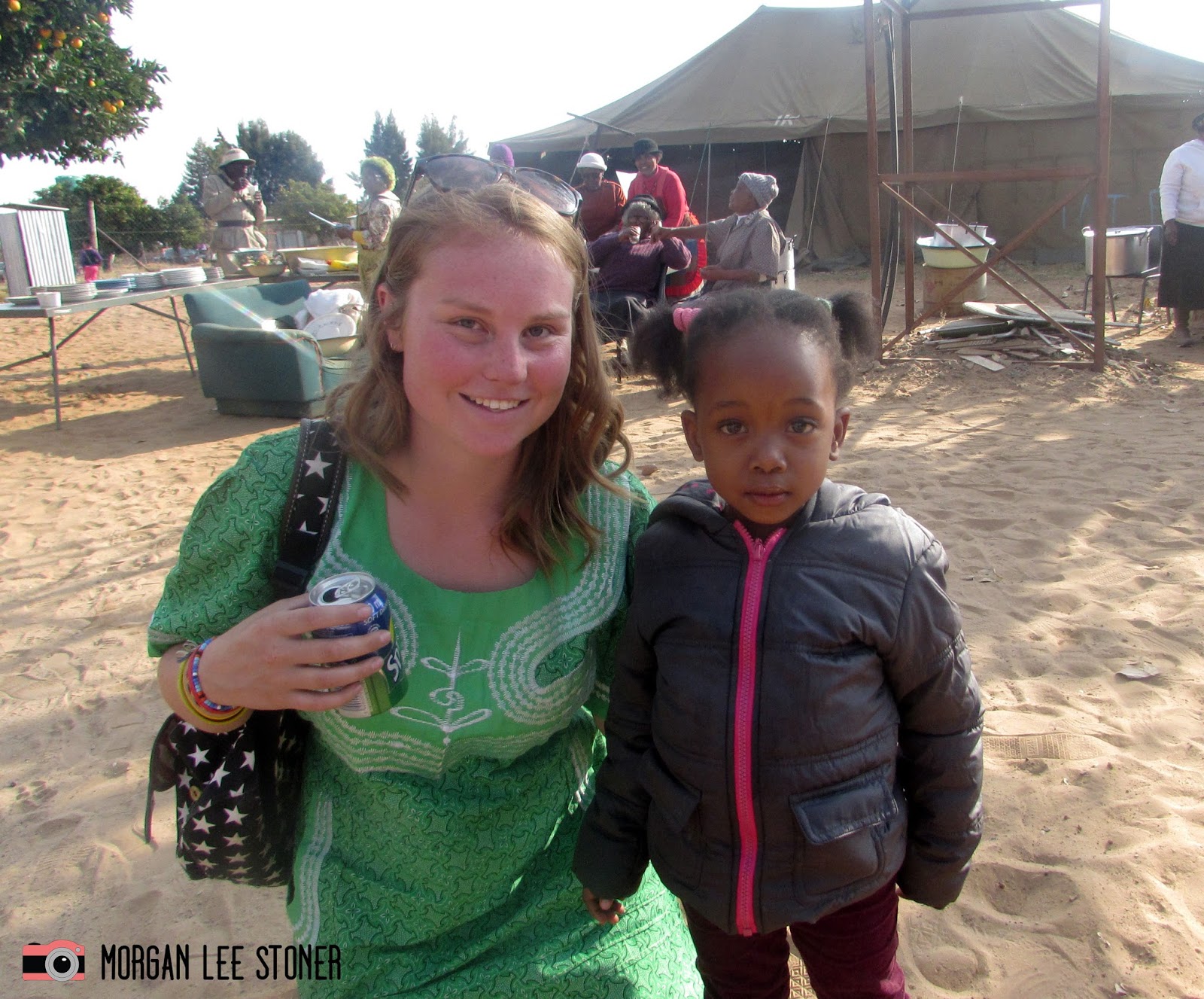 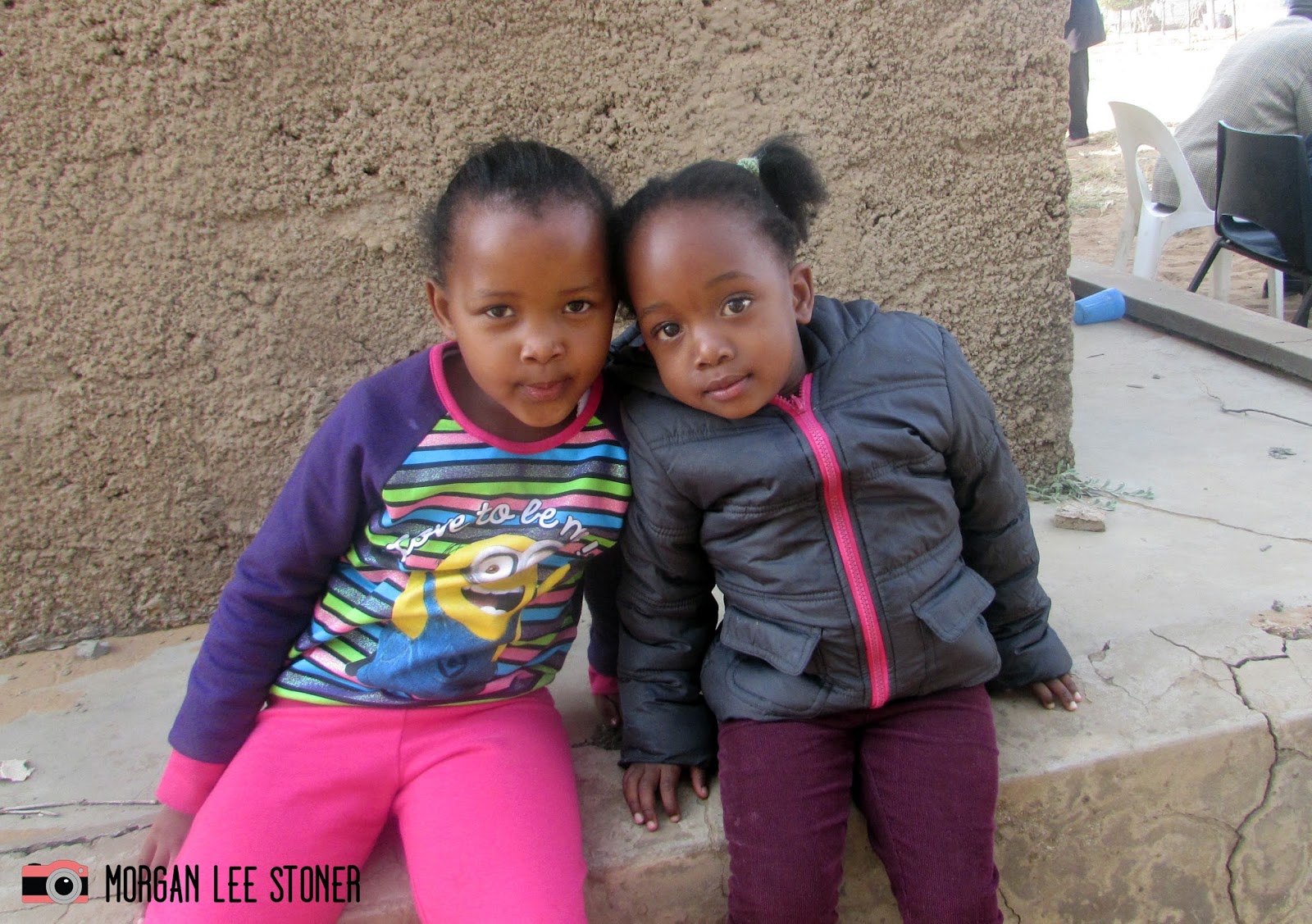 This little cutie had a tube of lipstick in her pocket that she continually applied throughout the party. Adorable! 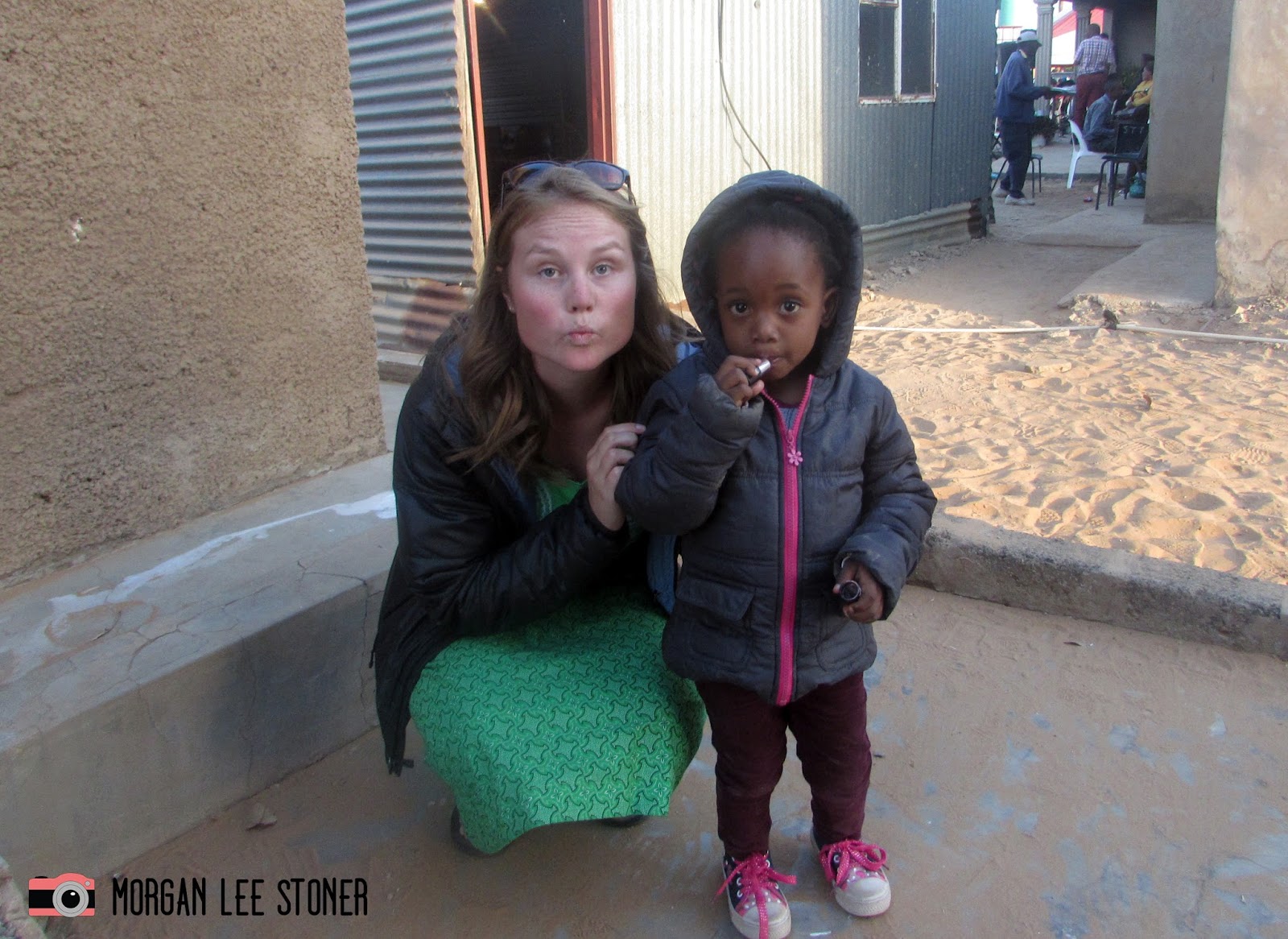 I hope you guys learned a little more about South African culture, and if you have anymore questions, feel free to leave them as a comment!