If you remember, a few months ago I wrote about my CNA (community needs assessment) and all the work I was doing to complete it. Well, as part of my CNA, I conducted a Student Health Survey among secondary students in Mmametlhake. The survey asked questions about sexual health, alcohol consumption, and tobacco use in order to learn about the health of students and where intervention is most needed. 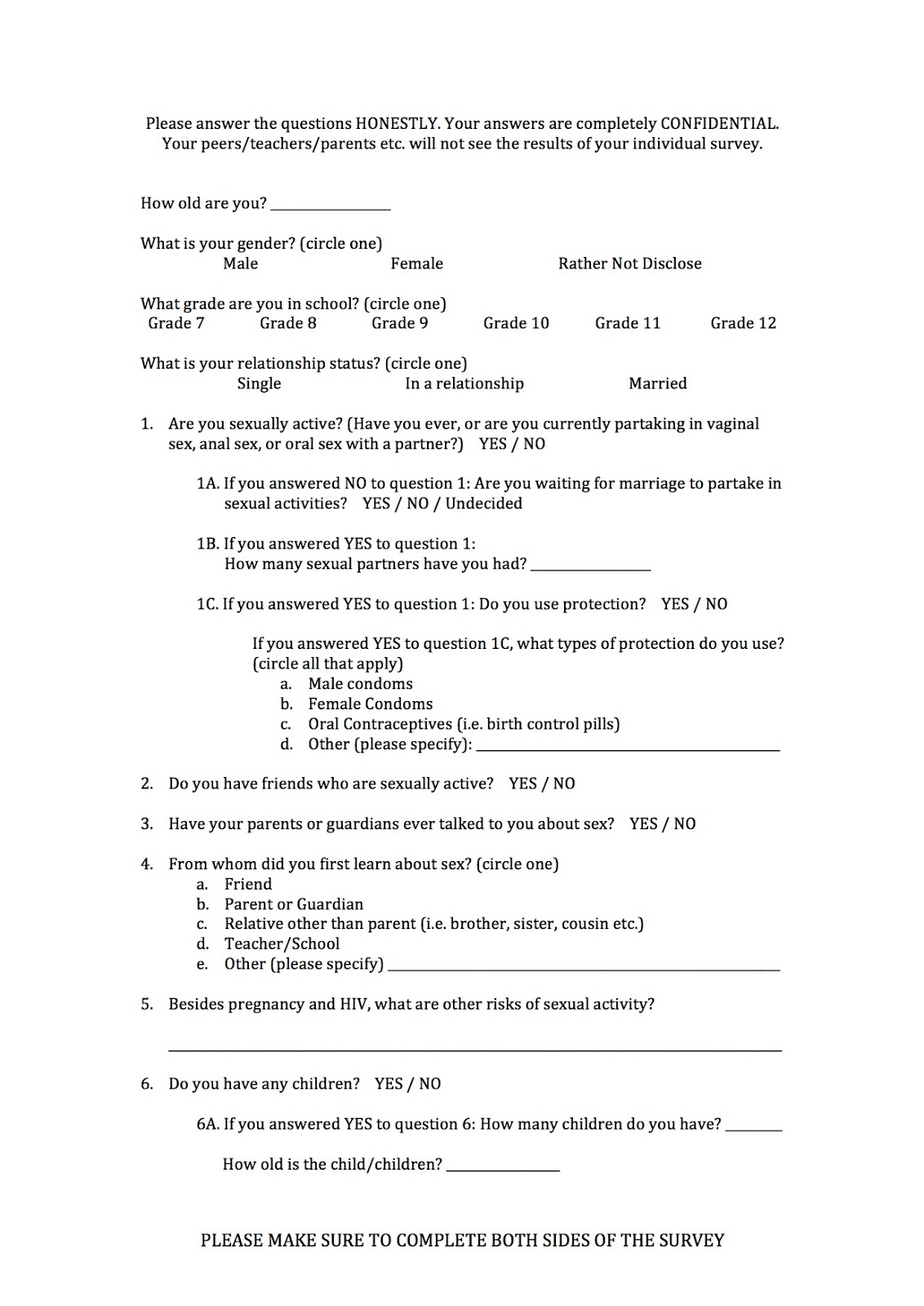 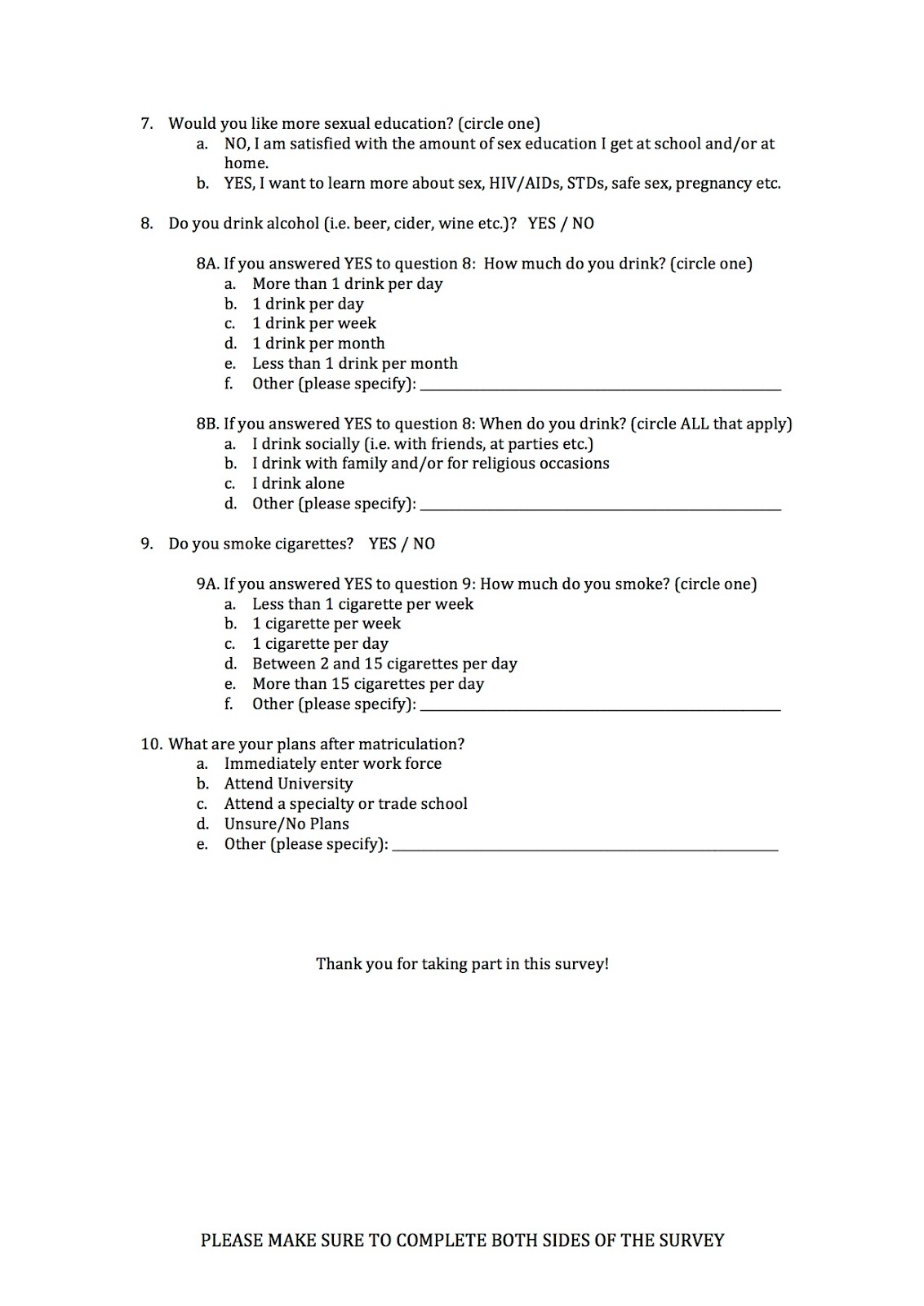 Here’s what I learned:
*sorry if it’s a bit dry, but the results are really interesting if you take the time to read, and I bolded the important stuff for ease

In addition to asking about personal sexual history, the survey also asked about peer’s sexual activity. According to the survey, 69.1% of the females and 73.5% of the males have friends who are sexually active. This number is a lot higher than the 33.3% of girls and 52.9% of boys who admit to being sexually active themselves. These results can lead to the assumption that some learners are lying about sexual activity on the survey because they are more willing to admit their peers are having sex than they are.

Question 3 asked whether the surveyed’s parents had ever talked to them about sex. 70.7% of the females and 52.9% of the males answered “yes”. This shows that parents are more likely to talk to their daughters about sex than their sons. Although the number of parents talking to their daughters about sex is very high and encouraging, an intervention can be done here as to encourage parents to also engage their sons in the discussion.

Many learners know about HIV and pregnancy as a risk of sex, but this survey hoped to learn if they also know about STDs and other risks of sexual activity; therefore, an open-ended question was asked in that regard. Most learners did answer that STDs and STIs are a risk of sexual activity, but another common answer was “dropping out of school”. Also, multiple girls answered “low self-esteem” whereas none of the boys answered that. Clearly, someone is educating the girls on this matter, and not the boys. A disappointing answer was from four learners who answered “none”.

Question 6 asked about whether the learners have children. Only six of the 123 girls have children (4.8%) compared to 14 of the 117 boys (11.96%), three of those 14 boys (21.4%) have two kids. This shows that the girls who the boys impregnate are not in school because they either never attended, or they had to drop out due to the pregnancy. One boy in particular has a 5-year-old child and he himself is only 16!

When asked about plans after secondary school, the majority of girls and boys answered that they plan to attend university (87.8% of girls and 71.8% of boys). Other plans include immediately entering work force, (2.4% of girls and 14.5% of boys) and attend a specialty or trade school (1.6% of girls and 4.27% of boys).

What do you think? Are you surprised by these results? Do you think surveying a high school in America would show in the same results?

I plan on expanding this survey to more learners when I have the time, but for now, these results have been very helpful!
peace corps south africa