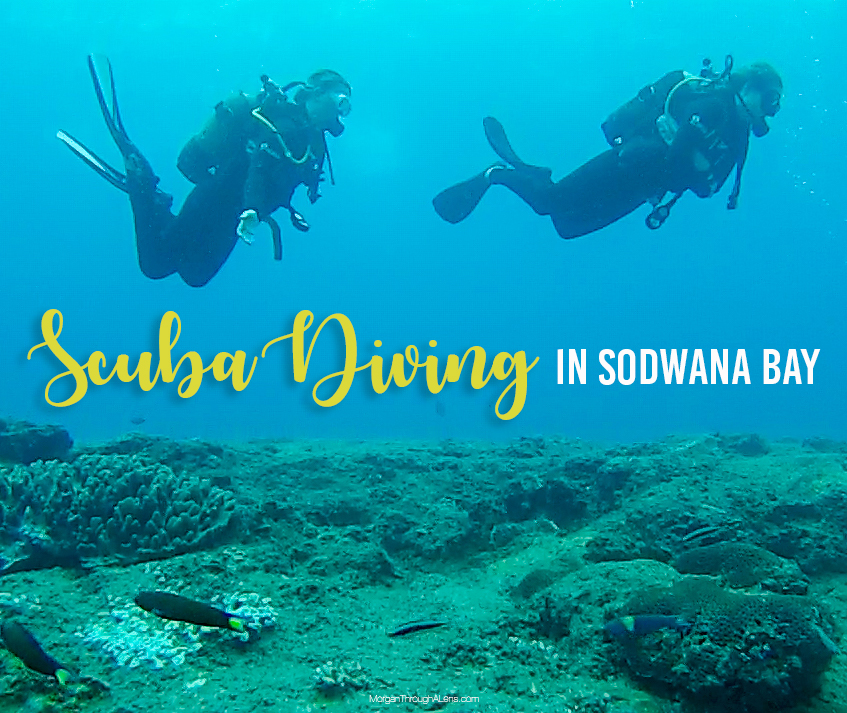 This blog post is going to be kinda blah, so bare with me.

I took my second vacation of service to Sodwana Bay to scuba dive, and then to Richard’s Bay for Thanksgiving with some fellow PCVs.

The reason this post is so blah is NOT because the vacation was blah, but because I didn’t take many pictures. I was too busy living in the moment and whatever (I know, I wanna barf too), and there isn’t much to say about scuba diving because it is indescribable and you just need to do it yourself. Seriously, just do it.

I went to Sodwana with Jess, from my cohort, and Jill and Jen from 29. We took overnight buses from Pretoria to Durban each way, and public taxis from Durban to Sodwana. Despite the long travel days, we had a blast!

I’ve wanted to dive ever since I got to SA, but no one in my cohort is certified, so when Jess told me she wanted to take a class, I jumped at the chance. Jess, Jen, and Jill (who are collectively known as the J’s) all got their open water certification, and since they were taking classes, I decided, why not? So, I signed up for the advanced certification class.

We stayed at Coral Divers in tents and brought our own food to cook (self-catering for the win). I didn’t think we could ruff it more than we do each day in our villages.

The J’s had a much more strenuous class schedule than I did, so I ended up spending a lot of time with Joelene, a girl in my class, and some of the divemasters and instructors. They were awesome and even drove me to get groceries when we ran out, and took me out with them to local bars to hang out.

I did manage to take a few stills from a GoPro video that another diver took, which I kind of don’t want to post because there is no way they can do the reef justice, especially since the colors are distorted, but oh well.

Things I saw: White tip shark, giant ray, sea turtle (like, a really big one), eel, paper fish, lion fish… and basically all the fish in Finding Nemo. Side note: I didn’t realize this till after, but I was diving in the Indian Ocean, cool huh?!

P.S. How funny do I look in some of these pics?!

I met some awesome people, dove six times, got my advanced scuba certification… everything else from the trip, I’m keeping to myself. I know, I normally overshare, but some things just can’t be put into words.

After spending Sunday through Saturday in Sodwana Bay, I traveled to Betty’s house in Richard’s Bay to have (belated) Thanksgiving lunch with some PCVs; The J’s, Betty, Bobbi, Matt, Anna, Austin, Cathy, Jason, Sandy, Pam, and Greg (I really hope I didn’t forget someone…). I stayed an extra night in Sodwana after the J’s left on Friday, so I had to get to Richard’s Bay by myself. I had a friend drive me to the local taxi rank, which helped a ton, but the rest of my travel was a mess. Flat phone, broken taxi, random stops, lost villages… I got to Thanksgiving lunch an hour late (I’m really learning to embrace African time). I loved getting to see PCVs I haven’t seen in months, eating food I didn’t have to cook or pay for, and just relaxing in Betty’s amazing house 🙂

Until next time, Ocean.

Where should I go diving next? Let me know in the comments!

Where to eat in Pretoria