Boy was my trip to Cape Town quite the chaotic whirlwind. I honestly don’t know where to begin (nor how much I should be sharing on social media...), so I’m just gonna type this up travel-guide style and hope for the best.

When did we go: 23 December – 2 January, aka summer time. It was hot as balls and crowded AF because it was peak tourist season, but I liked spending NYE in a big city with lots goin' on.

Who did I go with: Cathy, Chenoa, and Austin from my cohort. Jane and Ndu joined us on the 30th.


Where did we stay: Zebra Crossing on New Church St. (walking distance to Long Street which is the tourist/party area). R210/p/n

What did we do:
Wednesday, December 23: We flew into Cape Town and our first stop was a Mexican restaurant, obviously. 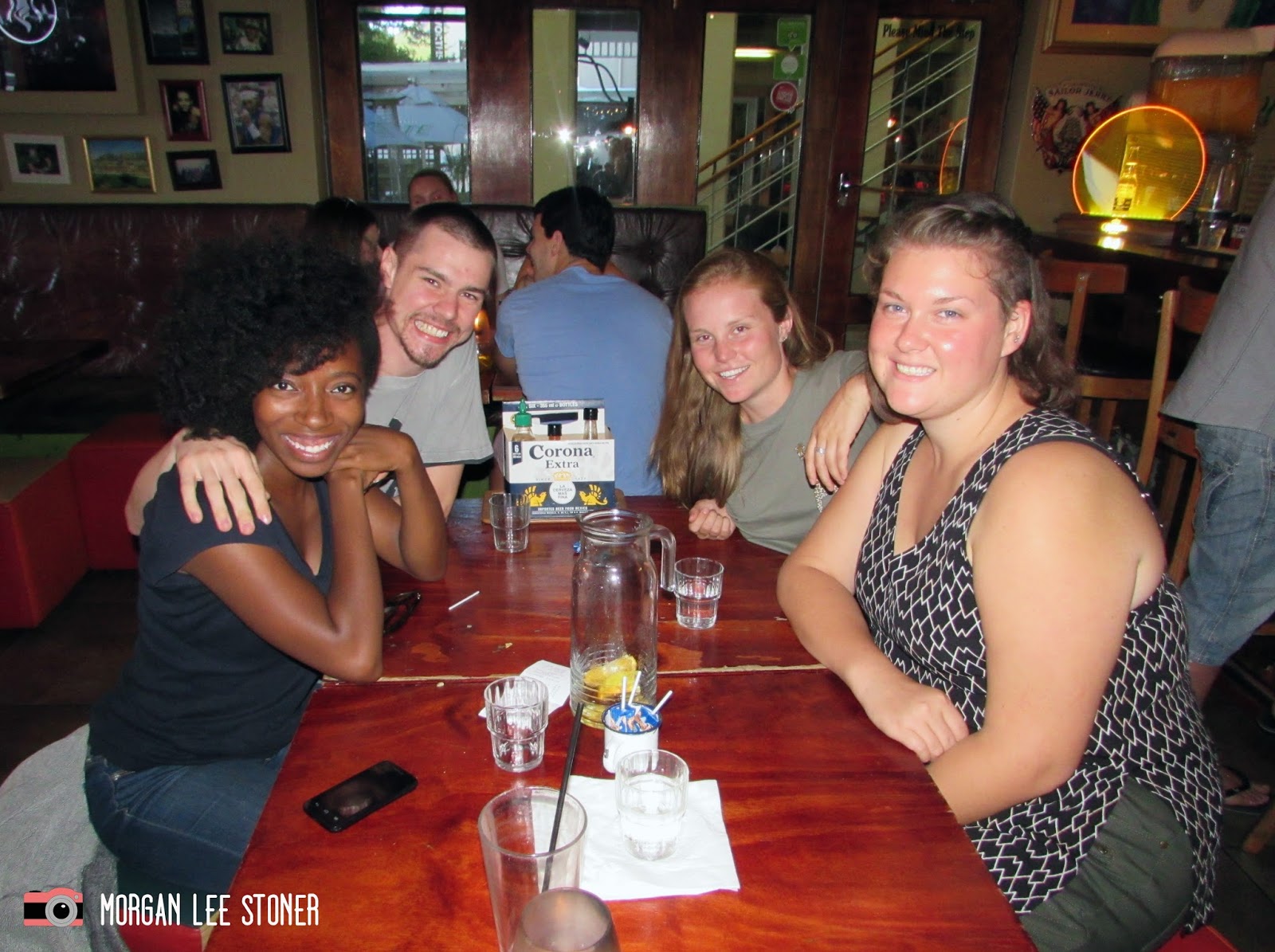 Thursday, December 24: We were originally supposed to cage dive but it was rescheduled due to weather, so Austin and I went to the Greenstreet Market, Old Biscuit Mill, and the Victoria & Alfred Waterfront where we met up with Cathy and rode the ferris wheel. 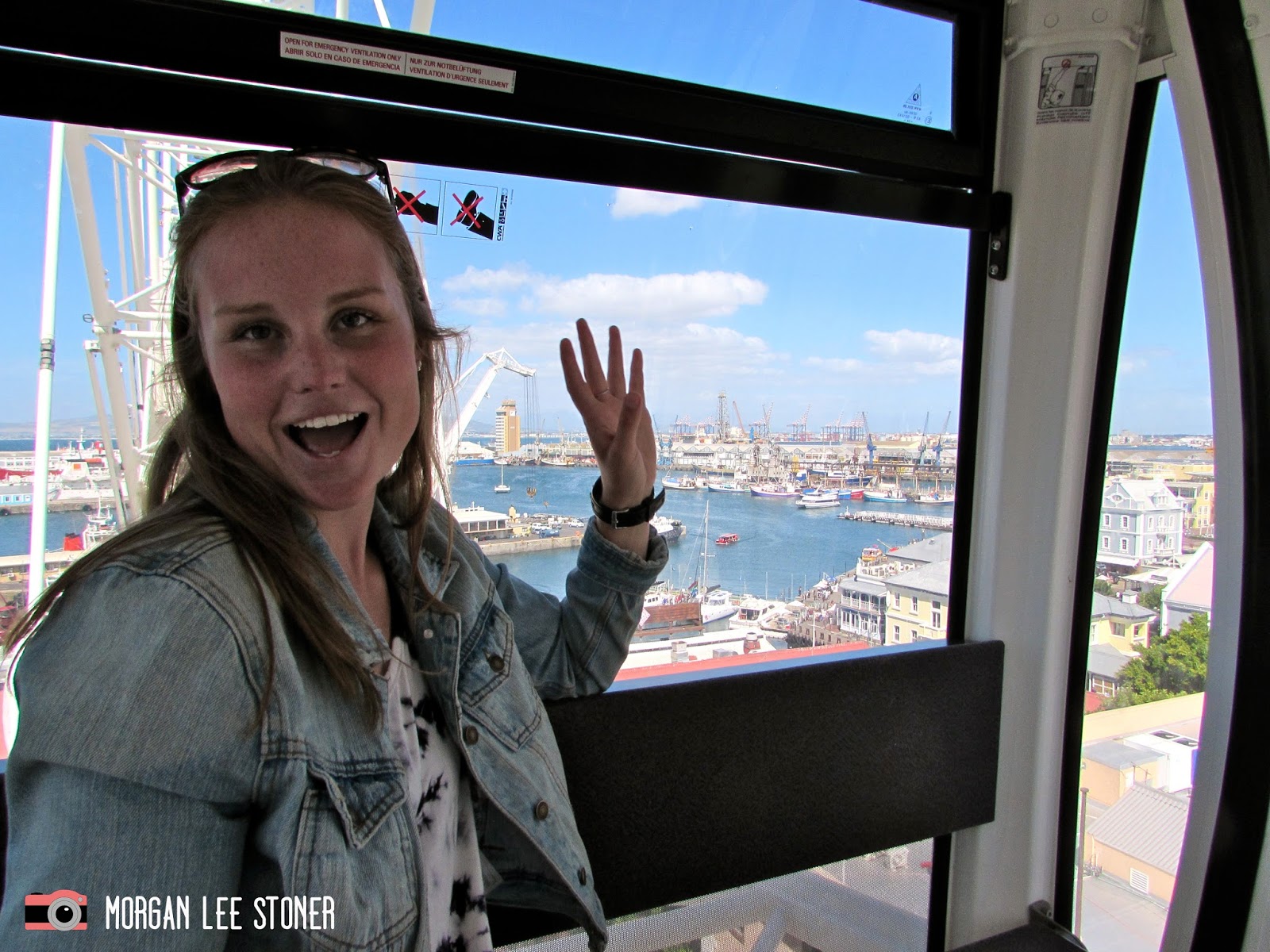 Friday, December 25: We spent Christmas in the most South African way possible... at the beach (Clifton 4th Beach to be exact) and despite how surreal it felt to have Christmas in the summer, I definitely see the appeal. 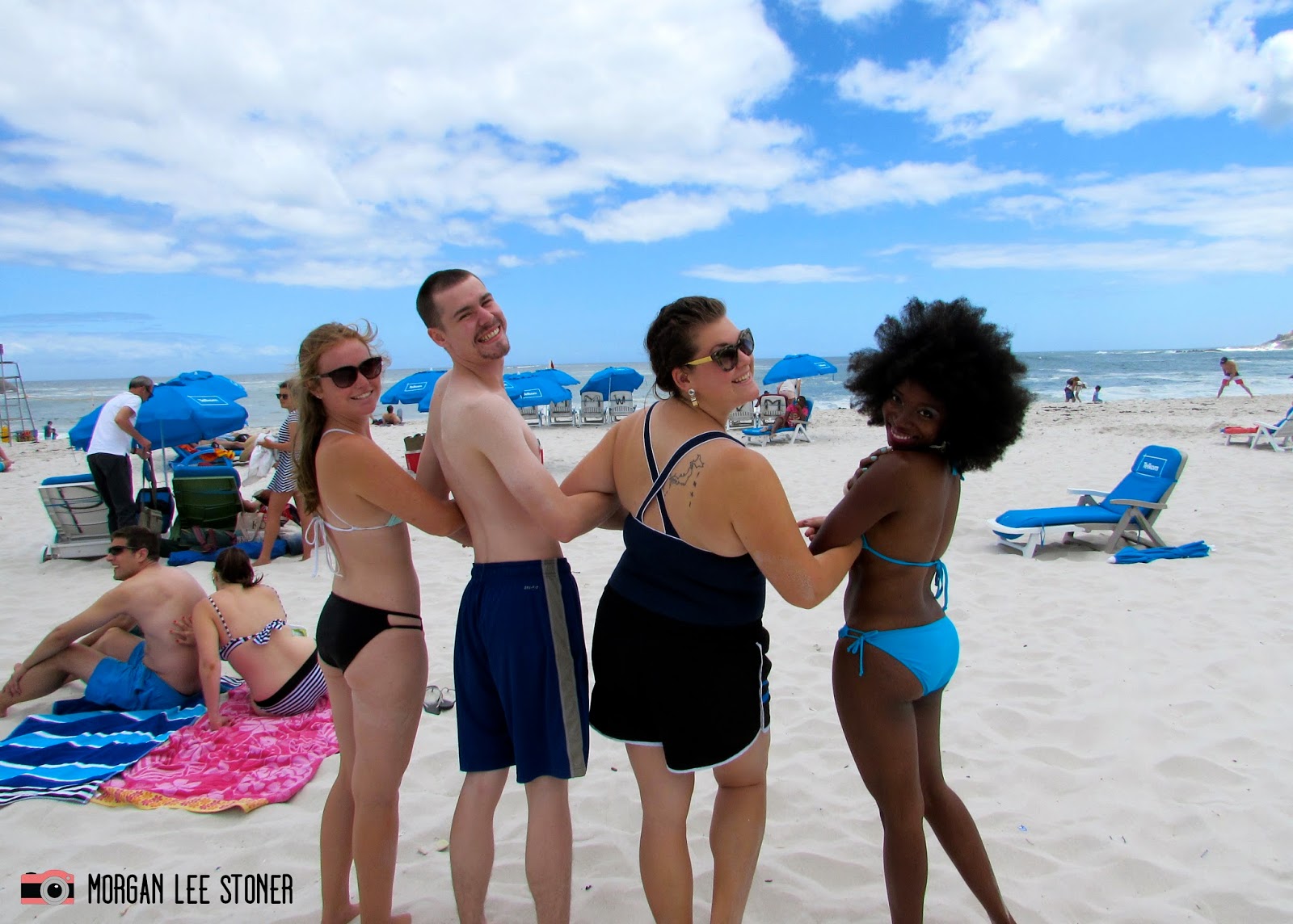 Saturday, December 26: Cage diving with great white sharks! Austin and I went with a company called sharkdivingunlimited.com (no one else was crazy enough to join us) and it was great! However, Shark Week doesn't prepare you for all the waiting that occurs in between shark sitings. We also had to wake up at 3 in the morning to drive over an hour to be at the boat at 6, but the view was worth the drive. 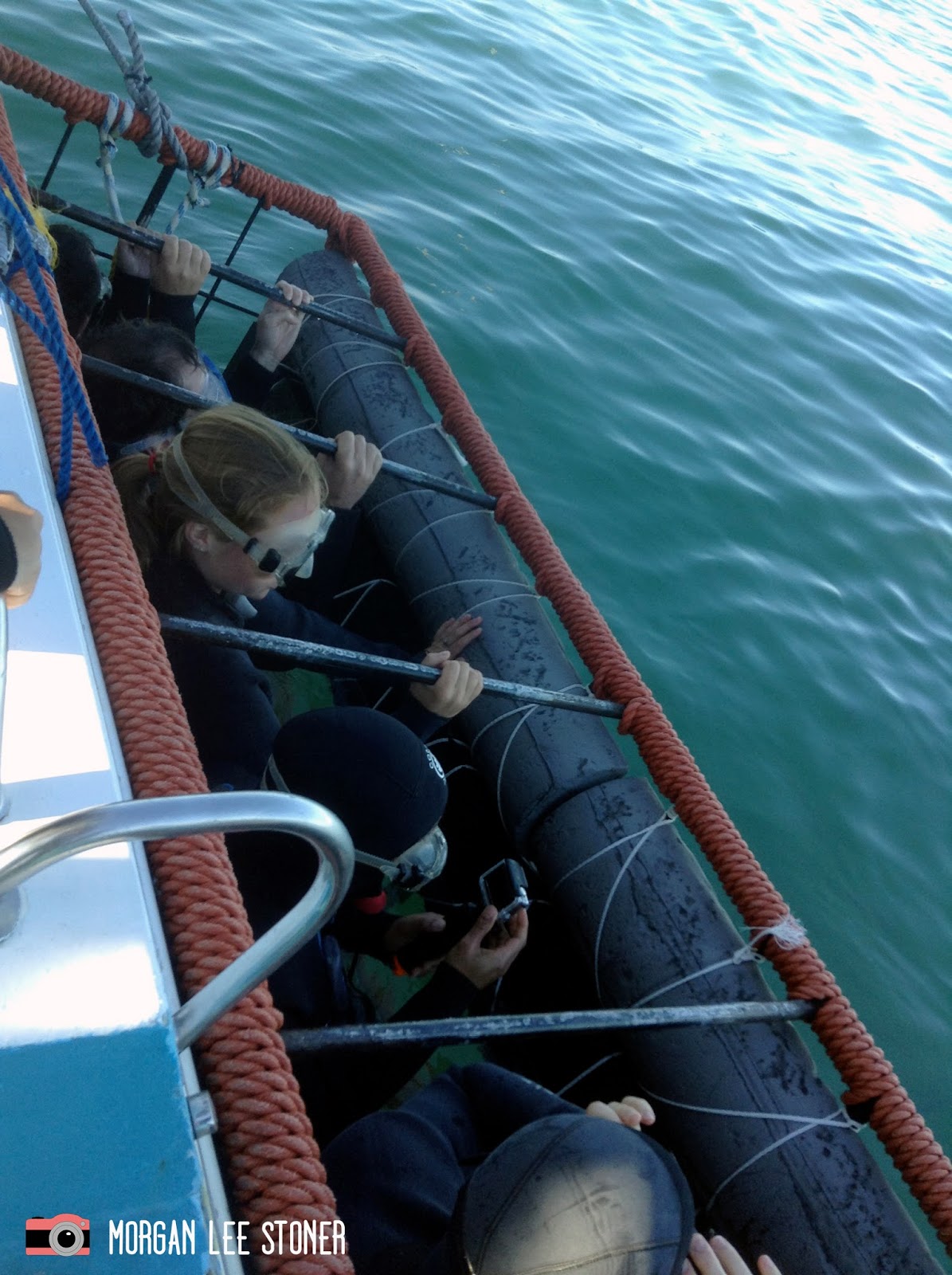 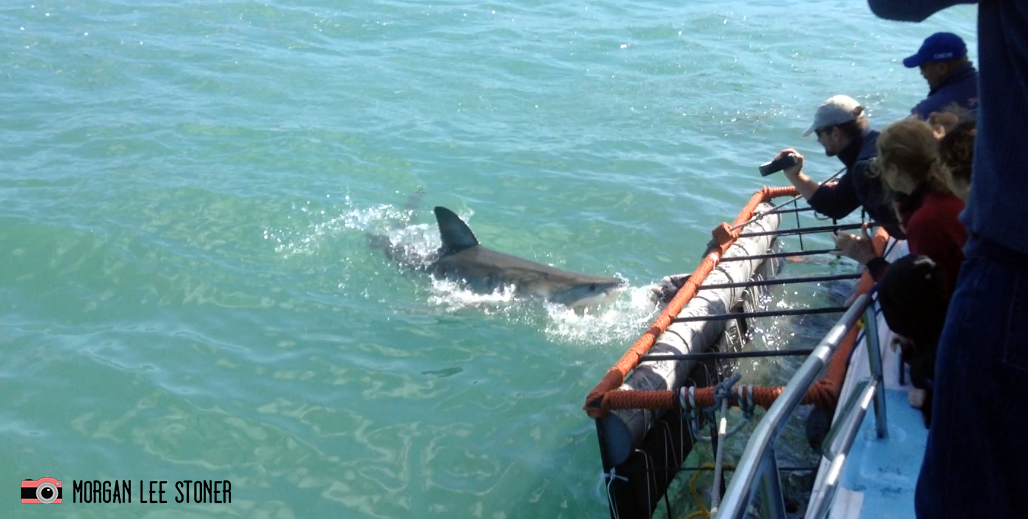 Sunday, December 27: On Sunday we checked out Robben Island where Nelson Mandela spent his jail sentence. We even saw the cell he stayed in. The history of Robben Island was interesting, but the tour felt rushed and we didn't see as much as we would have liked. After Robben Island, we spent the rest of the afternoon at the V&A Waterfront. 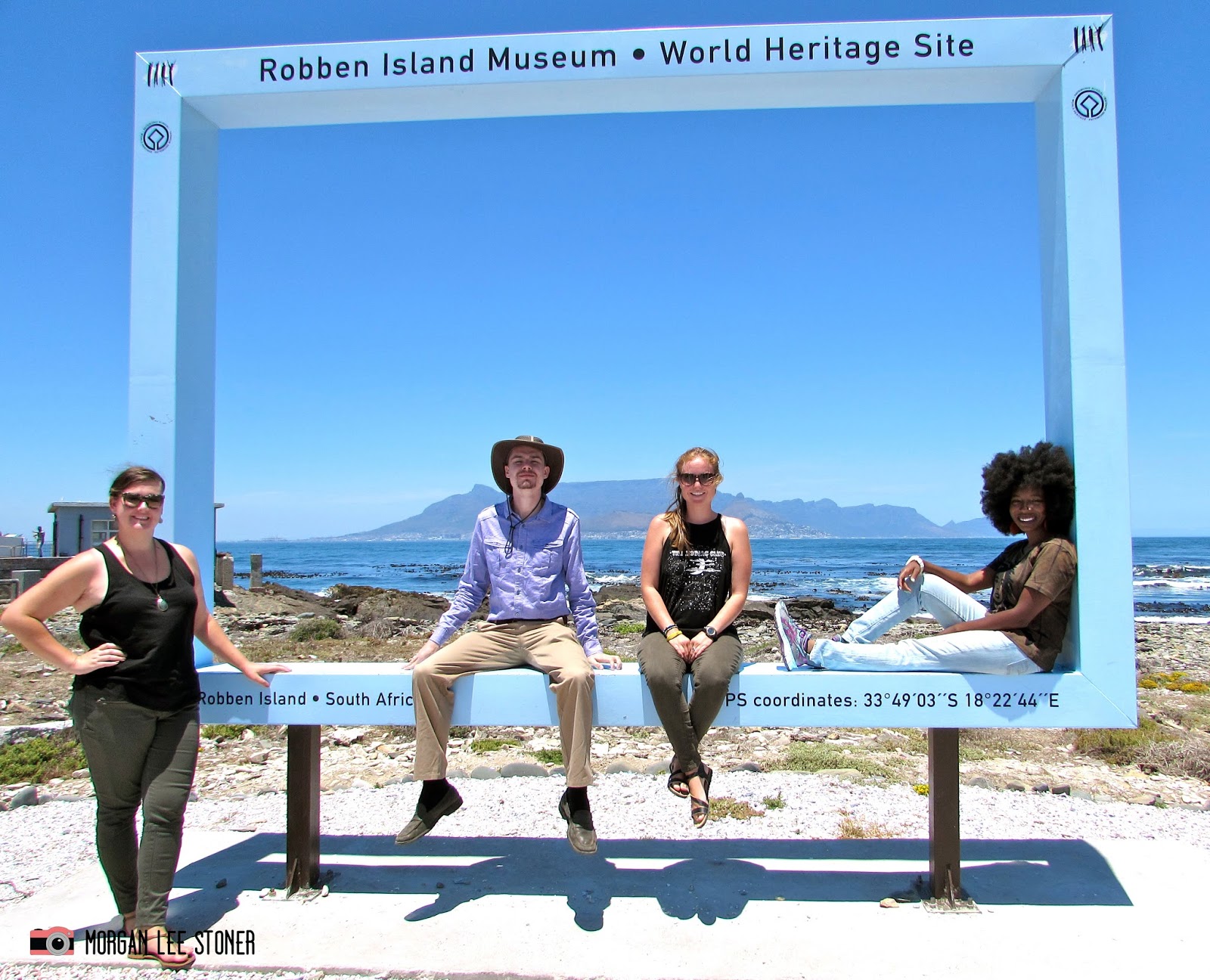 Monday, December 28: Chenoa, Austin and I went to the Jewish Museum in the morning and then I met up with Cathy in the afternoon to visit Kirstenbosch Gardens. The museum was great and showed the history of Jews in South Africa, as well as their role in Apartheid. Some deeply influential anti-Apartheid activists were Jewish. The gardens were awesome as well, but felt more like a fancy golf course, or forest than a garden (aka, very few flowers). 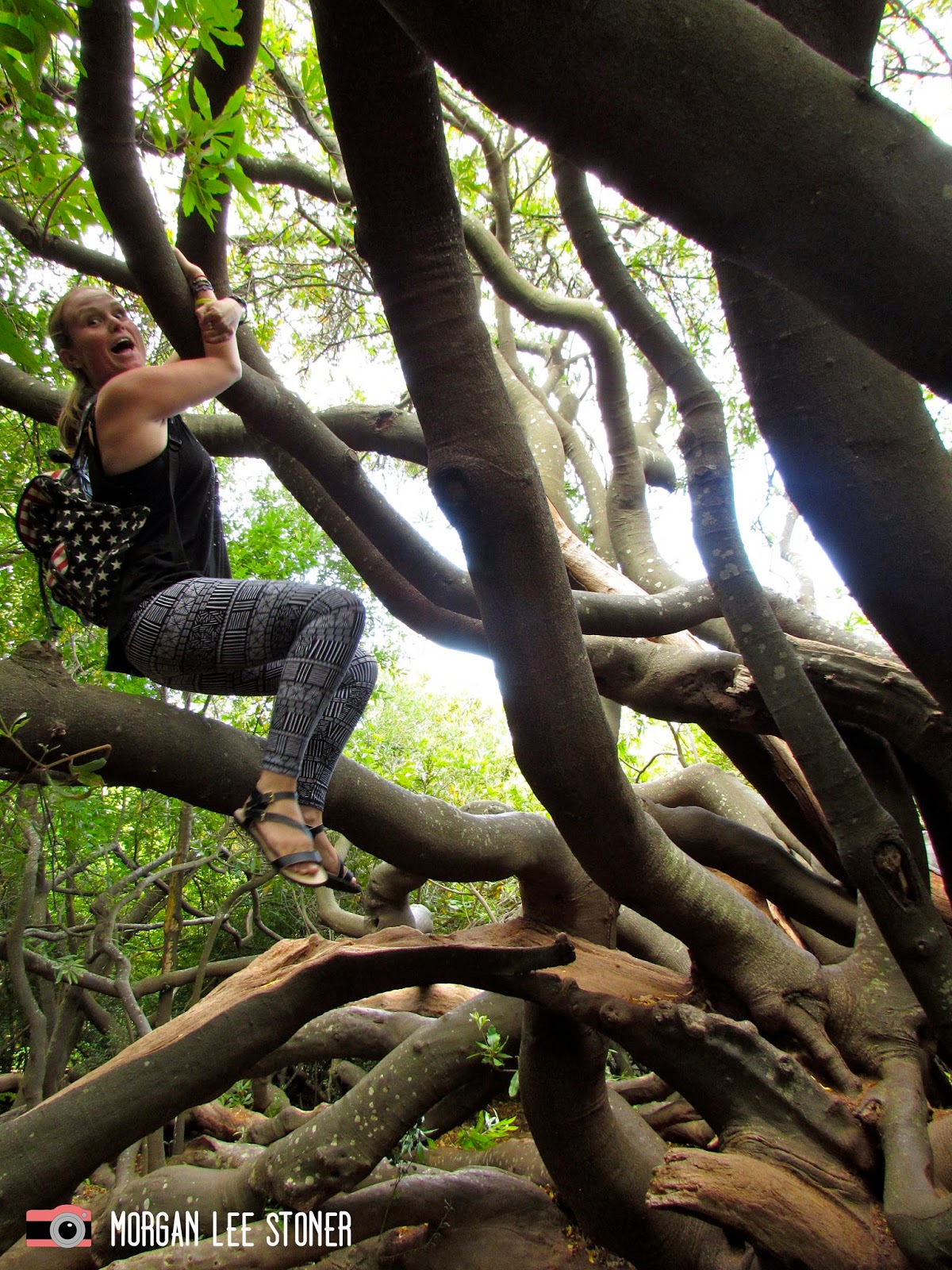 Tuesday, December 29: Cathy and I signed up for a wine tasting and vineyard tour around Stellenbosch, which is a popular wine-making area an hour outside Cape Town (similar to Napa Valley in the states). I learned nothing about wine and came to the realization that they all taste the same and anyone who says different is a snob ;) but I still had a blast! Check out my Instagram @morganleestoner for pics!

Wednesday, December 30: This day was pretty chill. Cathy and I went shopping and we hung around the waterfront and with some other guests at the backpackers.

Thursday, December 31: NYE was also pretty chill (at least during the day). Cathy and I went to a popular art museum (can't remember the name) and I was seriously creeped out by the bizarre modern art. I'm definitely not posh enough for modern art. NYE night we all went to our friend's apartment and then to a club, Chez Something. I then proceeded to get my phone and cards stolen. Not a happy camper.

Friday, January 1: Our last full day in CT we made the trek to Simon’s Town/Boulder Beach to see penguins! The journey was tedious without a car (walking, trains, taxis...) so I definitely recommend renting one. We wanted to go to Cape of Good Hope but it didn’t happen, mostly due to time and because we didn't know how to get there without a car. 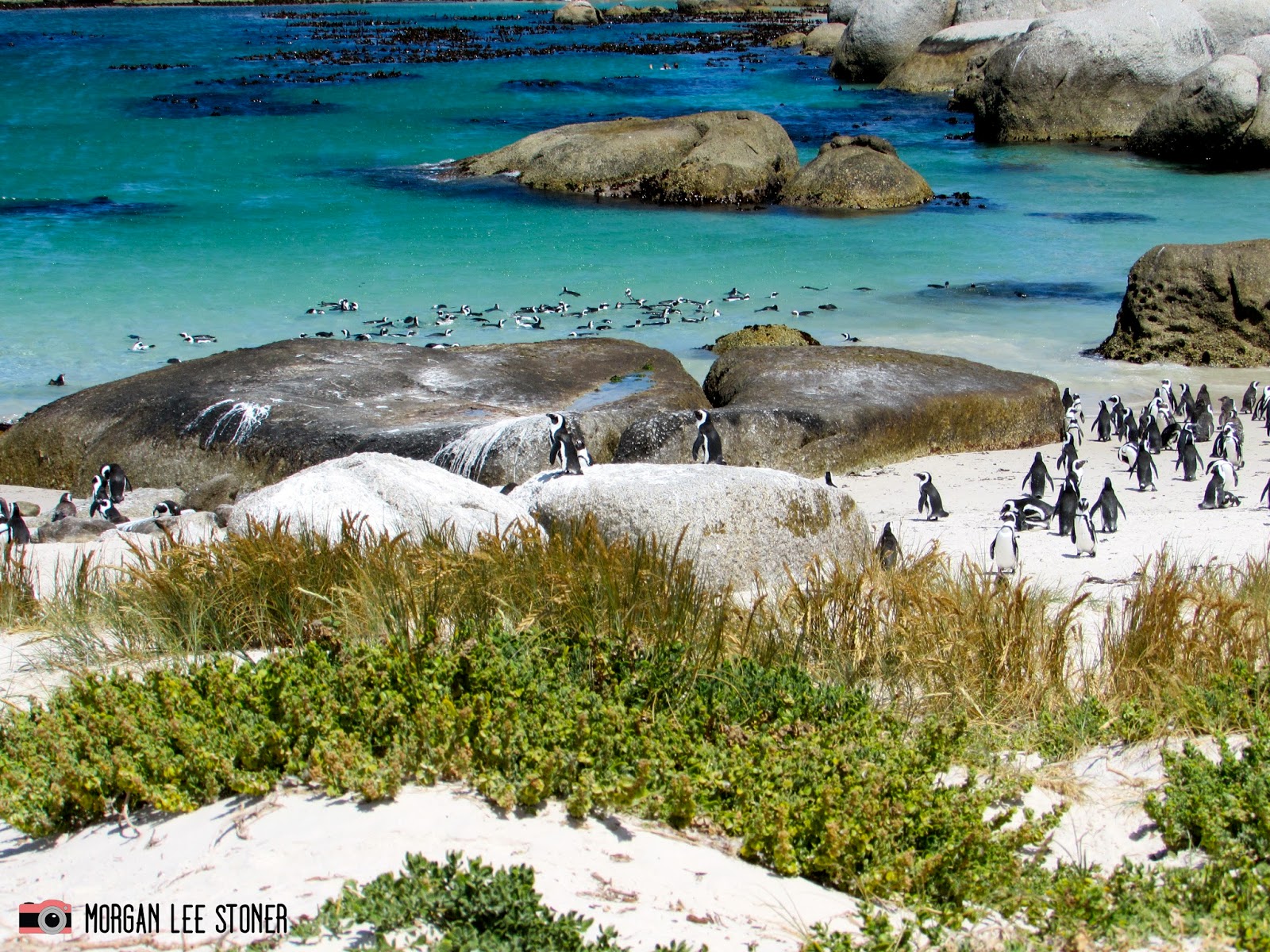 Don’t miss this: Greenstreet market for souvenirs and traditional, hand-made gifts; V&A Waterfront; Robben Island for the historical significance, although the tour leaves much to be desired; Simon's Town, but rent a car; Cage diving, but bring patience.

Skip this: Art Museum. Maybe I’m just uncultured (and I definitely know I’m not classy) but the art museum didn’t do much for me. Also Kirstenbosch gardens is beautiful, but I think I would have enjoyed it more if I was there to see a concert or attend an event.

Where to eat: To be perfectly honest, I shouldn’t be giving any advice on eating in Cape Town. I ate out, maybe one meal per day, and the rest of the time I either ate something I bought at PnP at the beginning of the trip, or I just didn’t eat. Some restaurants I did try out were Sexy Food, R Café, and McDonalds haha. Basically, self-catering for the win!

What I want to do next time: Table Mountain (I really should have gone but I ran out of time and got distracted, oops), Observatory, Cape of Good Hope, and Helicopter Tour. We probably could have fit everything in a few less days or added more activities, but it was nice to spend some time just relaxing with friends

Making friends: One thing I love about traveling and staying in backpackers is meeting fellow travelers and making friends. At Zebra Crossing we met a fellow American raised in Switzerland, Australians, Germans, Dutch, and of course, South Africans. I even met someone who previously worked at Coral Divers (the place I visited on my recent holiday to Sodwana), how coincidental is that?!

P.S. Security at the airport is a joke in SA. I didn't have to take off my shoes or separate my liquids!

I can't wait to visit Cape Town again with the family :)