Last week I distributed 253 teddy bears to the children at Tlhatlhane Creche, and the Grade R-3 learners at Dipere Primary School, all because of the generosity of the Mother Bear Project. 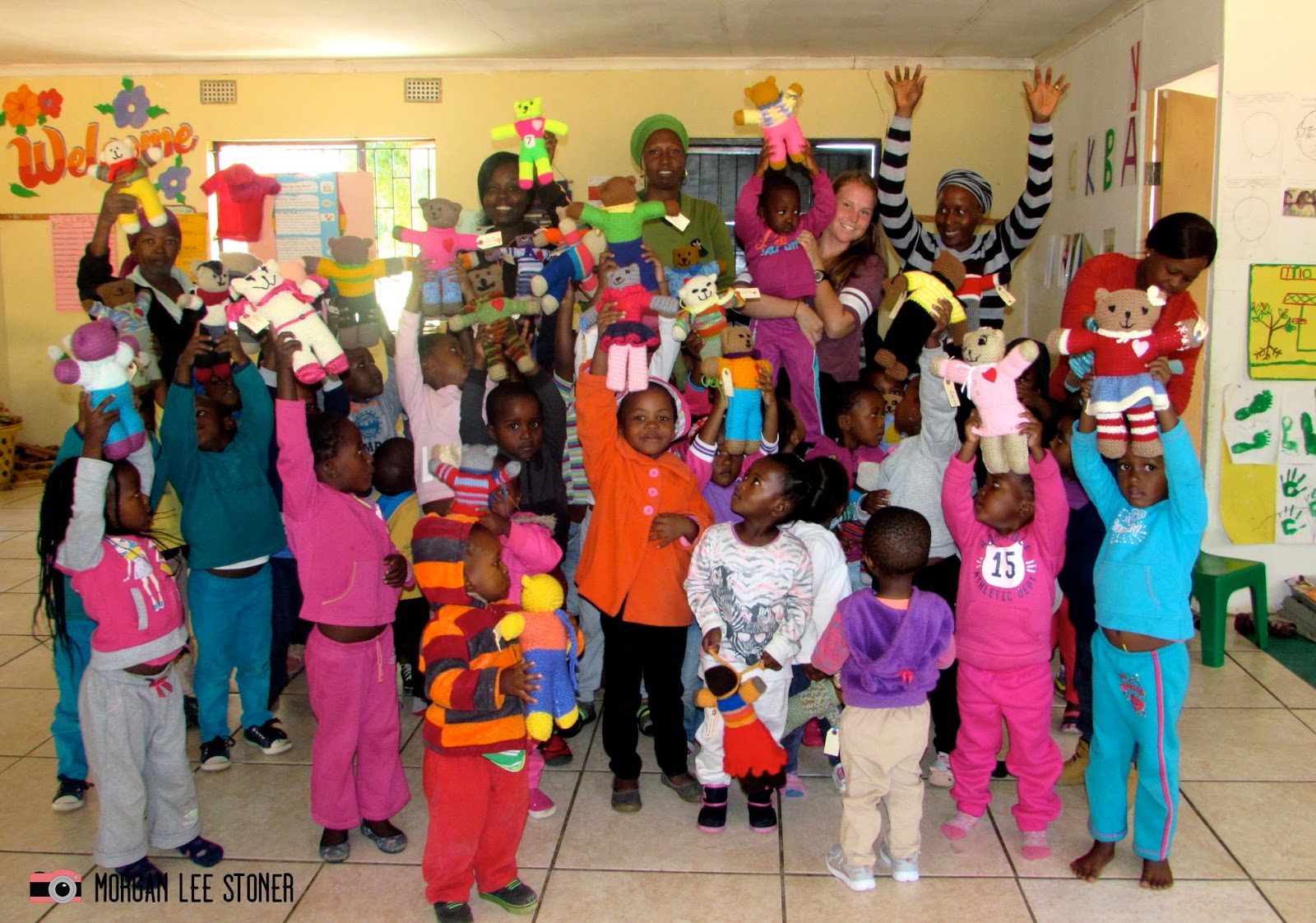 The Mother Bear Project is an organization that distributes hand-crocheted teddy bears to children all over Africa. Each bear is unique because they are made by different volunteers in the states, and the bears are completely free of charge to the children.

I contacted Amy from Mother Bear and told her about my learners and she quickly added me to the distribution list. Within weeks I received 253 bears (enough for the creche, and four grades at Dipere). The bears are made by volunteers and shipping costs are covered by donations so the children don't pay anything for the beautiful bears. The only thing Amy asks is that a photo is taken of every child with their bear so that the volunteers who make the bears can see the child that benefits from all their hard work.

If you live in the states and know how to crochet, or want to learn, I highly recommend you check out the Mother Bear Project (link here) and see how you can contribute. Even just a monetary donation can help greatly. Trust me, seeing the smiles on the children's faces when they receive a bear is worth everything.

The only issue I ran into when distributing the bears was a concern from males in the community about giving little boys teddy bears instead of toy cars. Many comments were along the lines of, "next time, you should give the boys cars". Luckily, I've been in my village a long time and I have established a rapport with community members so I can respond with things like, "do you have money to buy toy cars? because I don't. These bears were a generous donation, not a hand out". I even got comments like, "boys and girls need to learn their place and what toys are appropriate" and "if we teach boys and girls to play together, that will only lead to sex". I do understand their concerns, and the fact that gender roles are ingrained in society, but that doesn't mean change can't happen. This opened up a great dialogue with community members about breaking down gender barriers. We definitely have a long way to go, but showing boys that they can play with their Mother Bears (and seeing how happy they are to receive them) is a great start. If you have any advice on addressing gender roles/barriers, let me know!

P.S. If you ever find yourself talking to a South African (or any non-American) please don't say, "In America we..." Our goal isn't to come into other nations and impose American beliefs, ideals, or values. I had to stop myself on many occasions from saying, "In America, we let children play with whatever toys they want, gender be damned!" We should break gender barriers because it's the right thing to do and because people want to, not because that's the way the Americans do it.

Alright, rant over. Here are some pictures of the Mother Bear distribution. I wish I could have posted all 253 children, but this will have to do :) 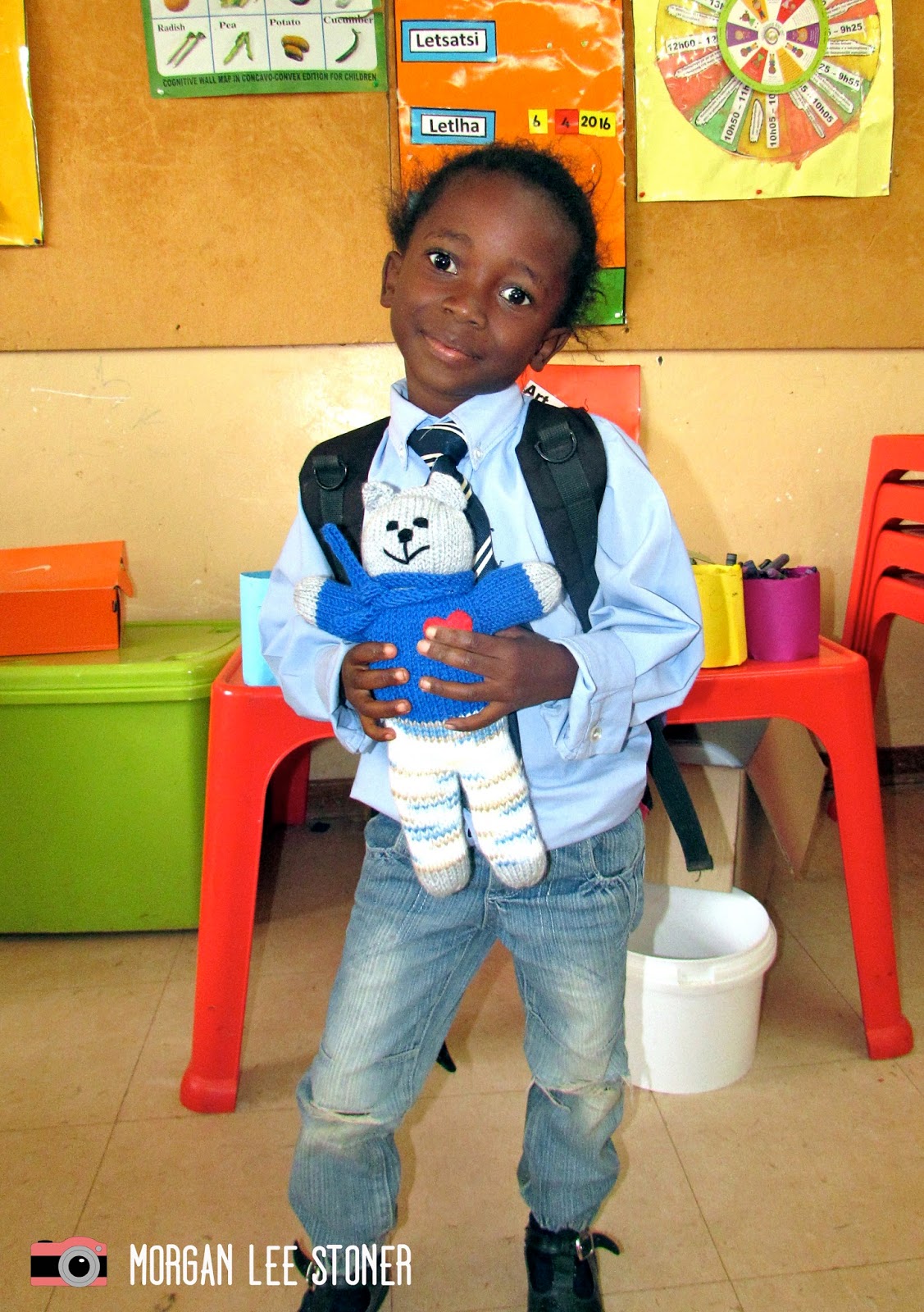 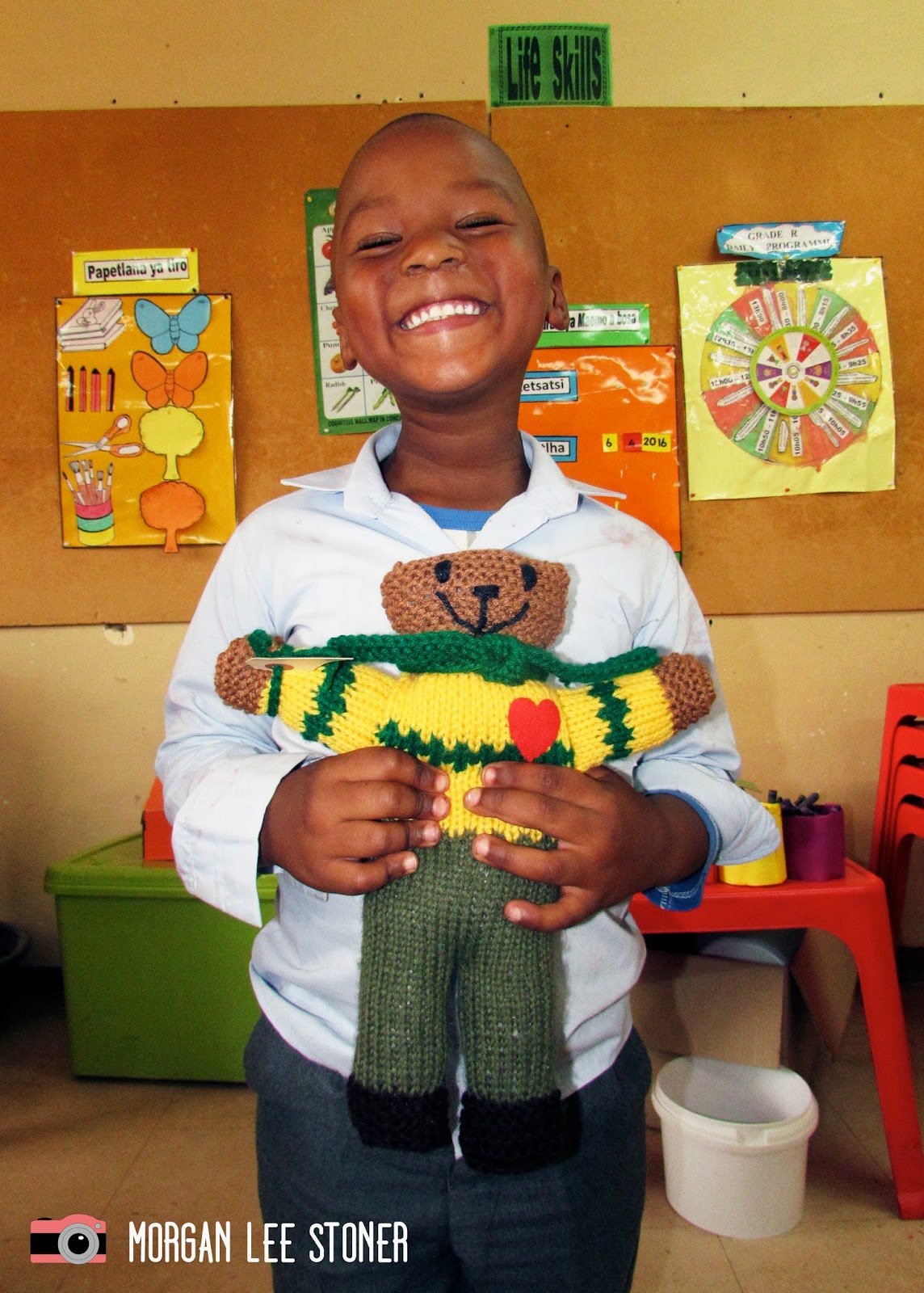 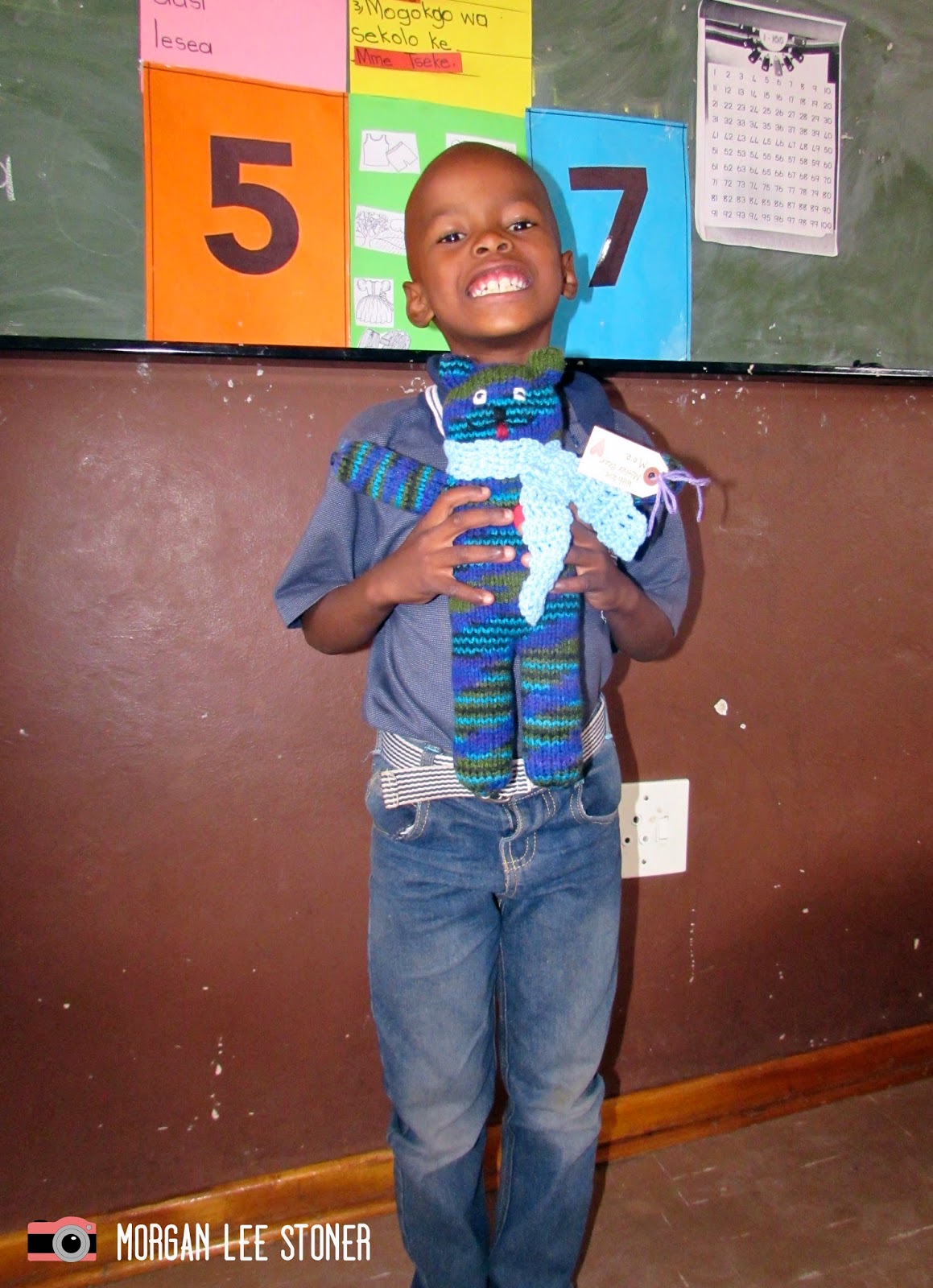 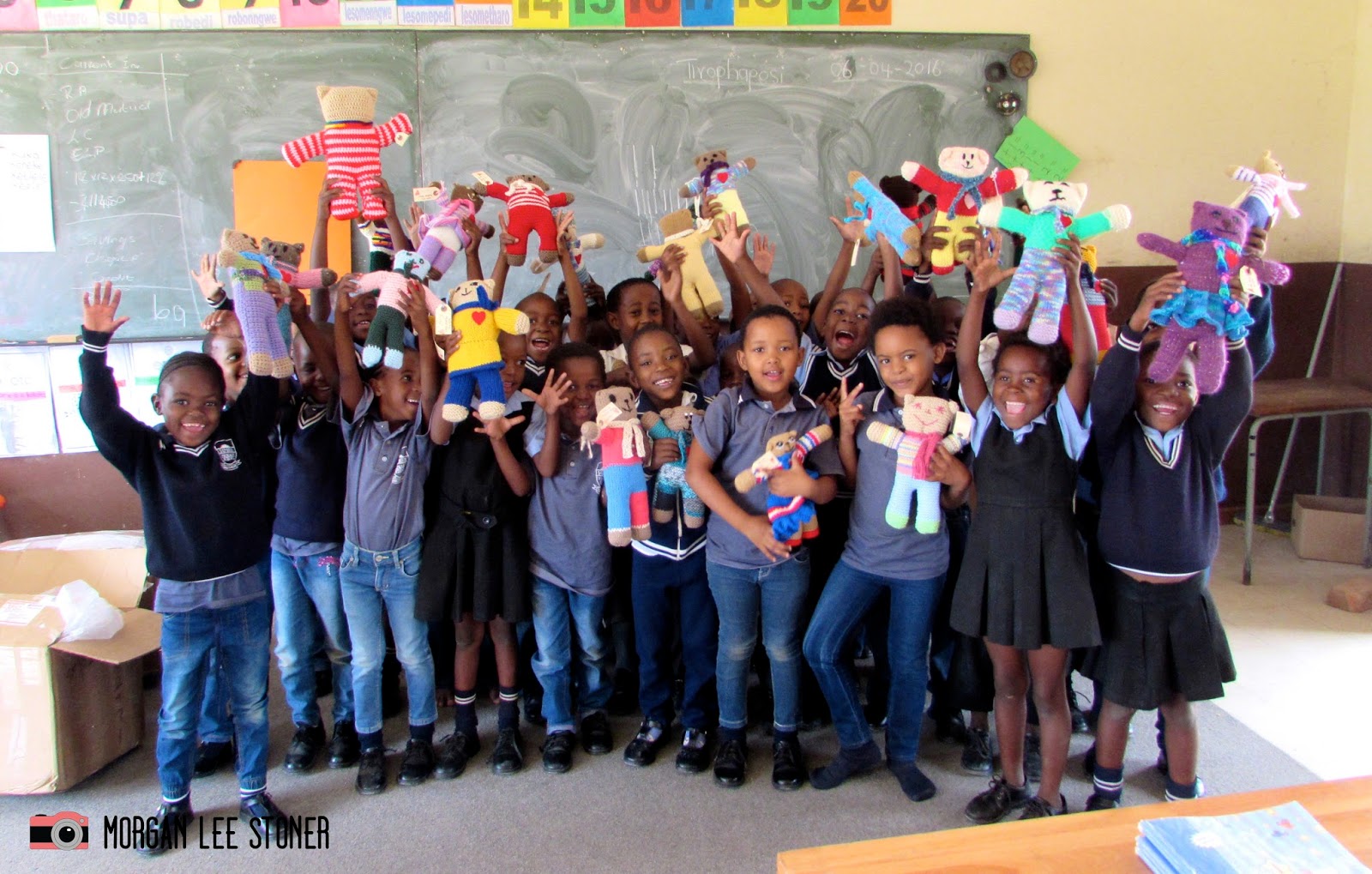 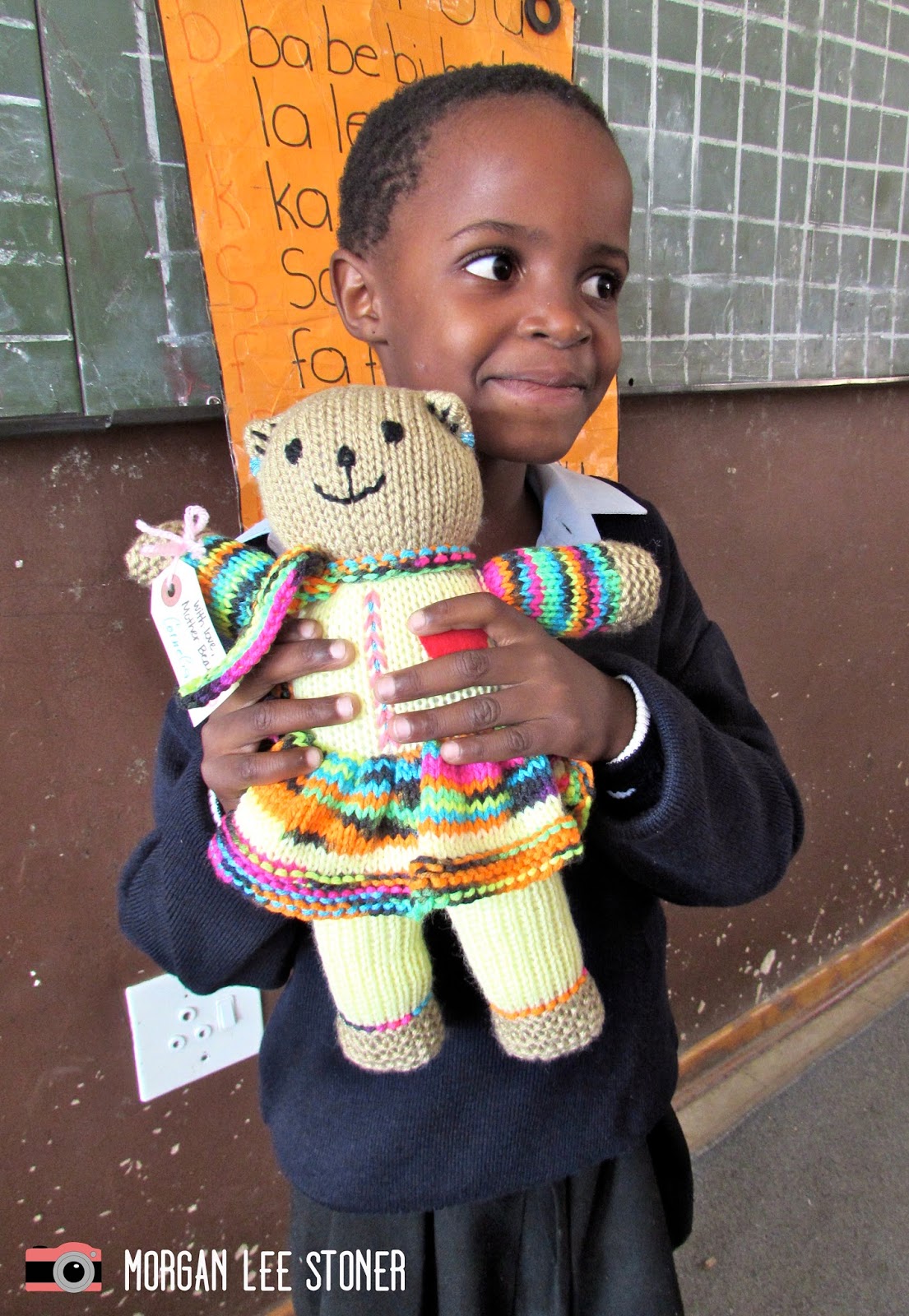 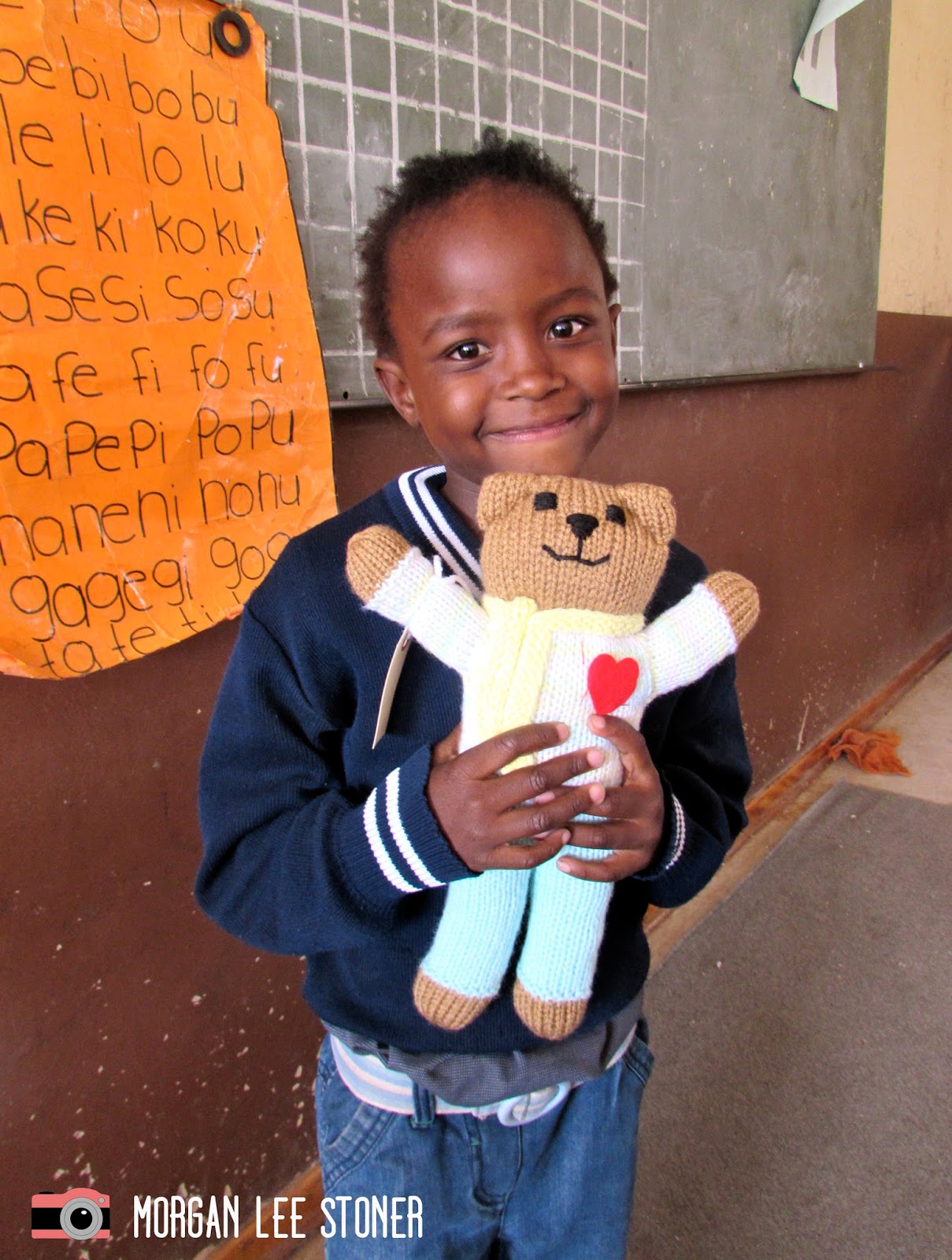 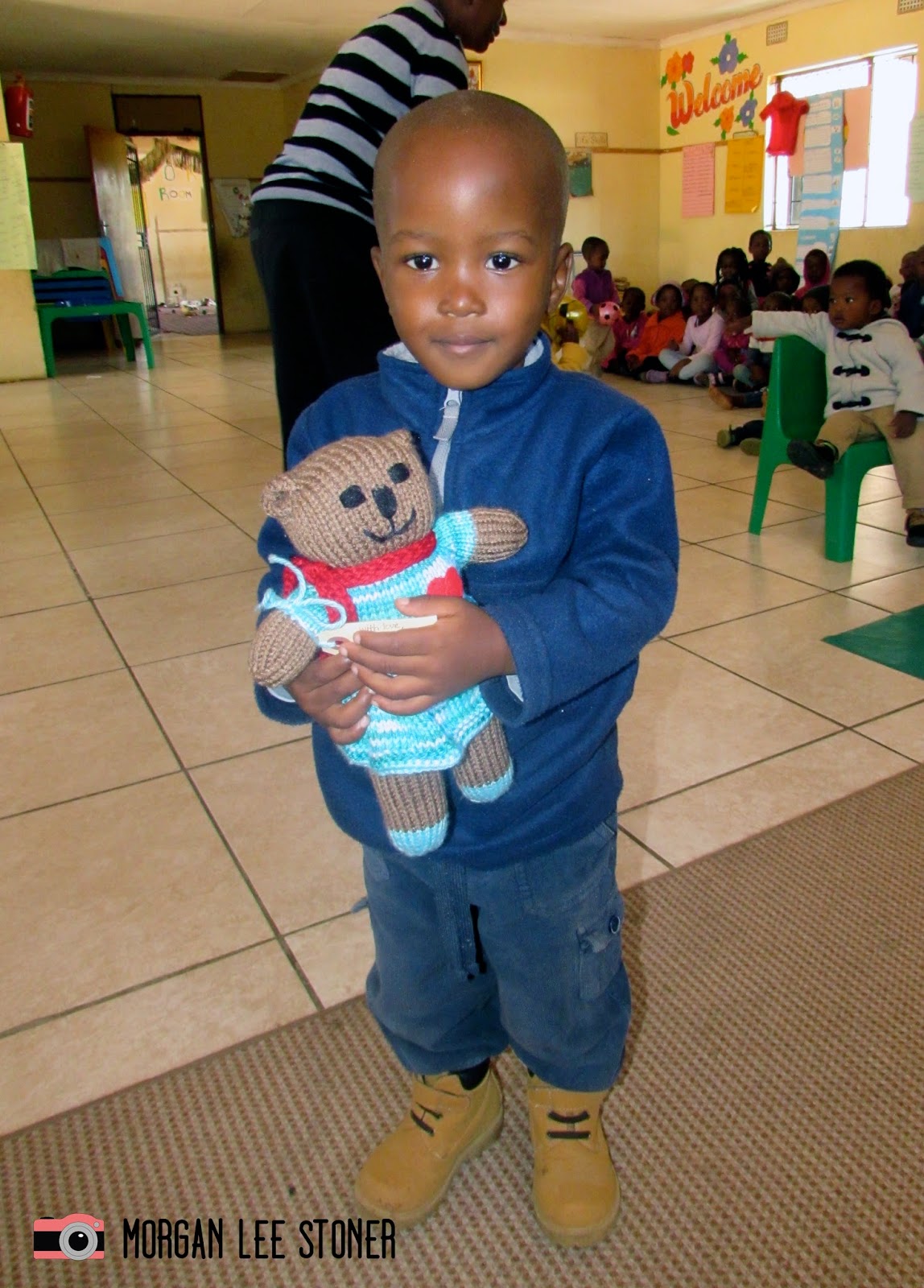 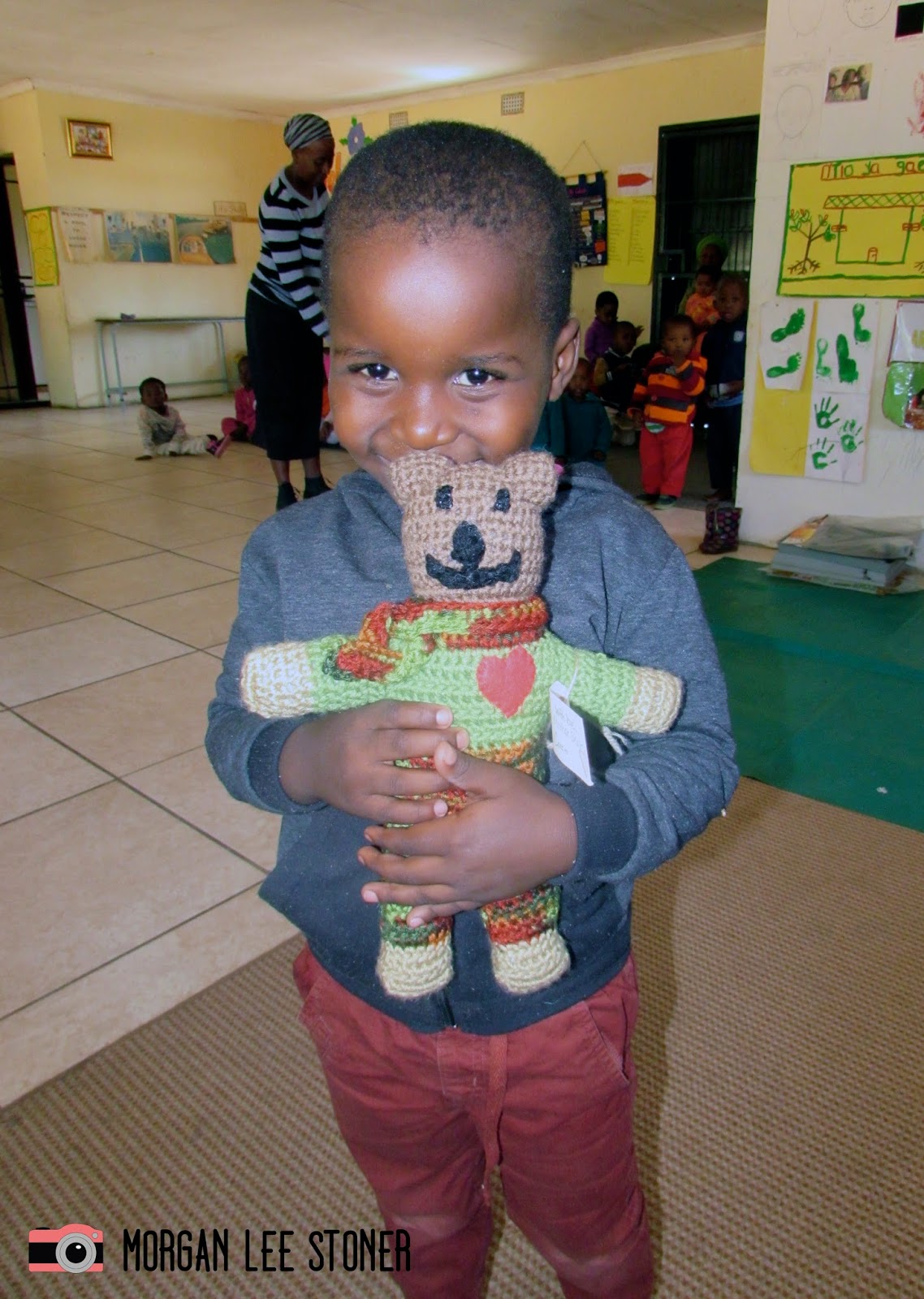 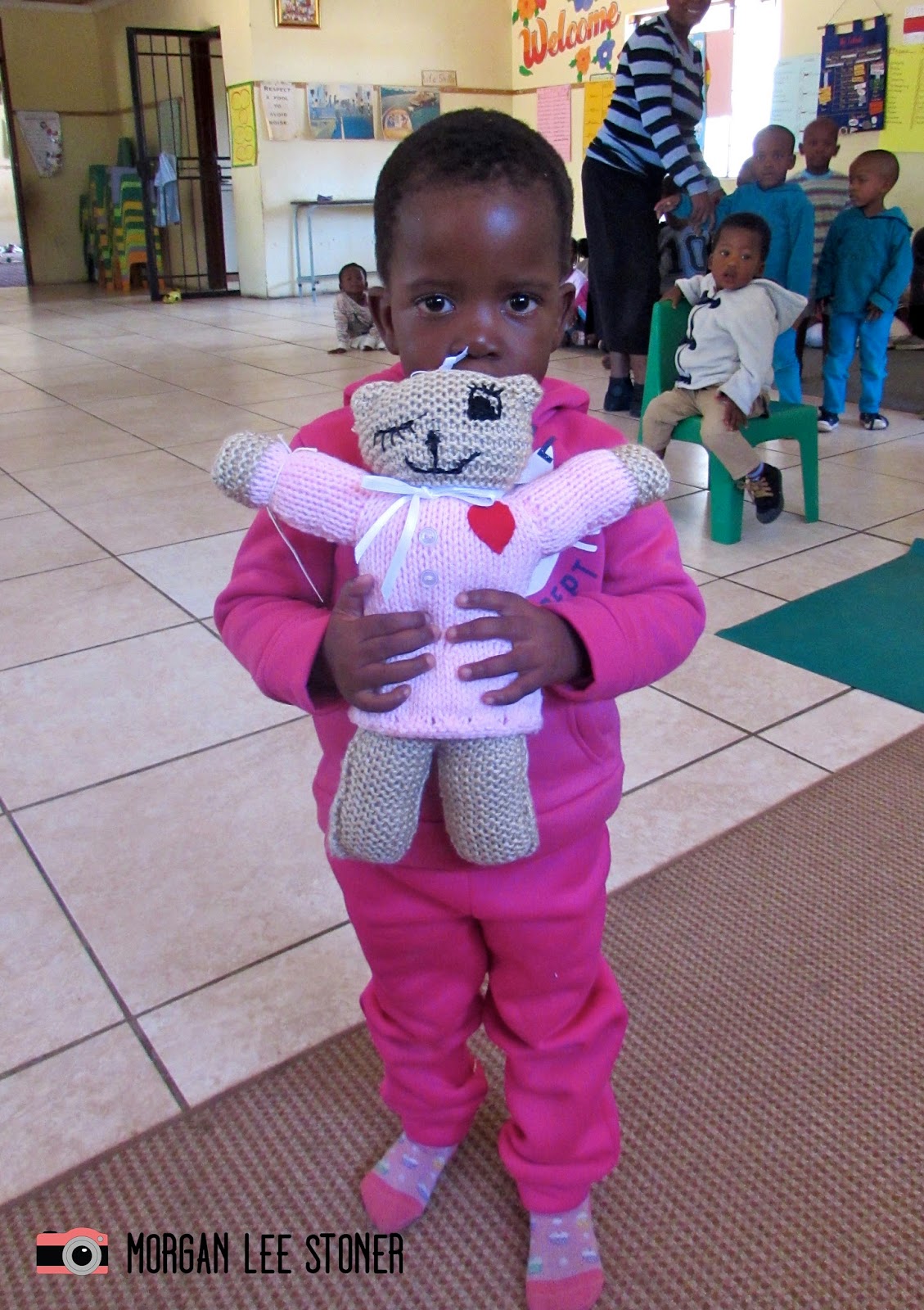 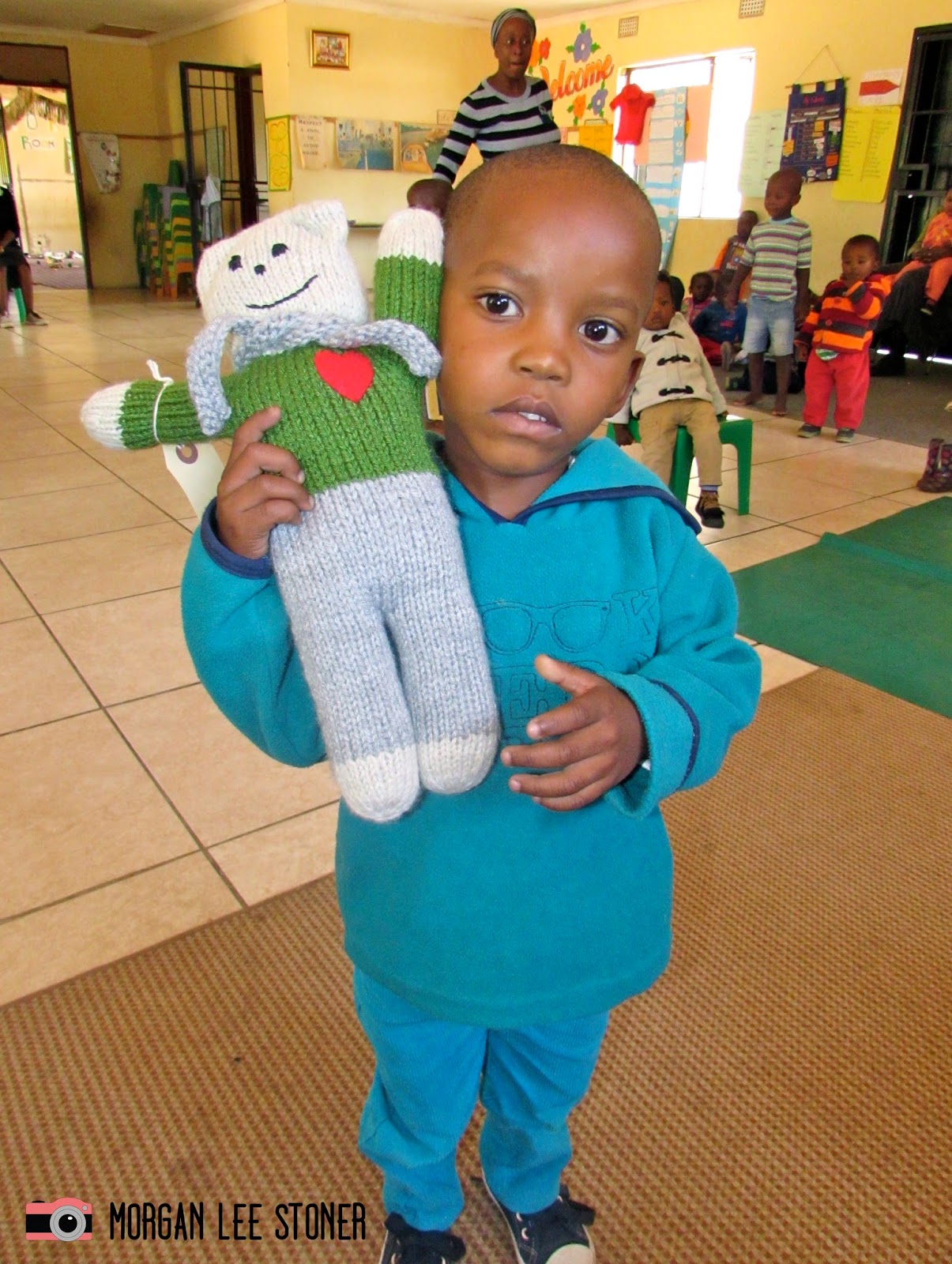 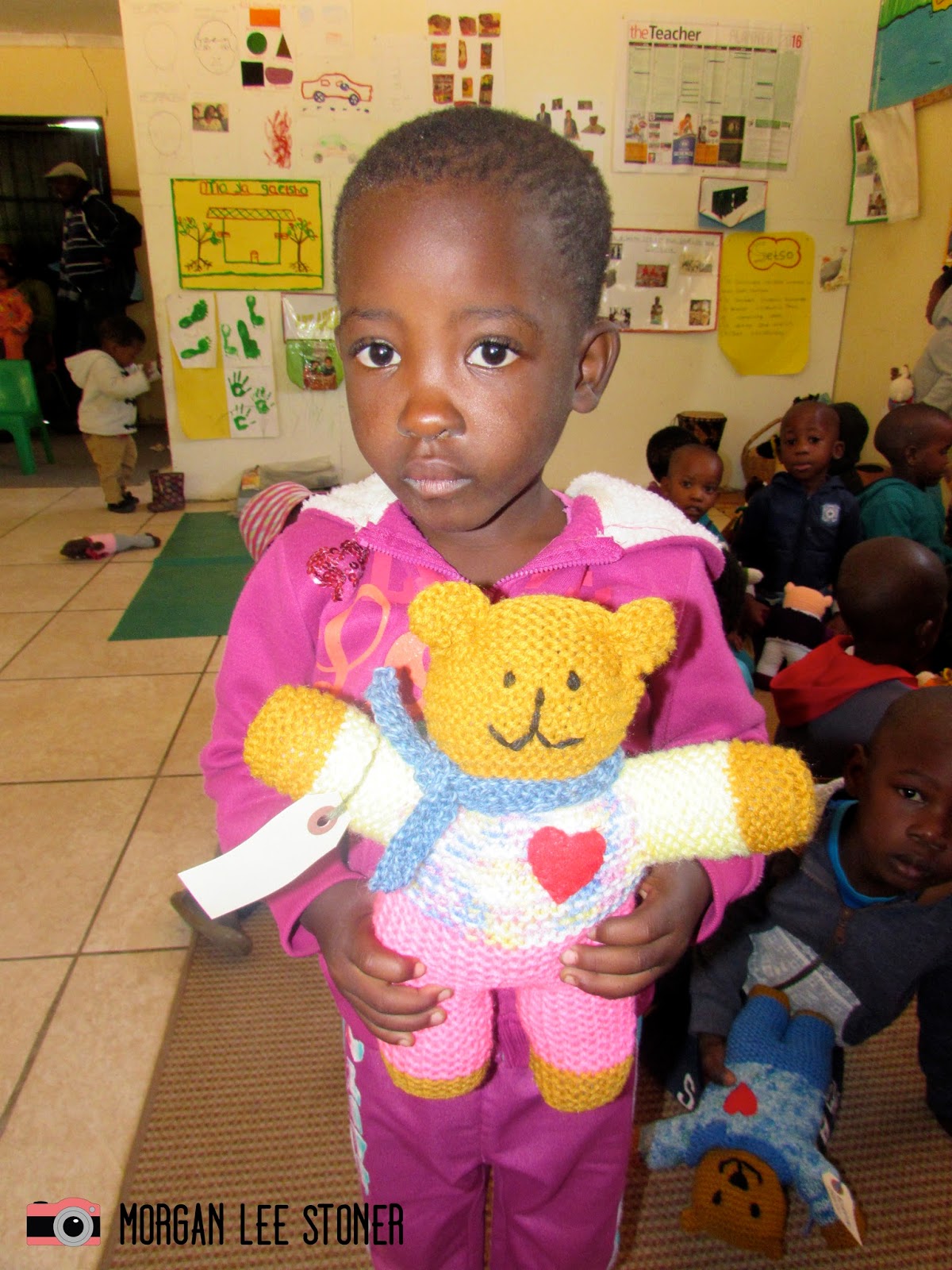 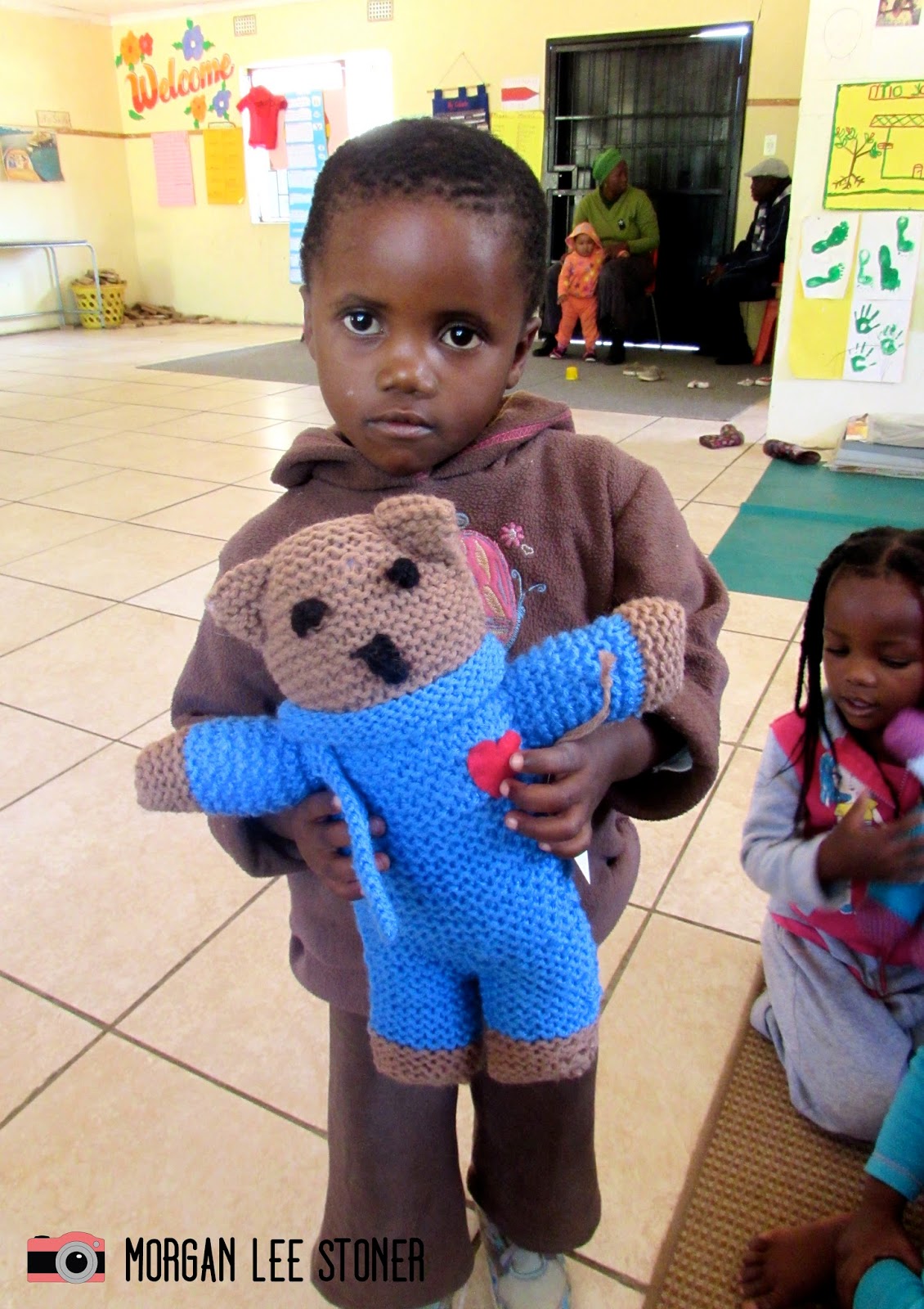 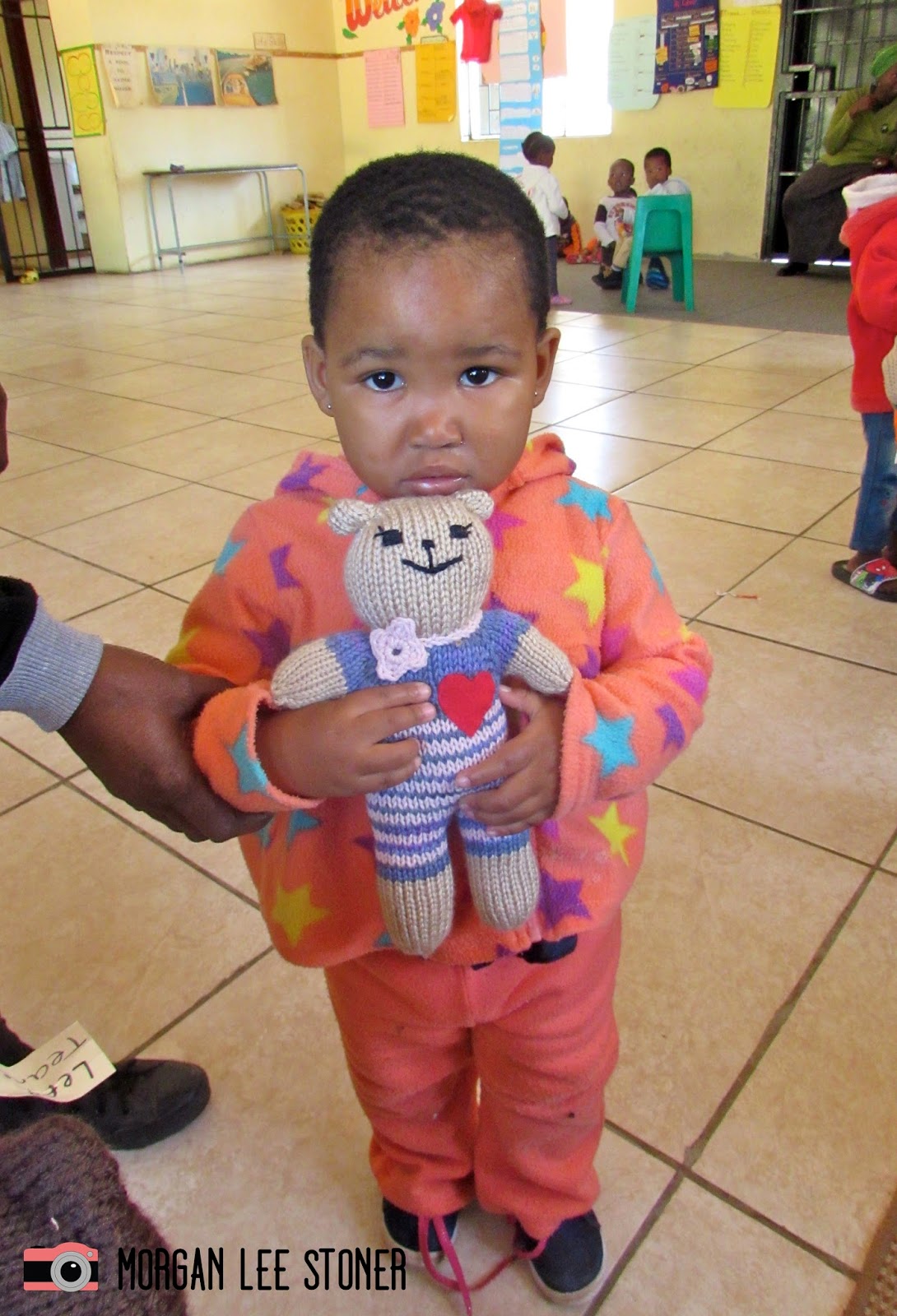 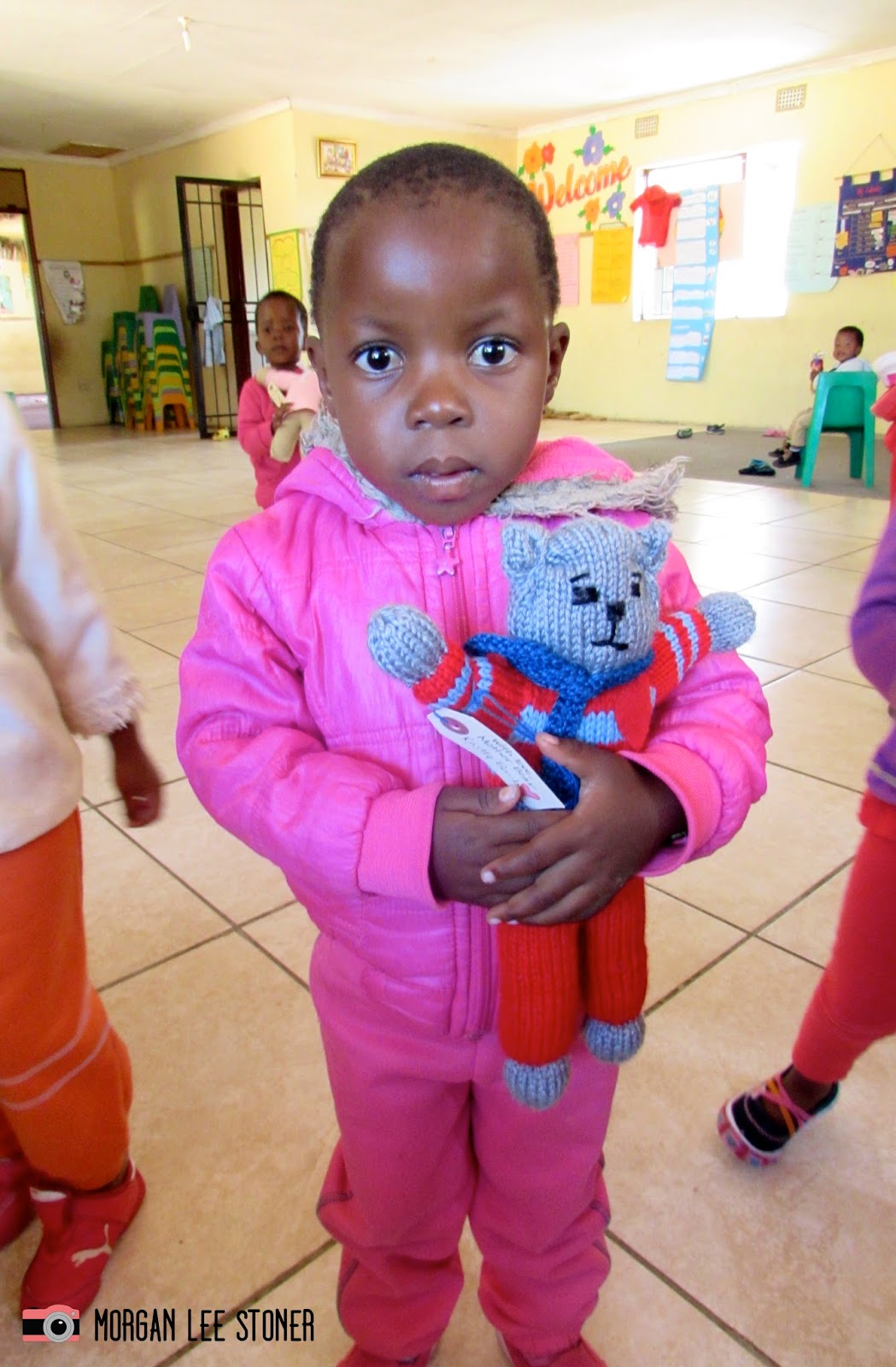 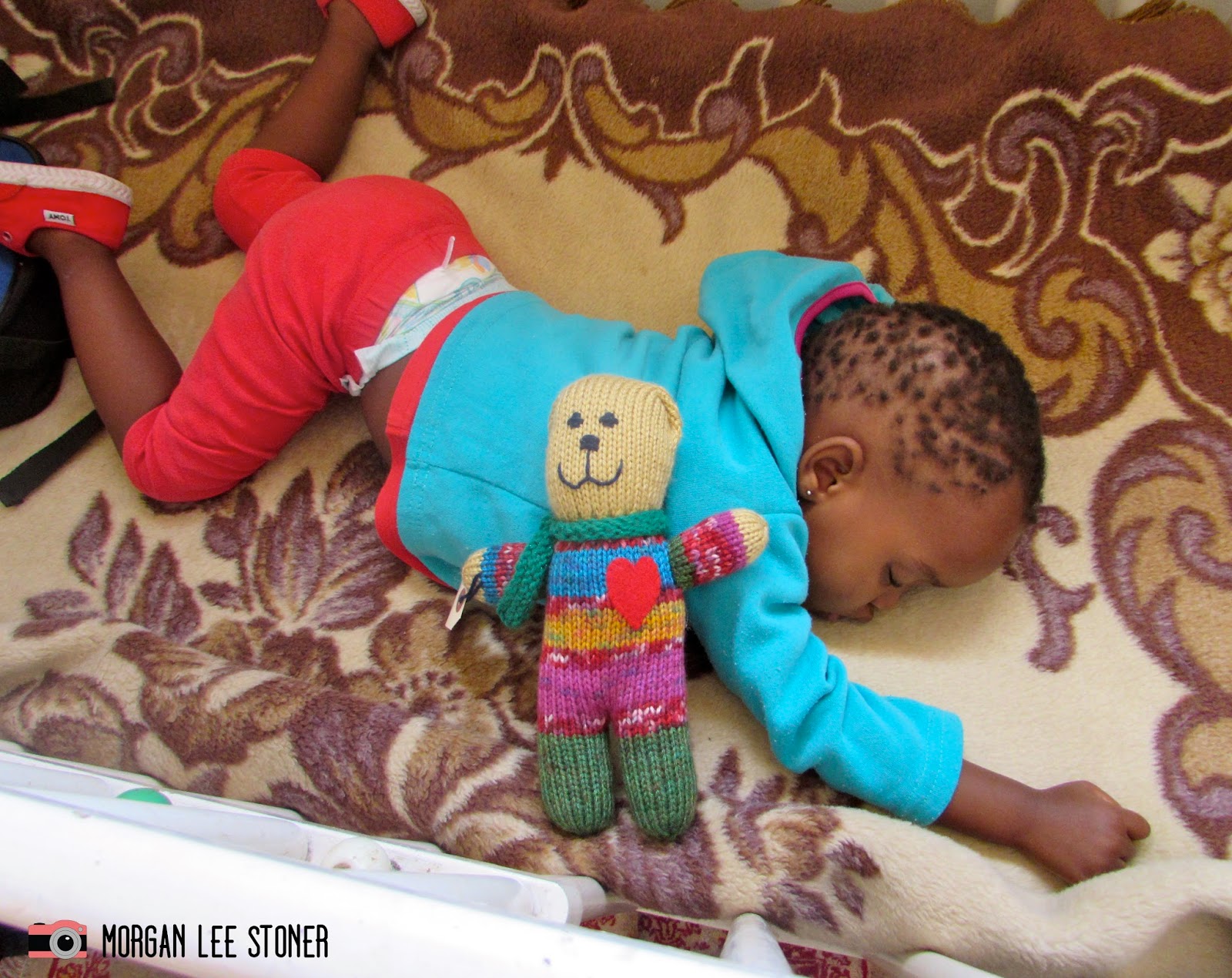 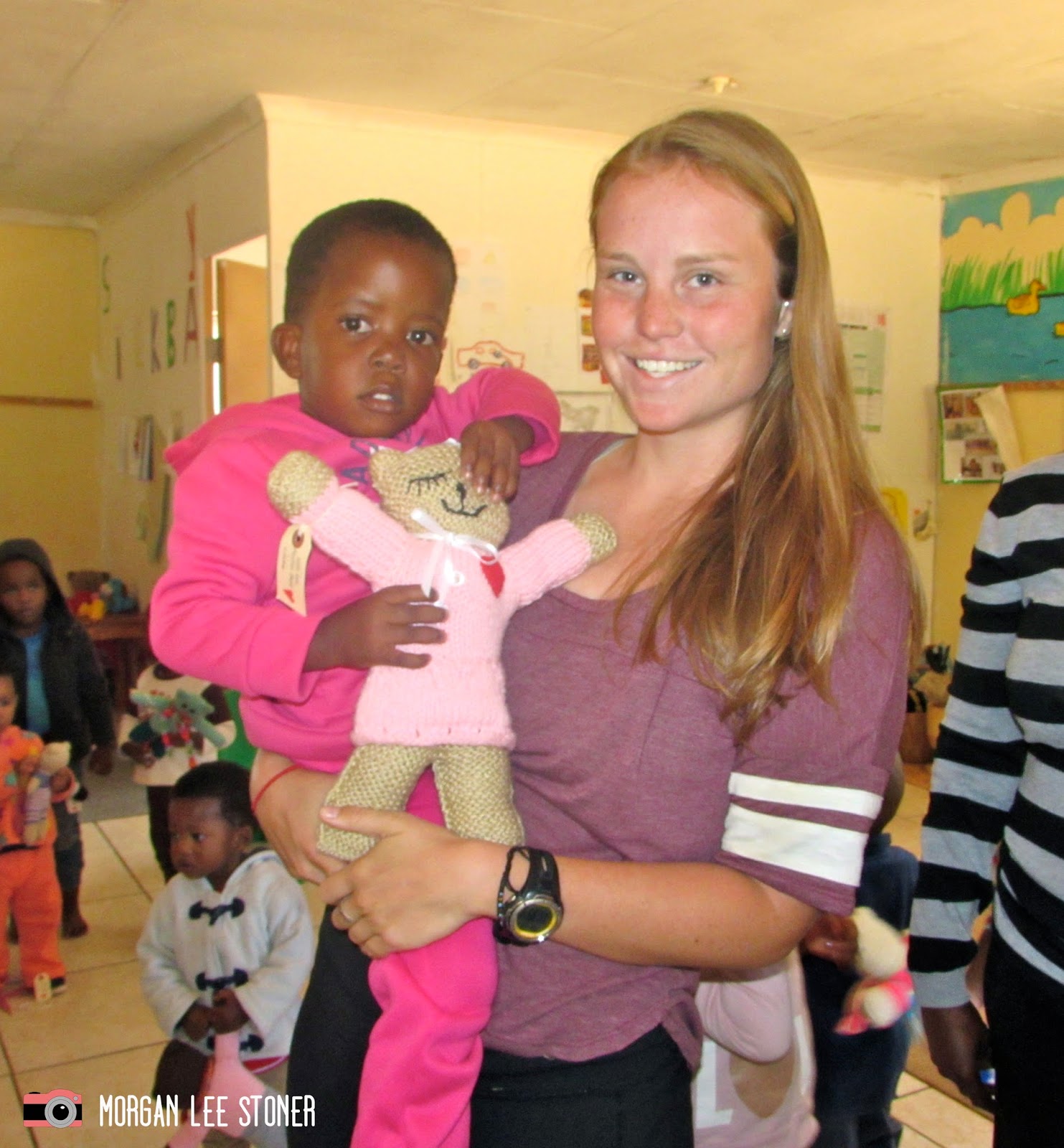 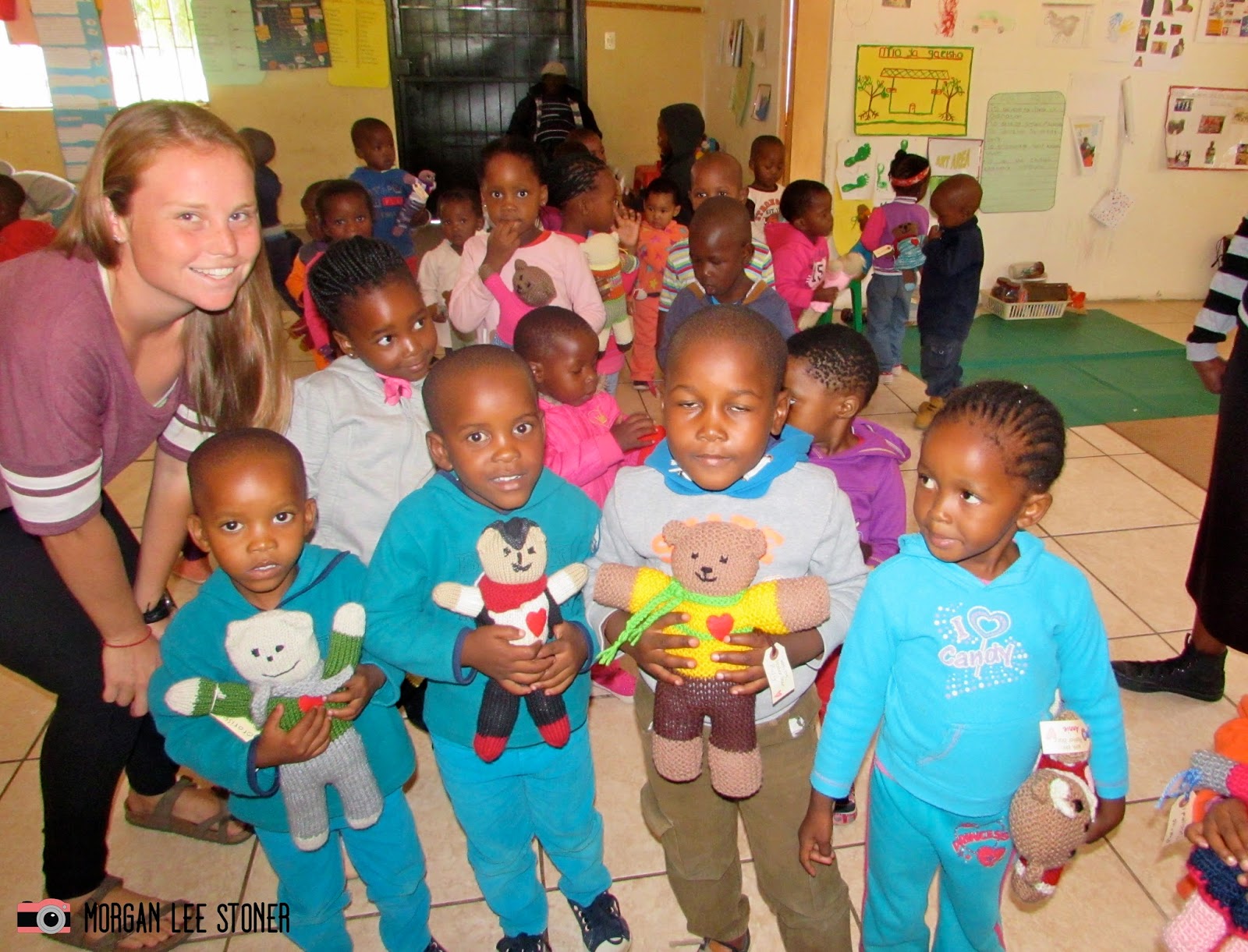 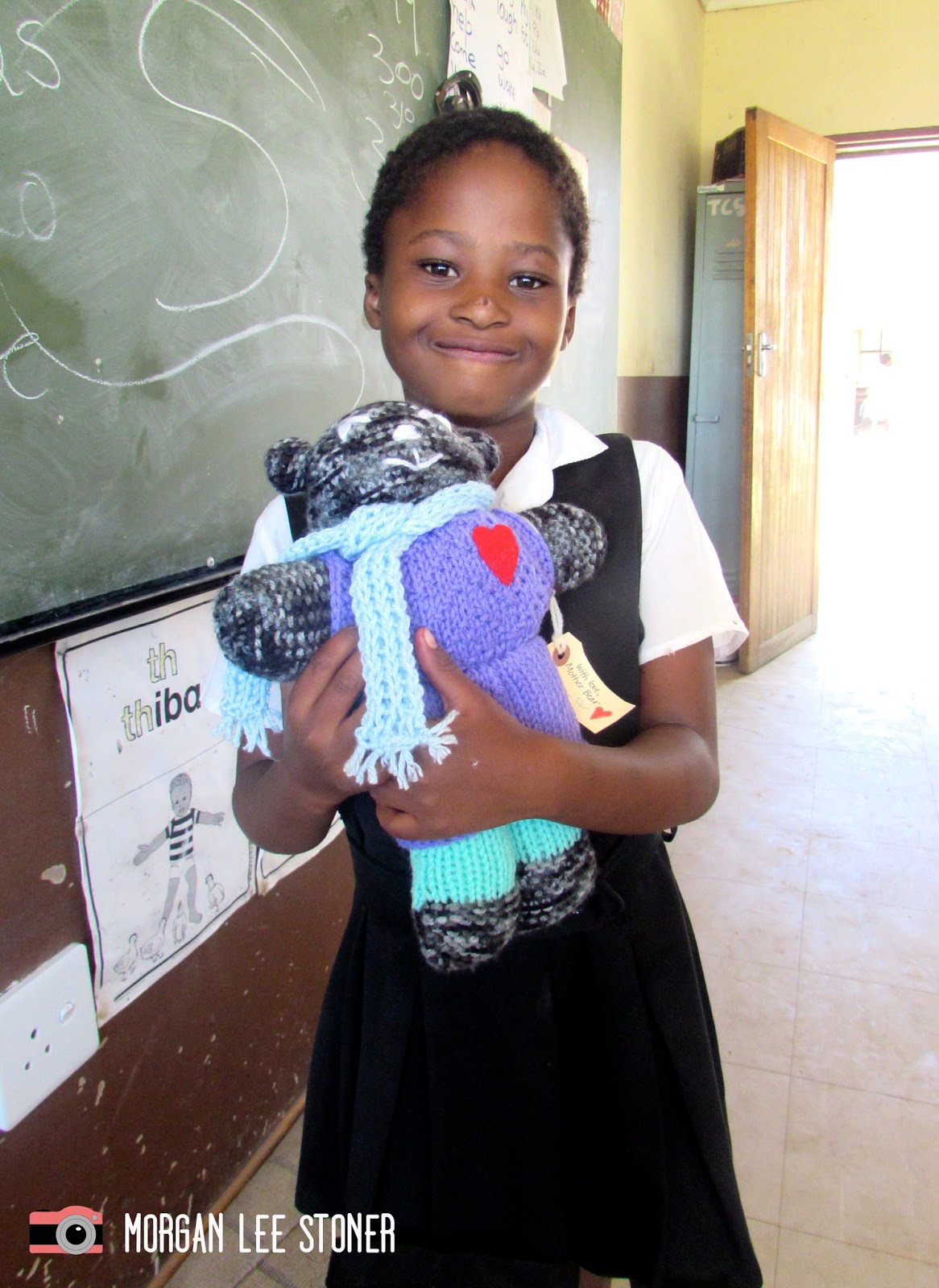 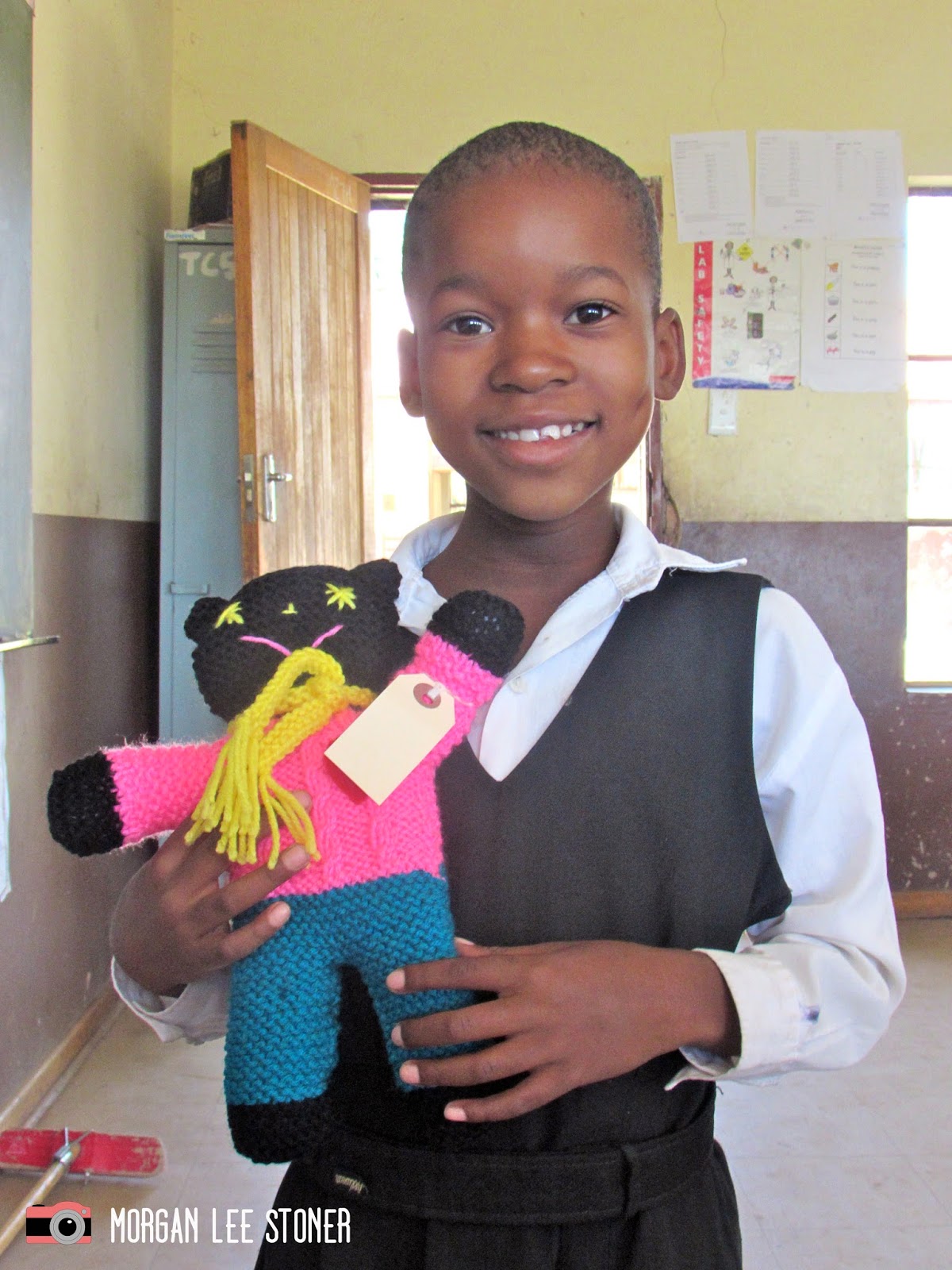 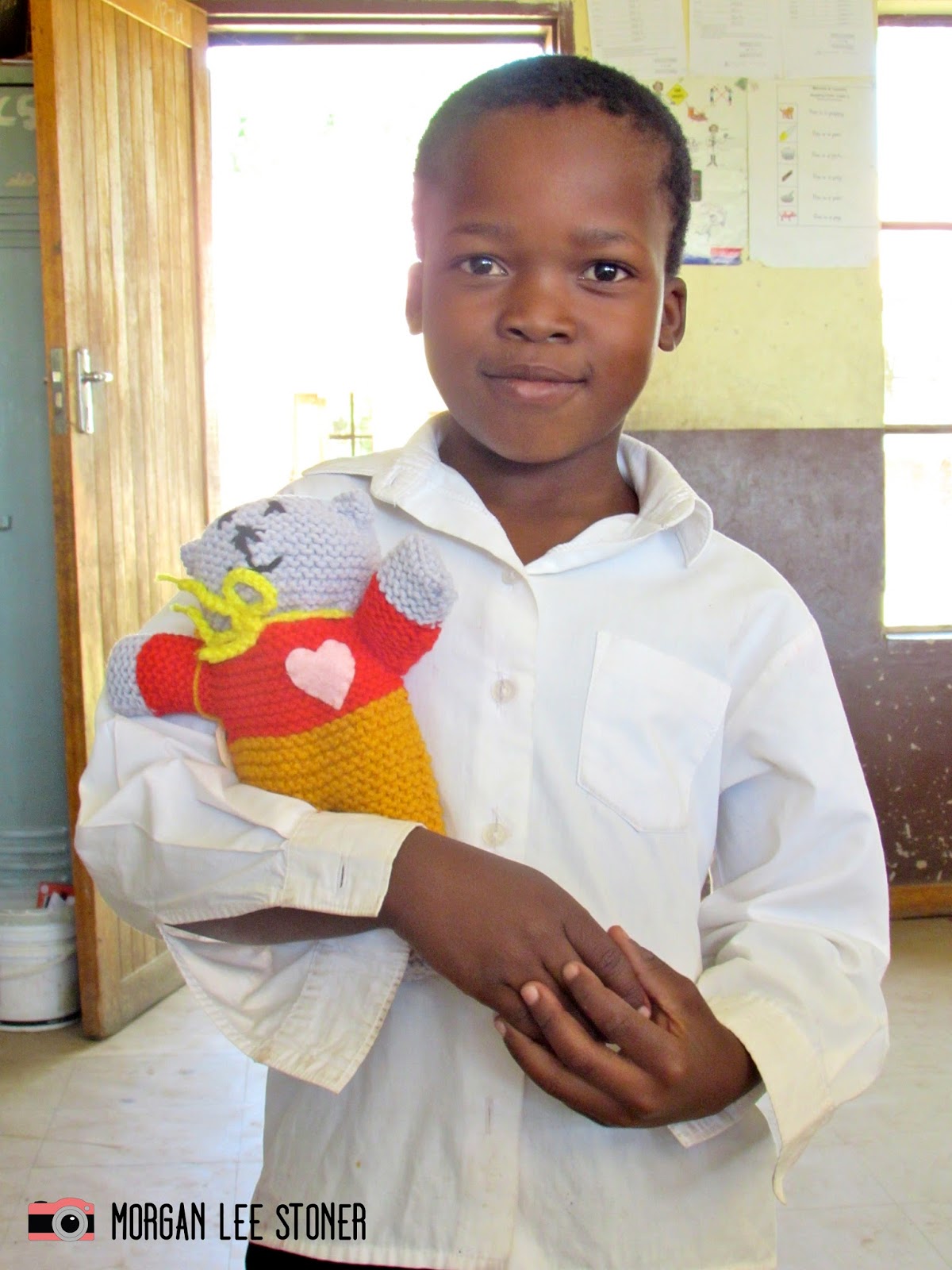 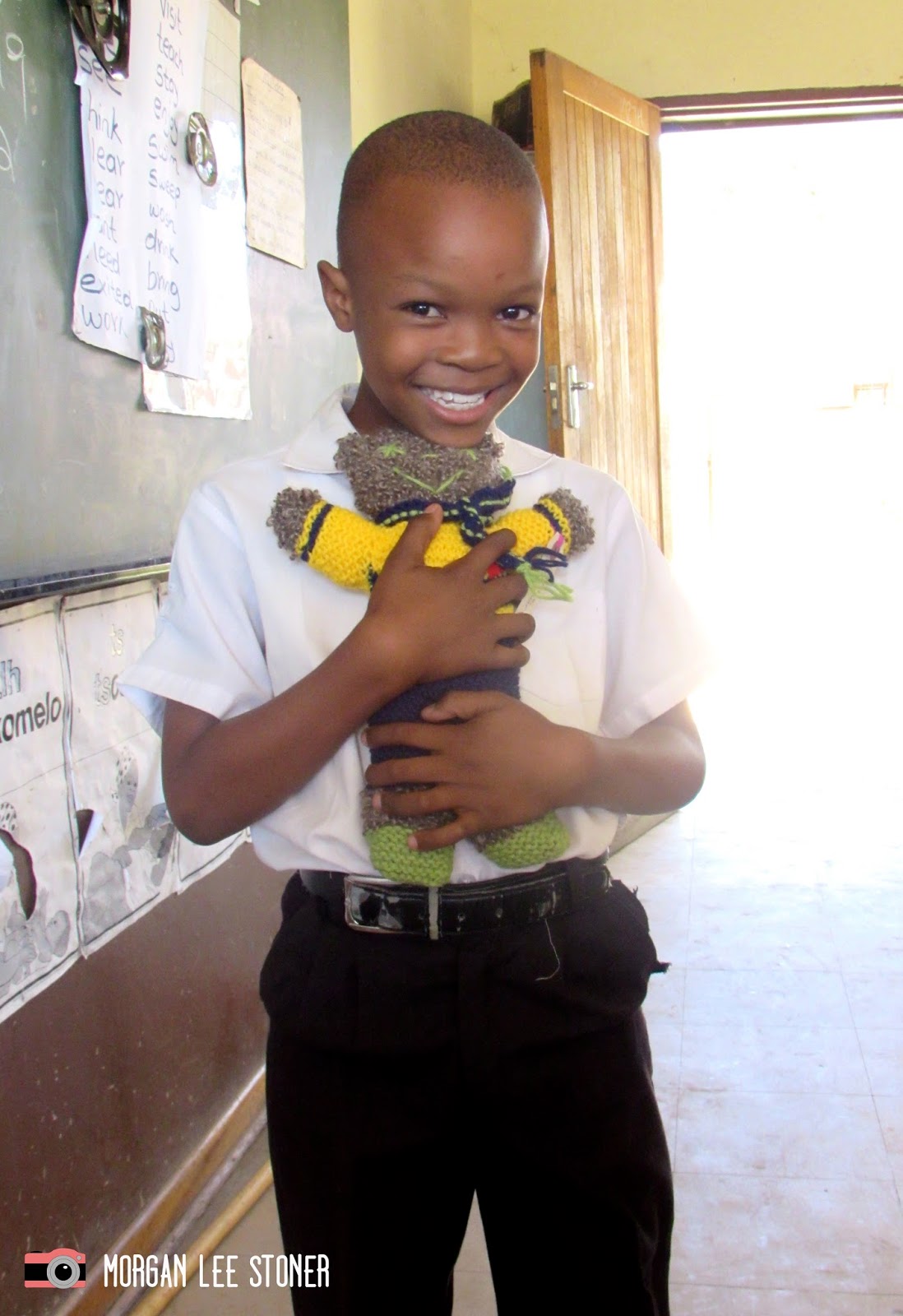 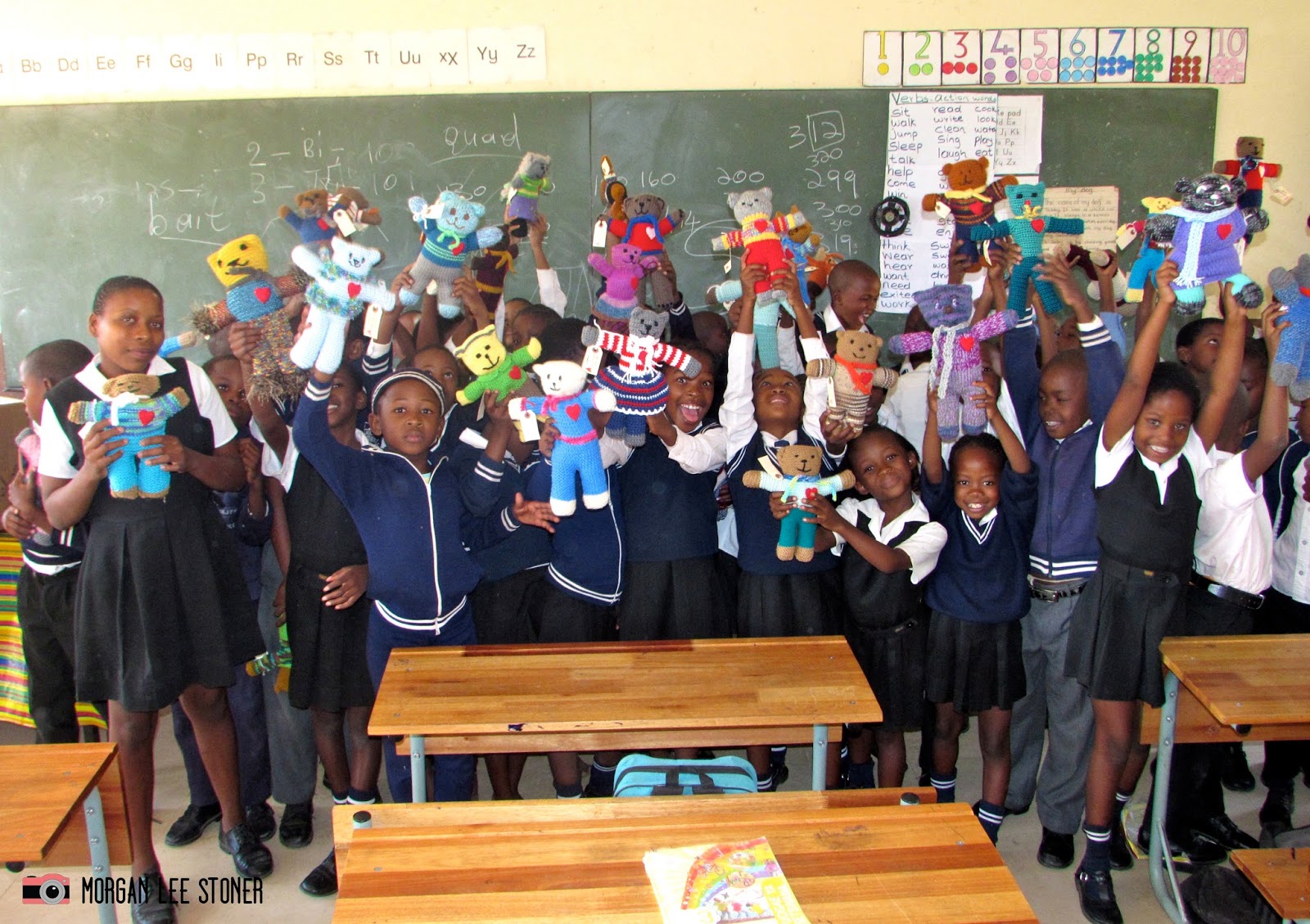 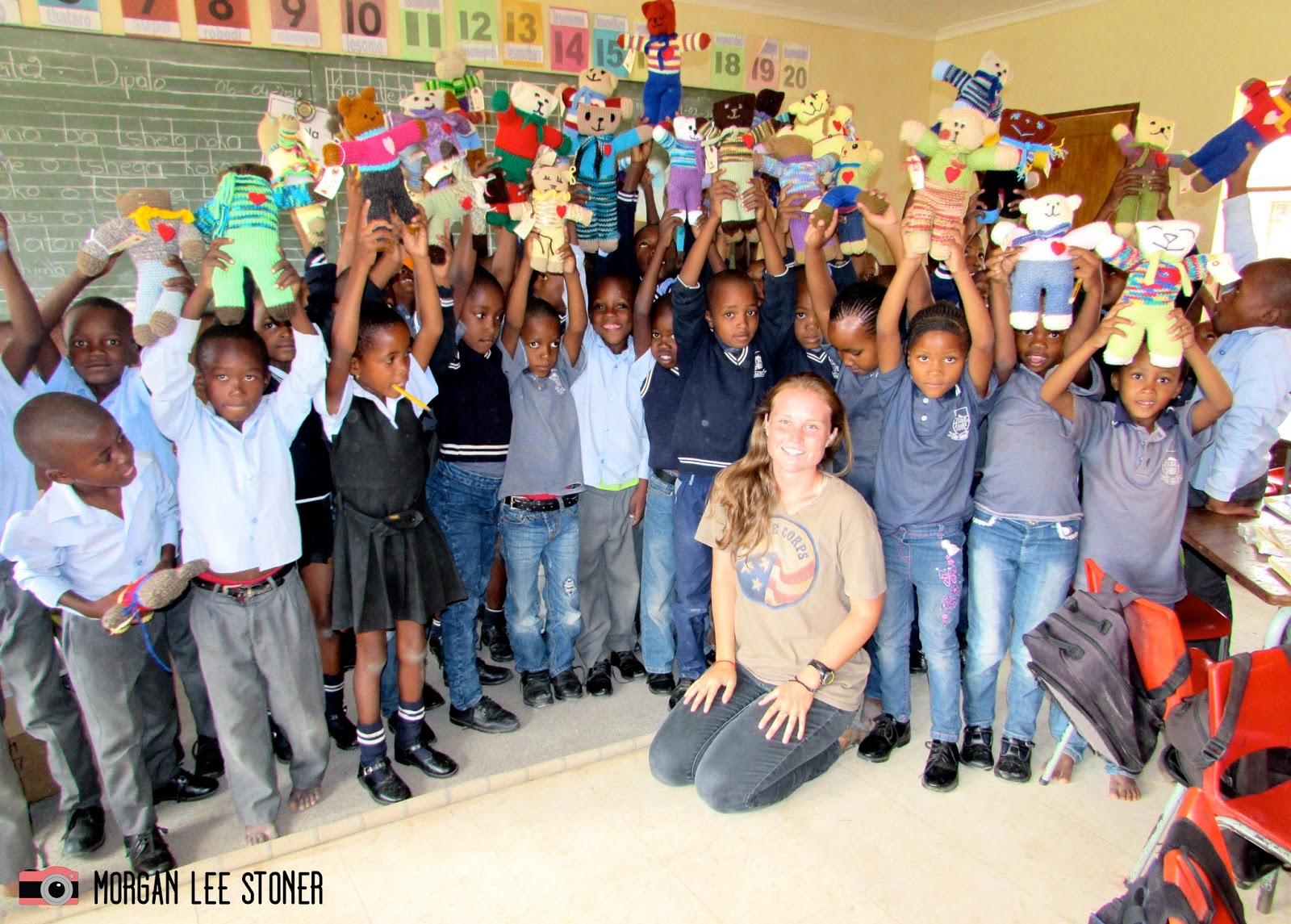