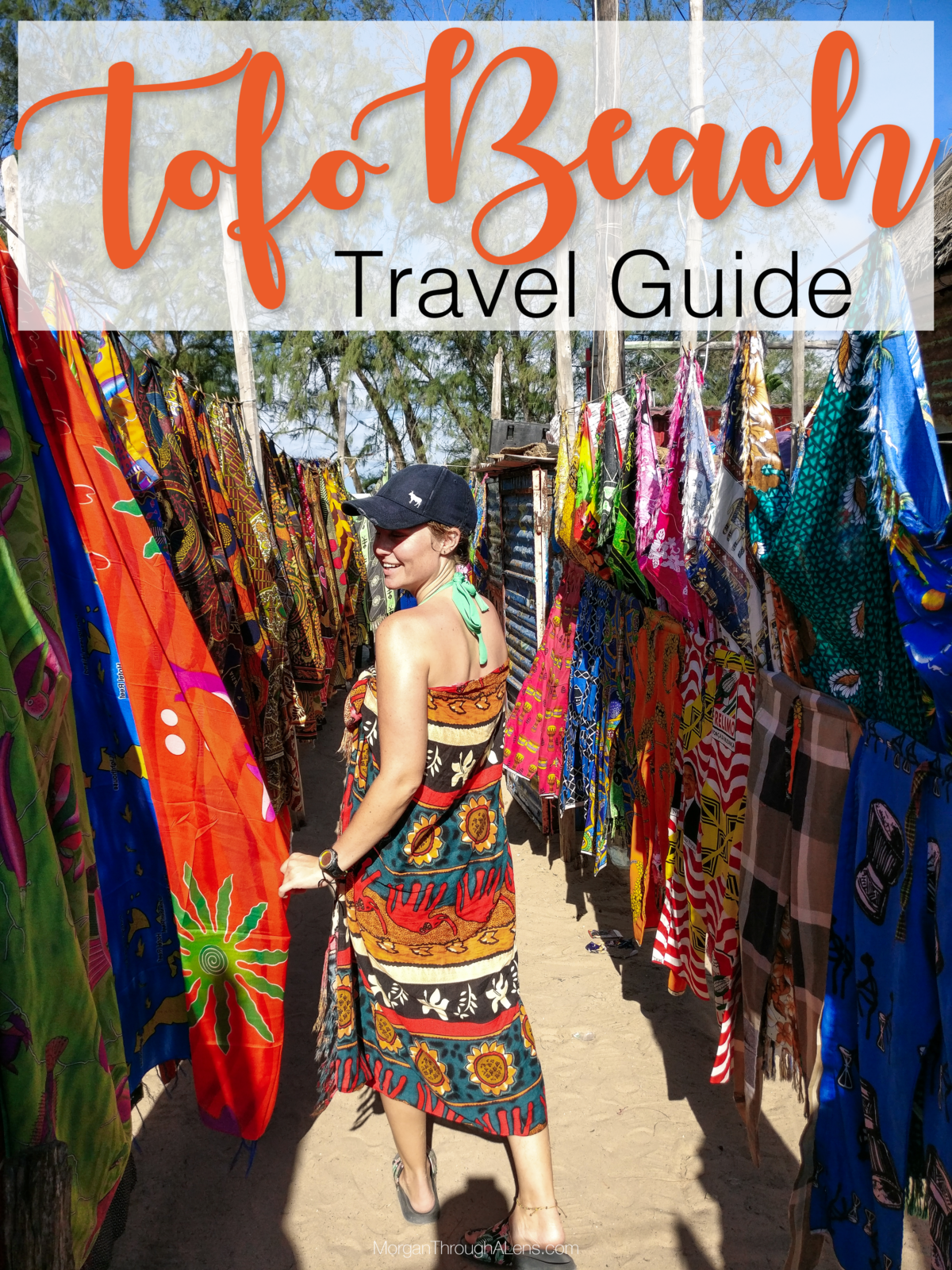 My Peace Corps friends, Alex, and I decided to spend New Year’s Eve in Mozambique. It’s a popular holiday destination with Peace Corps Volunteers and local South Africans alike. The trip was amazing, but I am so bummed because we lost all the photos we took on Alex’s camera. I was/am devastated. The sparse photos you see below are from phones, or photos I took from my friends (thanks, Akeen!).

Despite the loss of photos, I hope this blog post does Tofo Beach justice as it was an amazing trip and we had so much fun. I also hope the lack of photos inspires you to visit Tofo Beach to see it for yourself!

We chose to holiday in Tofo Beach. Tofo is a tiny tiny beach town near Inhambane and about a 7-hour drive from Mozambique’s capital, Maputo. I went with Alex and five Peace Corps friends.

Alex and I spent Christmas in Zambia with his family, so we flew from Lusaka to Jo’burg to Maputo (the capital of Mozambique) the day after Christmas. Our five PCV friends all took a bus from Pretoria/Jo’burg to Maputo (Intercape and Greyhound are great options). The bus is definitely the cheaper option, but the flight is much faster. Our friends left on Christmas since it was cheaper to travel.

From Maputo, you have to take a bus or car to Tofo Beach. Depending on what time you arrive you might need to stay the night in Maputo. We stayed at a backpackers, which I’ll talk about in the next section. There are a few bus options from Maputo to Tofo. Alex and I took a private bus and it was a disaster (I’ll spill the tea in the travel fails section). Our friends used the bus booked through Fatima’s. They said it was a bit more crowded but the trip went smoothly. However, a lot of the bus options are only available in the holiday/busy season.

We chose to stay at an Airbnb in Tofo Beach. It was a little rugged but we really enjoyed it. I’ll link it here. Another really popular place to stay is Fatima’s Nest. It’s a great little backpackers right on the beach. We ate lunch there a few times and it’s a great place to hang out even if you aren’t staying there. Fatima’s Nest also has another location in Maputo called Fatima’s Backpackers. That is where we stayed when traveling in and out of Mozambique. Fatima’s also organizes the bus that goes between Maputo and Tofo.

What to eat and drink?

There are some restaurants around Tofo, which we ate at once or twice, but as broke Peace Corps volunteers, we chose to cook food at the house we rented. It saved us a lot of money and we had a blast cooking for ourselves. One restaurant experience was quite memorable and I wrote about it in the travel fails section. In terms of drinking, Mozambique has two popular drinks that we loved. The beer is called 2M and the most popular mixed drink is Sparletta and Rum.

Getting around Tofo Beach

The easiest way to get around Tofo Beach, if you don’t want to rent a car, is to walk or hitchhike. Now, I don’t want to recommend hitchhiking, however, it is so popular in Tofo Beach, it’s almost like taking a taxi. Sometimes the drivers do it just to be nice, other times you need to offer up some cash.

Mozambique’s currency is called the Metical. There aren’t too many ATMs around Tofo, but when you find one, you can easily withdraw Metical to use for your trip. We also bought a sim card and data at the local market so we could use our phone since we didn’t have wifi. In Mozambique, the most common language is Portuguese. I speak a bit of Spanish and it was somewhat useful, but most people also speak a bit of English. However, on the islands, people speak the indengenious languages and not much Portuguese or English.

On our first full day in Tofo, Alex and I went on a boat tour of the small islands off the coast of Mozambique. These are most of the photos that we lost. I am so bummed since the islands and water are BEAUTIFUL. The boat tour was great, but it did turn into a bit of a “cultural experience” in that we visited local family’s homes and kids sang and danced for small coins. This happens sometimes when companies want to draw in tourists for the “authentic African experience”. I’m not super into that thing but the other parts of the boat tour were great. We took our tour through Fatima’s Nest.

Tofo Beach is considered one of the best places in the world to see whale sharks. Whale sharks make their annual migration past Tofo Beach every year between October and March. We booked an experience with Tofo Scuba and spent a morning boating around reefs, snorkeling, and looking for whale sharks. Most shops refer to this experience as an Ocean Safari so that you can’t ask for a refund if you don’t actually see any whale sharks. See the travel fail section below to hear about our experience.

Unfortunately, I did not have enough money to go scuba diving but two of our friends went diving and loved it. They highly recommend diving in Tofo I can’t wait to go back and take part. The also dove at Tofo Scuba.

The most popular place to spend New Year’s Eve in Tofo Beach is Fatima’s Nest. They host a huge party but you have to buy tickets/pay a cover. We were very hesitant to pay the price to get into the party (even though it wasn’t that expensive haha – we’re just cheap) so we had pre-drinks at our house and then hung out along the beach with other cheapskates haha. We eventually did get into Fatima’s, but not until after midnight. There are countless other places to spend NYE in Tofo, that’s just the party we heard the most about beforehand.

I love a good travel fail. They may be stressful in the moment, but they are such funny stories to relive and they make a trip so much more memorable.

Bus to and from Tofo Beach

As I said, we took a private bus company from Maputo to Tofo Beach. The driver didn’t know how to get to Tofo and kept asking us for directions (how were we supposed to know?!) and she forgot to bring cash for petrol. Also, there was a nationwide petrol shortage so even when we gave her cash, we couldn’t find any petrol stations and the car almost died on the side of the street. And to make matters worse, we booked round-trip tickets and she was supposed to take us back to Maputo at the end of our trip, but she never showed. We had to bum a ride with a Russian couple who was backpacking through Africa and we spent almost 8 hours crammed in a tiny rental car with no air-con.

Trying to find the AirBnb

When Alex and I got to Tofo Beach, we didn’t have wifi or cell service, and we had no idea where our Airbnb was located and no way to message our friends. We walked around for hours in the sun and when I started crying (we had been traveling a long time and also, there is nothing wrong with a few tears haha) some strangers took pity on us and gave us water and sunscreen. We still couldn’t find our Airbnb, so we hitched a ride with a nice South African couple who was there on holiday and they drove us around for 30 minutes until we eventually found the house. However, it was locked and we didn’t have keys so we had to climb in through a window and confirm that it was our Airbnb by looking at our friend’s luggage tags.

When ordering in a foreign language, a lot can get lost in translation. We went to a local restaurant on the beach and had quite an experience. Everyone ordered chicken, except me, the resident vegetarian, and I swear, the chicken was alive 30 minutes before we ate. Also, they never brought out my food, and finally, two hours after ordering, we asked the waiter and he said that he had told me they were out of what I ordered. All in all, we were at the restaurant for 3 hours but hey, that’s part of the experience.

Remember when I said whale shark tours are called Ocean Safaris so you can’t be mad if you don’t see a whale shark? Well, we definitely didn’t see a whale shark. The tour guide told us they had seen whale sharks the day before, but I am convinced that was just to get us on the boat haha. Overall, it was still a great experience. We saw dolphins and the reefs were beautiful, however, the same cannot be said for Alex. He spent the entire time vomiting off the side of the boat and barely got in the water. Oops.

We loved Tofo Beach and highly recommend visiting! Have you been to Tofo? What do you recommend?

Mental Health in the Peace Corps