Do I contribute to the "African Stereotype"?

“Eat your dinner, there are starving kids in Africa!”

Be honest, have you ever used that phrase, or one similar? I know I have.

“There are starving kids in Africa”. Have you ever wondered why you believe that to be true? Well, it’s probably because that is what you were raised hearing.

I don’t disagree with that statement, because there definitely are starving children on this continent, but there are also overweight children in Africa. And guess what? Africa isn’t the only continent with starving children. But for some reason, the two have become synonymous in our minds.

Westerners tend to think of Africa as a continent of poor, starving, sick people because that is the single story we’ve been fed our whole lives. Although that story is accurate of a portion of Africa, it’s painfully incomplete.

As Chimamanda Ngozi Adichie said in her influential Ted Talk, The danger of a single story, “the problem with stereotypes is not that they are untrue, but that they are incomplete. They make one story become the only story.”

Remember those commercials raising money for African charities? They show a small black child usually standing in front of a thatch hut in frayed clothes, bones sticking out, with a sad expression on his or her face. Then the white American man shows up to save the day, promising that one quarter a day can save this child’s life.

I’m sure most of those charities do great work and help a lot of people, but displaying that one sad image gives a limited view of Africa as a whole. Growing up, if all you see is that starving child in rags in front of a hut, you will have a very biased, incomplete image of Africa.

Not only does it give a one-sided view of Africa, it also diminishes African people to a stereotype: a person with zero depth, zero complexity, and zero nuance. They have one character to play, and if they can’t represent the Africa that Westerners want to see, they aren’t shown at all. Just because someone lives in poverty doesn’t mean they aren’t also hardworking, creative, and passionate, but for some reason, people don’t think of those words when they hear “Africa”. Well, this may come as a shock but some of the most amazing people I've met in South Africa are living in poverty and that doesn't stop them from making the world a better place.

Reducing Africa to a stereotype of poverty also deprives a voice to the millions of Africans who aren’t living in poverty, and those who moved from the former to the latter. The hardworking, self-sufficient, creative, passionate Africans who go to school, own their own businesses, put food on the table for their family, bought their own home, and are helping the less fortunate in their own continent. They deserve to be recognized for their accomplishments, not pigeonholed by a stereotype.

Let’s not forget, Africa is a continent, not a country. Continually referring to “people in Africa” is perpetuating the notion that all Africans and all countries in Africa are the same. Are all countries in North America the same? Heck no. People rarely refer to North Americans as a whole because we know that Canadians are not the same as Cubans, and grouping them together is a disservice to their unique culture and identity.

I’ve only been to five African countries: South Africa, Swaziland, Zimbabwe, Zambia, and Mozambique. Five of 54. 9%. How could I possibly give a proper representation of the entire continent of Africa? But I’m sure some people read my blog and attribute what I write to all of Africa. From now on, know that I am writing from the perspective of someone living and volunteering in South Africa (and that doesn’t even begin to address the vast cultural differences within this country).


Let’s focus on South Africa for a moment

We need to find a way to balance the good and the bad. Tell the whole story instead of the single story. Change the bad, celebrate the good. Make sure people help the less fortunate in Africa, but also acknowledge the accomplishments and successes of Africa. Stop the spread of HIV/AIDS and malaria (diseases that have simple treatments but needlessly kill millions every year because of lack of access) but also acknowledge that not everyone on this continent is HIV positive.


Am I part of the problem?

I worry that I have contributed to the “African Stereotype”, and for that, I am sorry. As a volunteer, it’s beneficial to focus on the things that garner sympathy for the people in my community and the problems they face. But I have done my community members a great disservice if I ever gave you the impression that they are one-dimensional or fitting of any stereotype.

Don’t ever let a single story determine how you view a person, culture, country, continent, or situation. Especially a country as diverse as South Africa and a continent as diverse as Africa.

This post is part of Blogging Abroad's 2017 New Years Blog Challenge, week two: The Danger of a Single Story. 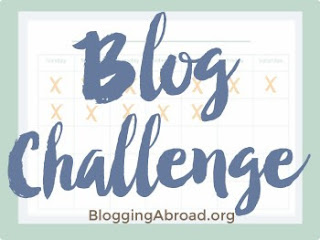