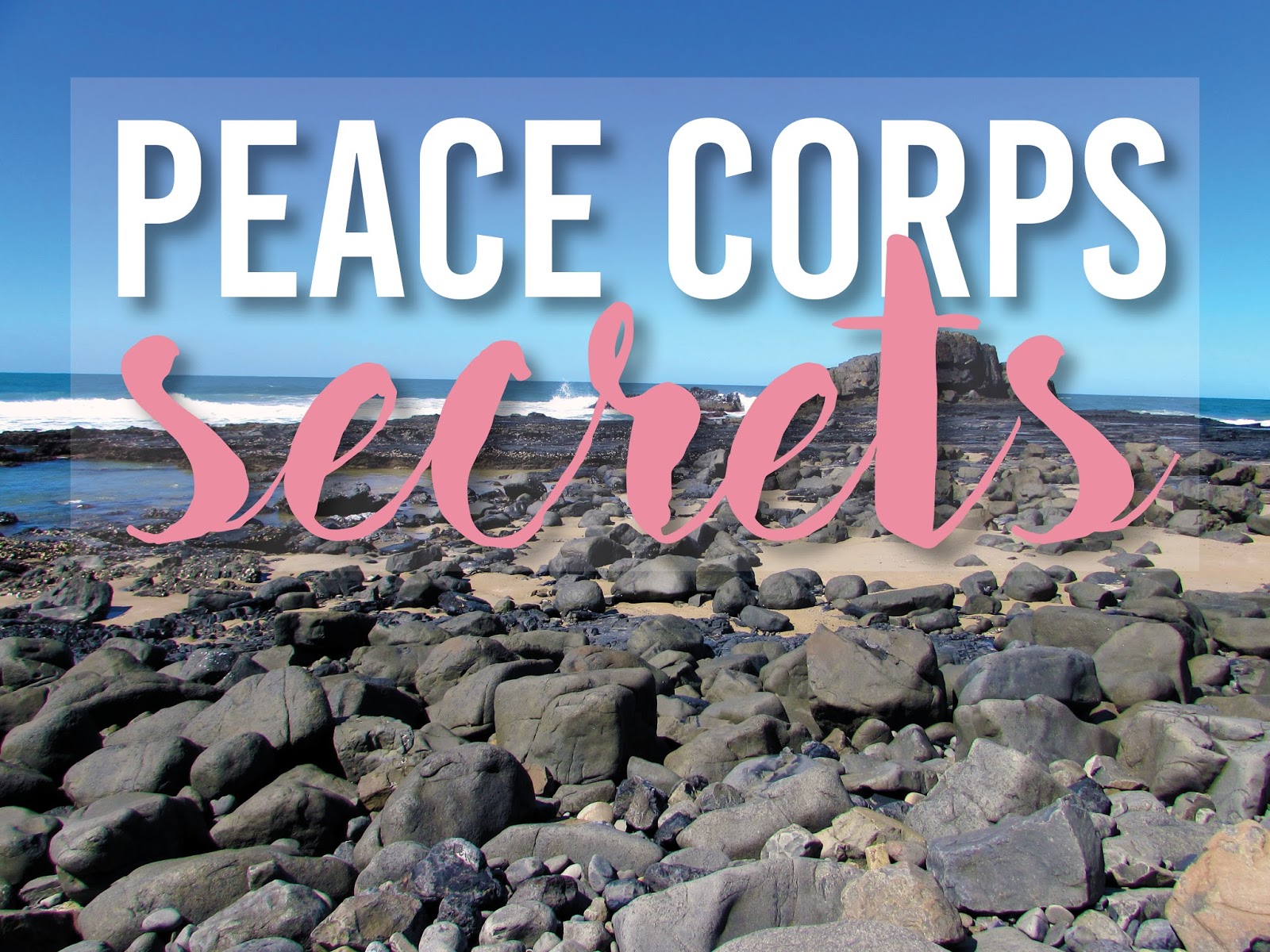 This is my last blog post about Peace Corps. I finished my service 4.5 months ago, and frankly, I've run out of things to say. However, if there is anything else you want to know, feel free to ask in the comments or send me an email!

I loved my Peace Corps service. I think I've made that quite clear throughout my blog and YouTube channel. But it wasn't perfect, and if you are considering joining Peace Corps, you should know everything. Prepare yourselves.

Disclaimer: Like I've said a million times, I can only speak about Peace Corps South Africa and my personal experience, blah blah blah.

I feel bad throwing high school under the bus since I actually liked my high school, but if One Tree Hill has taught me anything, high school can be a bitch - and so can Peace Corps.

Take 35 complete strangers and throw them together in an intense situation half-way across the world and drama is bound to occur. In fact, the Peace Corps rumor mill and gossip is worse than anything I've ever experienced. Once those 35 people are sent to their individual villages with limited TV, Internet, or other sources of entertainment, they turn to gossiping about one another to pass the time. Obviously this isn't true of everyone, but it's true of most. And I won't lie, for the first nine(ish) months of my service, I was equally as privy to the rumor mill and gossip. This dies down once people get settled into their own communities and stop seeing other volunteer's as often, but it can still be hard to handle. I promise, this didn't last my entire service. I recommend NOT following my lead and try to stay out of it as much as possible. Find people you can trust who don't partake in the drama and you'll be just fine.

Also like every high school show on the CW network, Peace Corps is pretty "incestual". By that I mean, everyone in Peace Corps dates or hooks up with everyone else in Peace Corps. Okay, that's an exaggeration, but it still happens more often than you'd think.

From the outside, Peace Corps may seem like a hippy paradise where everyone gets along but that is far from true. Regina George isn't just every one's favorite fictional "mean girl", she's also the inspiration behind a few people I've met throughout my Peace Corps service. I've never experienced bullying before (or if I did, the bullies were so bad at it that I didn't' realize it was happening) so coming into Peace Corps and experiencing a degree of bullying was unsettling, to say the least. Three girls in particular were complete nightmares to me. By nightmare, I mean, pretending to be my friend to my face and then talking shit and starting rumors about me behind my back. I won't go into detail, but ultimately they didn't like their Peace Corps service and they left before the one year mark [Hallelujah]. Luckily, I did have extremely supportive friends who helped me through that time.

2. YOU WILL MAKE MISTAKES.

I would like to make it very clear that I did not make all these mistakes (geez, that would be bad haha), but I'm trying to make a point here.

Most of my blog posts and YouTube videos are about my projects and programs and it gives the impression that I am quite the busy bee. That's not always the case. There is a lot of down time. This is a result of many things. Sometimes the community isn't super psyched and eager to work on certain projects. There is also something we like to call African Time. Things just move a lot slower this side; something that you could do in a day is stretched into a week. And I can't tell you how many times I showed up to a meeting and no one was there, so I went back home and watched Modern Family for the thousandth time.

Also, living hours away from Peace Corps staff in Pretoria means that you aren't always held accountable to go into work everyday, stay till 4pm, and get a lot done. You have to learn to be a self-starter and self-motivated.

Lastly, sometimes you are so stressed, lonely, and homesick, even leaving the house is just too much. If you ever think, am I actually making a difference? know that just by asking yourself that question you are moving in the right direction. Everything is going to okay.

There will be times, especially during training, when you feel more like a child at summer camp than a full-grown adult. And the feeling doesn't necessarily go away once you're a sworn-in volunteer. I guess it's not that bad, it just takes some adjustment.

To be fair, Peace Corps is a government organization responsible for your well-being while in a foreign country, so I understand why they are paranoid about your whereabouts and health. Your safety is a top priority.

Most volunteers won't become fluent in their local language. I still speak a bit of Setswana - ke bolela gannyane Setswana - but by no means am I fluent. Aside from a few overachievers, not many people are. English is an official language in South Africa and most secondary school classes are taught in English (even in the rural communities) so most people know English quite well. Those who don't are eager to practice speaking English with a native English-speaker. As result, I didn't use Setswana as often as I thought I would.

Latin America might be an exception. Those Peace Corps countries require most volunteers to be almost fluent in Spanish before even starting service, so by the end, they probably are fluent.

I hope this doesn't scare anyone away from Peace Corps. If you need some pro-Peace Corps motivation, read any of my other blog posts or watch some of my YouTube videos! Still the best decision I've ever made. And I'm gonna miss writing about it.
q
peace corps south africa