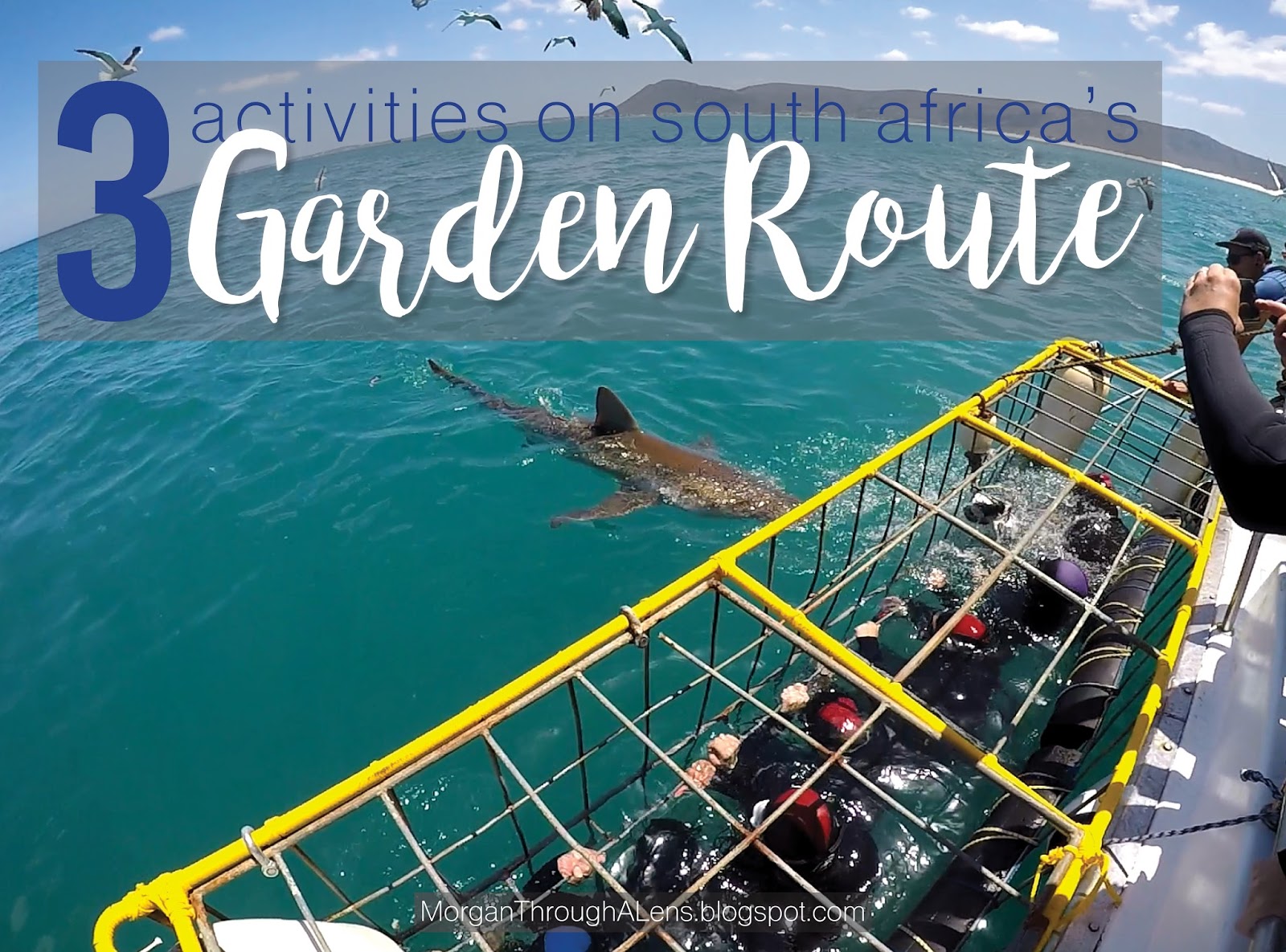 When people visit South Africa they immediately want to see Cape Town and Kruger, and although those are incredible places (I've been to both multiple times), there is so much more to SA. If you plan to visit South Africa, why not try something a little out of the box?

The Garden Route is a section of the South Africa coast stretching from Cape Town in Western Cape to Port Elizabeth in Eastern Cape and known for its untouched beauty and outdoor activities. After Shelby and I spent 4 days in Cape Town, we decided to spend another two days road-tripping through the Garden Route.

Here's our two-day itinerary and what we deem are some must-do activities:

We started our trip in Van Dyks Bay (basically, Gansbaai), which is about a two-hour drive from Cape Town. We spent the night in the sleepy, little beach town, and then woke up early for cage diving with Great White Sharks! This wasn't my first time braving the cage, but I wanted to experience it again with Shelby.

The first time, I used Shark Diving Unlimited but this time we tried White Shark Diving Company. Honestly, they seemed like comparable companies to me. Shark Diving Unlimited is a little cheaper (R1500 compared to R1850) but transport from Cape Town is cheaper from White Shark Diving Company. If I remember correctly, SDU provided free towels, but WSDC definitely did not. However, both provided a free, delicious meal afterward. I saw more sharks when I went with SDU, but that could easily be the time of year and the discretion of the sharks. Honestly, I think it's mostly out of our control.

The experience was cool, but like the first time - I froze my butt off. You can't just hop into the cage and then call a shark to come and greet you. There is a lot of waiting involved. And when the water is freezing cold, the waiting is not easy. I got out of the cage a few minutes early because the cold was unbearable (but not before seeing some sharks up close and personal).

I didn't take any pictures (because I didn't want to bring my camera aboard) but Shelby got a lot of GoPro footage. I put screen shots below, but you'll just have to wait for the YouTube video to see more! Visit the Southernmost Tip of Africa

After the cage dive, we drove immediately to Cape Agulhas, the southernmost tip of Africa and the dividing line between the Atlantic and Indian oceans. The area was under construction so we couldn't go to the lighthouse, but that also meant there weren't many tourists. Although the southern-most tip of Africa was simply a stone block with a plaque, I could not get over the fact that for a few minutes, I was the southernmost human being on the entire continent of Africa. Africa has a population of 1.216 BILLION people and for a short time, I was the most southern. I would visit Cape Agulhas for that mind f*ck alone. If the shore weren't so rocky, we probably would have put our feet in the water just to say we swam where the Atlantic and Indian oceans mix, how cool is that?

We stayed the night in Mossel Bay, which is about three hours from Cape Agulhas. This town was slightly larger than Gansbaai, but still a relatively small beach town. 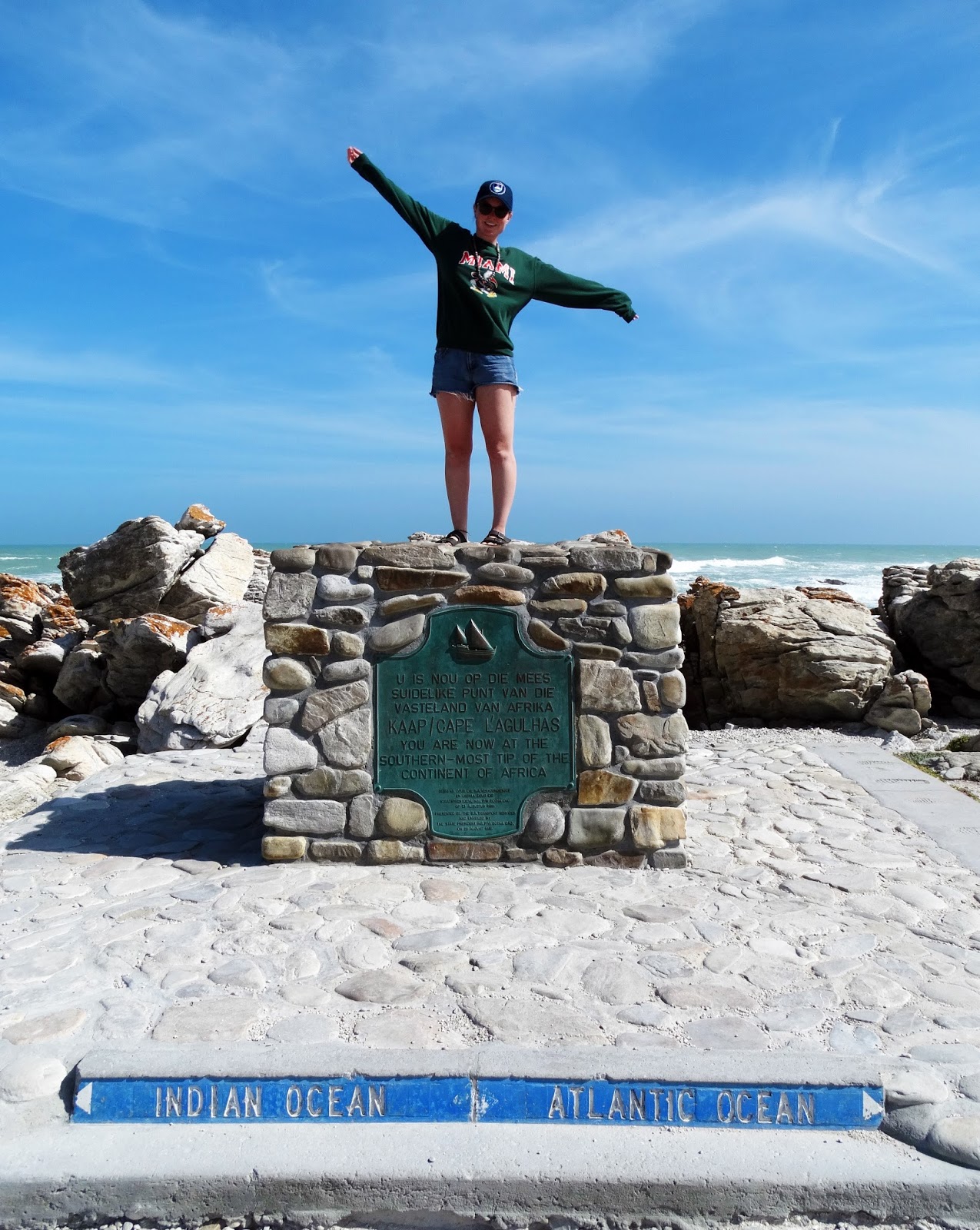 Bloukrans Bridge is about halfway between Mossel Bay and our final destination, Port Elizabeth. It is also on the divide between Eastern and Western Cape. The main attraction of Bloukrans Bridge (besides the view) is the bungee jump. They claim it is the highest commercial bungee in the world and the first bungee in Africa. Since I have already bungeed before, I decided to skip it (also, it looked way scarier the second time). BUT we were allowed to walk across the bridge and watch people bungee (for R150, of course).

When I bungeed at Victoria Falls, I just jumped off the main part of the bridge. At Bloukrans, you jump from underneath the bridge on the beams (arch rib is the technical term?). They created a little walkway UNDER the bridge to take you to the platform, and that itself was terrifying.

I LOVED the atmosphere of this bungee. There was literally a DJ playing music on the platform, people dancing while waiting their turn to jump, and everyone was super supportive, especially to the nervous folks. If I bungee again, it'll definitely be here. Again, there should be a YouTube video coming soon so you can see for yourself. 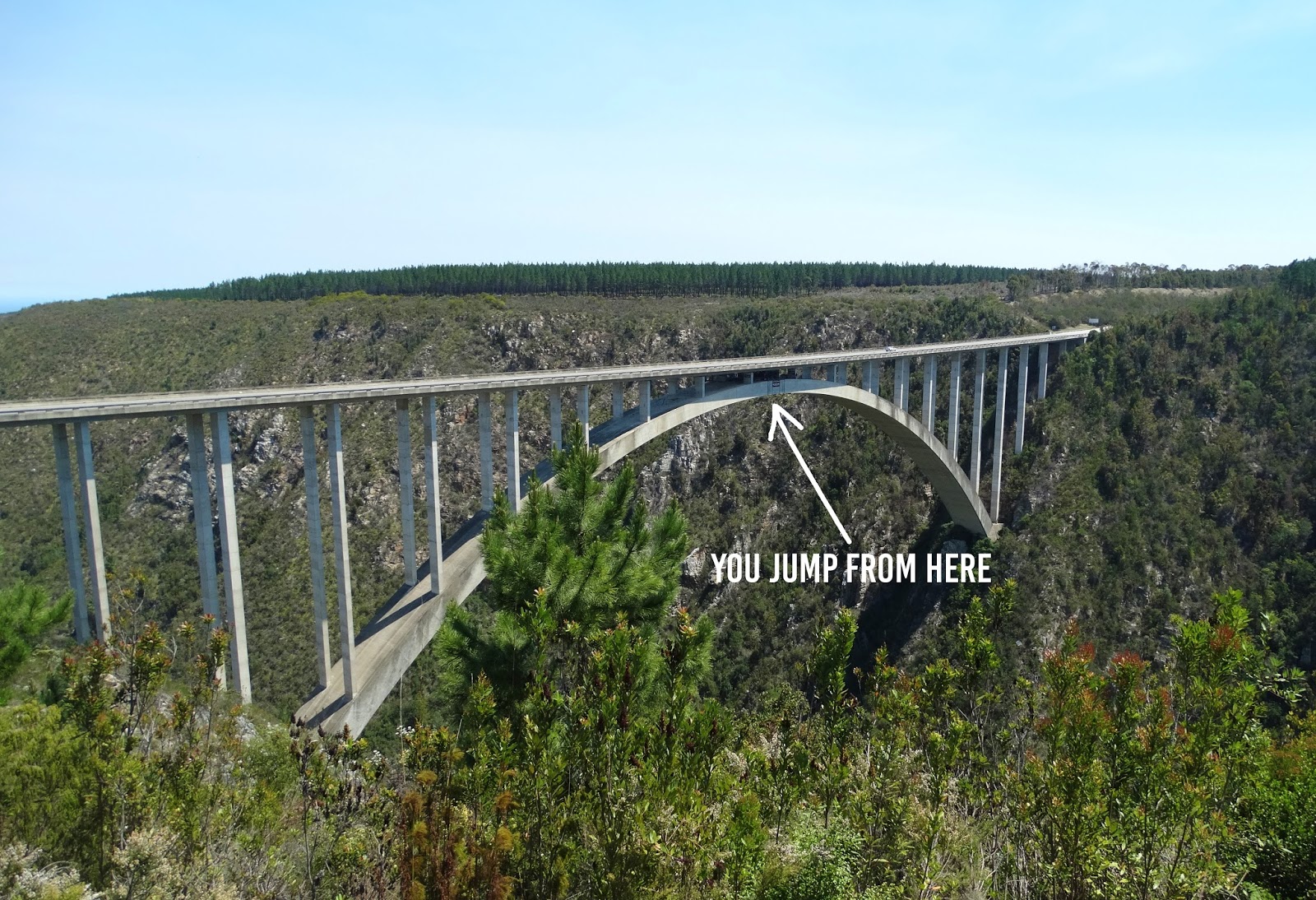 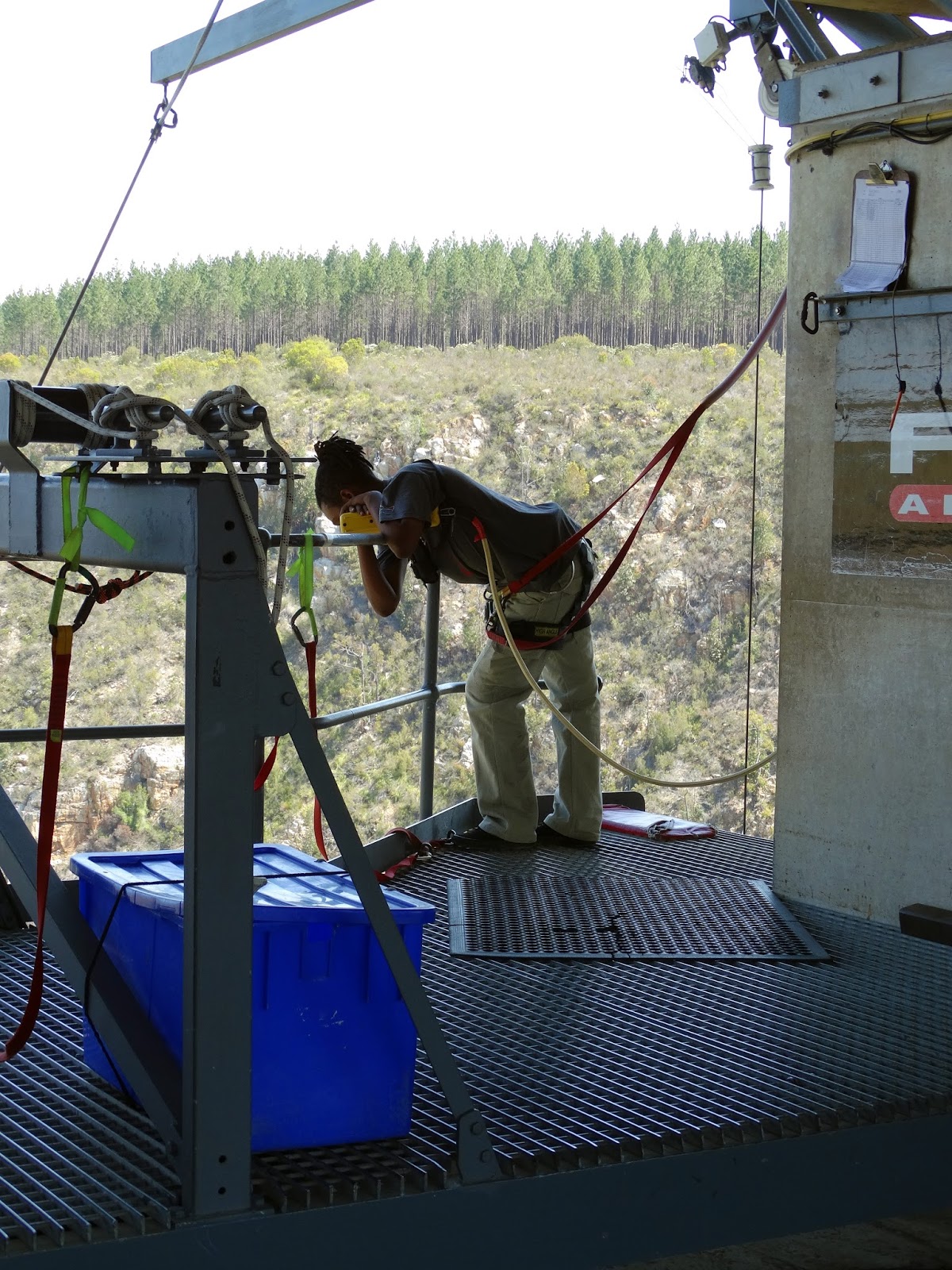 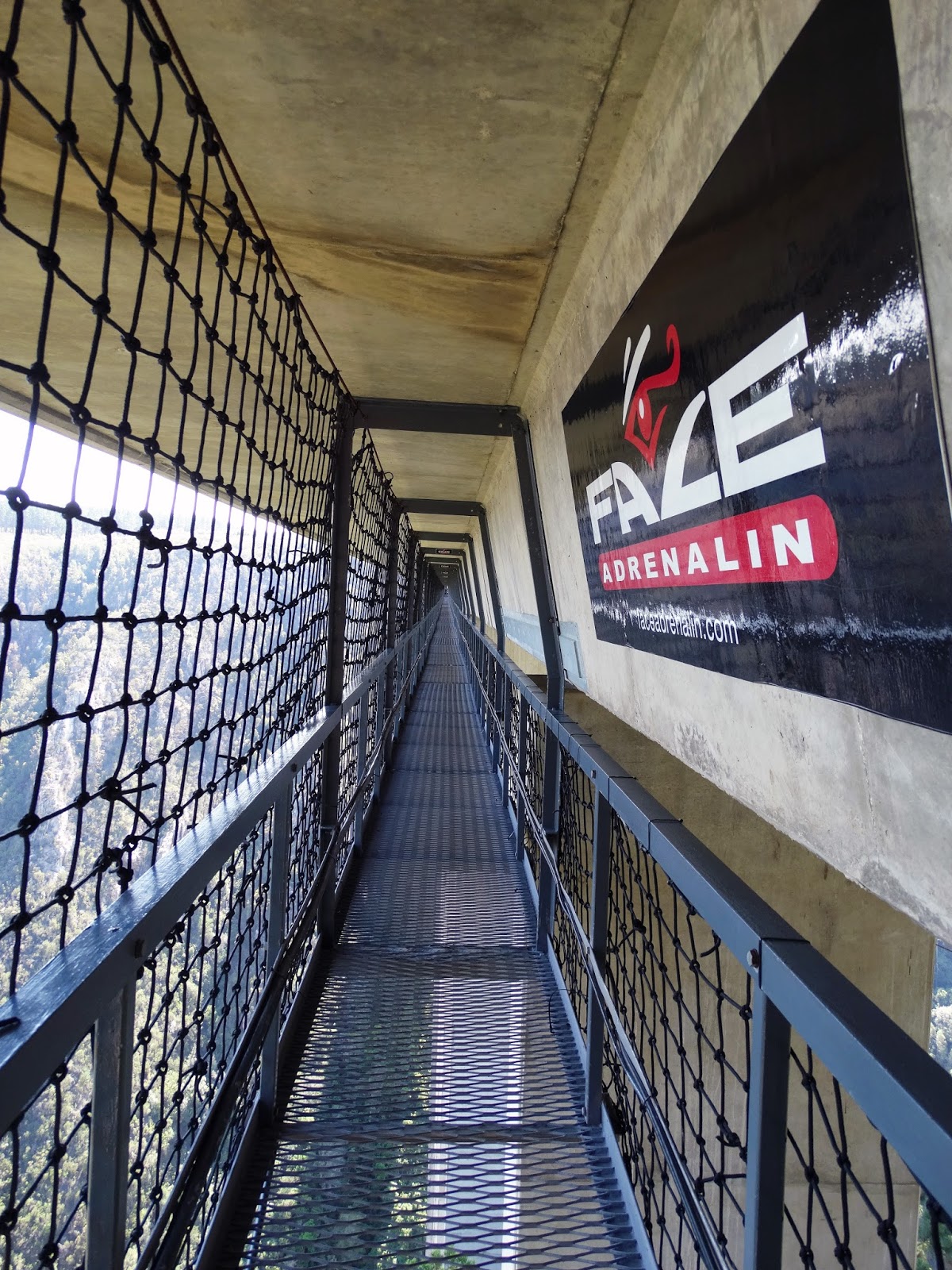 Extra: Go on a Safari

Lastly, if you are vacationing in South Africa and haven't gone on a game drive yet (which I find hard to believe) there are so many along the Garden Route! We had an extra day in Port Elizabeth so we went on a game drive there (I highly recommend Addo Park), but there are others along the route.
P.S. I also went to PE in August and wrote all about it so check that post out for more ideas! 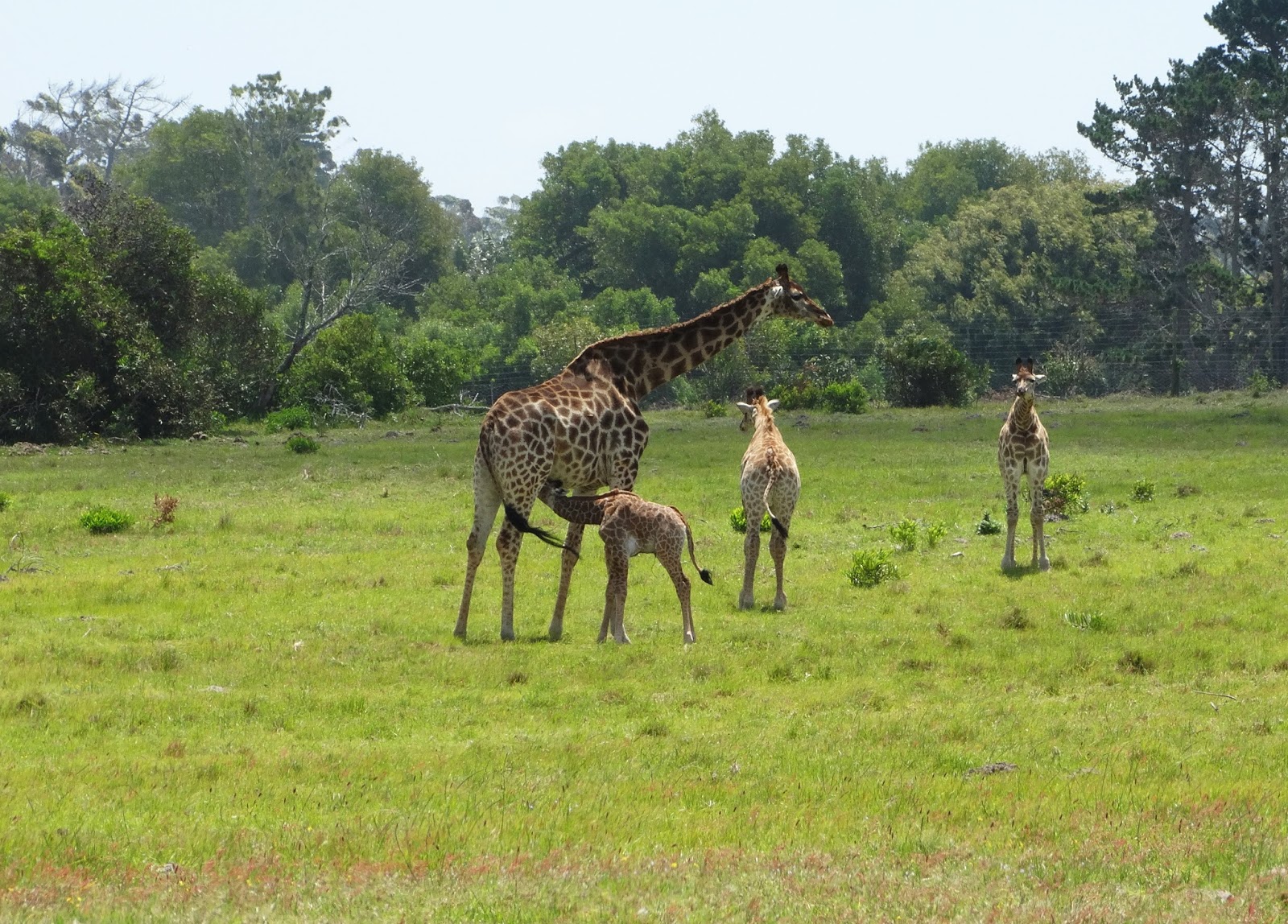 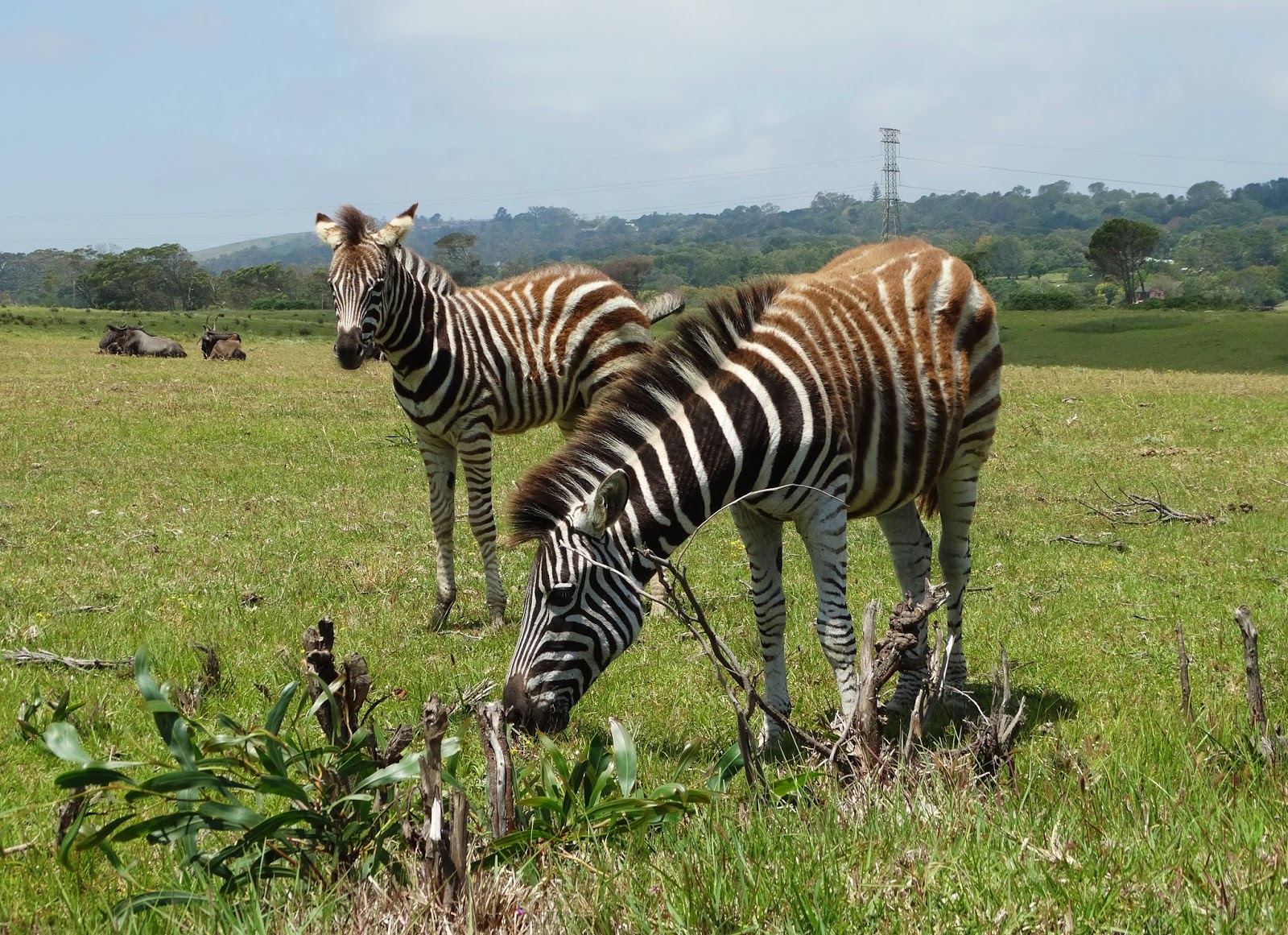 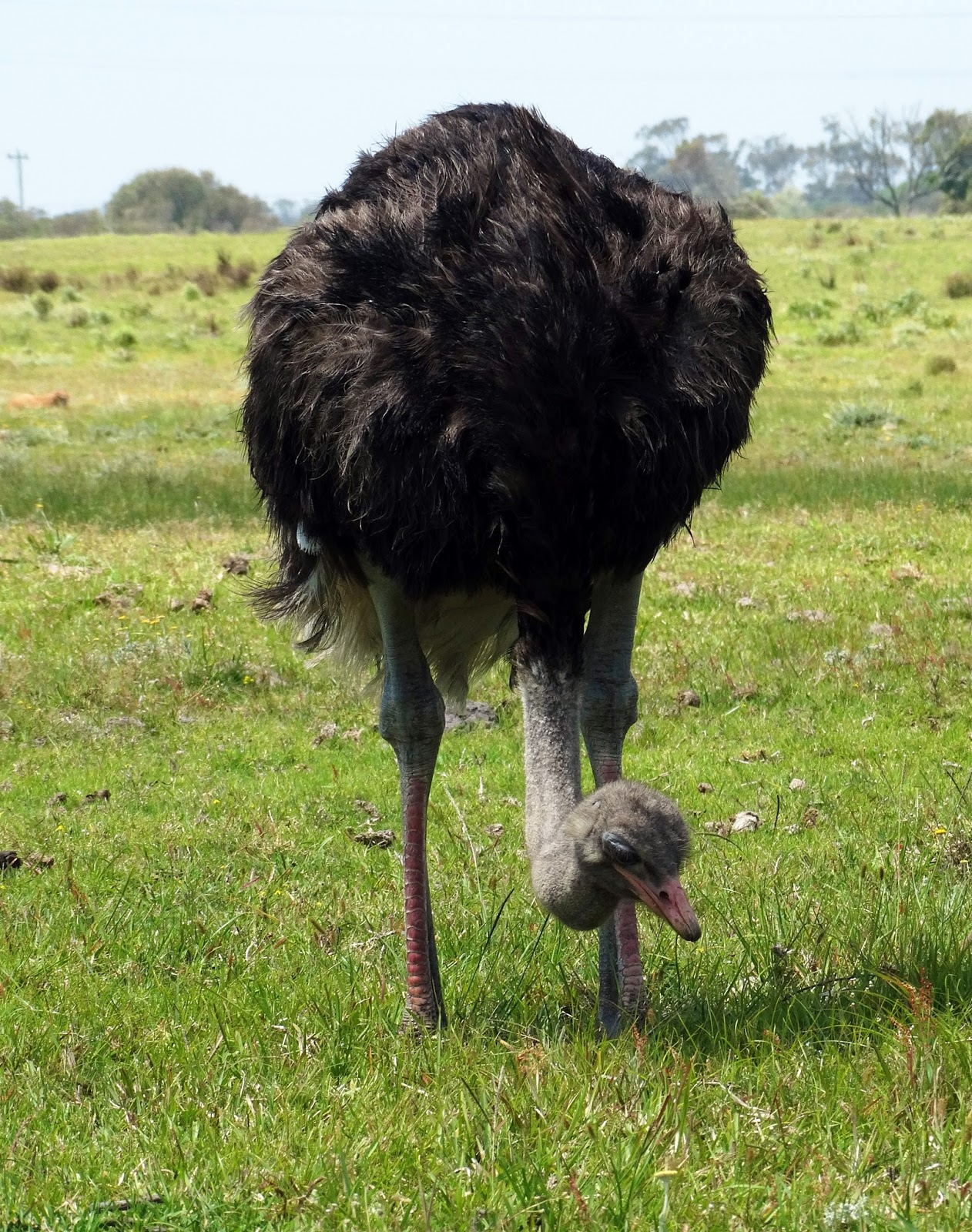 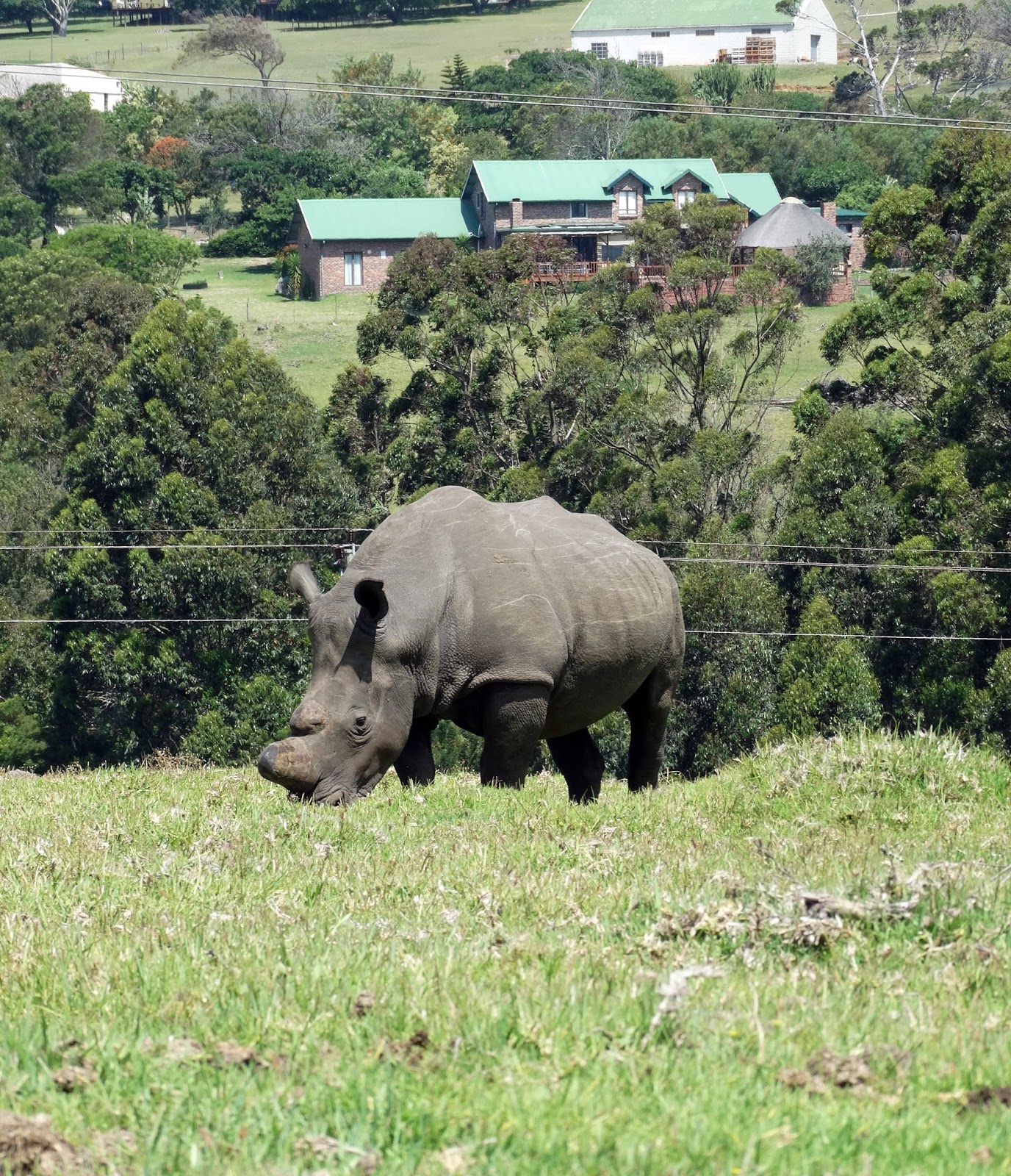 Thanks for reading! Hopefully this gave you some ideas for alternative trips around South Africa and some fun Garden Route activities!

What did I miss? Are there some Garden Route essentials you think I should check out? Let me know in the comments!
travel