What's the hype with the Drakensberg?

Where is the Drakensberg?


Hiking in the Drakensberg

Hiking is the most popular activity in the Drakensberg and with the amazing vistas, untouched natural beauty, and world-renowned hiking trails, it's easy to see why. We hiked in the Amphitheatre, which (according to Wikipedia) is considered one of the most impressive cliff faces on earth. Honestly, I don't disagree. It was insanely gorgeous.

The hike is pretty strenuous and includes a gully portion which felt more like rock climbing than hiking. The route also takes hikers to the top of the famous Tugela Falls - the tallest waterfall in Africa, and second tallest in the world. At the end of the hike, we had to traverse down chain ladders bolted into the cliff side. It was a bit scary (especially for my dad who is scared of heights) but overall, such a cool experience!

Our backpackers organized a guided hike along this route for R750. The price includes transport to the starting point, national park entrance fees, lunch, and obviously, a guide. 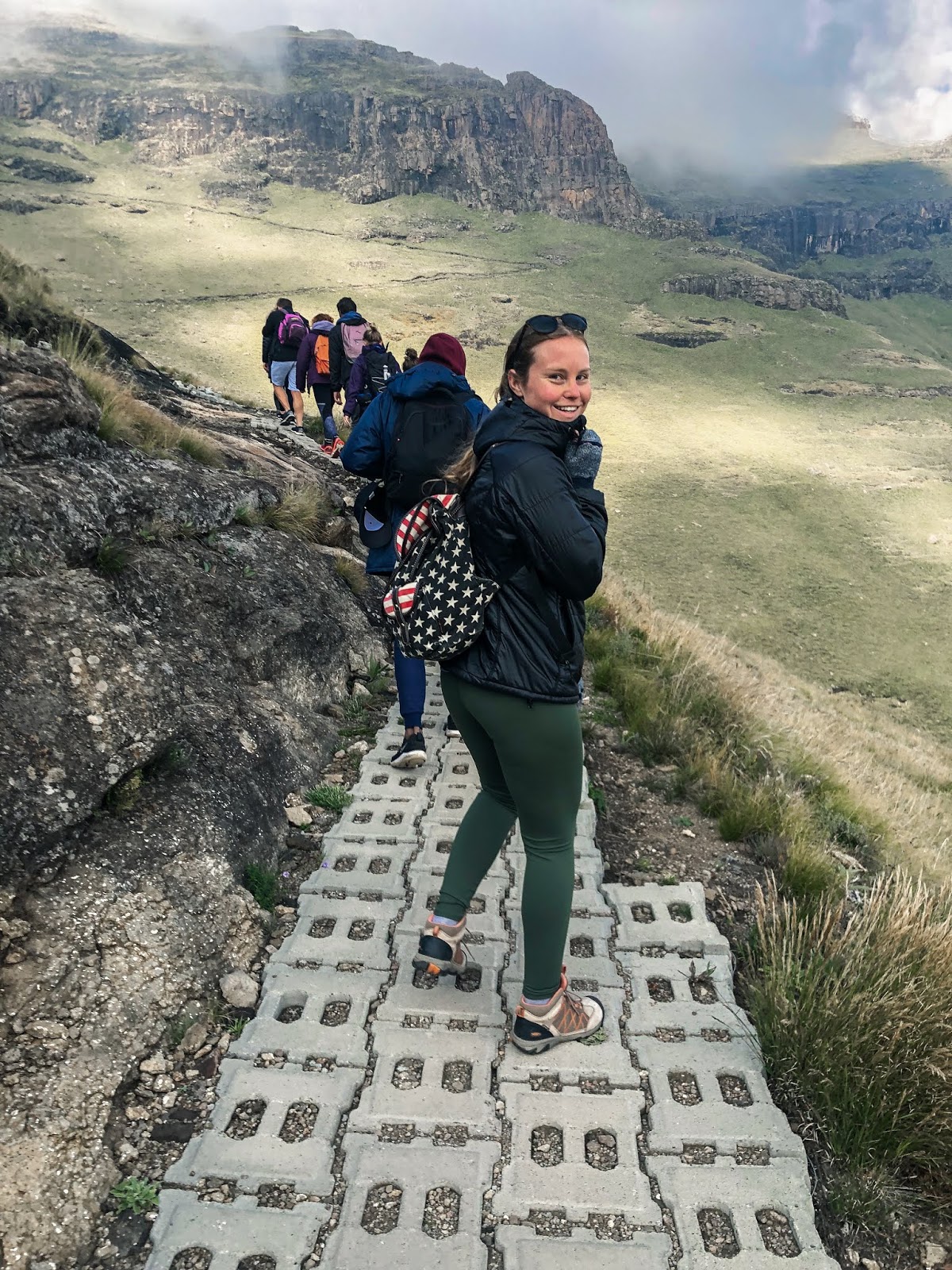 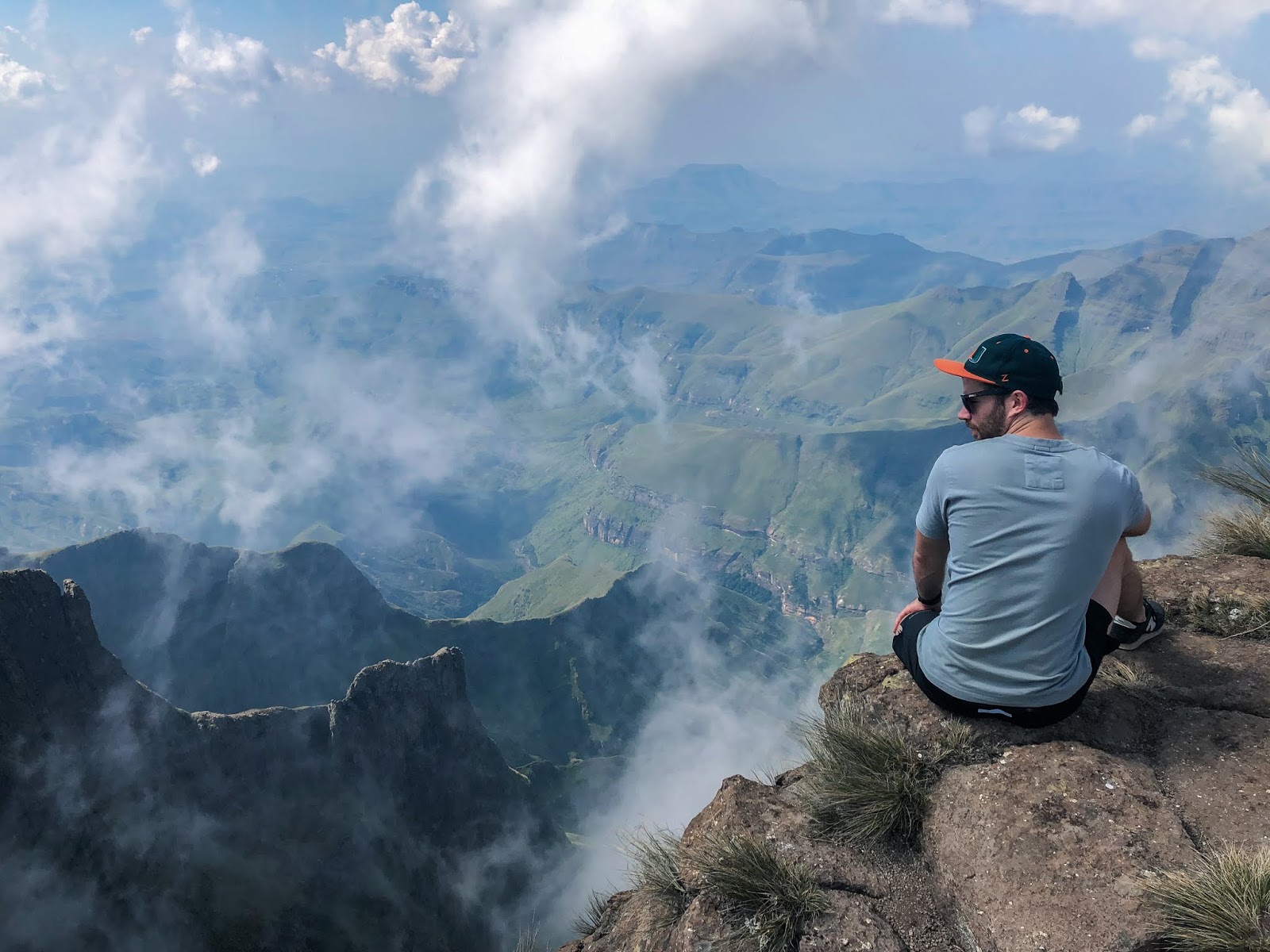 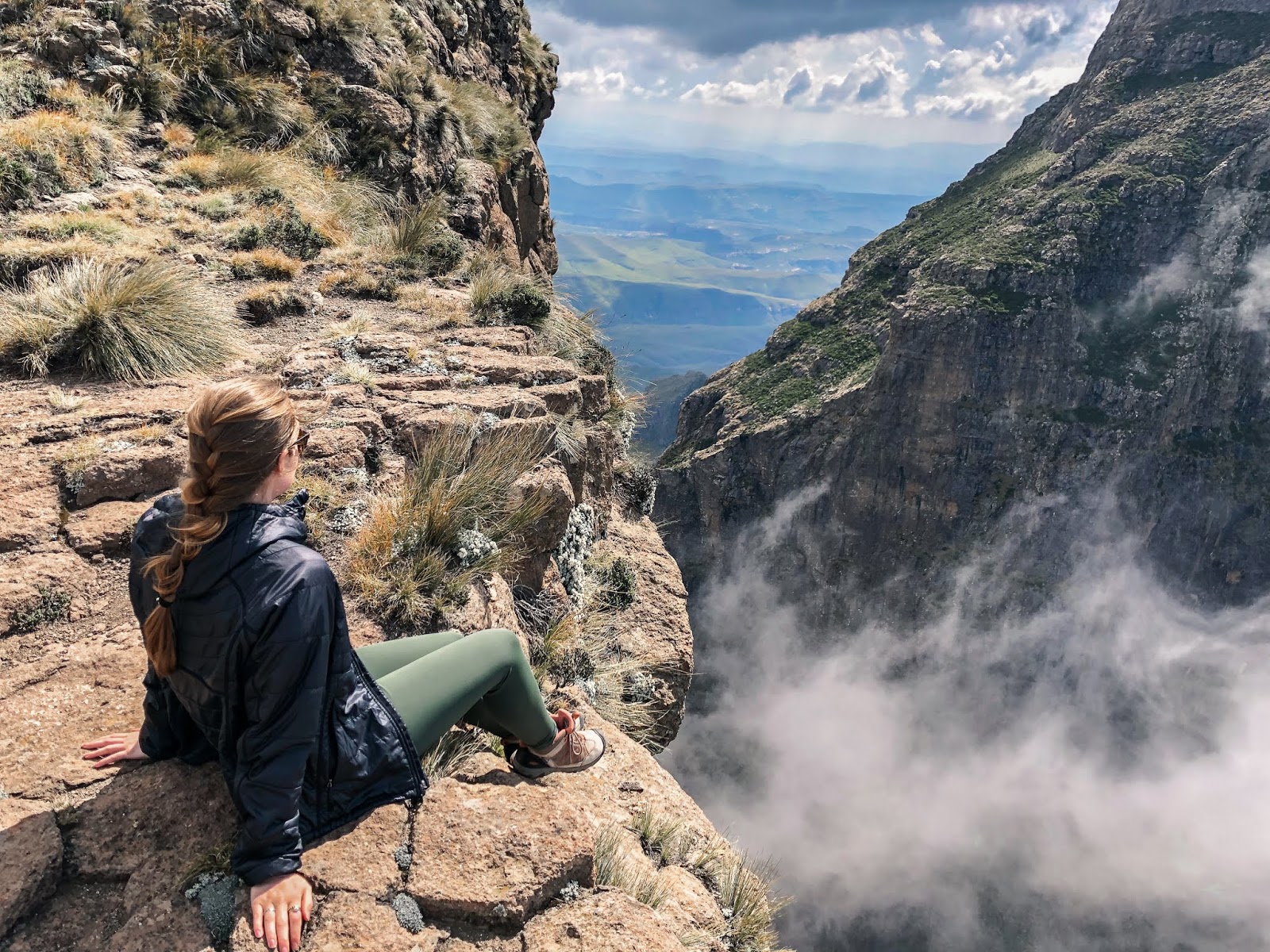 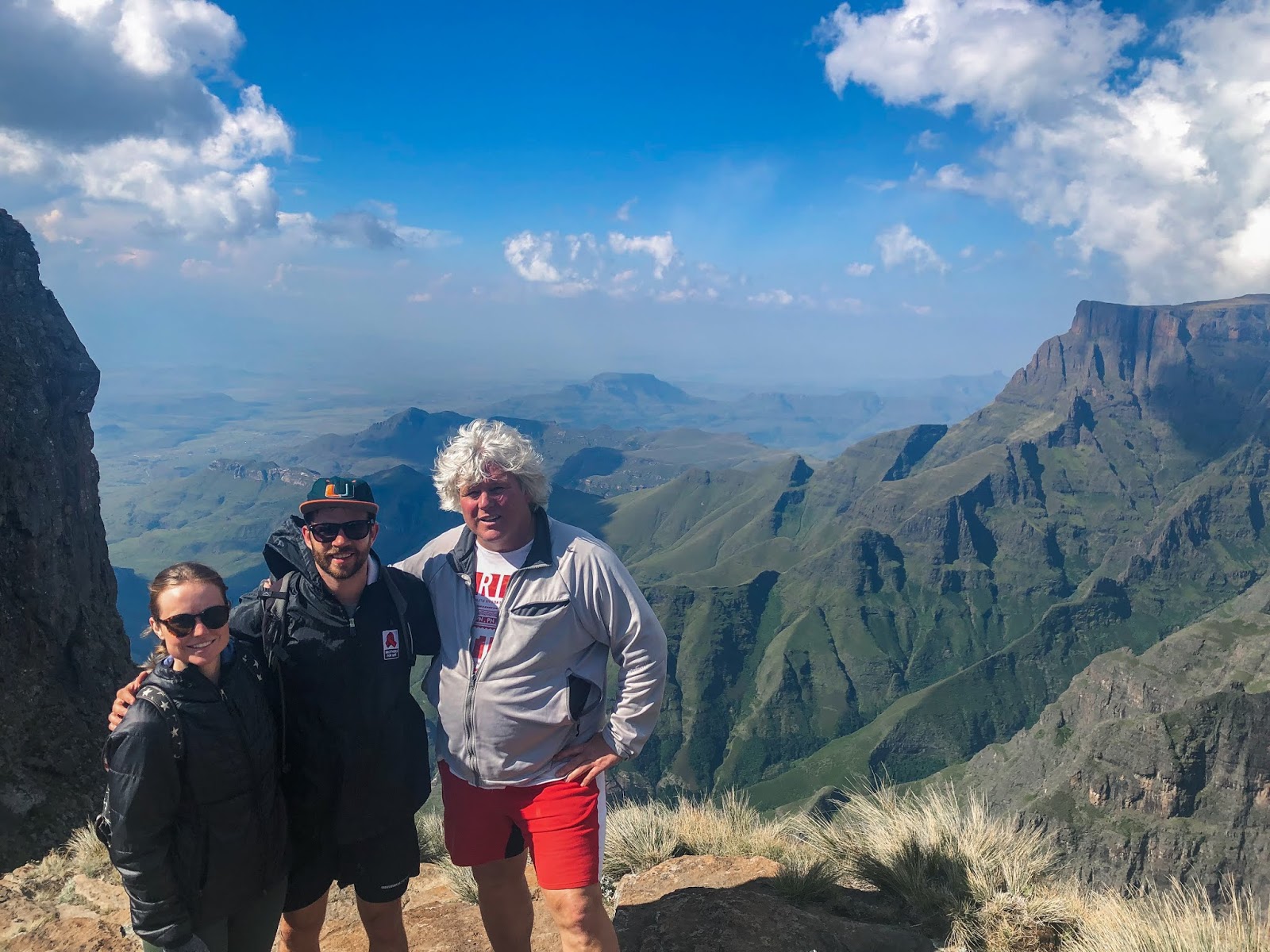 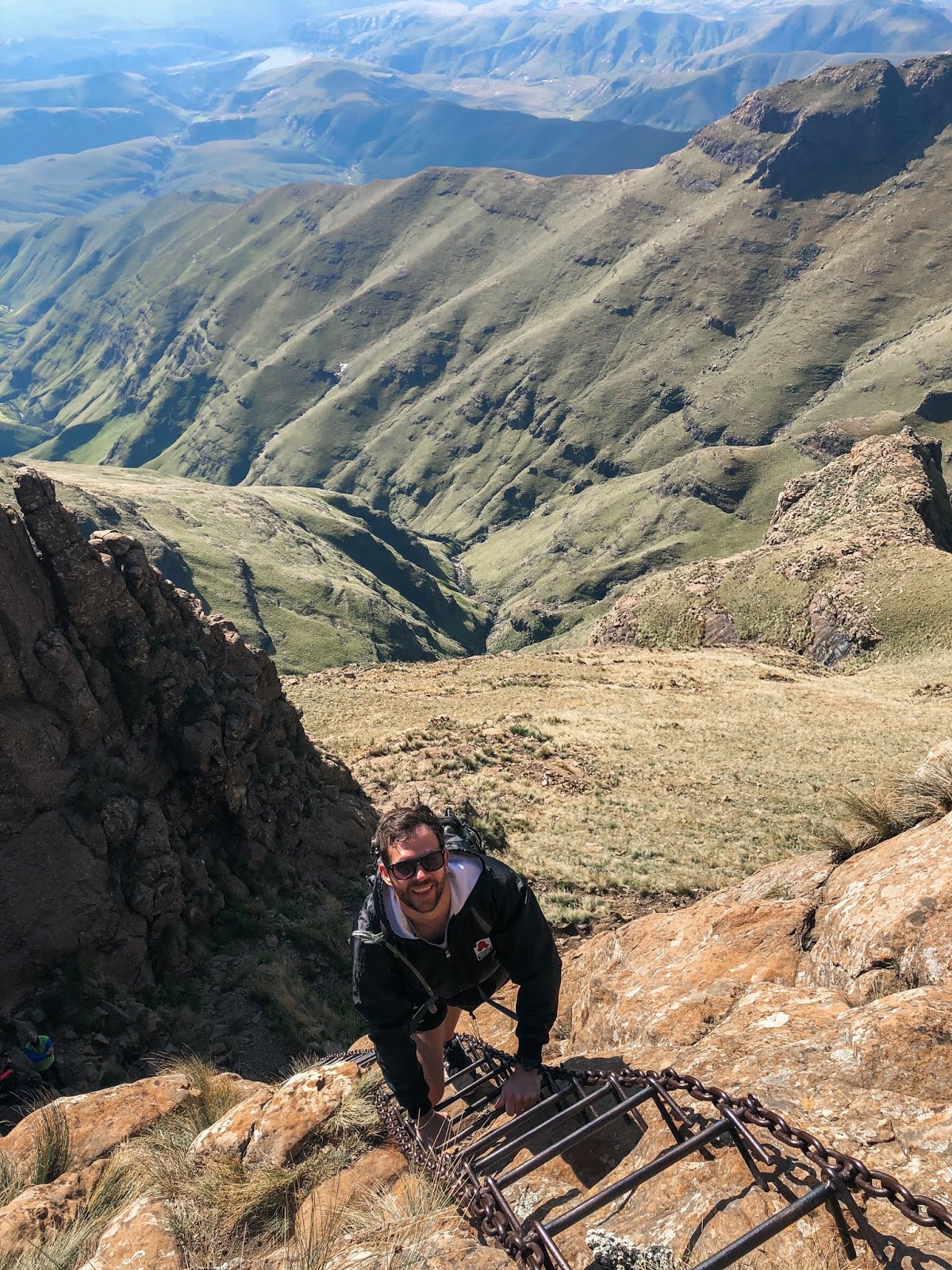 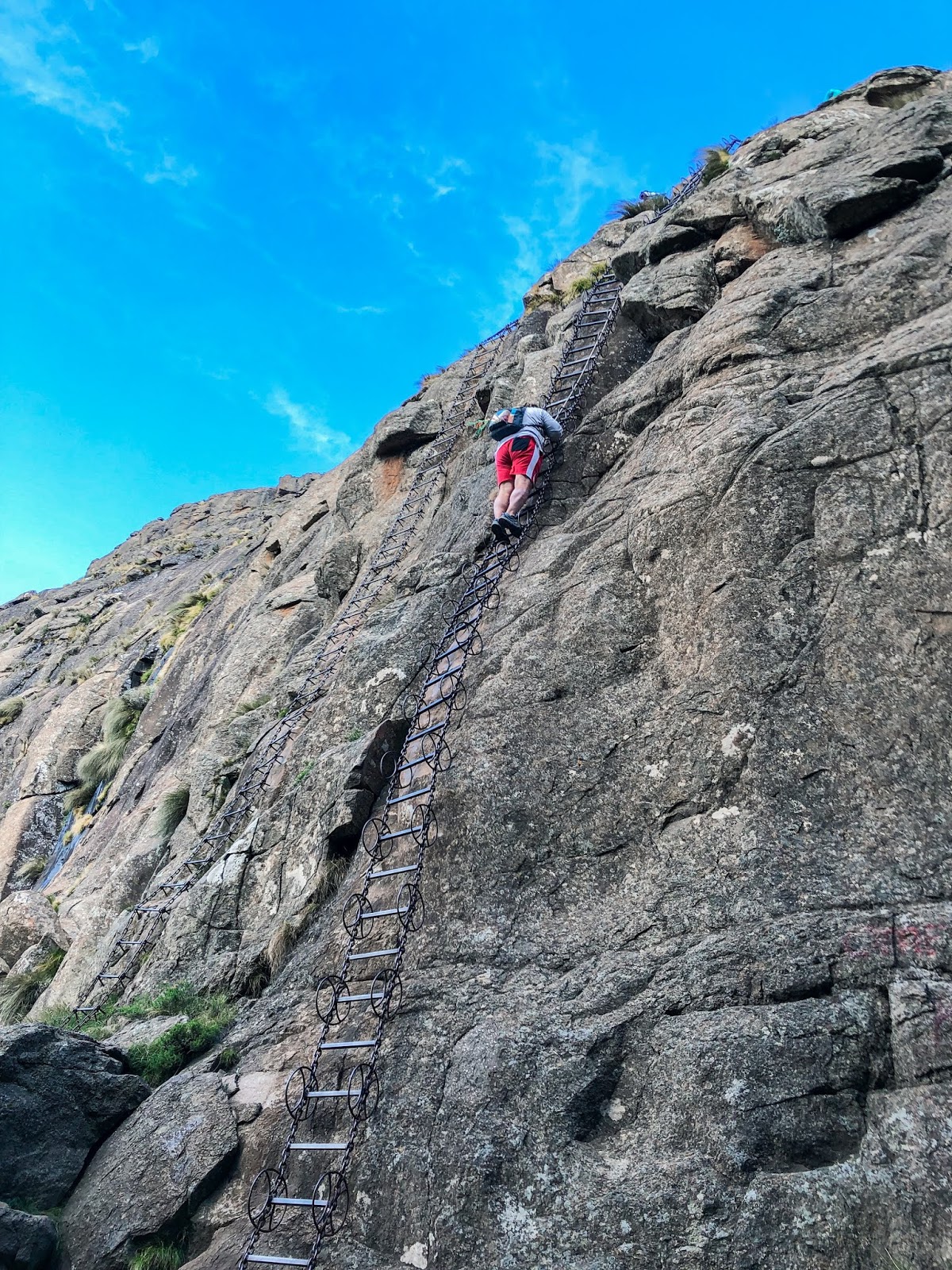 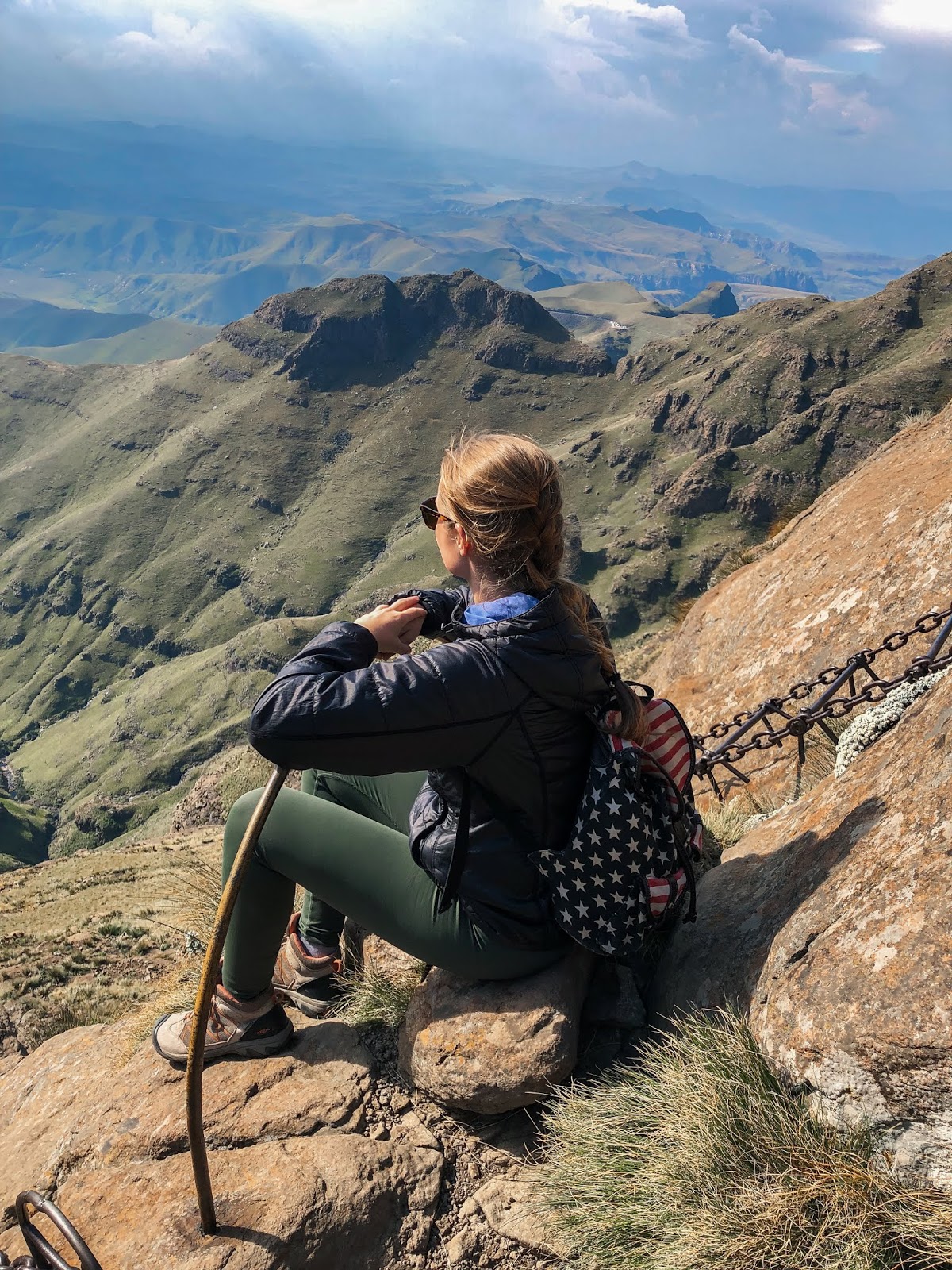 The backpackers also offered a guided hike into Lesotho for R750. This was a combination of a hike and cultural experience as we met with locals and talked to a traditional healer in a town called Mafika Lisiu. I'm not crazy about the touristy "cultural" experiences that many places offer (that's a whole other blog post), but it was only a portion of this hike. After meeting with the traditional healer, we hiked up to a cave and saw San Rock Art, aka cave paintings. They were very faded and our guide said that they will probably be completely gone in a few years. I felt lucky to see them when I did.

We crossed into Lesotho at the Monantsa Pass Border Crossing and let me tell you, it was a riot. And by riot, I actually mean it was the most chill border crossing I've ever been to. I couldn't take pictures, but the crossing was just a shipping container turned into an office. The officer even stamped the wrong dates into a few of our passports!

Fun facts about Lesotho: It is one of only three countries in the world that is completely bordered by one other country, and it's the highest country in the world (because the entire country sits above 1,000 meters). 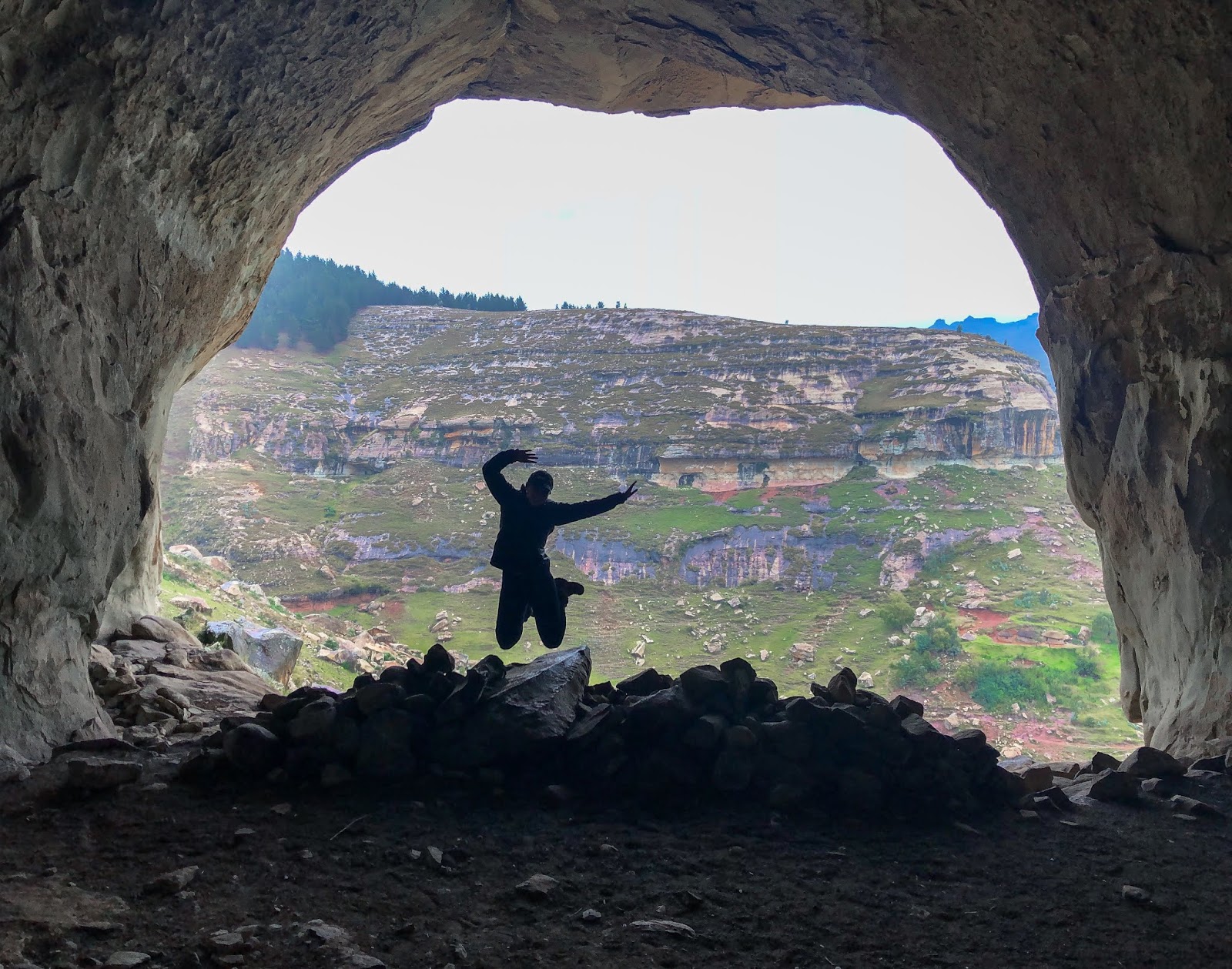 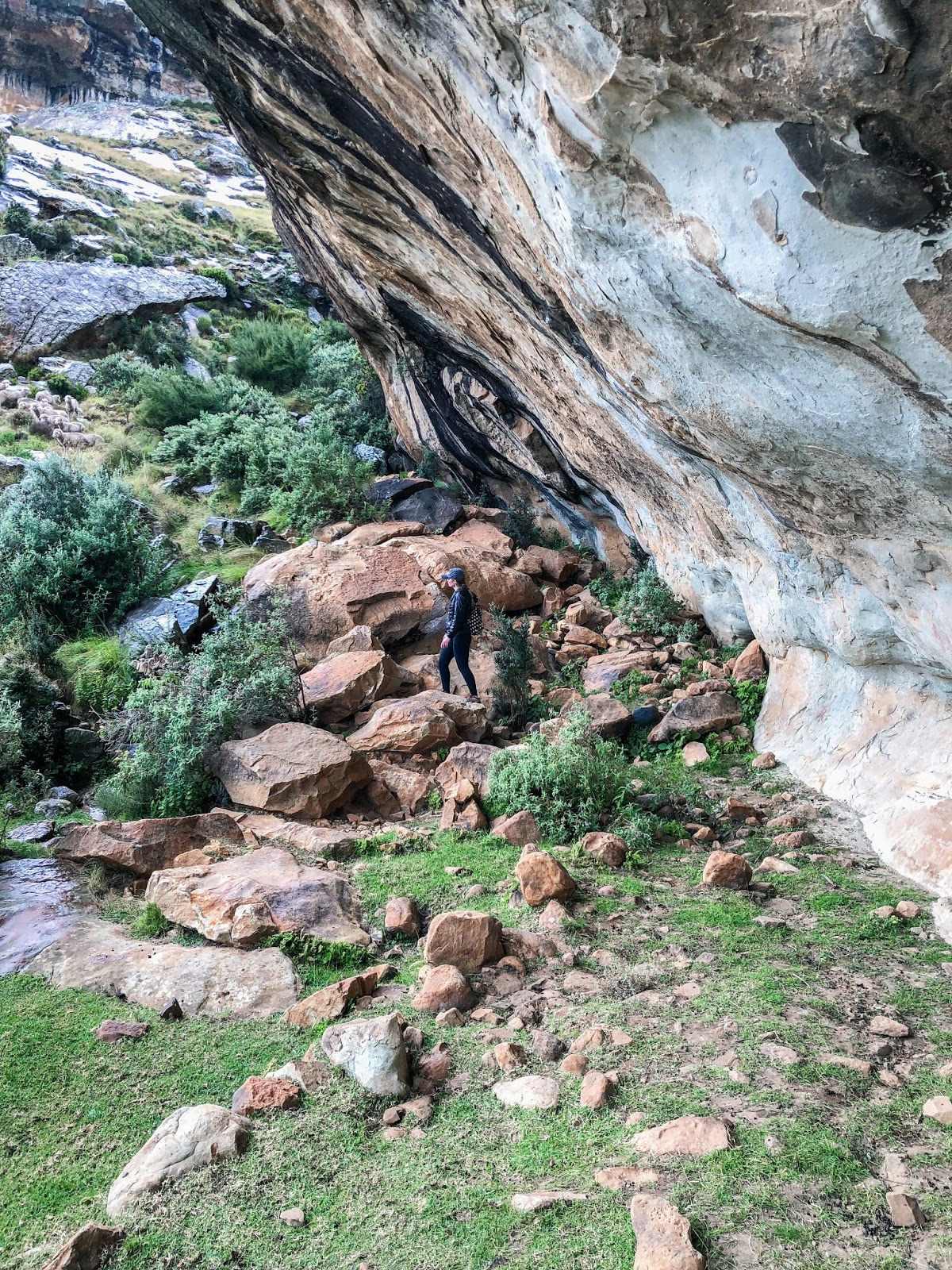 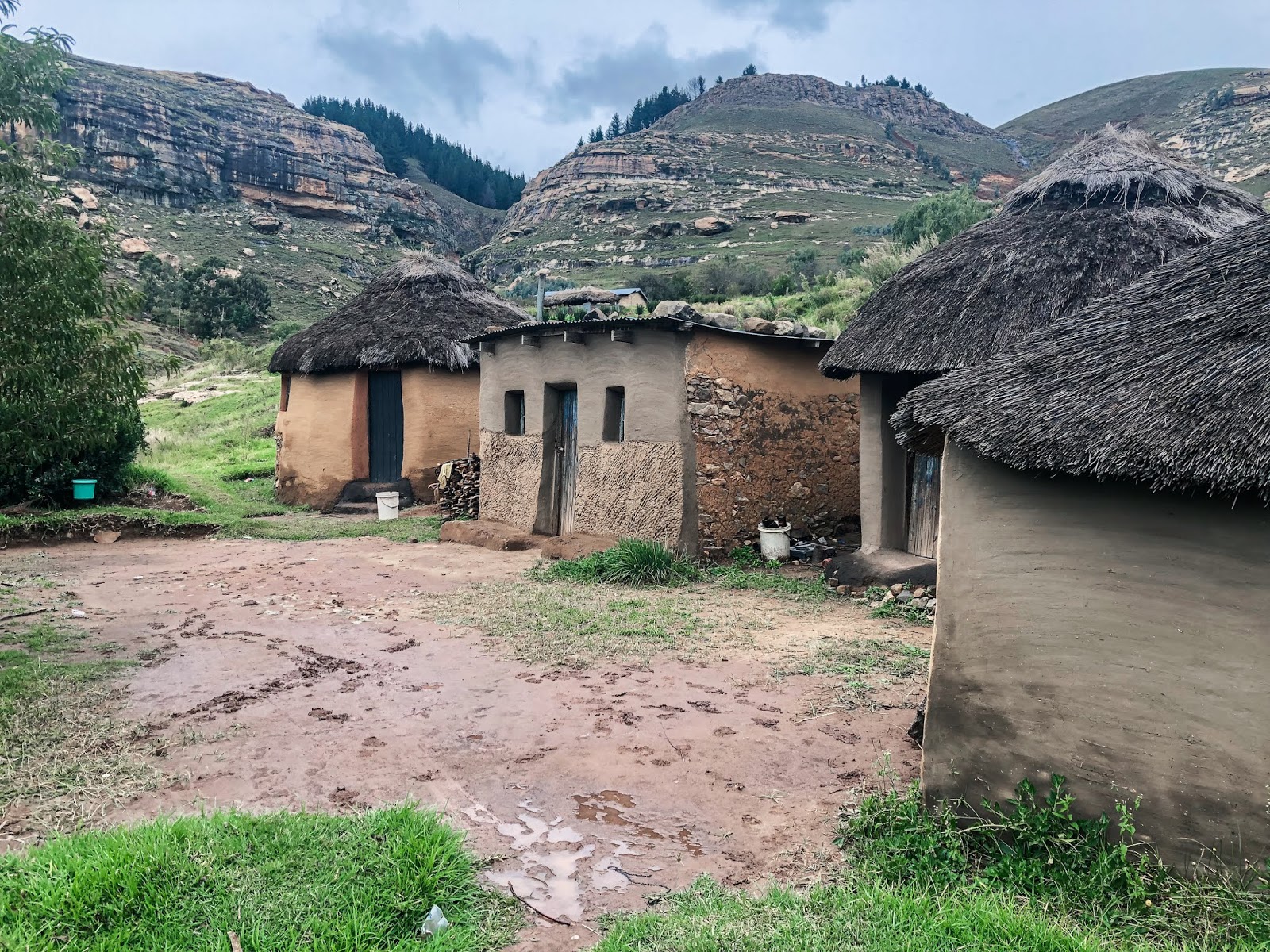 We stayed at the Amphitheatre Backpackers in Bergville. Amphitheatre offers daily, guided hikes in the Drakensberg, as well as a friendly, party atmosphere, tasty food, and nice accommodation. Alex and I opted to test out our tent and camp on the backpacker's grounds. My dad chose to forgo camping and got a bed in one of the dorms. Amphiteathre also offers breakfast and dinner for an extra cost. We braaied ourselves for two nights but ate at the backpackers our last night. The food was good and a local band played while we ate. 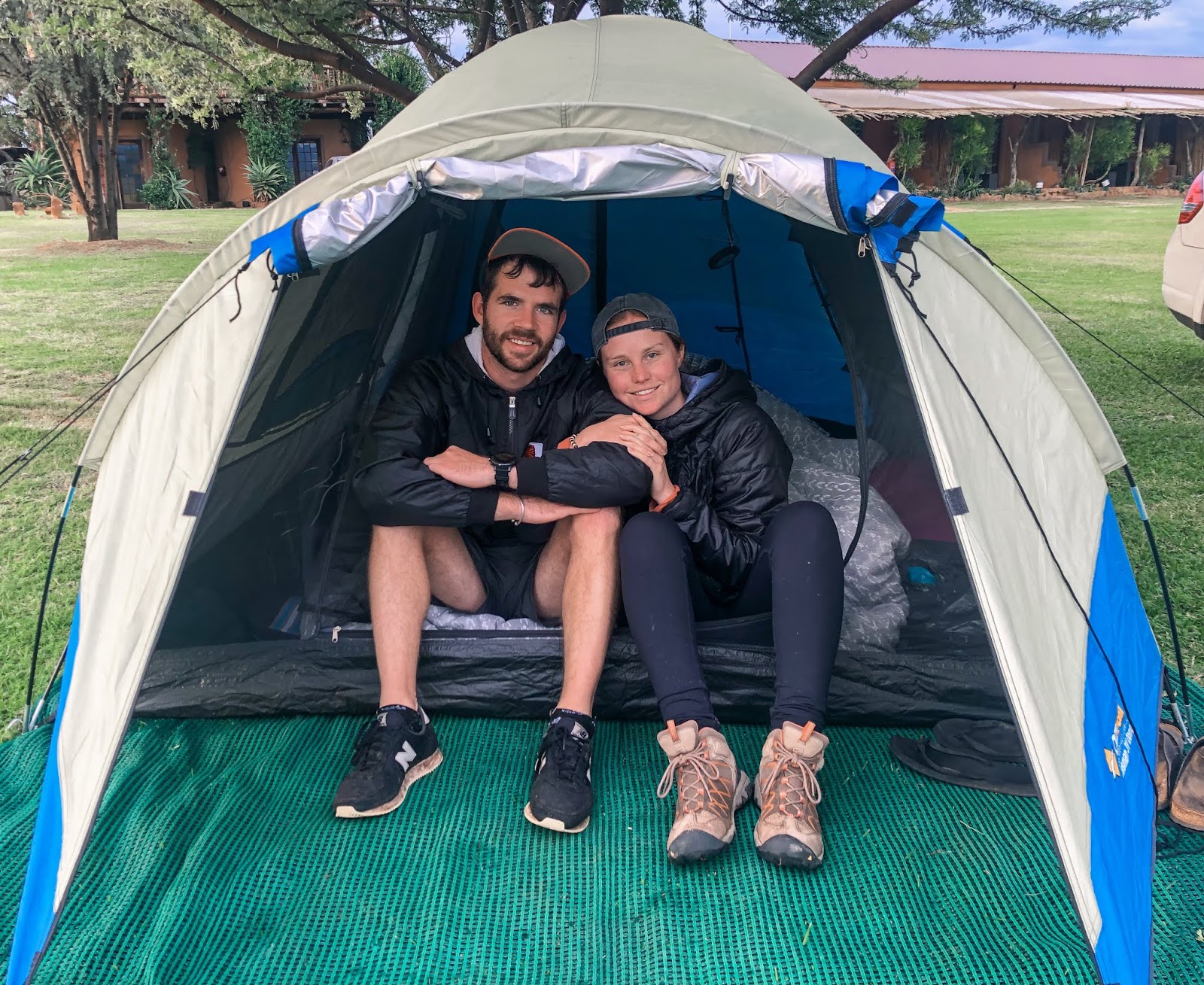 Have you been to the Drakensberg? What hikes do you recommend? Let me know in the comments!