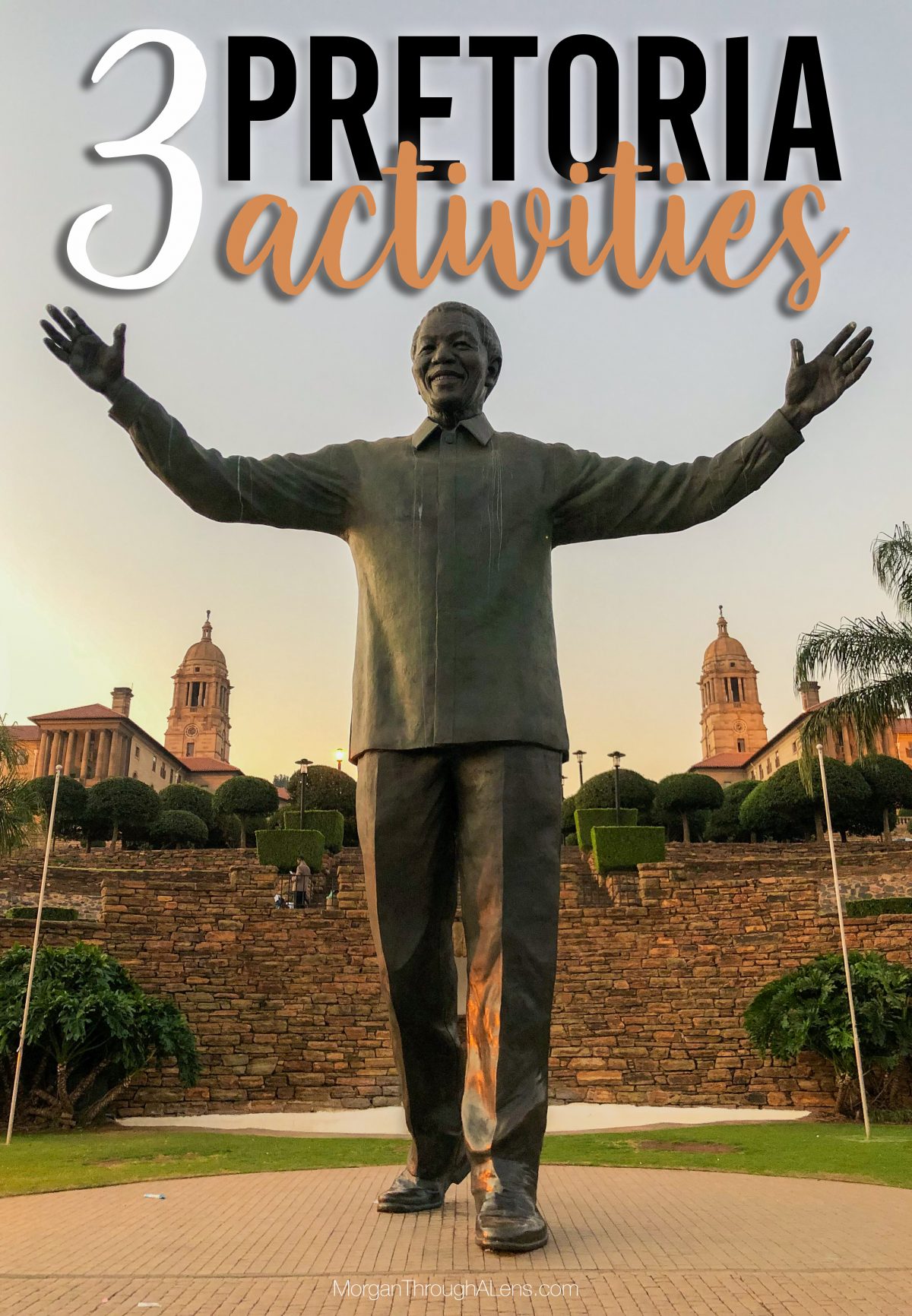 In March, my Dad came to visit for six weeks! It was awesome spending time with him and showing him around South Africa. Playing tour guide (and tourist) in my own city reminds me how lucky I am to live in Pretoria and South Africa. While my dad was here we got to travel a lot, hike in the Drakensberg, visit Lesotho, and go on a game drive in Pilanesberg. However, we also did a ton of activities a bit closer to home. Here are my top 3 Pretoria activities:

Rugby is a quintessential South African past time. Similar to American football and equally confusing. We got our tickets from the official Blue Bulls website for 50 rand each in the mid-top section. P.S. the South African accent makes “Blue Bulls” sound like “Blue Balls” – cracks me up every time (I know, I’m five).

The Voortrekker Monument is a memorial to the Voortrekker people (ancestors of modern-day Afrikaans people) who moved from the Cape Colony to modern-day Pretoria between 1835 and 1854, known as the Great Trek. When I first visited the monument as a new Peace Corps volunteer, I remember our group having some issues with how the information was presented, especially regarding the relationship between the Voortrekkers and the local black tribes they encountered as they moved north. In addition, the monument tells of the Voortrekkers who felt forced to move north due to tensions with the British Empire in the Cape Colony. Yet some descendants of the Voortrekkers then persecuted the black South Africans, forced them off their land, and continued the cycle of oppression through Apartheid. This is a brief retelling of a complicated story so I highly recommend doing your own research and visiting both the Voortrekker Monument and Apartheid Museum to learn more and form your own opinion on the topic. That being said, the Voortrekker Monument is a beautiful building with historical significance to South Africa and Pretoria specifically.

Take in the view at the Union Buildings

The Union Buildings is the seat of the South African government and houses the office of the President. Although I think you can tour the Union Buildings, the highlight for me is the incredible view – the Union Buildings sit atop a hill and overlook the entire city of Pretoria. This is also the home of one of the bronze Nelson Mandela statues. Great for a photo-op!

Have you visited Pretoria? What are your must-do activities? Let me know in the comments!