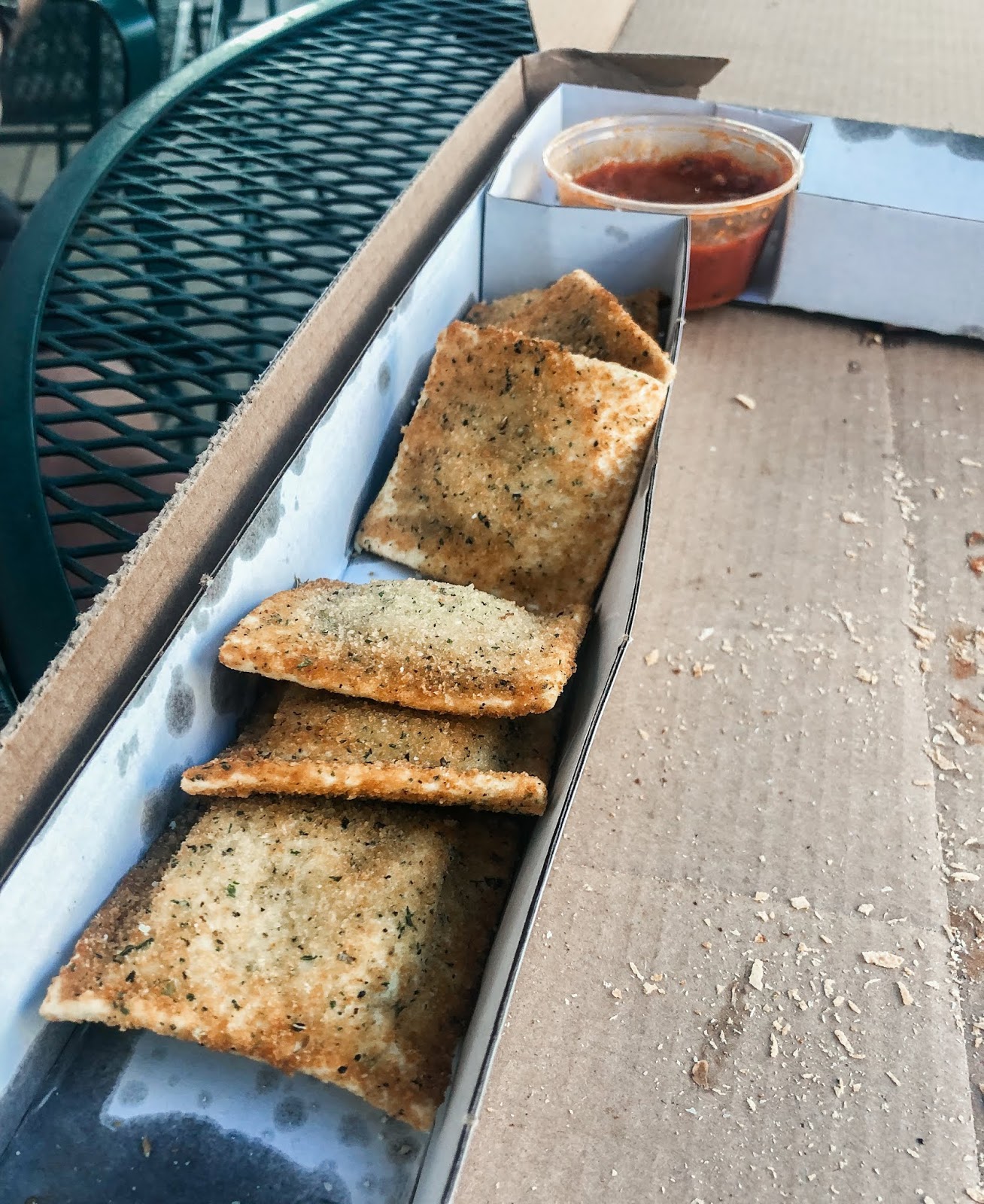 Toasted ravioli is a deep-friend ravioli and it was created in St. Louis. You can find them in restaurants all over St. Louis but if you leave without trying one, you're missing out.

Gooey butter cake is a St. Louis creation and it's kind of hard to describe. It's a love it or hate it type food, but I think it's delicious. It's very rich, thin, and buttery. You can get it at a lot of St. Louis restaurants or at the grocery store. 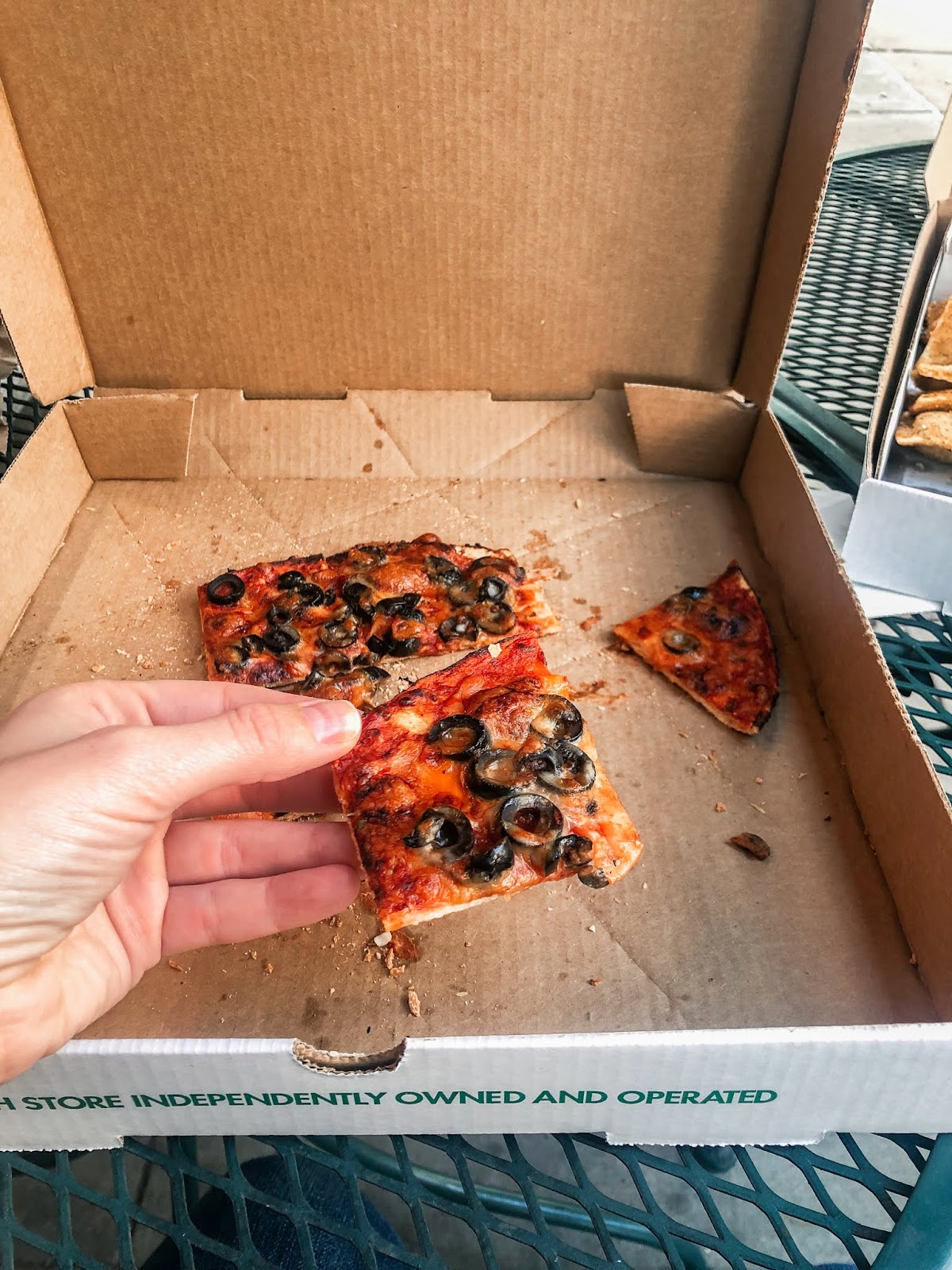 I'm normally a thick-crust pizza type of girl, but there is something about Imo's thin crust pizza that I love. Imo's also uses provel cheese, which is a St. Louis creation and makes them stand apart. Depending on who you ask, Imo's also has the best toasted ravs in St. Louis.

Pasta House lives up to its name with great pasta, but I argue that they are even more famous for their house salad. Seriously, I don't know how they do it, but it is so good. They also offer refills on their salads, which befuddled Alex (is that word?).


St. Louis Bread Co. (aka Bread Co.) is a real St. Louis obsession. However, if you're not from St. Louis, you may walk into a Bread Co. and think it's Panera. Well, it is, but better. St. Louis Bread Co. started in St. Louis but when they expanded out of St. Louis, they changed their name to Panera. Luckily, they kept it as St. Louis Bread Co. in the St. Louis restaurants. Now Panera is a huge chain with over two-thousand locations, but everyone knows it tastes better in St. Louis. Also, bread-sliced bagels are the best bagels (St. Louis gets the credit for starting that trend). My fave here is the cinnamon crunch bagel bread sliced with plain cream cheese (pictured above). 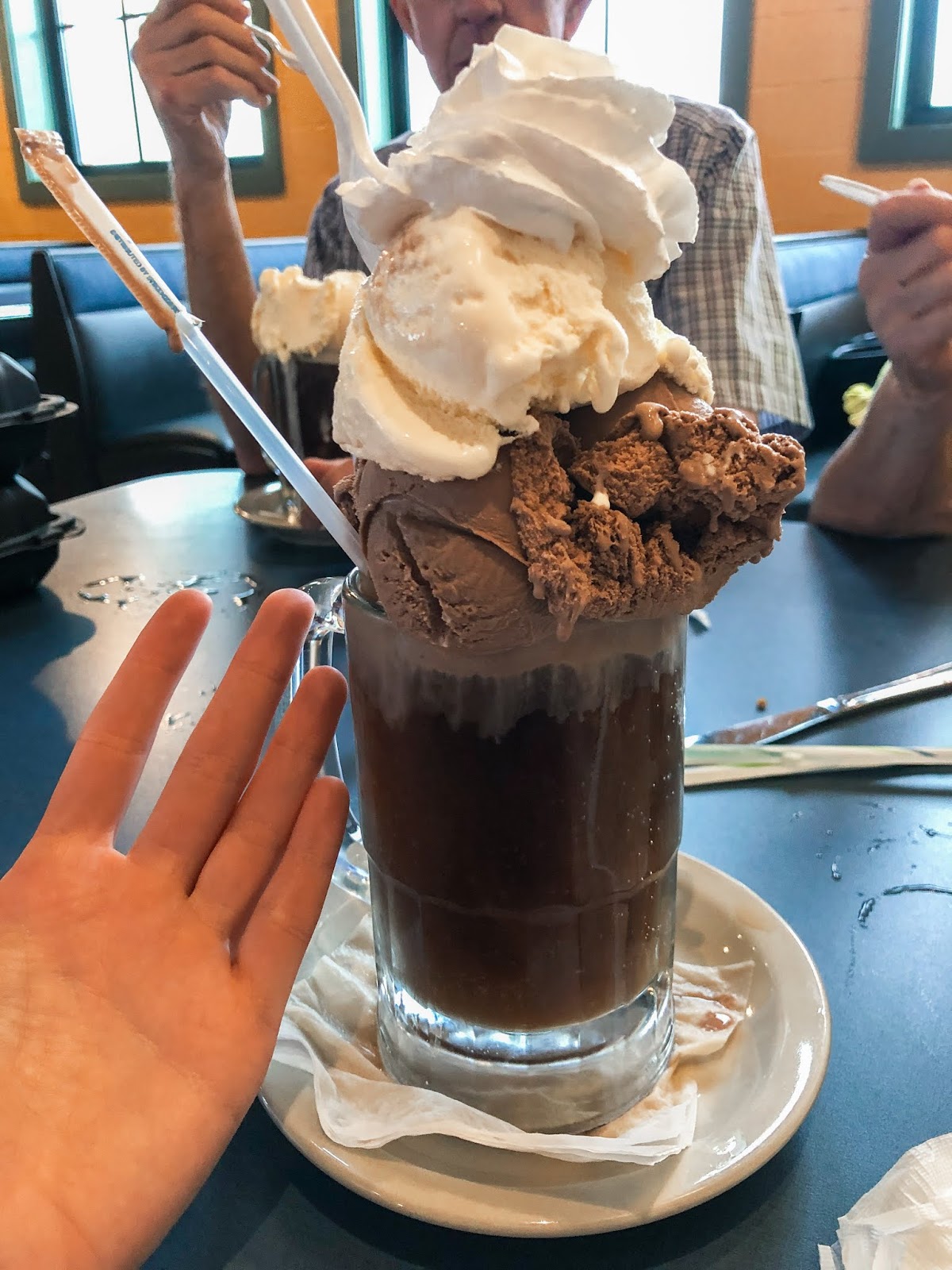 Fitz's is a restaurant and bottling company famous for its root beer and root beer floats. They also serve other flavors of soda made in-house. When you eat at the restaurant you can watch the soda being produced and bottled in the back.

Who doesn't love a hot, soft pretzel? South Africans, that's who! And it angers me to no end. Do you know how hard it is to get a giant soft pretzel in SA? Too hard. Luckily, St. Louis has me covered. Seriously, if the only pretzel you've ever had is the small crunchy ones in the packet, you are missing out.

The Hill isn't a restaurant but rather a neighborhood in St. Louis famous for its Italian restaurants. Some of The Hill's hotspots include Amighetti's, Mama's on the Hill, and Charlie Gitto's.

Ted Drewes is a famous frozen custard shop (basically ice cream) on historic Route 66 named after the founder, Ted Drewes. It is so famous that in 2017 it was awarded the best ice cream shop in the world by SoolNua. Ted Drewes is known for the "concrete", which is like a shake, but much thicker. In fact, when they serve it to you, they tip it upside down to prove it's thickness. My favorite is the strawberry shortcake sundae or a sundae with bananas, hot fudge, and whipped cream (I think it's called the monkey-something). I grew up going to Ted Drewes after Card's game and have so many fond memories. I think it's the one thing about St. Louis my mom misses since moving to Florida. 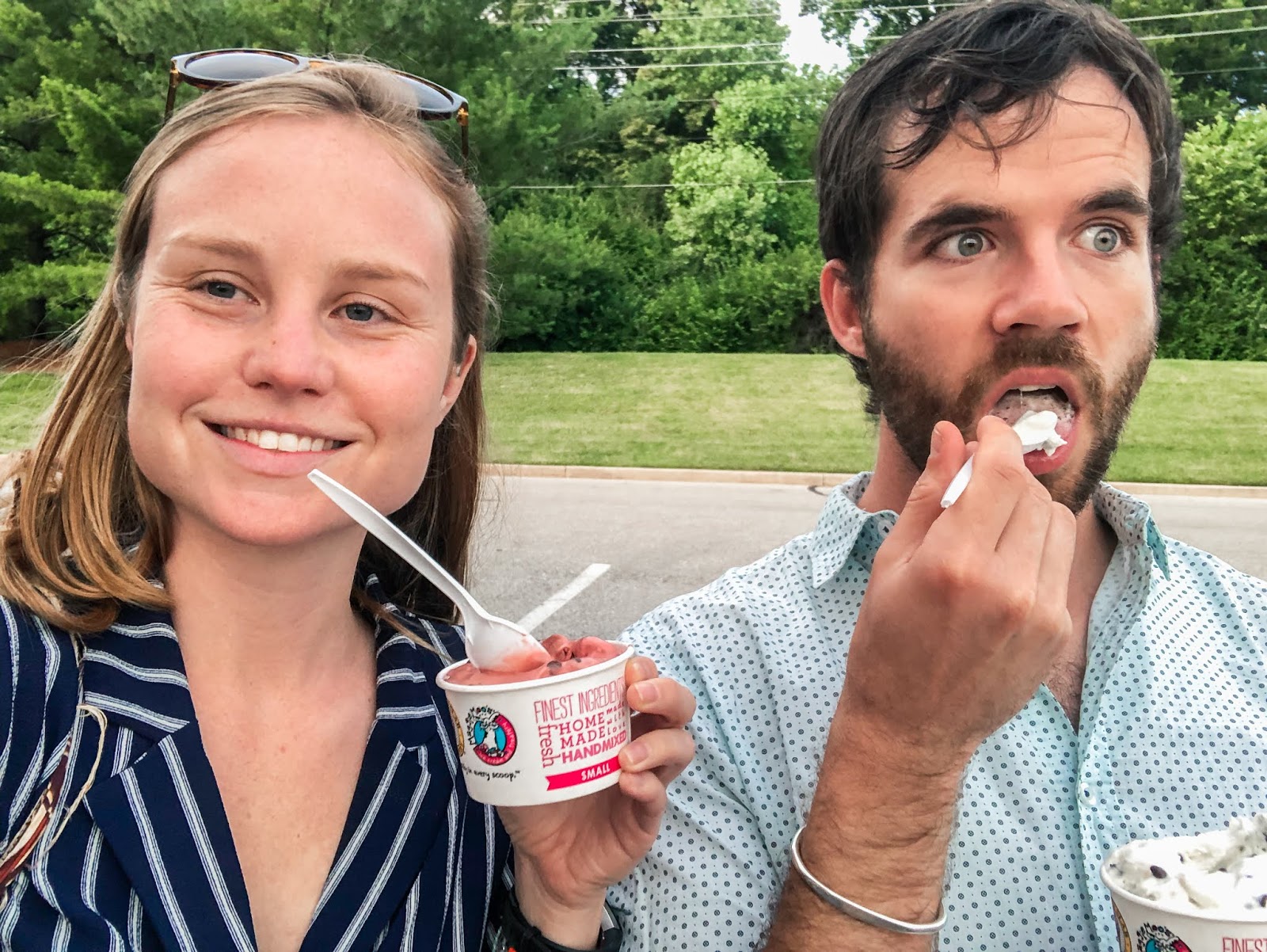 Mission Taco is a newer St. Louis restaurant but it has quickly become one of my faves. If you like Mexican food and margaritas, this is your jam. They also have good late-night specials.

The creperie is close to my house and my friends and I would often go there before school and for birthday breakfasts. They make great crepes, but can be crazy busy on weekends so plan to wait.

There are too many delicious, St. Louis restaurants to name them all. Here are some that I don't frequent, but I know are popular STL spots: Crazy Bowls and Wraps, Schlafly's Brewery, Sauce on the Side, Bailey's Range, and Half and Half.

Okay, I don't want to overwhelm you with too many St. Louis food options (cause there are so many) but hopefully, this gives you some options when you visit St. Louis. If you eat at one of my faves, let me know what you think!
travel