This summer Alex and I took a 5-week trip across the United States. Our first stop? St. Louis, Missouri, my hometown, and (in my humble opinion) the best city in the world! I loved playing tour guide and showing Alex around all my favorite spots, but also some of the more well-known St. Louis tourist destinations. Here are some of our favorite places we checked out in St. Louis!

The Arch is the Gateway to the West and the iconic symbol of St. Louis. Remember when the US bought the Louisiana Purchase from the French and sent Lewis and Clark out to explore our new land? Well, they started their journey in St. Louis. The Arch was built as a memorial to their exploration. For a small fee, you can ride a tiny, egg-shaped elevator up to the top of the Arch and get great views of St. Louis to the west and Illinois to the east. The elevators are not for the faint of heart (aka, if your claustrophobic and/or scared of heights, this may be a struggle for you, but worth it in my opinion). 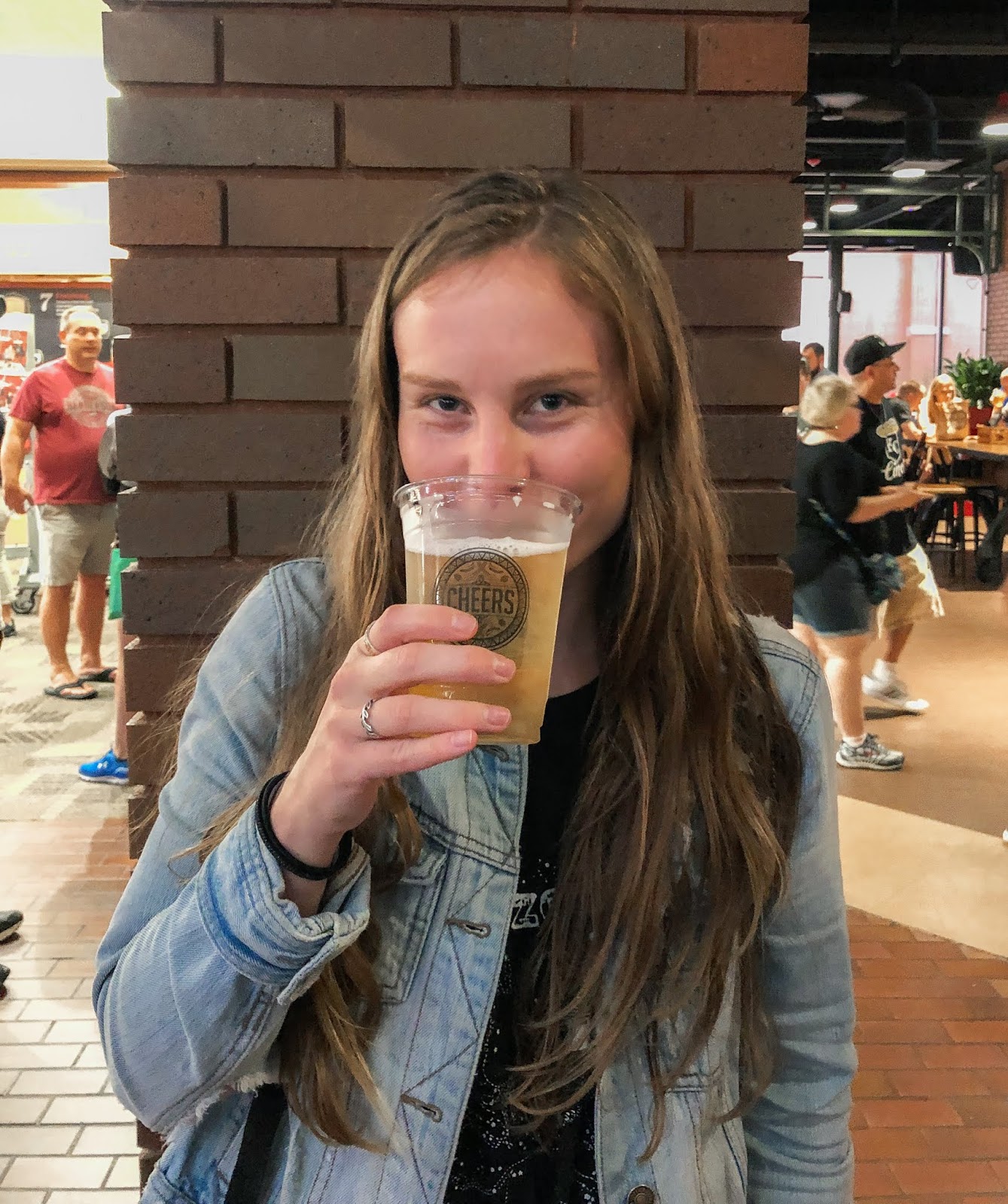 Anheuser-Busch is another St. Louis staple. The brewing company (responsible for Budweiser, Bud Light, Michelob, Natty Light, Shock Top, LandShark, etc.) was started in St. Louis in 1852 and has been headquartered there ever since. For 10 dollars, you can tour the brewery, see the famous Anheuser-Busch Clydesdales, and, of course, sample plenty of beer.

Fun fact, the St. Louis Blues recently won their first-ever Stanley Cup so Anheuser honored them by creating a beer that was brewed to the tune of Gloria by Laura Branigan (the anthem of the Blue's playoff run). 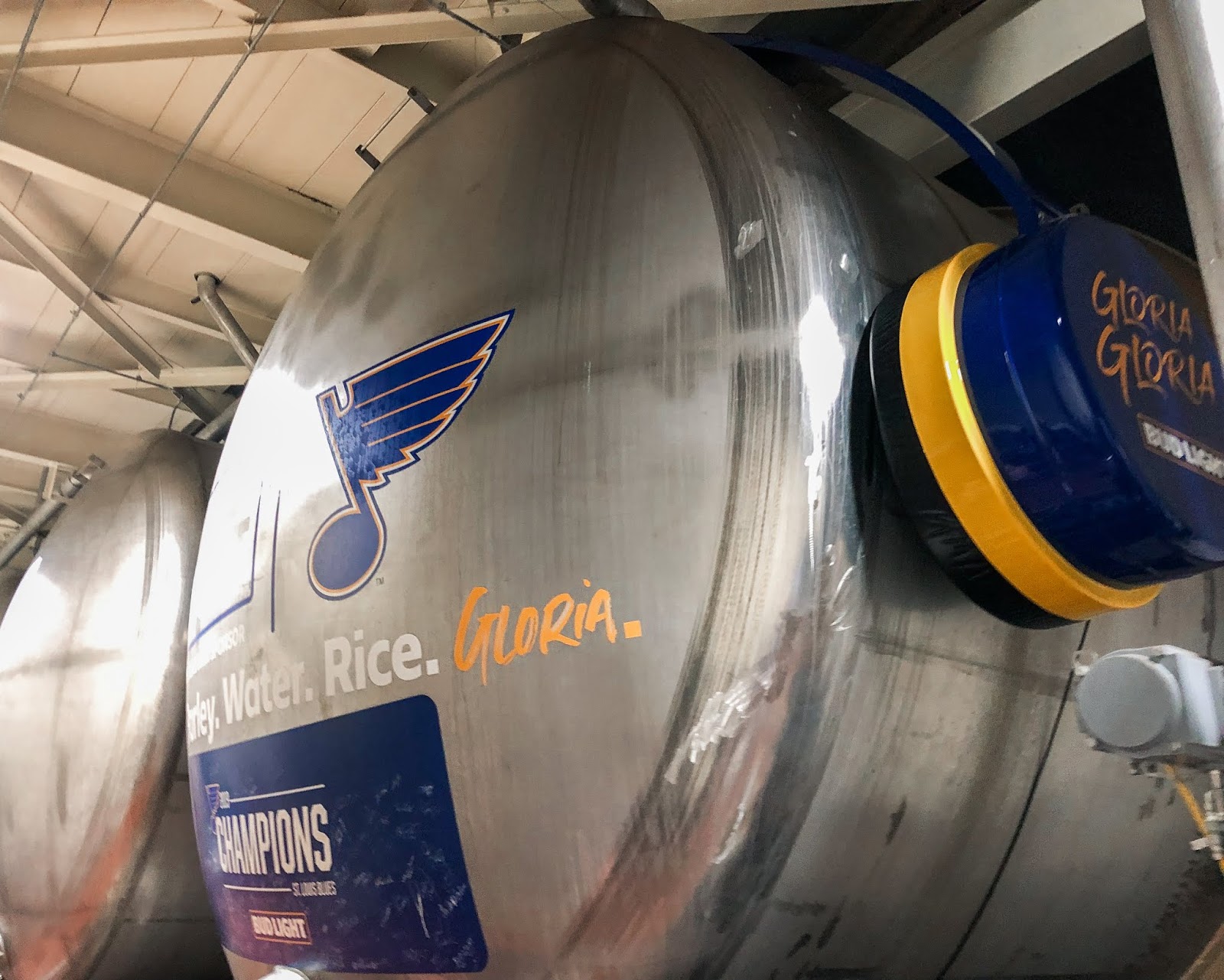 How does one explain the city-museum? I like to say that it's a giant indoor/outdoor playground made out of recycled material. Their website describes it as, "a hundred-year-old warehouse in downtown St. Louis in which artists have repurposed the pieces of old cities to build miles of tunnels, slides, climbers, bridges, and castles. There are secret passages and grand galleries. Playgrounds and ball pits. A circus and a train. A rooftop school bus and a Ferris wheel." You may think that a playground isn't really your thing, but it's not a regular playground, it's a cool playground. As a 27-year-old, I can attest that it is fun for all ages.

You can't go to St. Louis without attending a Cardinal's game. St. Louis is a baseball town and has been consistently ranked as one of the best cities for baseball, and one of the best fan bases in the whole MLB. The Cards have also won the most World Series titles in the National League and the second-most in the MLB. Go Cards!

Forest Park is one of the largest city parks in the United States (larger than Central Park - ha!) and it's a great place to walk around, have a picnic, go paddle-boating, golf, or go sledding in the winter (or in my case - break a leg sledding in the winter). Forest Park is also home to the Art Museum, History Museum, Science Center, Zoo, and Muny (outdoor theater) - all of which are completely FREE to the public! 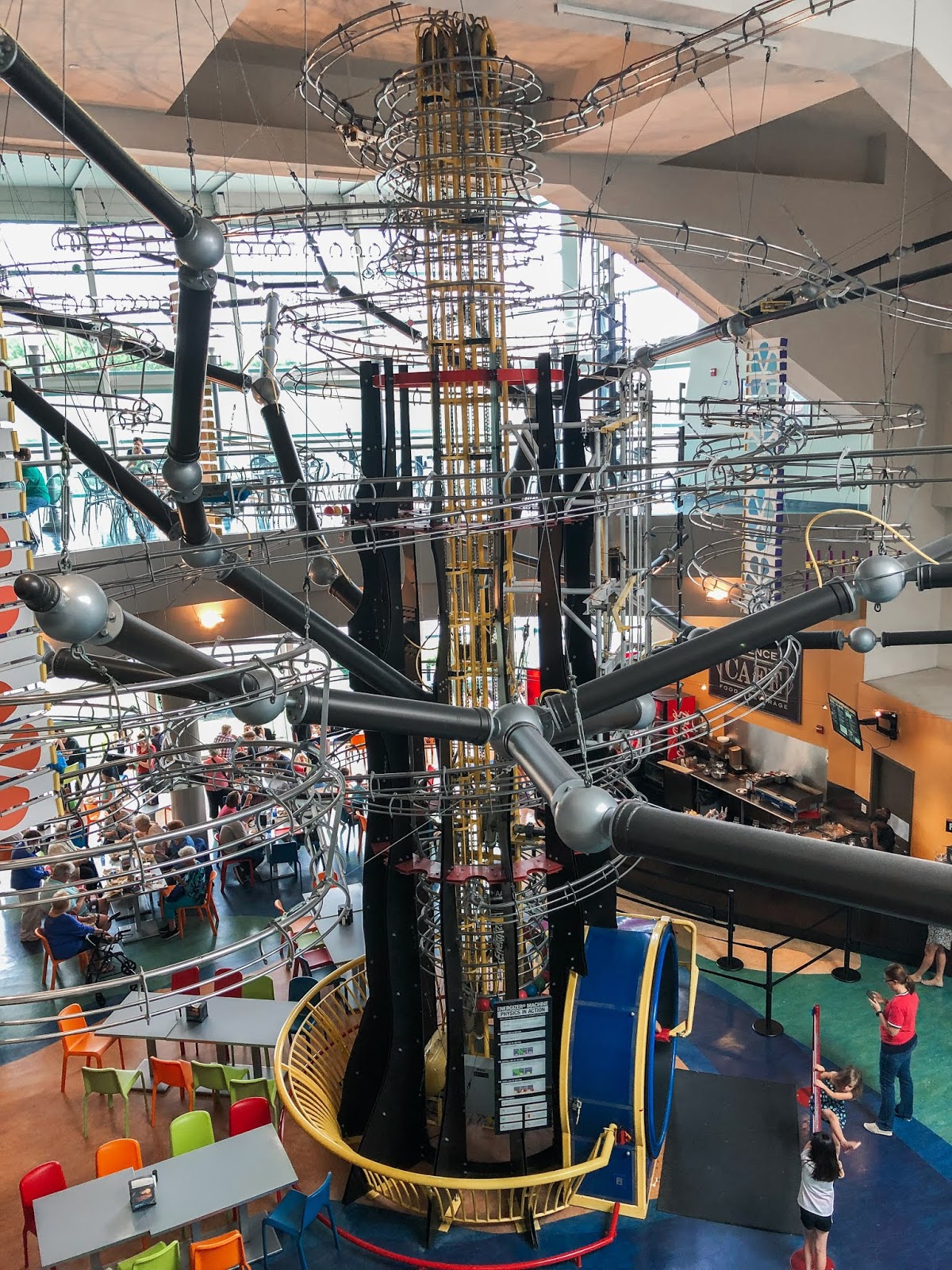 As I said before, the Science Center is in Forest Park and despite you may think, it's actually pretty fun for adults as well as children. The exhibits change every so often, but some things stay the same, like the weather section, the dinosaurs, and the astronomy area. We also got to play 3D ping-pong and giant Connect 4. 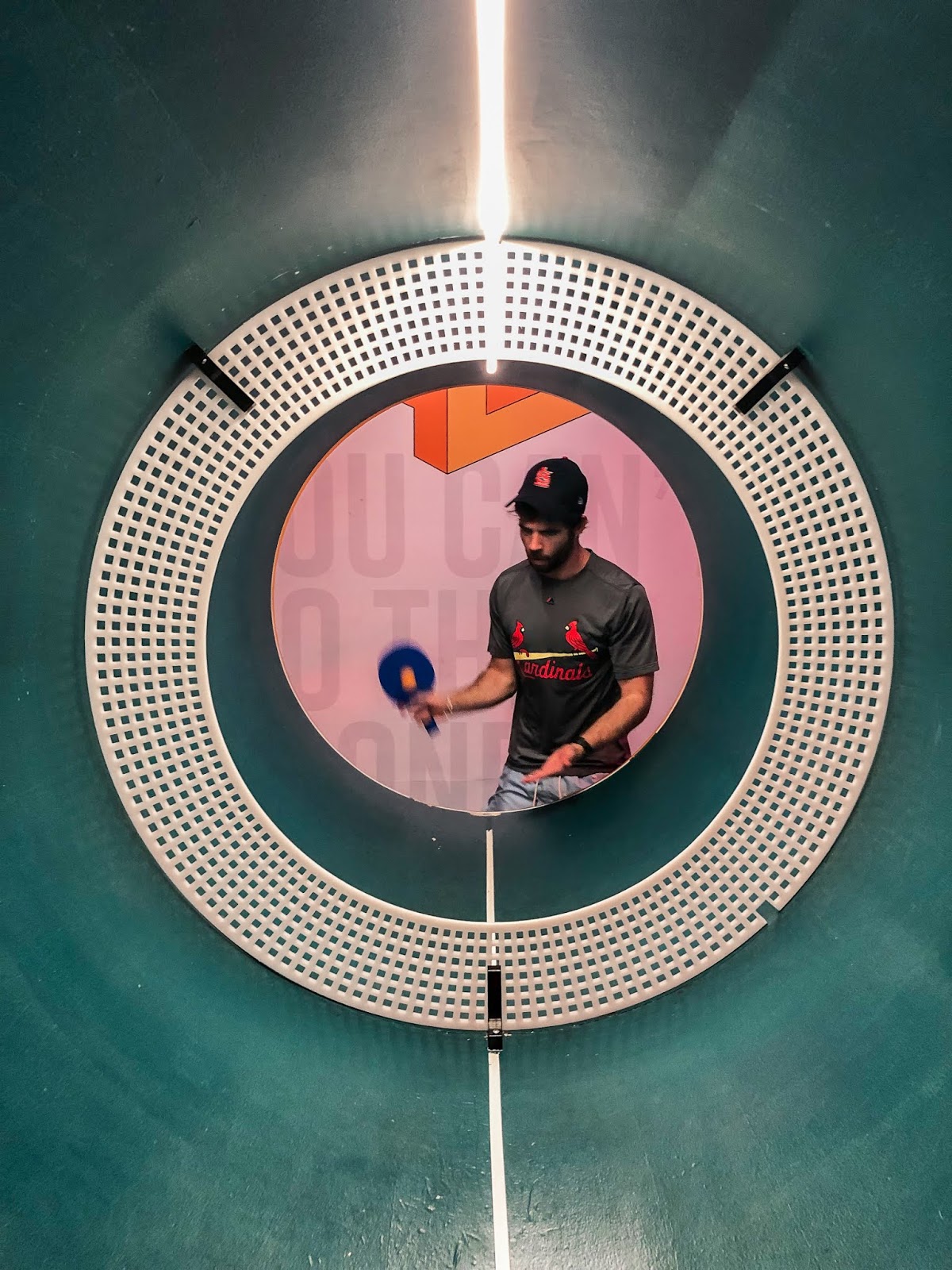 The St. Louis Zoo is also located in Forest Park and it's always ranked as one of the top zoos in the country. What's more impressive is that despite it's high-quality, it's still completely free (thanks, taxpayers)! However, there are a few "extras" that you can take part in for a small fee, like the children's zoo and sting-ray feeding. Compared to other zoo's Alex has been to in Africa, he was quite impressed.


8. Shakespeare in the Park 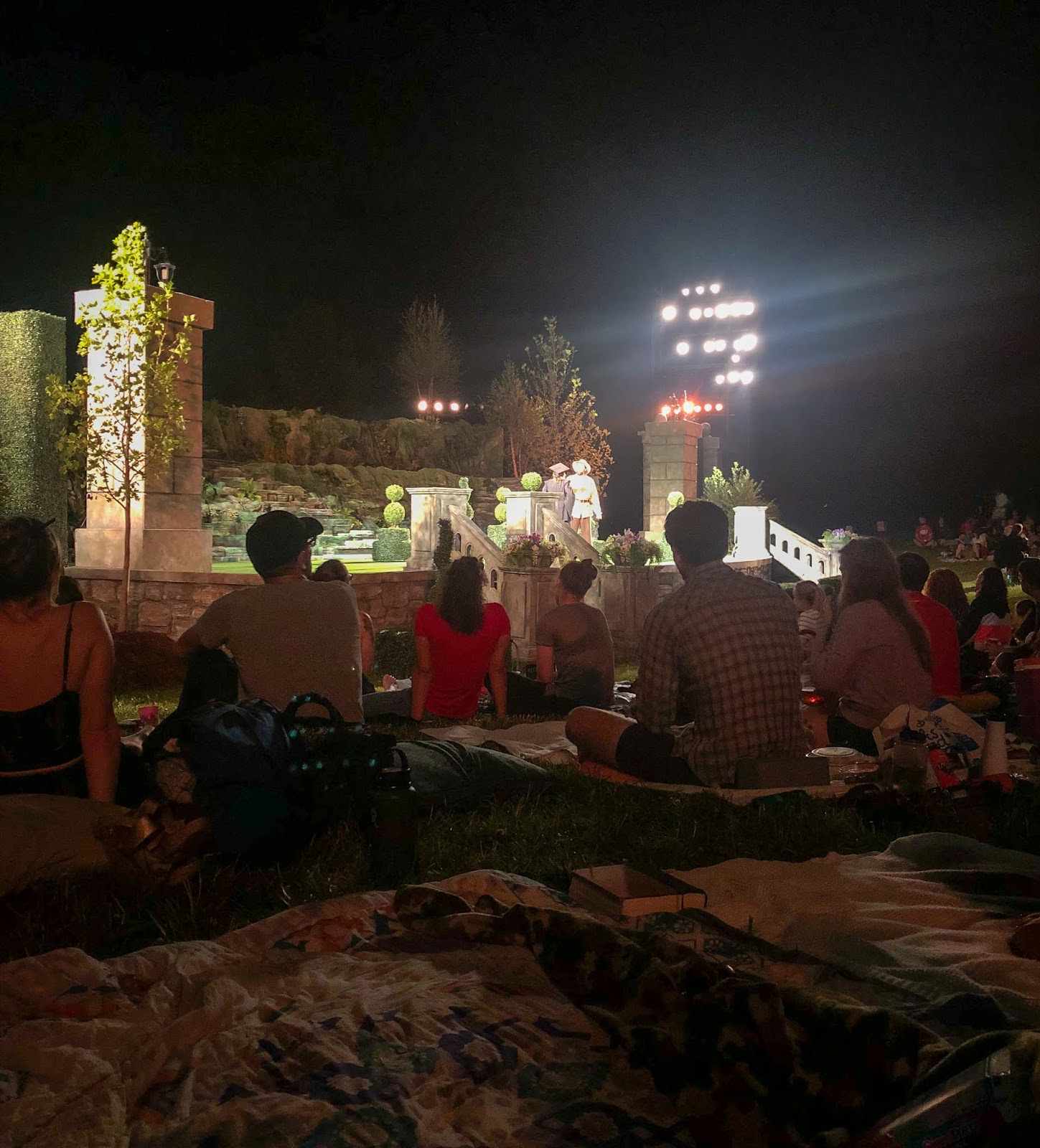 Shakespeare in the Park is an annual theater performance of various Shakespeare plays held in, you guessed it, Forest Park. Shakespeare in the Park isn't unique to St. Louis, they are held all over the States (and maybe the world?) every summer, but obviously, I'm biased to the St. Louis one. This year's play was Love's Labors Lost. I have to be honest, Alex and I went to Shakespeare on our first full day in the States and jet-lag was hitting us hard, so we fell asleep :/ but I can promise you, in other years when I was more well-rested, I really enjoyed the show! Oh, and of course, it's free. 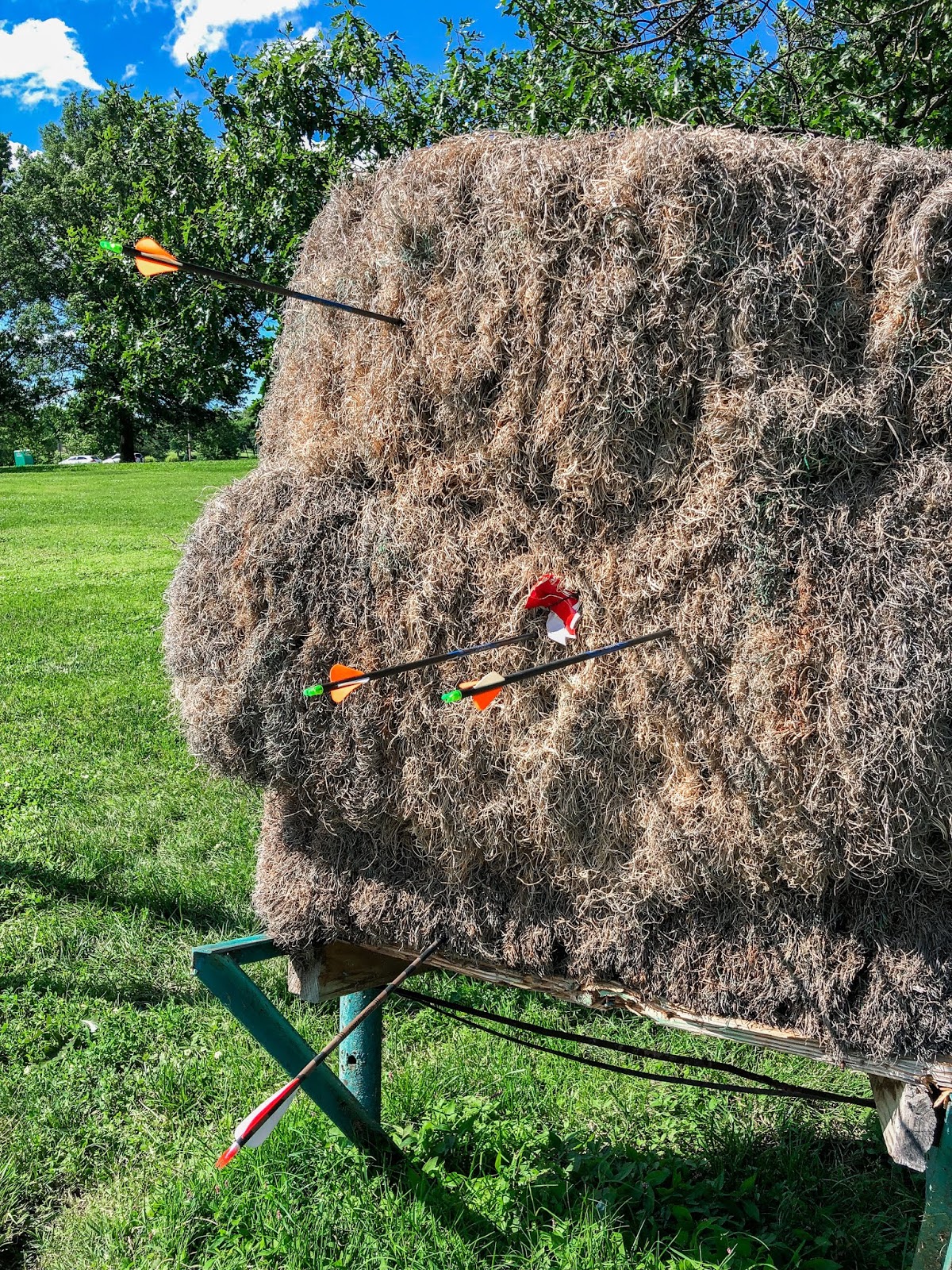 Right next to the Science Center is an archery range. My family is really into archery so we like to bring our bows and arrows here to practice shooting. Alex was shocked that there aren't more regulations or even a fence around the range. My arrow is the one by the bull's eye ;) 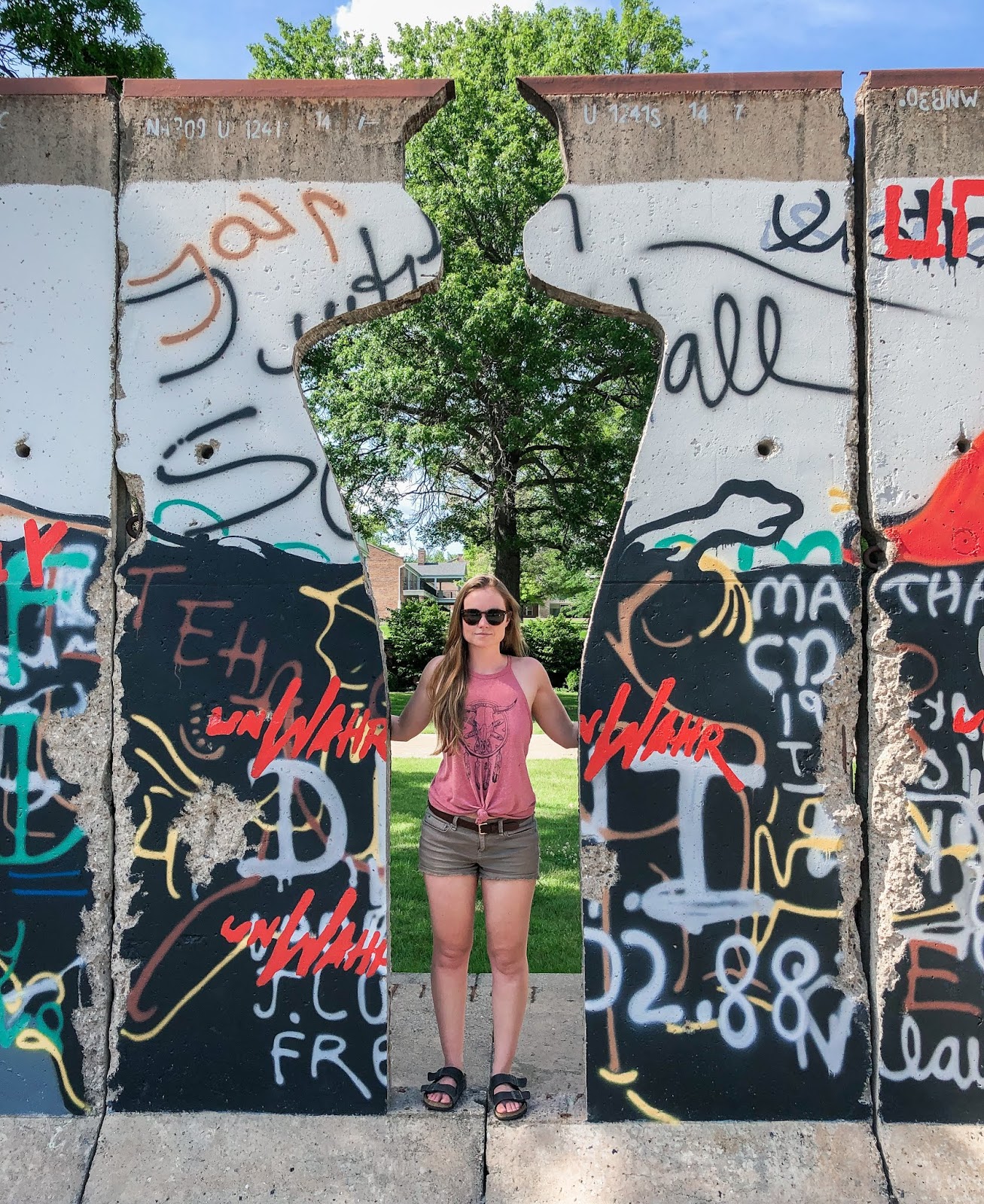 I decided to include one activity that is slightly outside St. Louis. Jefferson City, the capital of Missouri, and Fulton are two cities about 2 hours from STL. My aunt and uncle have a farm near Fulton and Jeff City so we took a day trip there. Anyone can tour the capital building and they have a small Missouri-themed museum on the bottom floor. Fun fact: Winston Churchill gave his "iron curtain" speech in Fulton in 1946 and therefore, part of the Berlin Wall resides there, as well as a Winston Churchill museum. 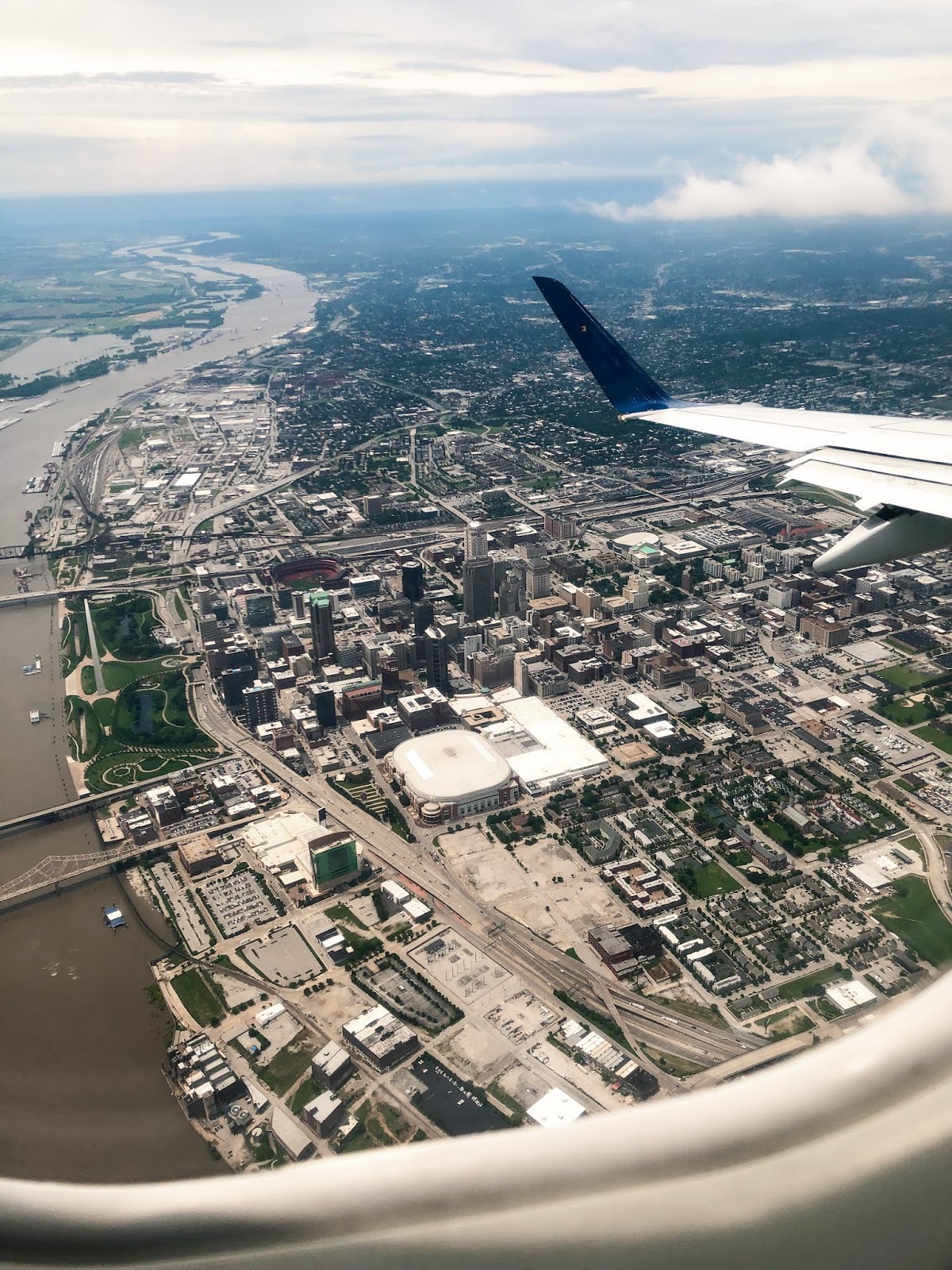 Alex and I visited STL in June/July and although I LOVE summer in St. Louis, it was brutally hot. I have to tell you, after living in South Africa for 4.5 years, I would take Africa's dry heat over St. Louis's humidity any day (and Alex, the born-and-raised African agrees). The one benefit of St. Louis heat is that every store/museum/restaurant etc. blasts the AC.

Another thing to consider is that Alex and I went to the States during the school's summer break so every activity we did was full of summer camps or families trying to entertain their kiddos during the long, hot days.

St. Louis is also great in the fall and spring (unlike South Africa, STL is one of the cities with four real seasons) but winter can be gross.

Why am I so obsessed with St. Louis?

St. Louis really is one of my favorite cities in the world (and yes, I'm biased because I grew up there) but I've traveled a lot and seen a lot, and St. Louis still has my heart. It has big-city amenities with a small-town feel and there are so many free activities. St. Louis is also clean and relatively safe (yes, the rankings say otherwise, but I'm going with my gut here). Alex also said St. Louis was one of his favorite cities that we visited (and we went to nine).

I hope this post encourages you guys to check out St. Louis, a truly underrated U.S. city.
travel