While visiting my family in Naples, Alex and I took a quick trip to Miami, which is about a 2-hour car ride away. I went to university in Miami and spent over 4 years there, so the city has a special place in my heart. Unfortunately, we only had a short time there, but here's what we did with 24-hours in Miami!


Tour the University of Miami 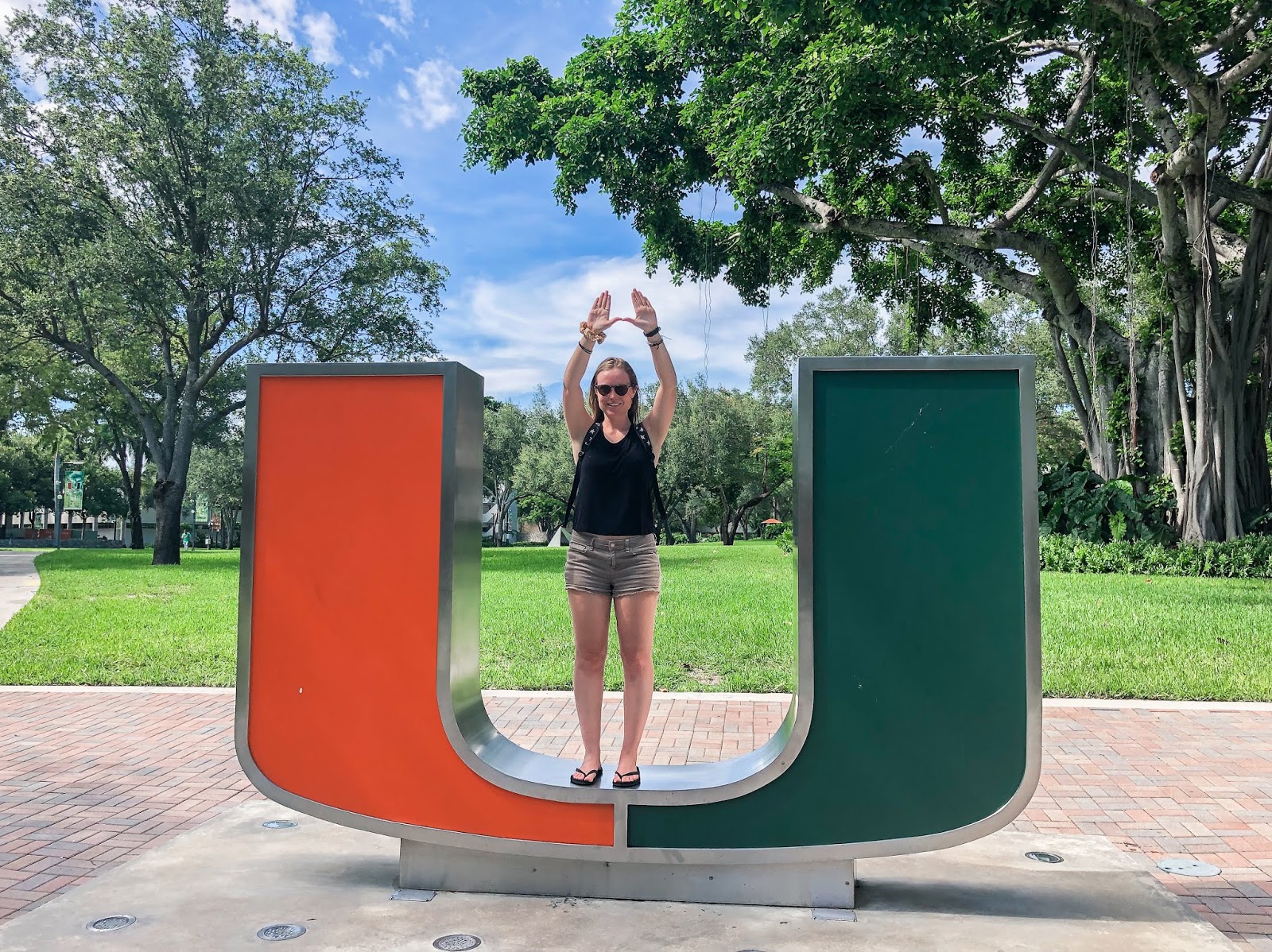 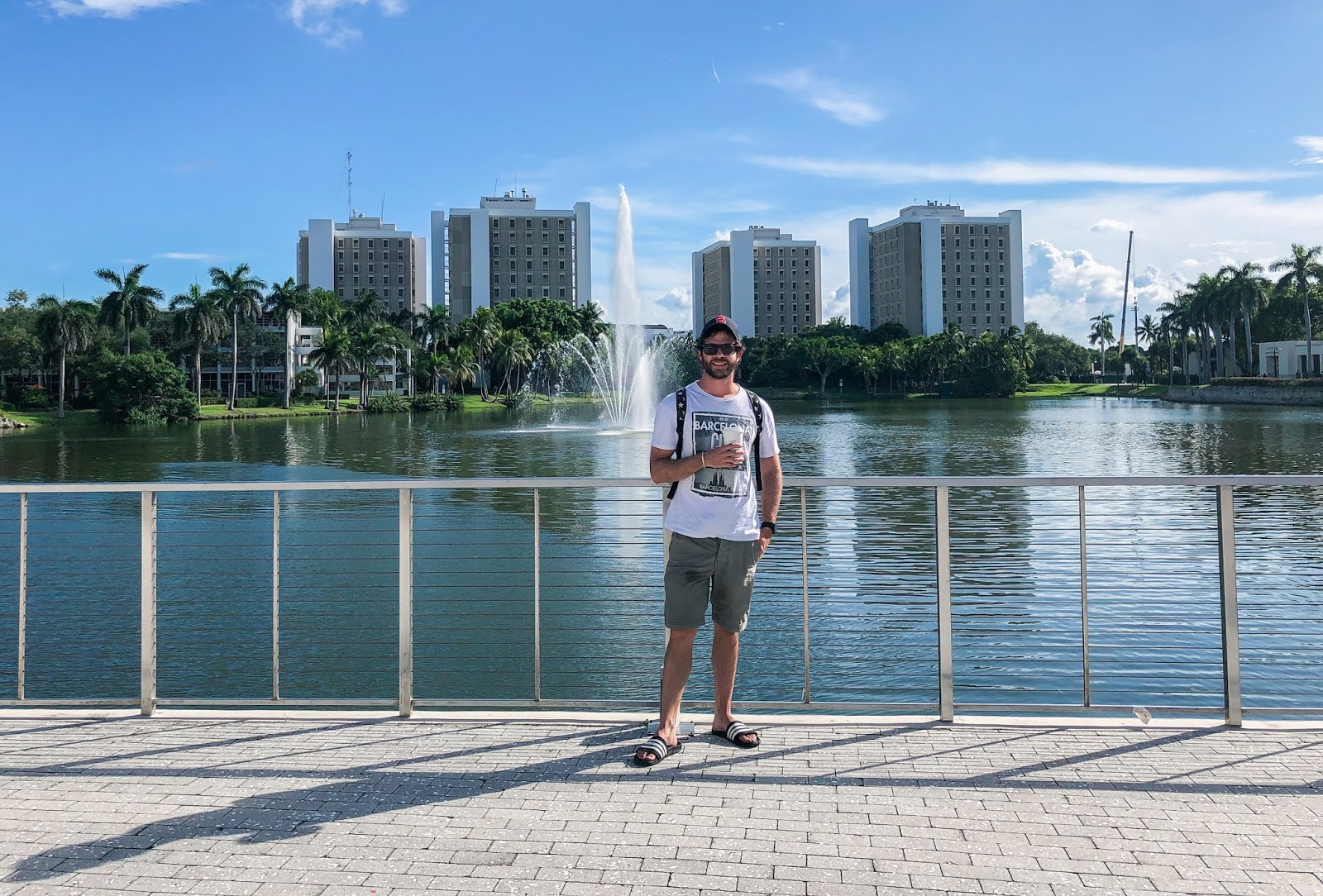 I went to the University of Miami from August 2010 - December 2013 and now my sister goes to UM. The campus has changed a bit since I attended, but I had so much fun showing Alex where I went to school and where I lived for 4+ years. UM is consistently ranked as one of the most beautiful campuses in the States - it looks like a resort. There are giant palm trees everywhere and a giant lake in the middle with manatees and alligators. I even raced canoes across the lake my freshman year. During finals week, the school even hangs up hundreds of hammocks all over campus. The weather is always great and kids are always tanning on the Green or at the pool between classes. Drake also filmed his music video for God's Plan at UM.


Night out on South Beach 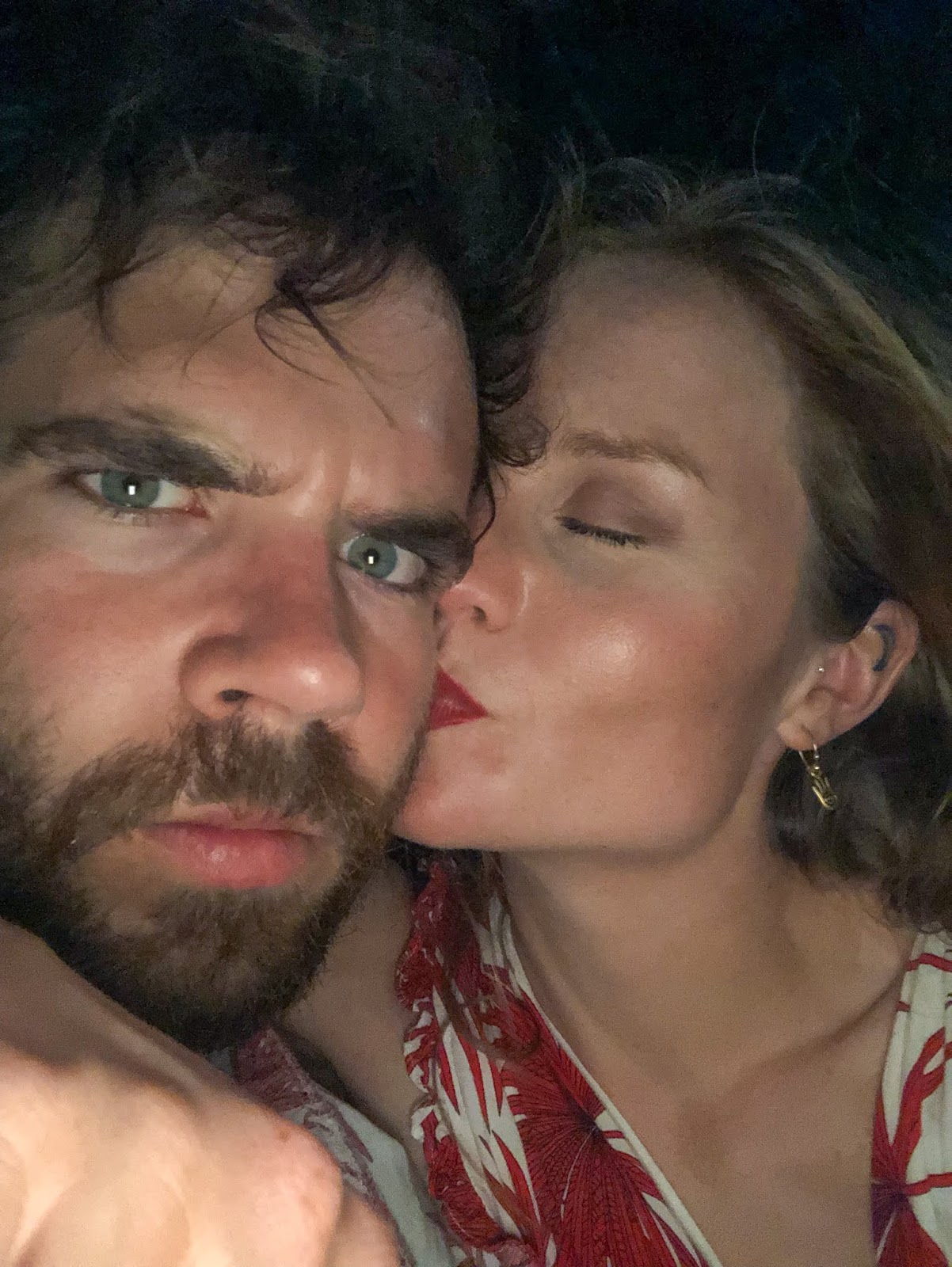 You can't go to Miami without going out on South Beach, but be ready to pay an arm and a leg. Alex and I had dinner on Ocean Drive and it was almost 100 dollars. Unlike other cities, don't bother going out in Miami until at least 11pm and be prepared to stay out until 5am. There are so many clubs and restaurants along Ocean Drive like Fat Tuesday, Mango's, and Nikki Beach. When celebrities go out in Miami, they go to Liv or Story on Miami Beach but trust me, they are way more expensive than they're worth. Usually, you just end up drunk at 5am on the beach wondering what went wrong haha.
P.S. Yes, that's the only pic we got that night and we look a little worse for the wear. 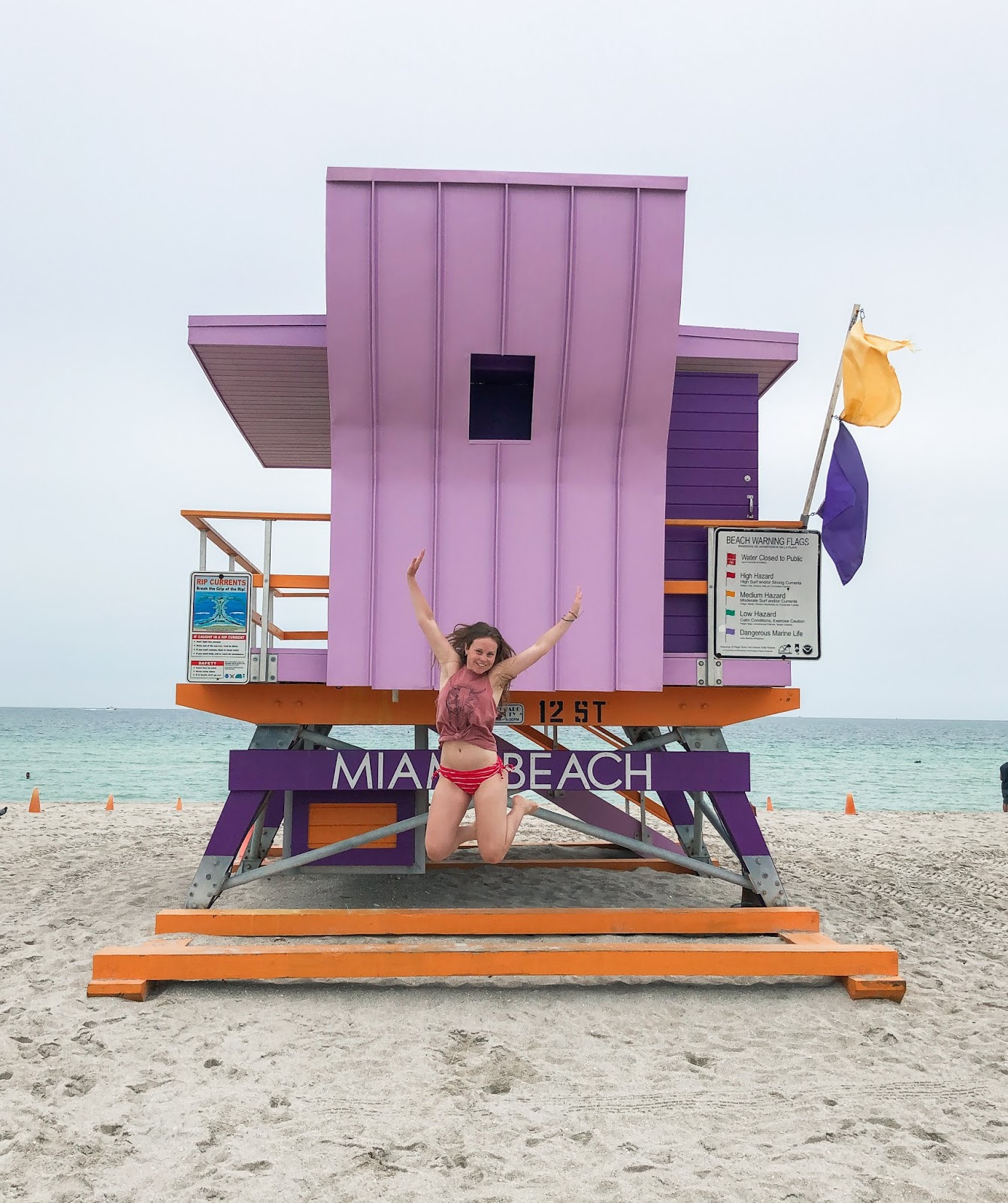 Miami Beach/South Beach is one of the most beautiful beaches in the States. There are tons of tourists and fun stuff going on around the beach. If you watch Burn Notice (Alex and I are obsessed) you'll recognize a ton of places. Public transport isn't great but there is a parking garage on 13th and Washington that is pretty cheap and usually has space if you get there before noon.

Where to eat: Versailles 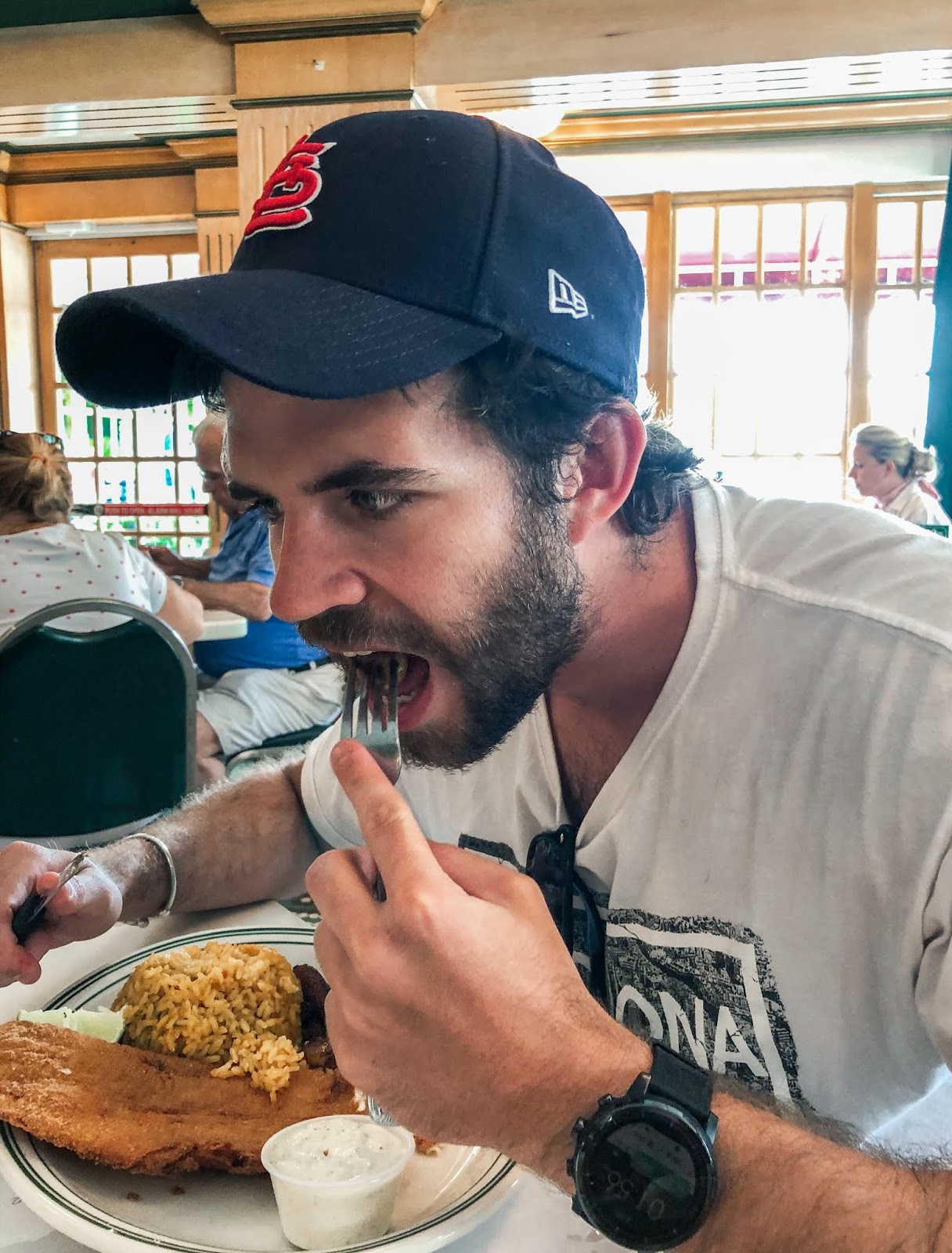 You can't visit Miami (aka North Cuba) without trying some Cuban cuisine. Versailles is probably the most famous Cuban restaurant in Miami. In addition to a restaurant, they have a small bakery and cafe for a quick, on-the-go treat. They gave Alex a Spanish menu because they thought he was Cuban - love it!

Hopefully one day I'll be able to create a more extensive blog post about my favorite things in Miami, but for now, here's to 24-hours in MIA!