The West Wing of the White House houses the Office of the President of the United States and contains the Oval Office, the Cabinet Room, the Situation Room, and the Roosevelt Room. If you watched the show, The West Wing, you get it.

The West Wing is normally closed to the public for security reasons, but my sister interns at the White House and arranged a tour for our family when we visited D.C. (for more about visiting D.C., check out this blog post).

The West Wing tour only starts after the president has left his office, therefore we had to wait until almost 10pm to get into the West Wing. Also, since there is no official tour, our "tour" was led by my sister's boss. We even saw Trump's Chief of Staff, Mick Mulvaney, giving a tour.

Many people don't know that the White House and West Wing are actually quite small, so a lot of the White House staff works out of the Eisenhower Executive Office Building next door. It's on the White House property but it is rarely seen in news clips or in photos.

The Eisenhower Executive Office Building houses the Office of the Vice President and many other offices. We got to tour Mike Pence's office and even sit at his desk. 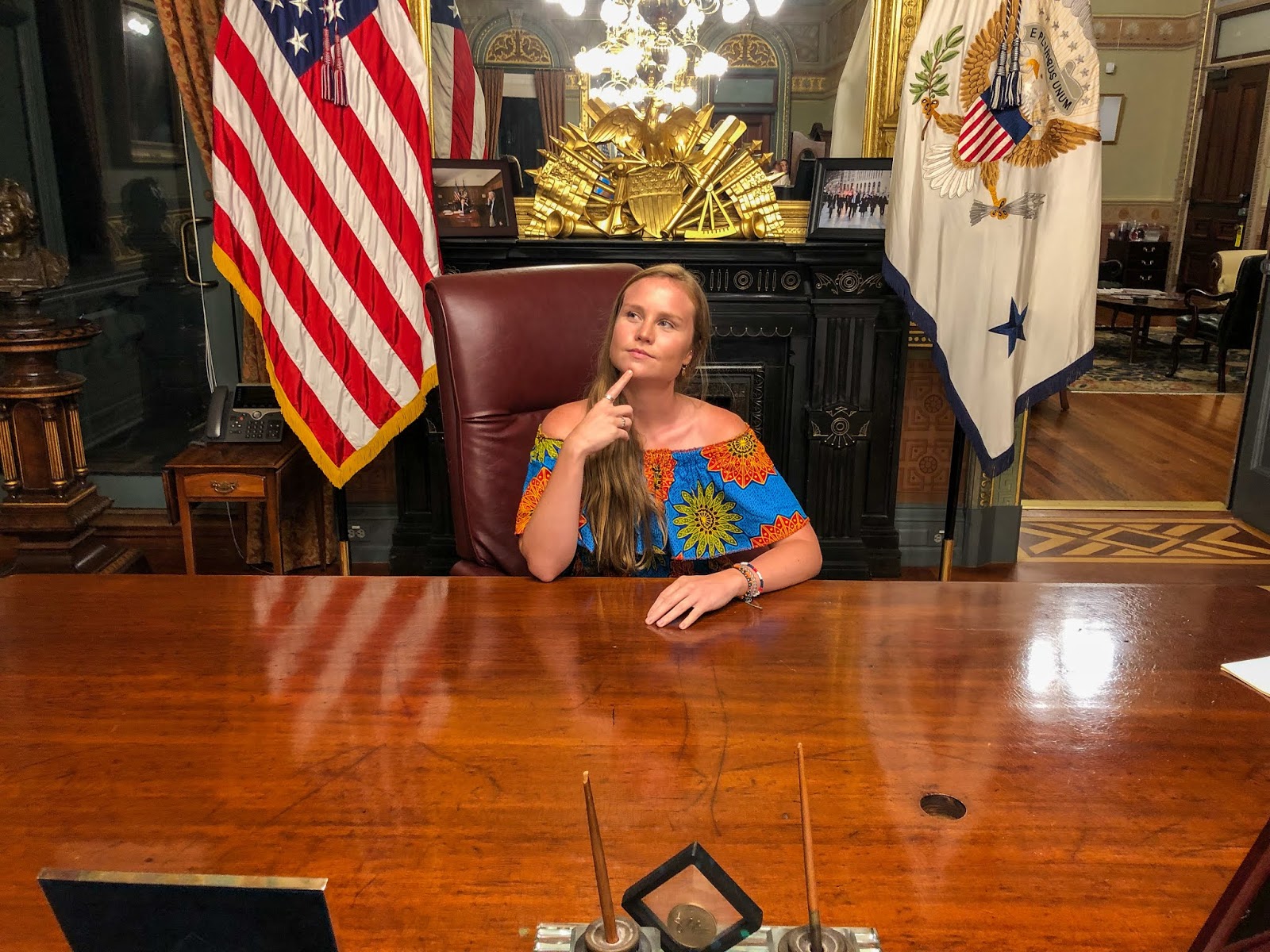 Another really interesting fact about the vice president's desk is that former vice presidents have signed the inside of the top desk drawer. Seeing their signatures up close and personal was incredible. So much history in one desk! 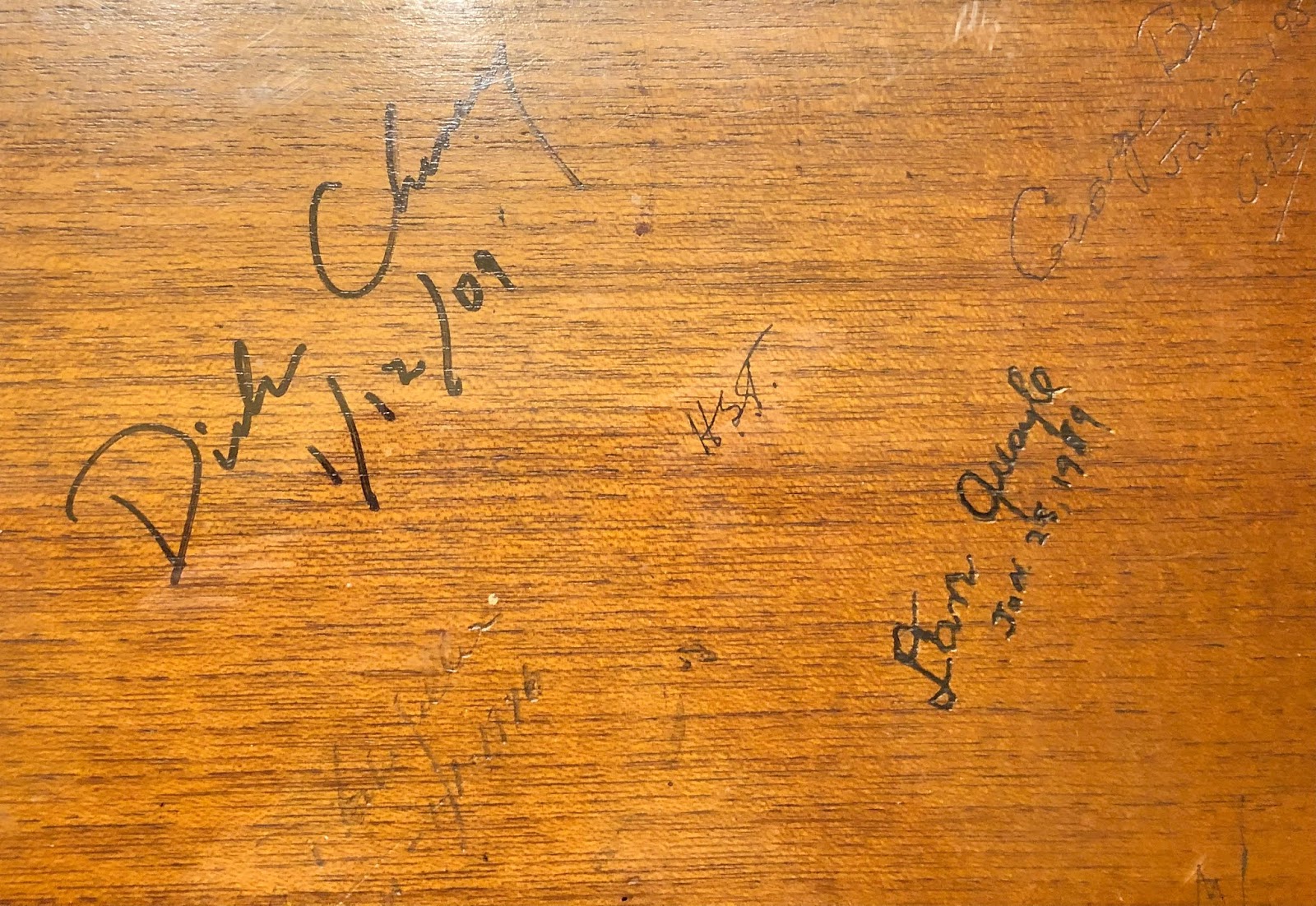 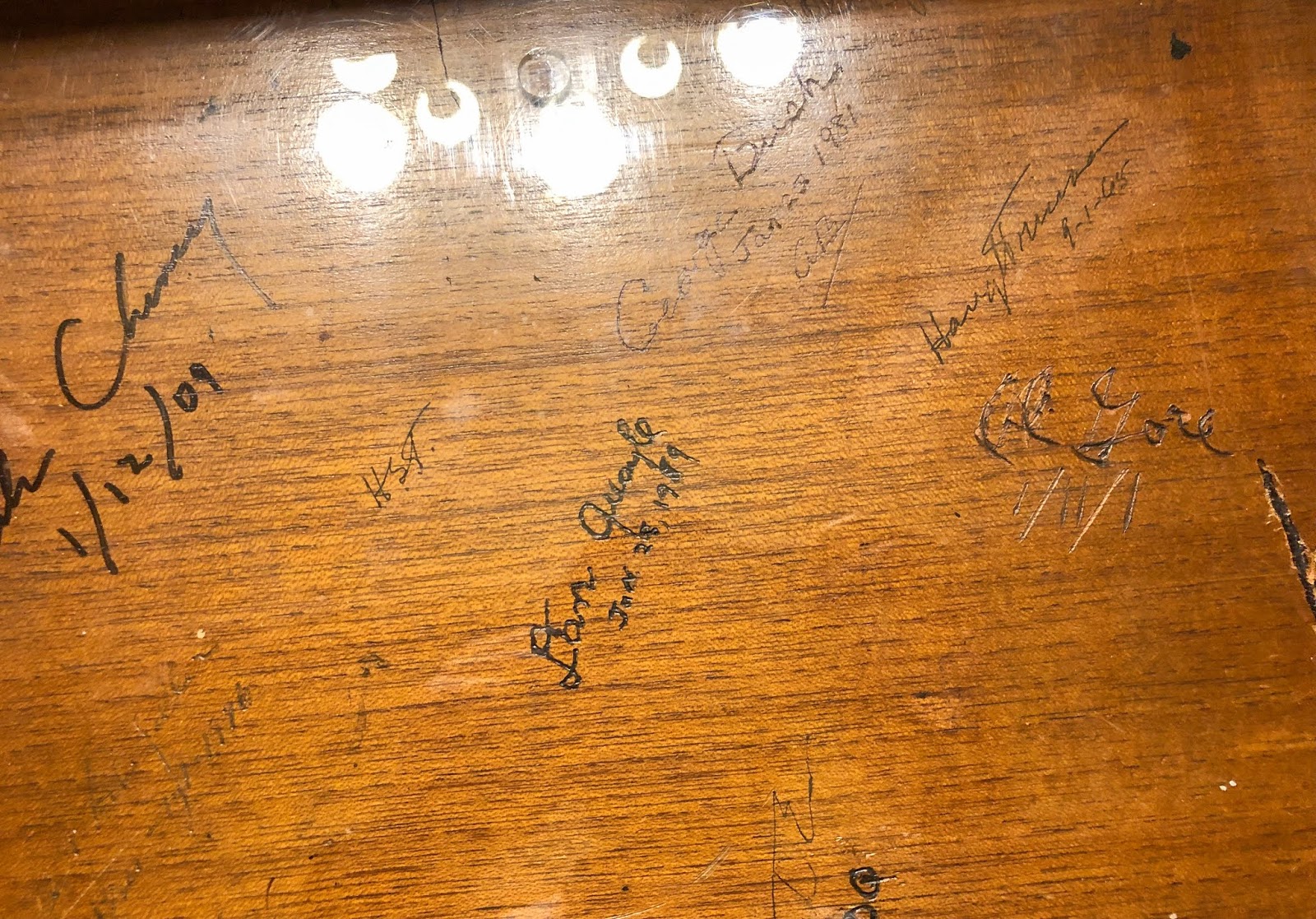 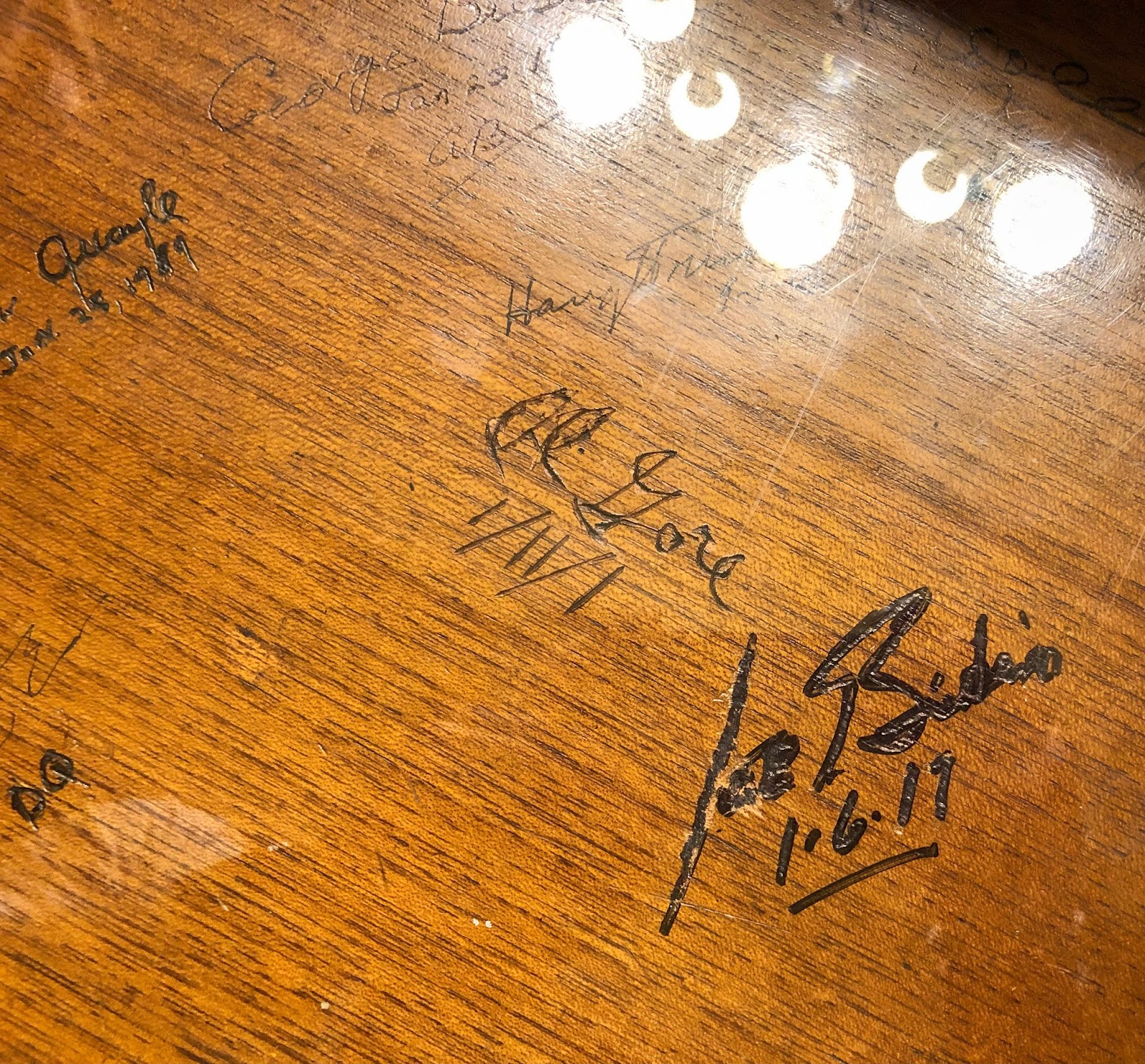 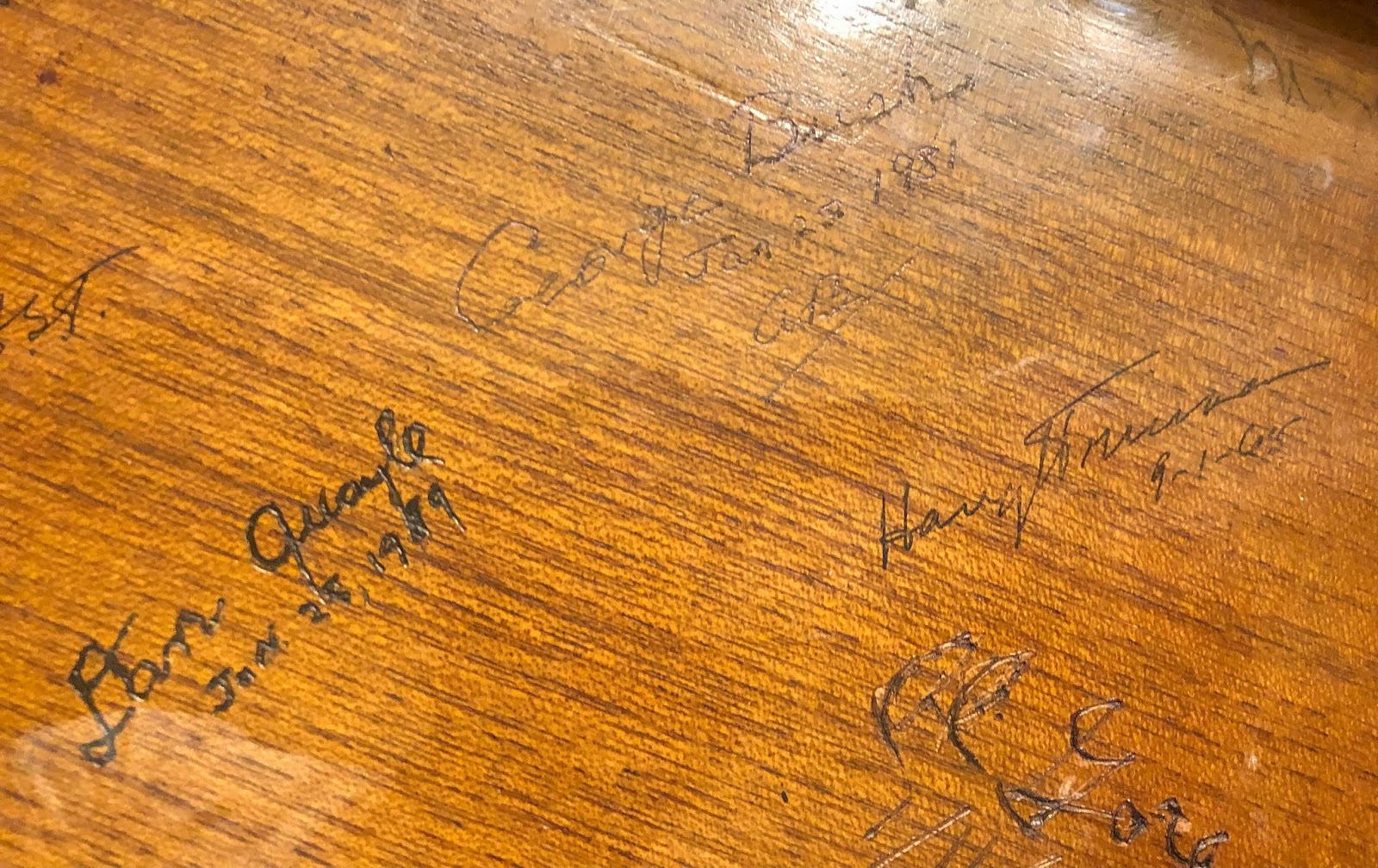 I may have indulged in some of Pence's cookies that were sitting out from an event earlier that day (don't worry, I got permission). 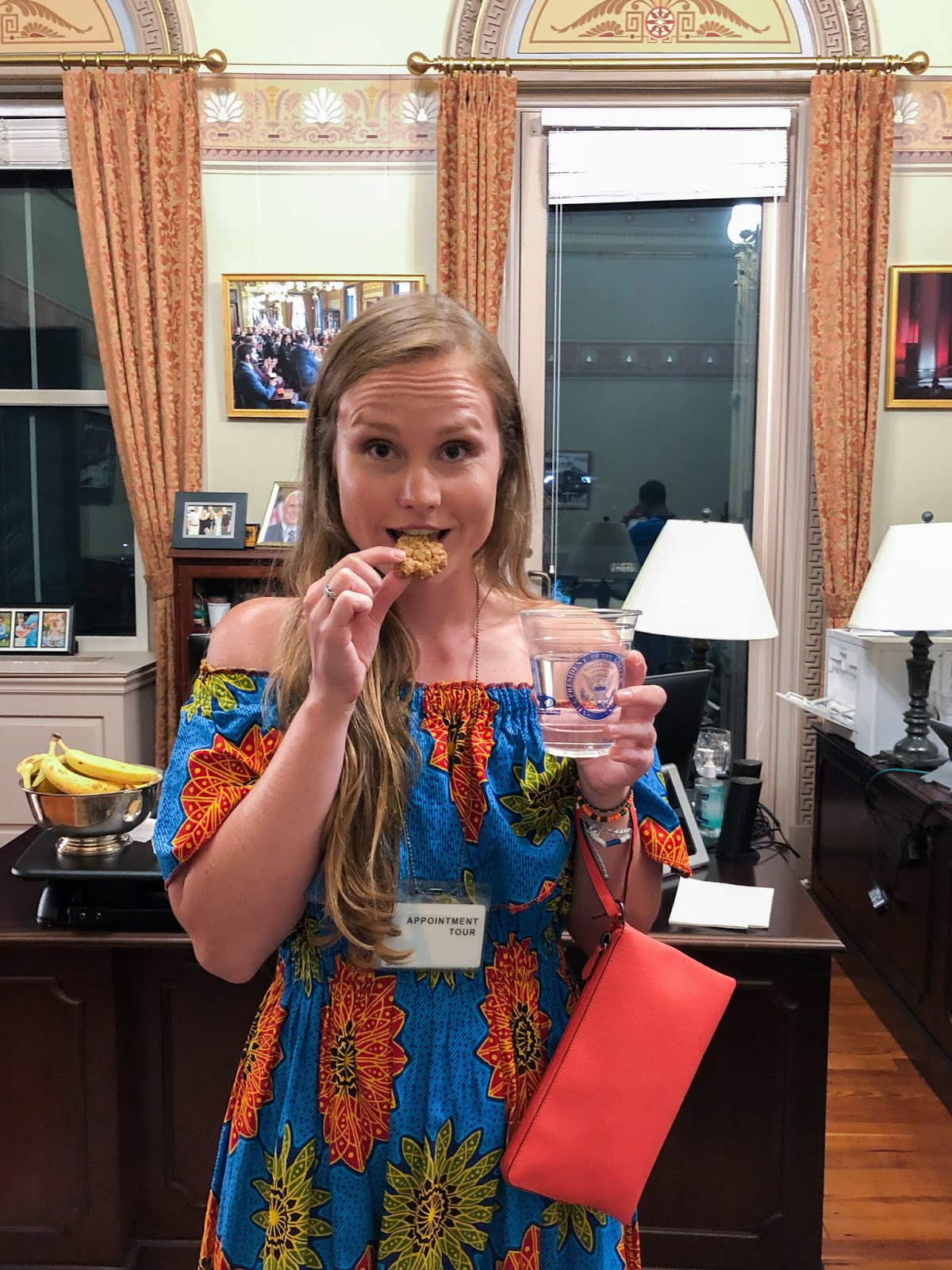 Fun Fact: the White House has a private pool for the first family. You can just barely see it hidden in the trees when you're standing on the vice president's private balcony. (Can you see the blue of the pool in the photo below?) From Pence's Private Balcony, you can also see the first family' living quarters (the half-circle window on the side of the White House). 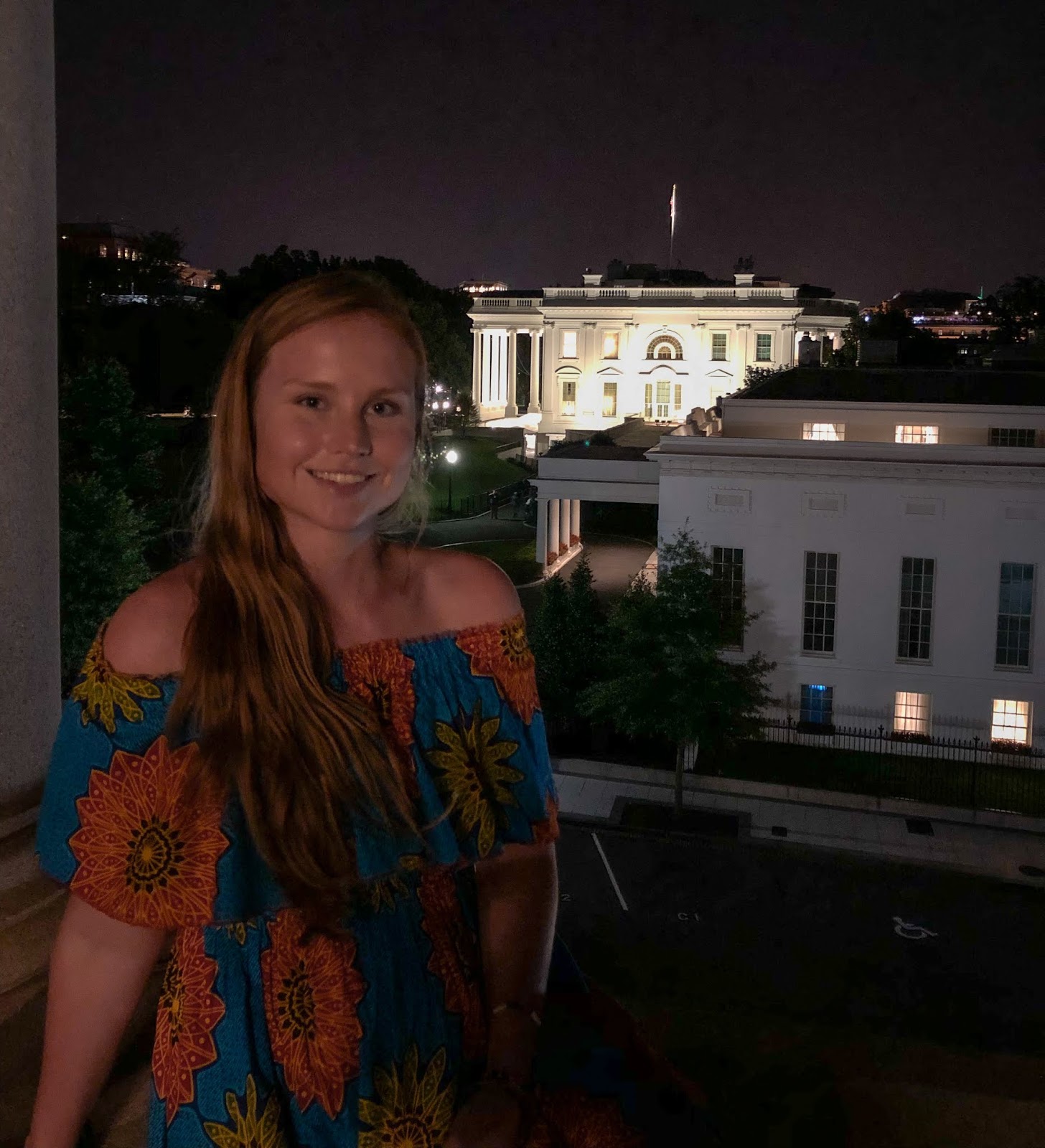 Once we made our way into the West Wing we weren't allowed to take pictures, but we saw the Oval Office, the Roosevelt Room, and the Cabinet Room. It was like walking through a living museum.


On our tour, we also got to go into the James S. Brady Press Briefing room. When you're facing the podium and sitting where the press cameramen are located, there is a hidden shelf where staffers have been putting trinkets, pictures, and souvenirs throughout the years. Fun fact: The press room was built over an old indoor pool, that's why they call it the Press Pool.


Touring the West Wing and Executive Building felt like walking through a museum. I also can't imagine someone getting to walk through my office after I went home for the day (how weird).
However, it was such a cool experience and I loved feeling so close to America's history. Regardless of political affiliation, anyone can enjoy this tour because great men and women from all political parties have walked these halls and sat at these desks.

What would you like to see most when touring the West Wing? Let me know in the comments!