London is amazing. It's a bustling city with so much diversity and so much going on. Despite the ample green space in London, sometimes living in such a big, busy city can be a bit overwhelming. That's why the one thing people told me to do when moving to London was to get out of the city for the day.

As an avid hiker (check out my hikes in the Drakensberg and on the Wild Coast) I joined the UCL Hiking Club and ventured out with them on a hike in the English countryside. Keep reading to learn all about hiking on the Seven Sisters.


What are the Seven Sisters? 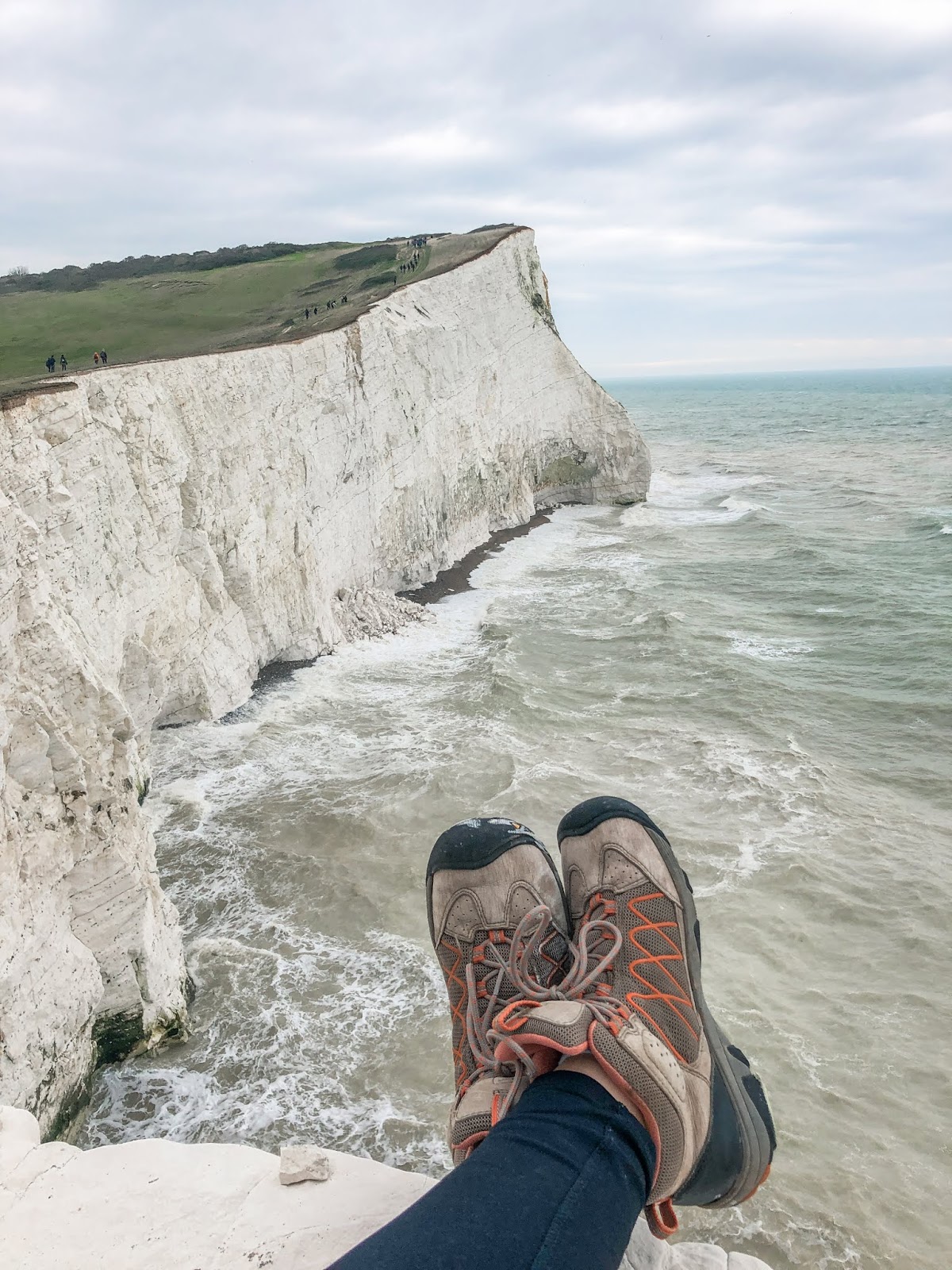 The seven sisters are made up of seven white chalk cliffs overlooking the English Channel. They are in the southern part of England in East Sussex between the towns of Seaford and Eastbourne.


How to get to the Seven Sisters from London 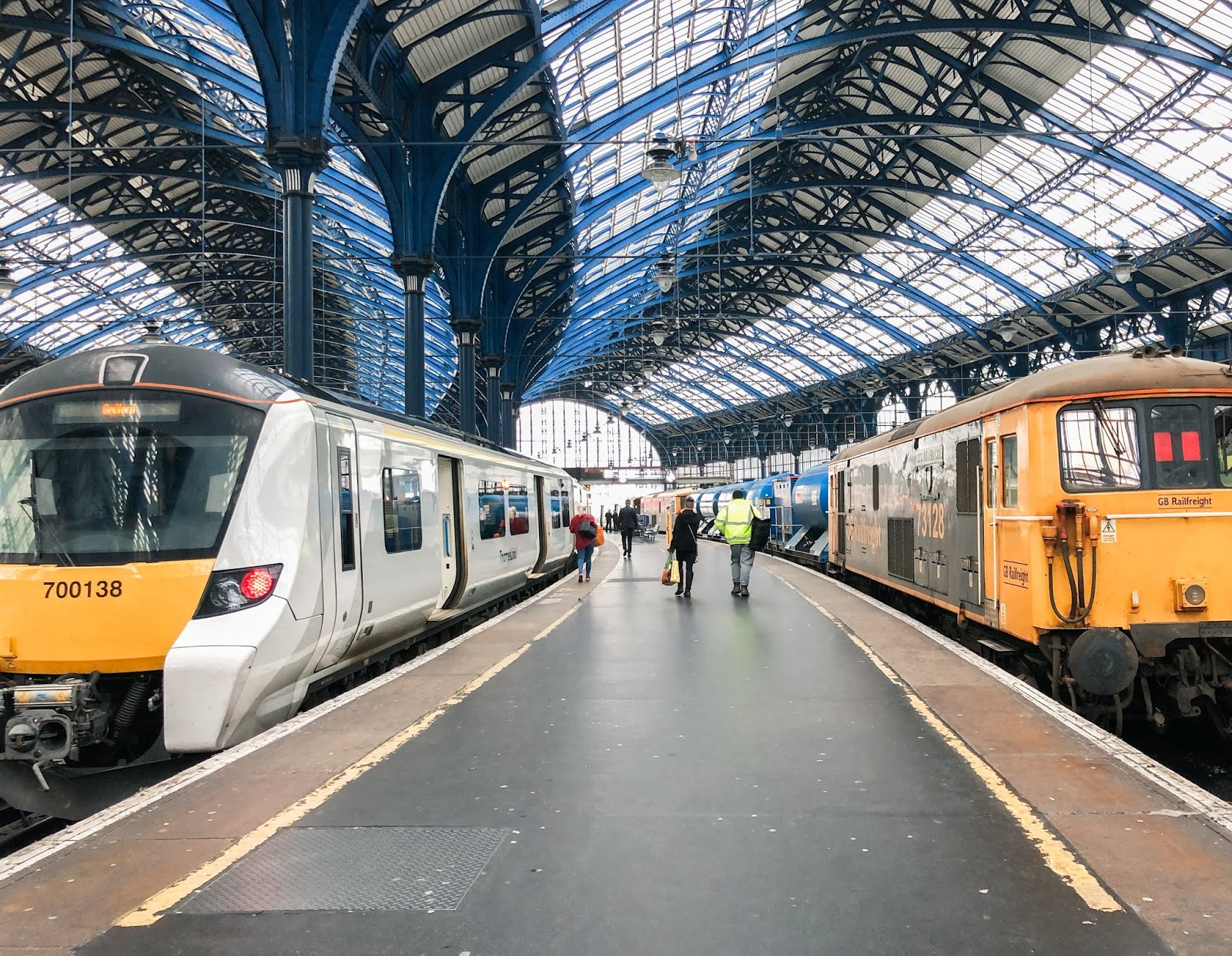 Hiking the Seven Sisters is an easy day trip from London. It only takes about two hours to get to Seaford from London on the train. All you need to do is book a ticket to Seaford and then a ticket back to London from Eastbourne (the location of the end of the hike). You can look up train times and buy tickets online at The Train Line. 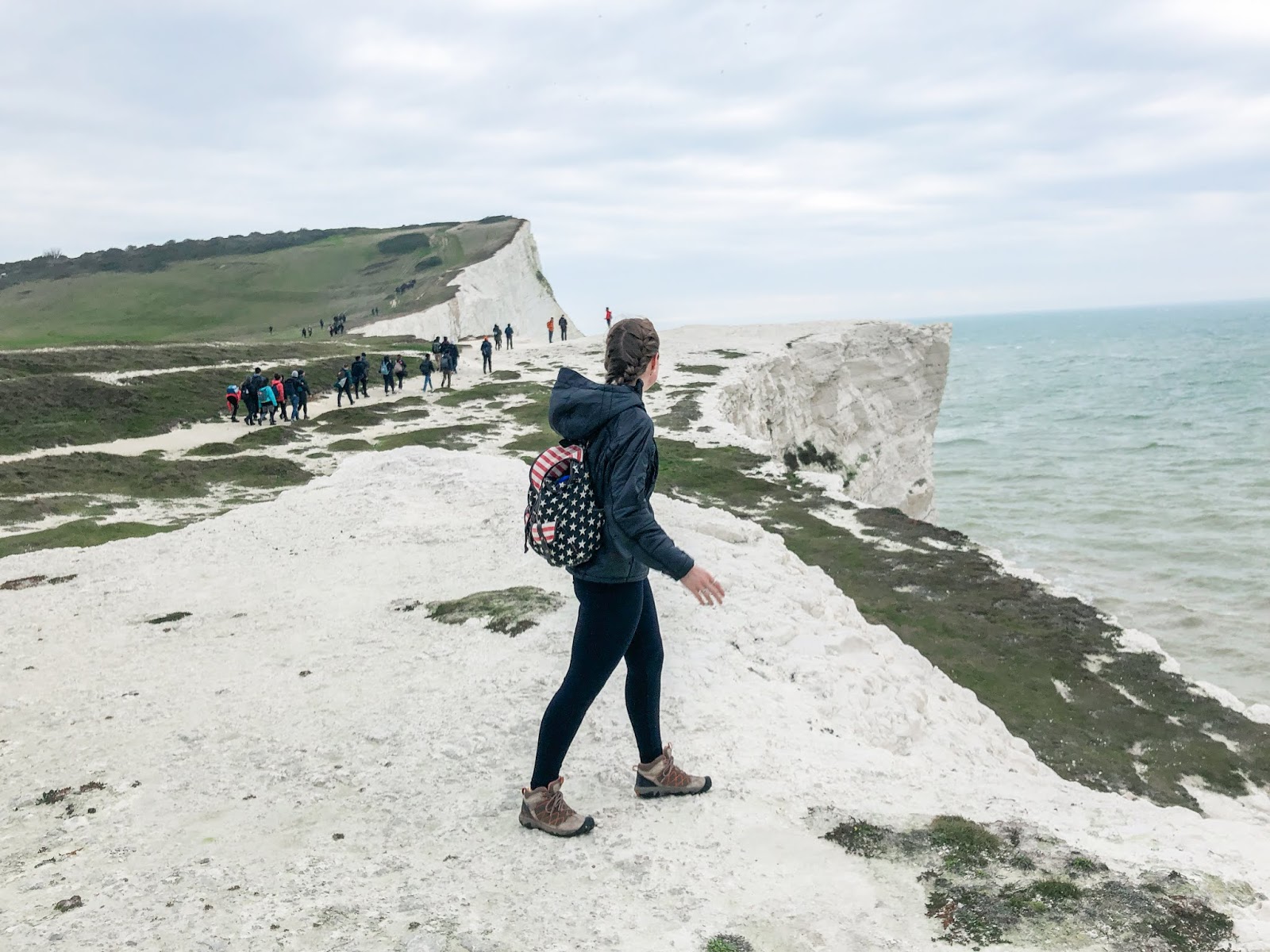 This a gorgeous but long hike. The hike is not well signposted, but the majority of the route is along the coast, which makes for easy navigation. I went with the UCL Hiking Club so we had a guide, which made the hike much easier. However, the National Trails website and the Seven Sisters Country Park website have trail maps and guides for the Seven Sisters hike if you want to go solo. I recommend bringing a packed lunch and plenty of water because there are not many places to stop along the hike.

Also, I'm convinced that there are actually more than seven sisters - more and more kept appearing the longer we hiked. 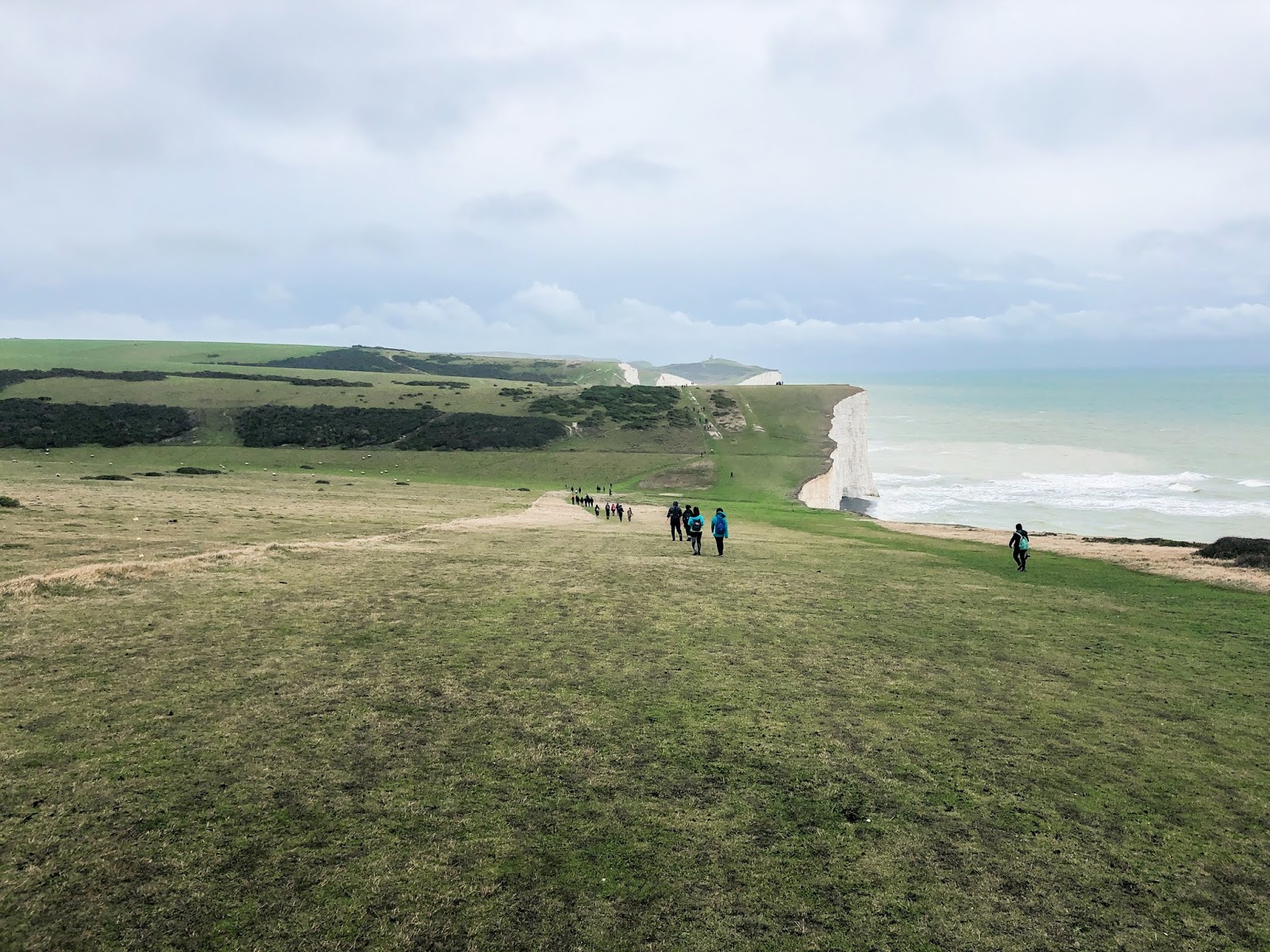 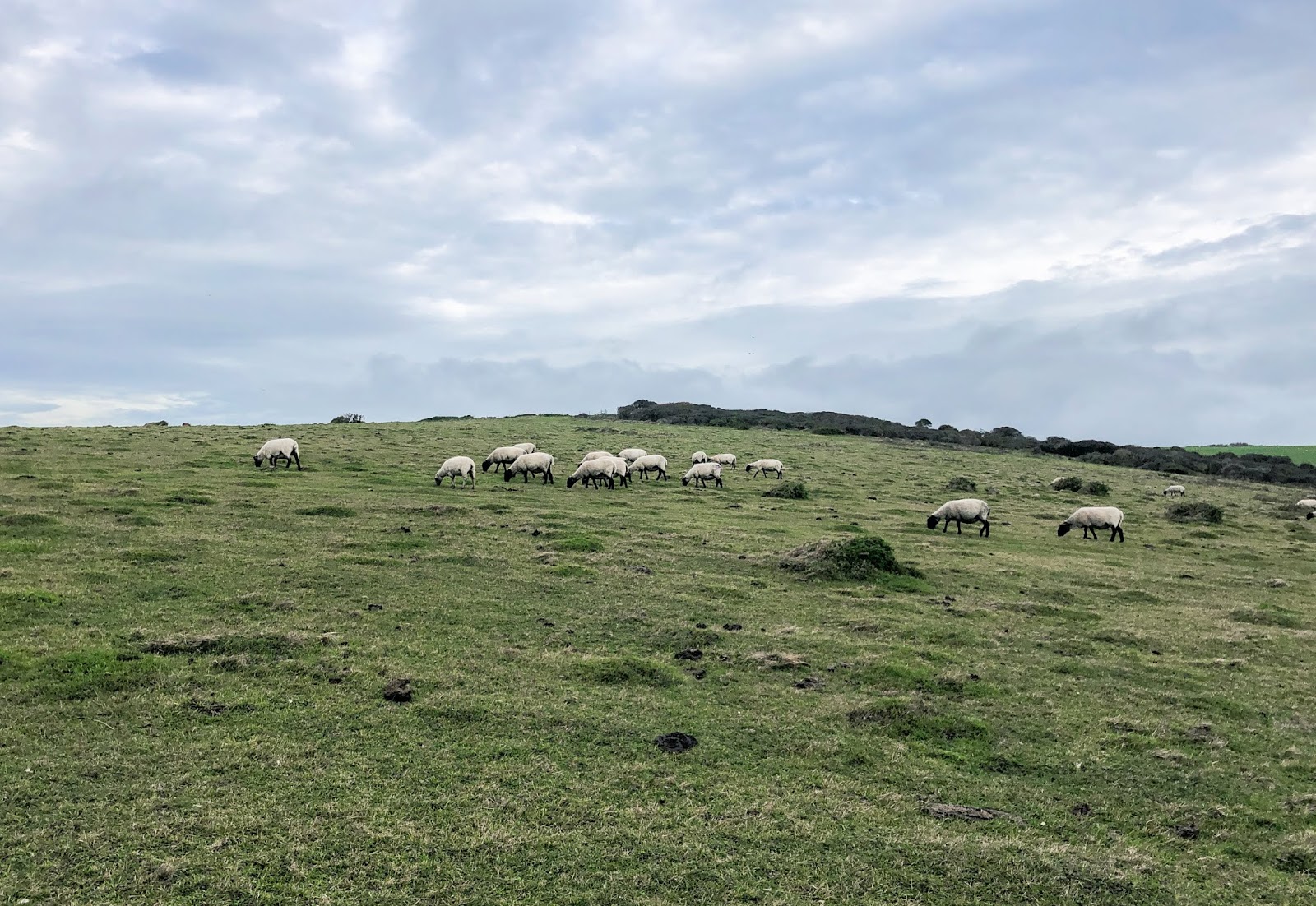 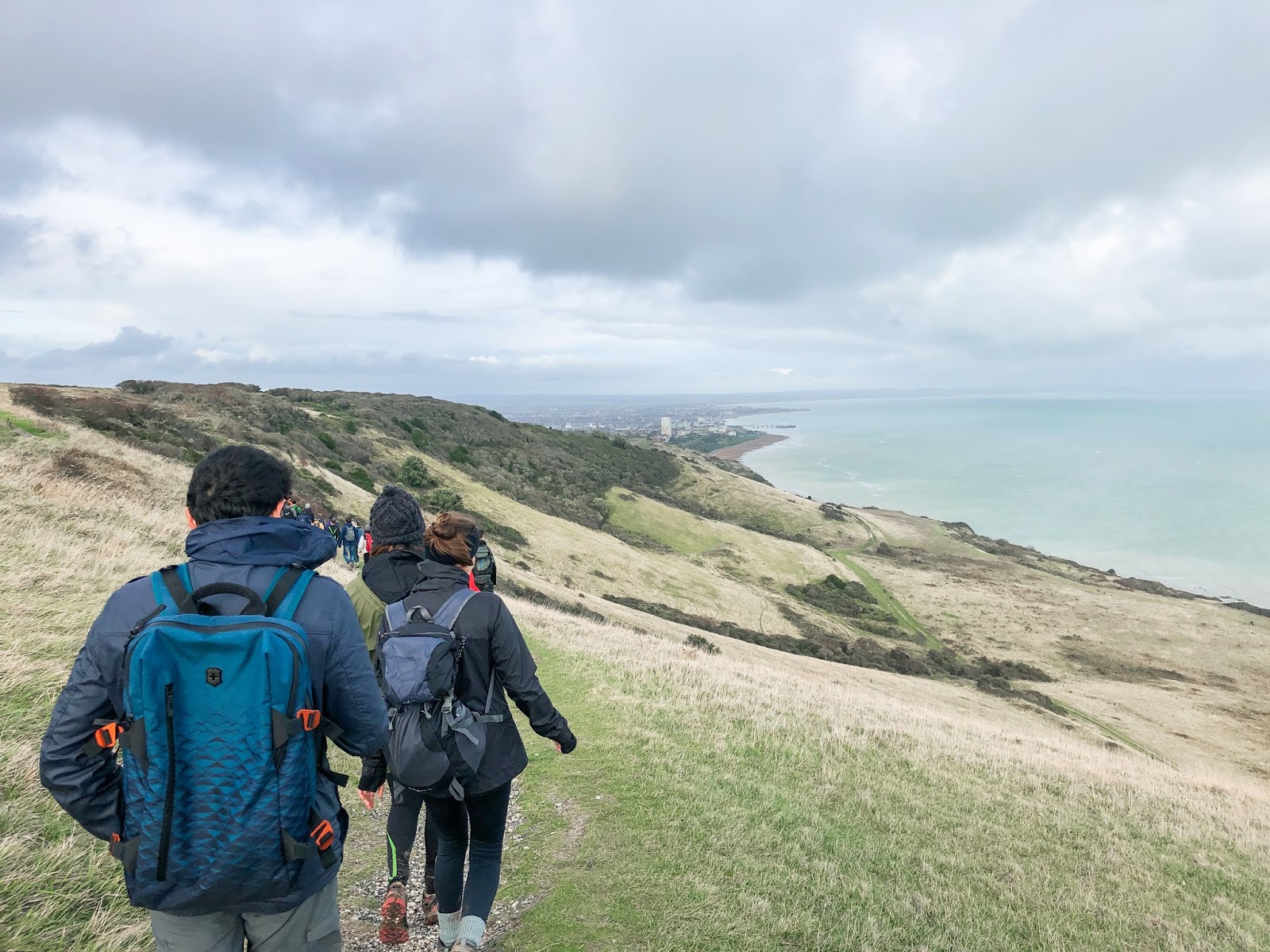 We hiked the Seven Sisters in October (which is one of the rainiest months in the UK) so it drizzled a bit and was a bit cold, but honestly, I enjoyed not sweating and not getting roasted by the sun. Also, in my opinion, cloudy days make for the best photos. The only downside of the rain was the amount of mud on certain parts of the trail. Some people fared better than others. 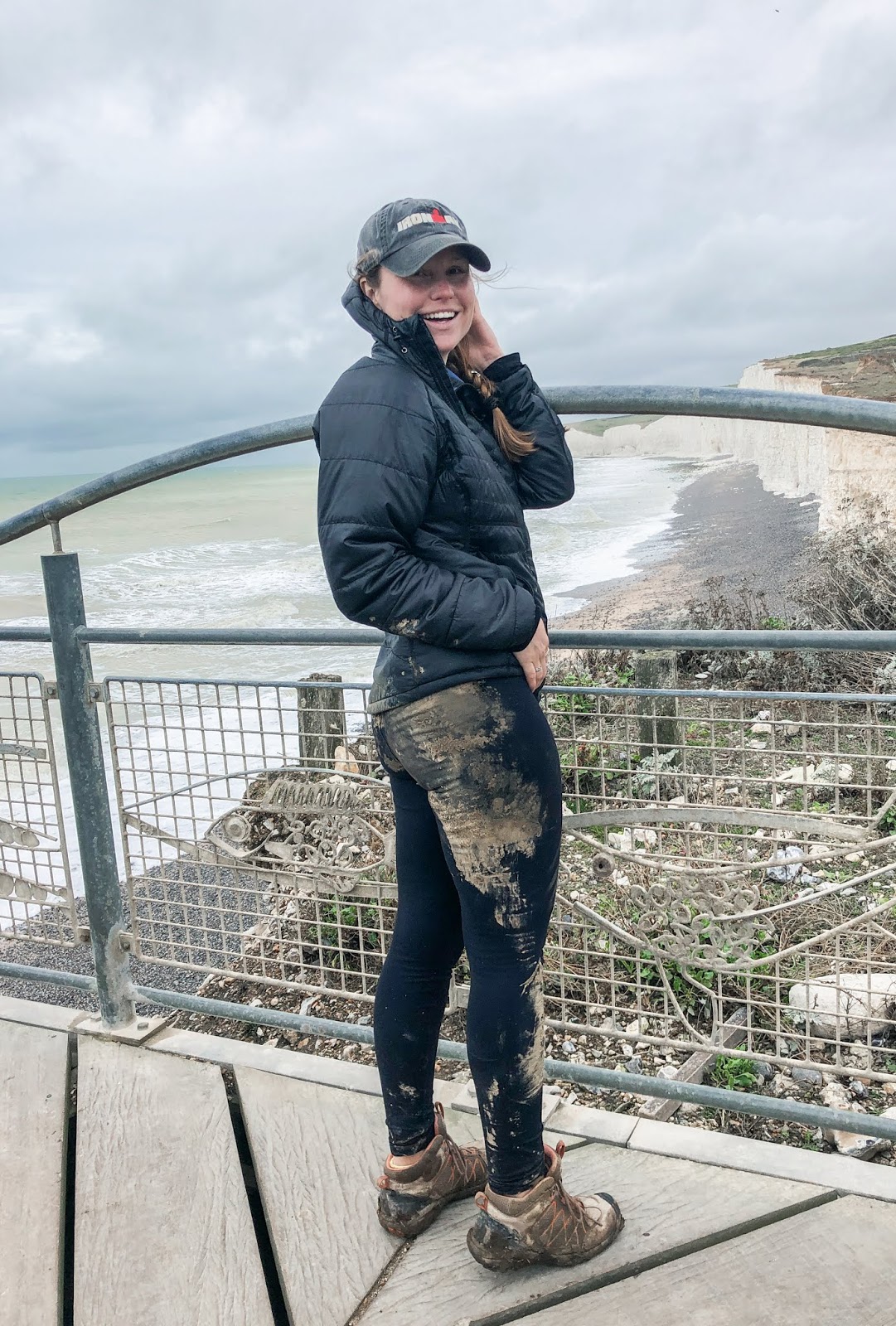 Have you hiked the Seven Sisters? What did you think? What other hikes should I do in the UK? Let me know in the comments!