How to spend 12 hours in Paris I love living in Europe where so many countries and different cultures are just a short flight or train ride away.

While Alex was visiting me in London we decided to take advantage of that opportunity to hop over to Paris for the day.

Here's everything we did with 12 hours in Paris. 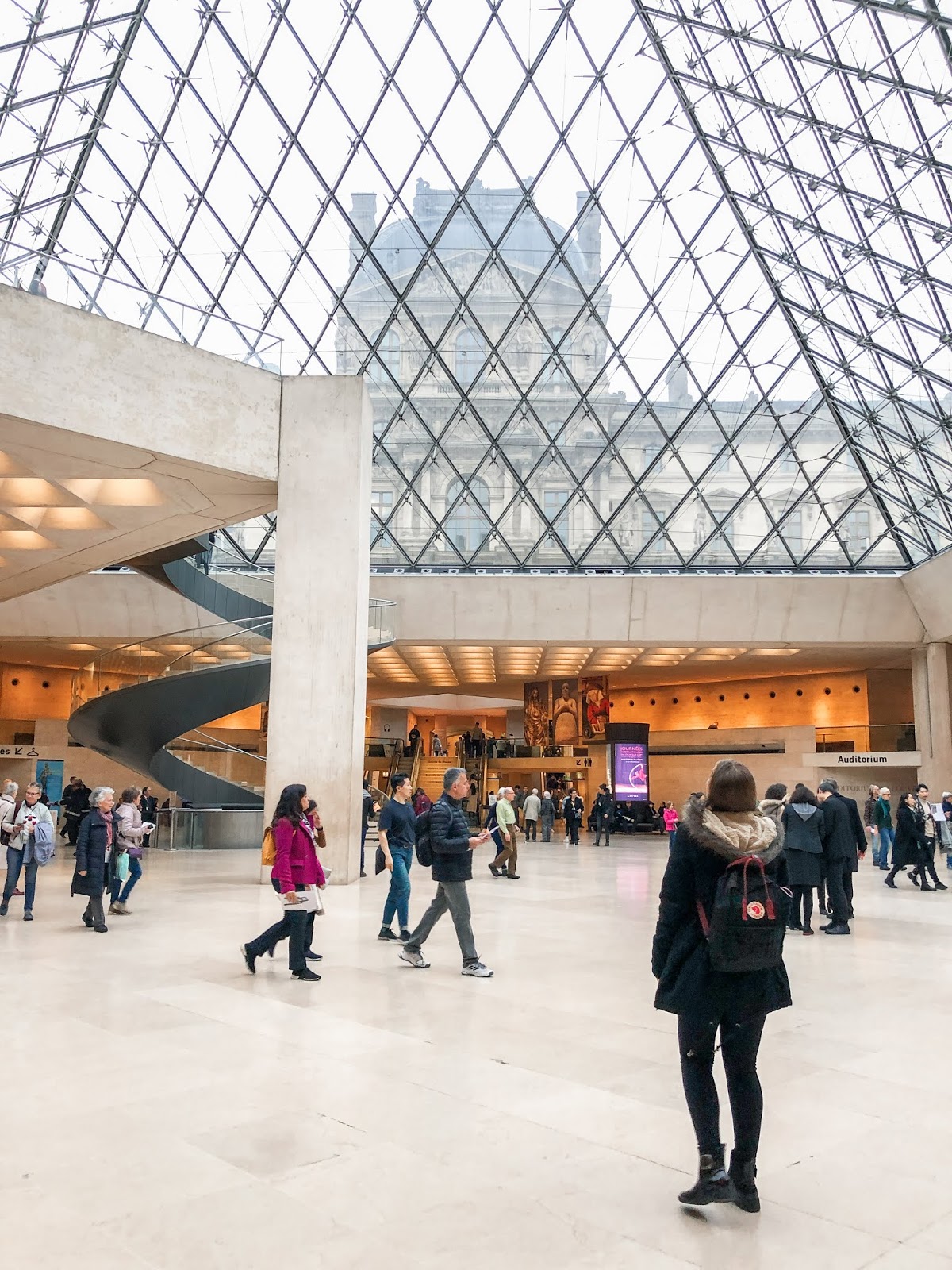 We started our day at the Louvre. I bought tickets online ahead of time, which is a must so you can wait in the shorter line and get into the museum faster. The Louvre is massive and it's impossible to see the whole museum in one day. If you plan ahead of time and prioritize what you want to see, you can maximize your visit. Alex and I sought out the Mona Lisa, Venus de Milo, Liberty Leading the People, and the Marly Horses. Check out my Instagram stories from France! 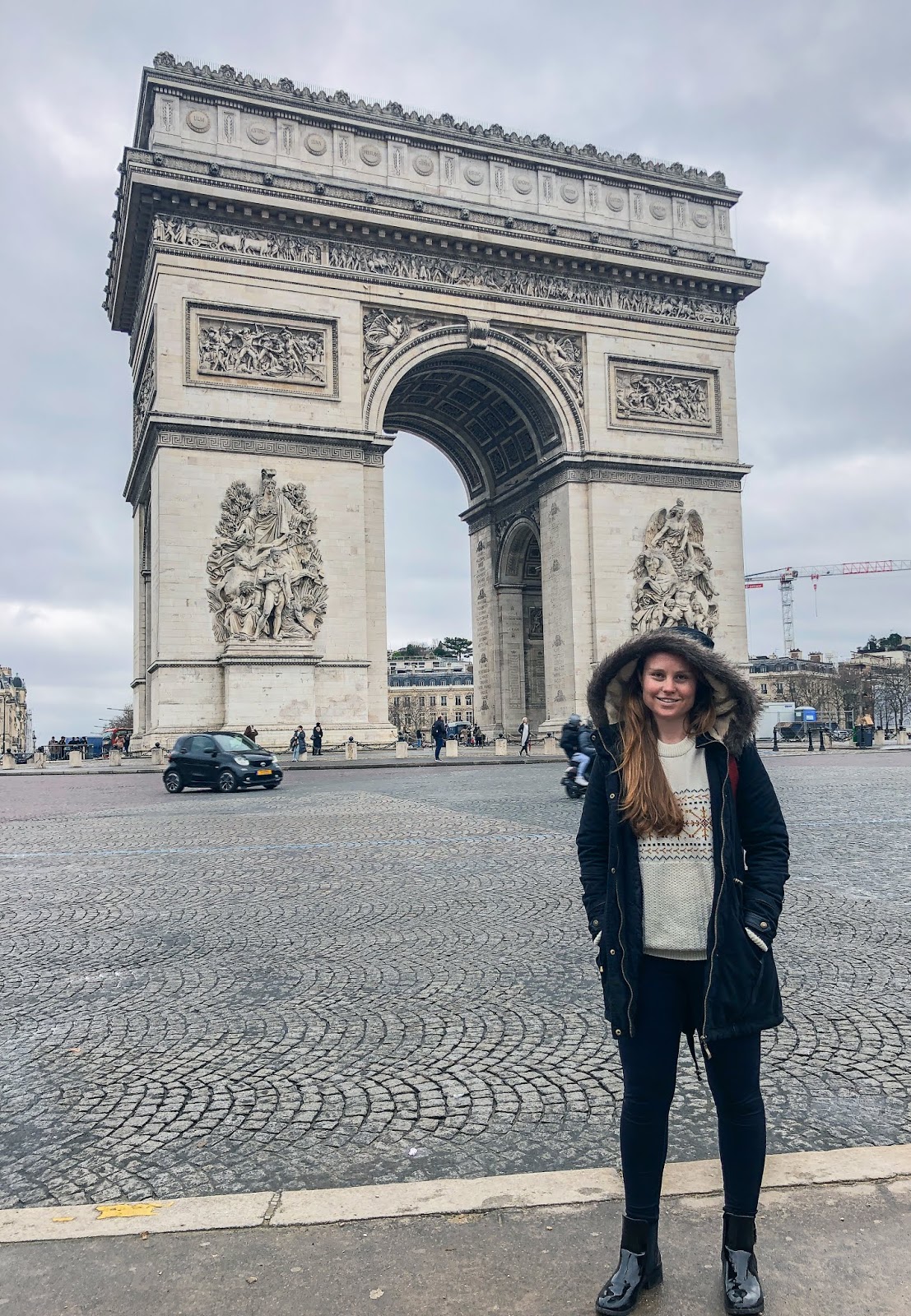 The Arc de Triomphe is a fixture of Parisian architecture. For €13 you can go to the top of the Arc but my favorite thing about the Arc de Triomphe is its location. It's placed right in the middle of the Place Charles de Gaulle, which is an intersection of TWELVE streets. I mean, can you imagine trying to navigate that chaos?!


3. Scooter around the city 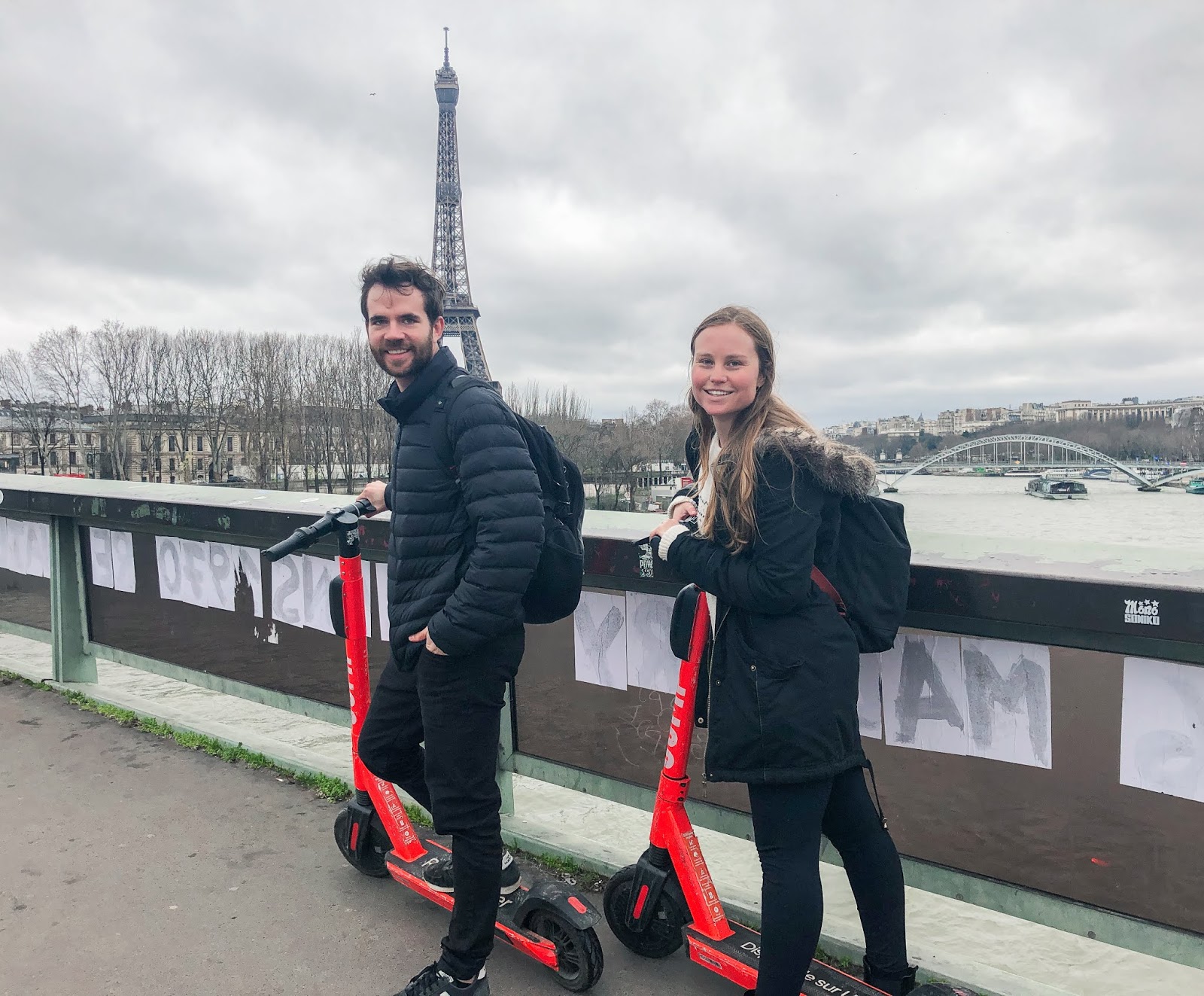 Alex and I used the transit strike (see below) as an opportunity to test out the scooters that all cities seem to be embracing these days. We used the scooters run by Uber and they were great. It took a little while to feel comfortable riding on the cobblestone streets and to not feel like a traffic hazard, but I eventually caught on. We rode for 36 minutes from the Arc de Triomphe to the Eiffel Tower and it cost €6.40. 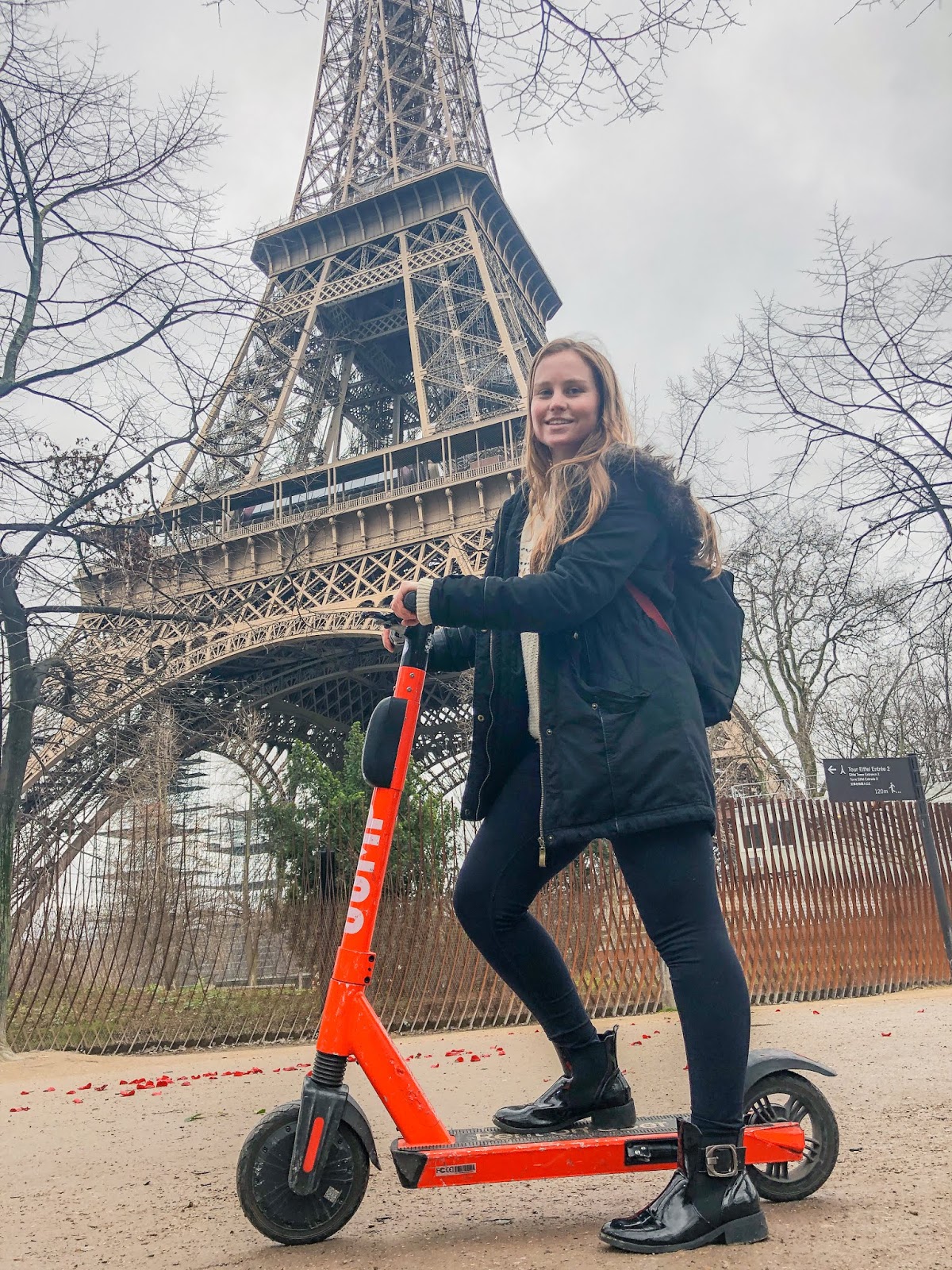 Can you really say that you've been to Paris if you haven't seen the Eiffel Tower? Alex and I had tickets to go to the top of the Eiffel Tower, but due to transit strikes, they were canceled (again, see below). We still got to walk around the base of the tower and take in all the sights.

5. Walk along the Seine 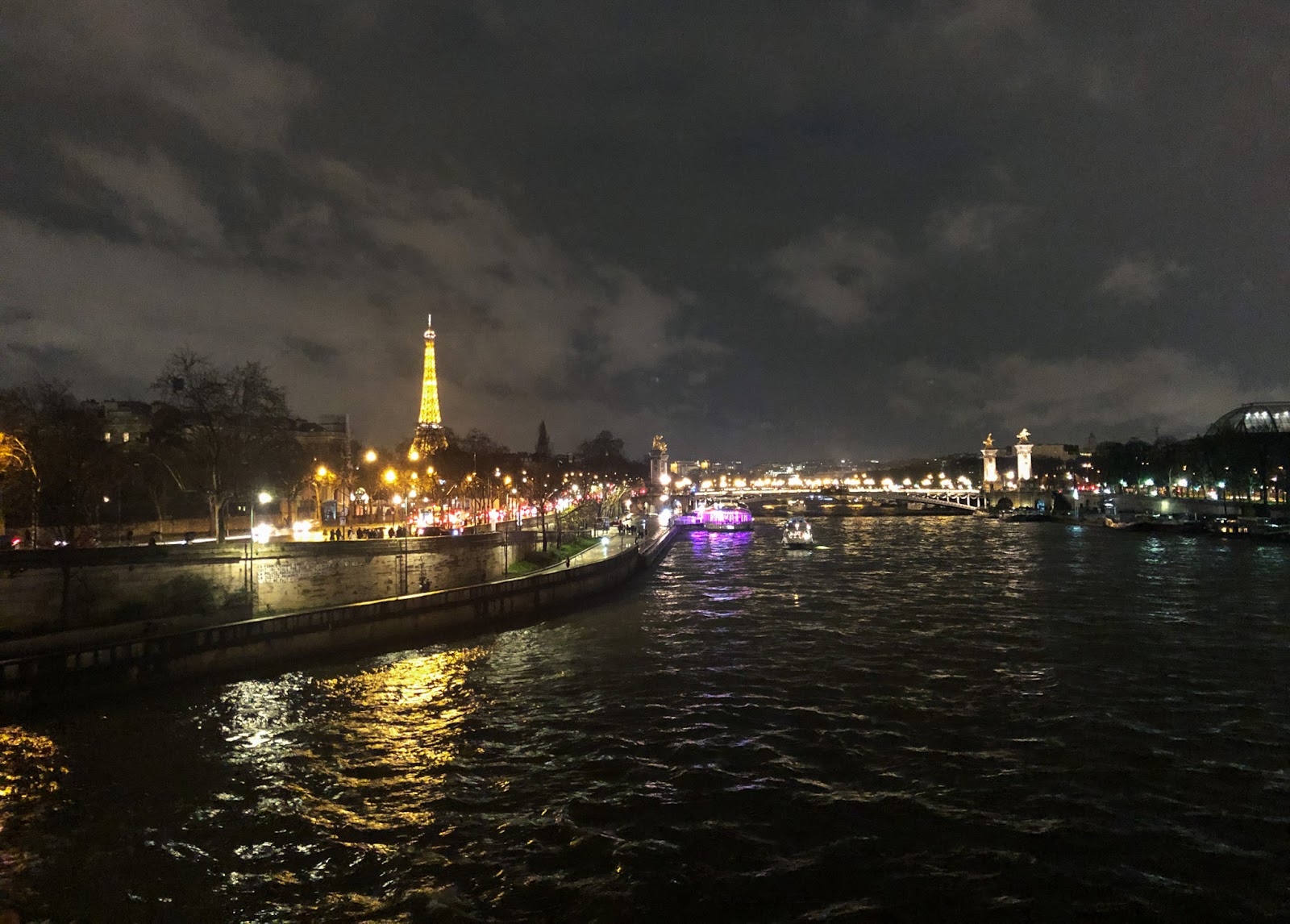 The Seine is the river that runs through Paris (and France). It's quite like the Thames in London - a bit dirty but nice for a stroll haha.


How to get to Paris? 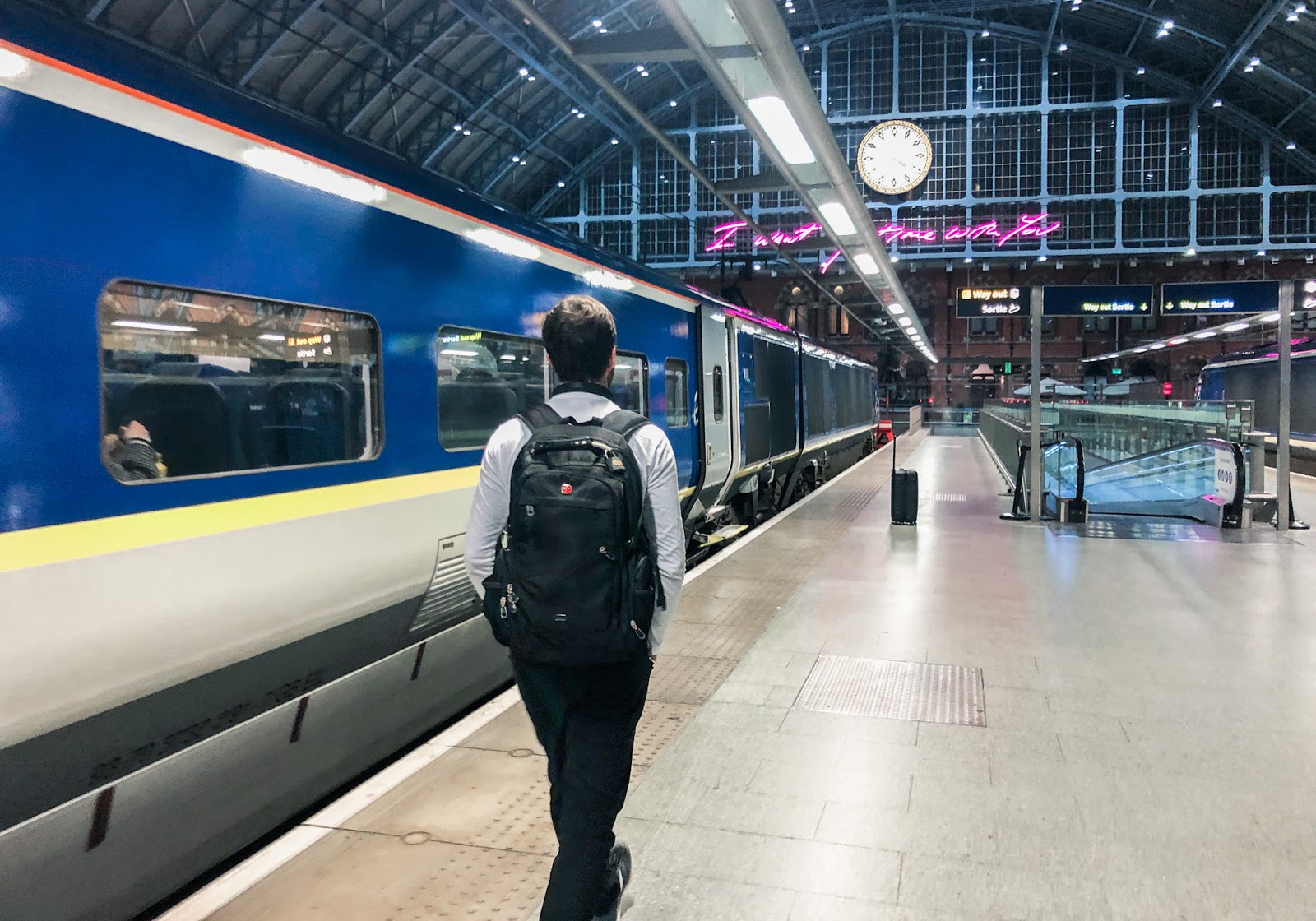 From London, Paris is a quick train ride away. We took the Eurostar, which is a bit more expensive than other trains in Europe, but I really enjoyed it. The ride from London to Paris is just over two hours and the trains are quite comfortable. The seats are big, there is more legroom than on a plane, and the tray tables are quite large (which is very important to me haha). Also, Eurostar leaves from central London, which is a more convenient location than Heathrow or Gatwick airport. Eurostar even has it's own security and customs officers, which makes the annoying part of travel go a lot quicker.

Alex and I caught the first train to Paris in the morning and the last train to London at night so that we would have a full day in Paris.

Tip: Your Eurostar ticket gets you discounted access to lots of museums and attractions! Click here for more information on Eurostar deals. 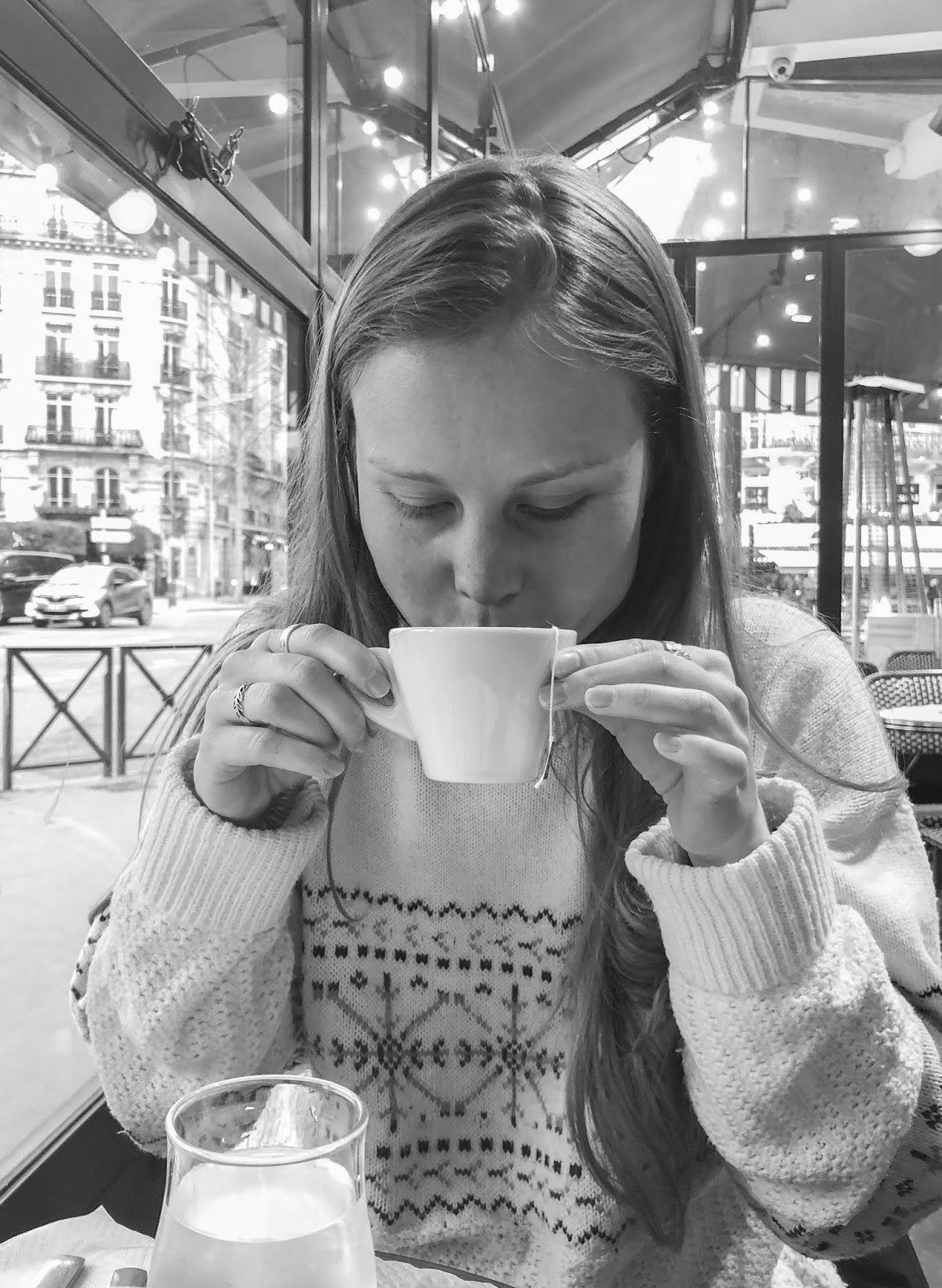 You know when you are starving and you eat something that tastes amazing but you don't know if it's amazing because you are hungry or if it is truly amazing? Yeah, that was us in Paris.

Alex and I stopped for lunch near the Eiffel Tower. The food was delicious and we had sugar crepes for desert - a Parisian favorite.

I also highly recommend the green menthol tea that is served all over France. When we went skiing in the French Alps the only green tea they had was this menthol version and I became obsessed. I brought two boxes back home to London.

My friend highly recommended Ladurée for traditional French macarons. We stopped by their shop on the way out of the city and they were delicious.

Tip: Tipping in Paris is not a necessity, but the waiters can spot a tourist from a mile away and they may guilt you into tipping by saying, "the tip isn't included on the bill" as you offer over your credit card haha.

I want to write an entire blog post about all my travel fails, but for now, I'm just going to include them into each individual blog post. This fail wasn't really my fault, but it was a fail nonetheless. We happened to travel to Paris during a city-wide transit strike. Not only was our Eurostar departure from Paris changed, but the Eiffel Tower was closed and getting around on the metro was a nightmare. Obviously, we could not anticipate a transit strike, and although we were given the option to change our tickets, this was the only time that Alex and I could travel. It all worked out in the end and now it's a funny story that we can tell.

What you do in Paris with only 12 hours? Let me know in the comments!
travel
Location: Paris, France